Caitlin O’Neal has long dreamed of being a teacher, and she recalls a desire to “change the world through teaching.”

When it came time for college, O’Neal decided to pursue a degree in early childhood education and entered the field she expected would frame her professional career. After five years teaching in one Arizona school district and, later, in two more school districts in South Carolina, she began to have doubts. Following an incident with an unruly student at John P. Thomas Elementary School in Richland 1 school district, she decided to leave the profession.

According to a study released in January by the Center for Educator Recruitment, Retention, and Advancement, also known as CERRA, 35 percent of teachers who left the profession had five or fewer years of experience in a South Carolina public school classroom.

The report goes on to note that approximately 7,300 teachers left their positions during or at the end of the 2017-2018 school year, marking an increase of nearly 10 percent compared to the number of teachers who left during or at the end of the previous school year. Of those who left, 27 percent reportedly went on to teach in another South Carolina public school district, leaving more than 5,300 teachers who are no longer teaching in any public school in the state.

As a teacher in a Title 1 school, where the majority of the students come from disadvantaged low-income households, O’Neal felt the effects of the shortage in every way possible, from spending her own money on classroom supplies to constantly worrying about the well being of her students long after the day had ended.

“I felt that no one cared,” O’Neal, who lives in Columbia said, referring to parents and administrators at each her previous schools.

While making no judgment of the parents of the children she taught, she said the instabilities in students’ home lives often carried over into the classroom.

“It gets to the point where I can only do that much. And the kids know that too and that’s the problem; they know there’s only so much I can do,” she said.

“Schools should be more of a stability for them, and that’s the only place that they get it, and that was part of the reason why it was most difficult. I felt guilty for leaving because I was the one stable person that they had. And that’s what made me feel bad is that I now was going to be that other person in their life who was deserting them,” O’Neil said.

O’Neil left her most recent school the end of February, just past the middle of the school year.

“I felt that the time that I left, that the kids I was able to reach and teach, that I’d given them what I could have given them at this point. By that time of the year you’re pretty much done with a lot of the material, so I had to do it for my mental health,” she said. She acknowledged the guilt she felt for leaving students and her co-workers.

The National Education Association notes another significant reason teachers are leaving the classroom to pursue other careers is low pay.

The NEA notes that during the 2017-2018 school year, new South Carolina teachers were paid an average of $33,148 a year. Following the statewide teacher walkout this past spring, South Carolina lawmakers agreed to raise new teacher salaries by roughly 9 percent in the hopes of attracting new teachers to the state. All other teachers got a raise averaging around 4 percent. However, a new study released by WalletHub in Sept. 2019 ranks South Carolina 42 for 10-year change in teacher salaries.

While those changes are showing an increase of recognition and awareness of one of the struggle’s teacher’s face, O’Neal feels that it takes more than pay raises alone to keep teachers in the classroom.

“I just think until everything’s viewed completely differently, nothing is going to change to really benefit kids,” she said. “Everyone thought that No Child Left Behind would really benefit everyone and it really hasn’t done very much at all.”

However, Todd Scholl from CERRA says that recruitment is the root of the problem in retaining high quality teachers in South Carolina.

“I know that there’s a lot of Clemson and USC fans watching the games right now and hoping that their team is going to be successful, ” Scholl said. “And one of the ways that they are successful, probably the most important way, is by recruiting the best players to the team and then developing and retaining those players so they can win championships. It makes the same type of sense that the state wants to have a championship caliber education system that they would invest a lot into recruiting and retaining the best teachers.”

Despite this, O’Neal, who now works as a paralegal, still holds out hope that teachers can mold the lives of the students they teach.

“I feel bad when somebody asks me about my teaching experience, because I had a poor experience, but that was me. That was my experience and where I was and my mindset. I just don’t want anyone to be discouraged to be a teacher because you could be that one in a million.” 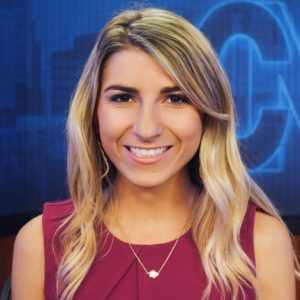 Kat Polowczyk is a broadcast journalist from Virginia Beach, Virginia. Polowczyk spent the summer at CNN in Washington, D.C. at The Situation Room with Wolf Blitzer. While at CNN, Polowczyk covered major events such as former special counsel Robert Mueller’s testimony on Capitol Hill and assisted in package production for White House and national security pieces airing on the show. Polowczyk aspires to report on air and eventually work as a correspondent at a national news network.