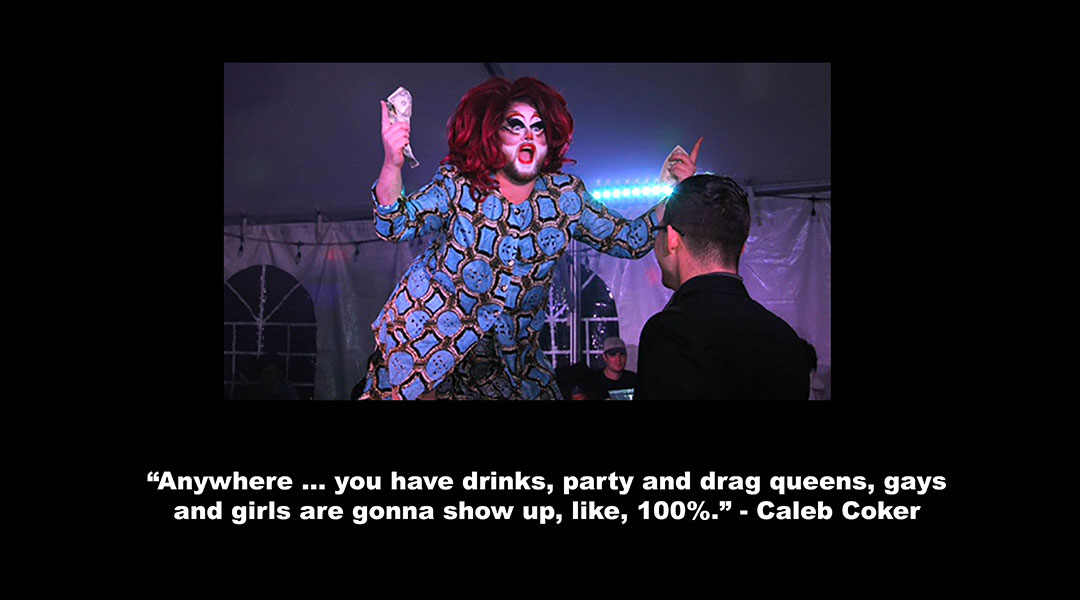 Caleb Coker performs as drag queen Ebony Would at a South Carolina drag show. Coker began dressing in drag in 2010 as a college student, before the drag brunch phenomenon caught on in Columbia. Photo courtesy of Caleb Coker

It’s not unlike what you’d find at spring break: girls dancing, frat guys partying and random DJs running the show. Plus, there’s plenty of booze to go around.

“It’s like that, but gay,” said Caleb Coker, also known as on-stage drag personality Ebony Would. “It’s a good time, and everyone’s a little drunk.”

SC Pride, a nonprofit that serves members of the LGBTQ community, will hold its first-ever drag brunch this Sunday to close out its annual Pride Week. After the celebration was canceled last year due to COVID-19, SC Pride President Jeff March said the brunch has already sold out.

“The last three or four years, it really took off,” March said. “Now it’s a big deal. Everybody has drag brunch, even in your smallest cities.”

Scott Hall, owner of Scott Hall Catering and Event Design, has organized drag brunches in the past. Inspired by performances he’d seen in New York and Charleston, Hall was one of the first people to introduce regularly scheduled drag brunches in Columbia at his former Bone-In Barbeque location in the BullStreet District.

The brick-and-mortar restaurant shut its doors last year, but the hype around Hall’s drag brunches remains. The show’s cult following inspired Hall to organize a reprisal event in July at 701 Whaley.

Drag brunches are “notoriously” different from nighttime drag performances, Coker, a violin teacher in Charleston who uses they/them pronouns, said. The most apparent difference, they said, is the audience.

“I can’t come out and do my club number,” Coker said. “Because there’s gonna be, like, children there that want to meet Drag Queen Elsa.”

Generally, Hall said the atmosphere is much lighter at a drag brunch.

“It’s that feeling that you get at 10:30 in a bar or club, but in the middle of the day with bright sunshine and hashbrowns,” Hall said.

And audiences during the day are, overall, more diverse than those at night.

Many in the crowd come straight from church, or even instead of church. They want to be inspired, according to Coker. So the queens might swap out the club hits for gospel hymns.

The inclusivity of drag brunches make them ideal opportunities for newcomers to ease into drag culture without the vulgarity or intensity of a nighttime show.

“People sometimes just aren’t comfortable going to a gay bar, like, you know, this is not their their thing. Maybe they’ve never been,” Coker said. “Maybe they don’t have anyone they know to go with.”

Hall said he hopes to pick back up with an outdoor drag brunch in the spring if COVID-19 case numbers remain low.

“Anywhere … you have drinks, party and drag queens, gays and girls are gonna show up, like, 100%,” Coker said. 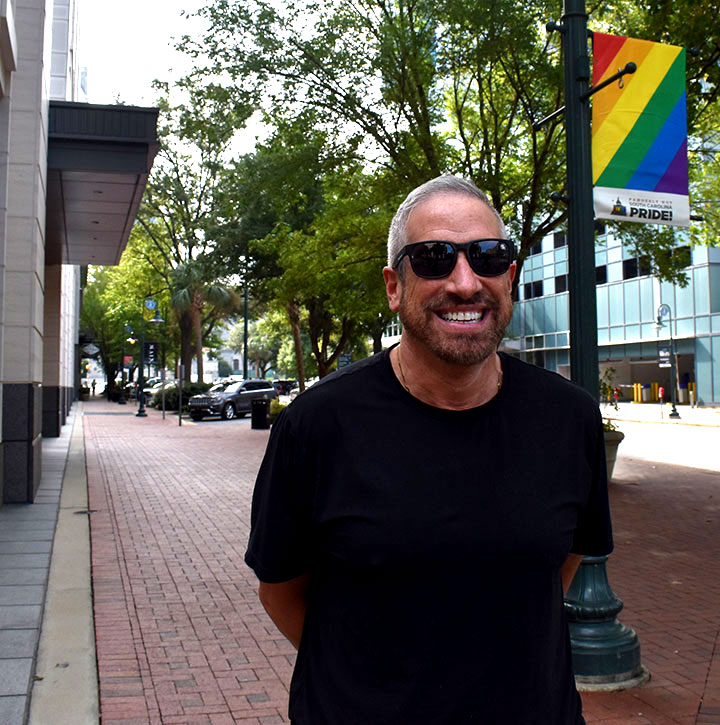 After a year off due to COVID-19, SC Pride president Jeff March said he’s ready for the festivities to be back in full swing this year. “It’s time that we all come back and get together. It’s been two years since our last time here, and I’m excited to see everybody again.” Photo by Emma Dooling 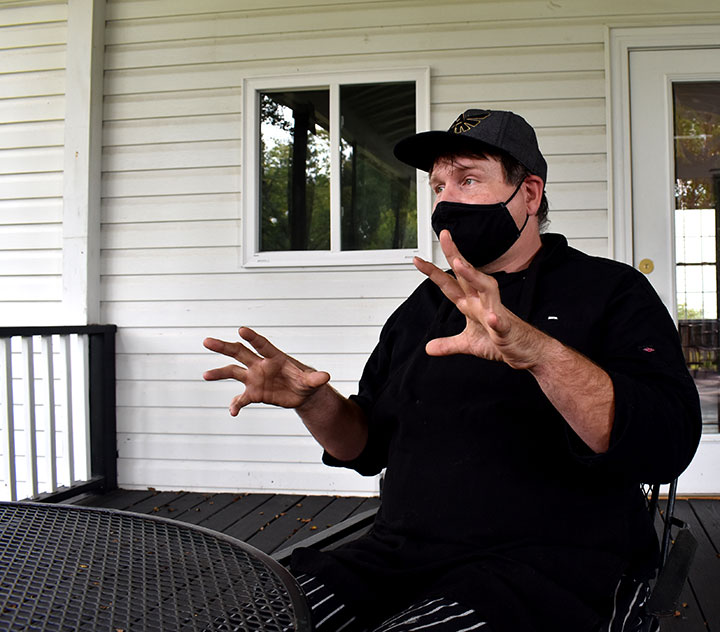 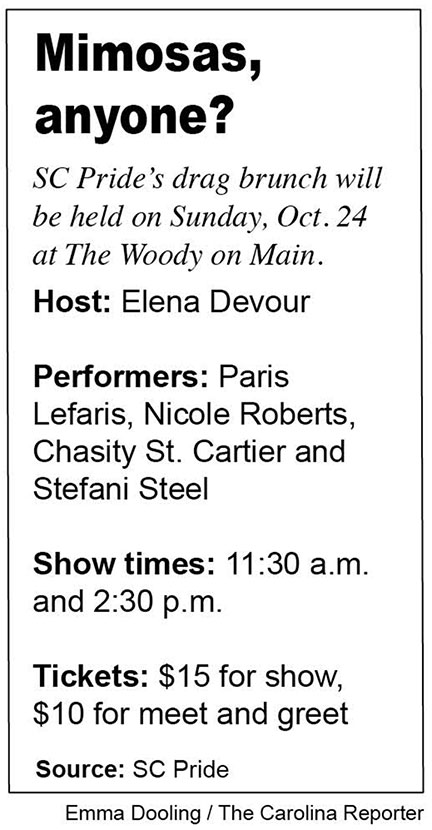 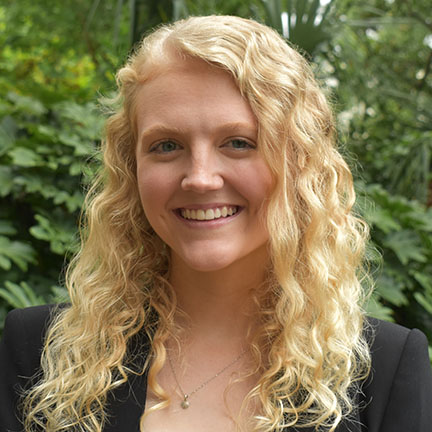 Emma Dooling is a senior multimedia journalism student from Nashville, Tennessee. She seeks to give a voice to others through a career in investigative journalism. Dooling has previously interned at the Nashville Business Journal, a market of the American City Business Journals, covering minority-owned businesses and DEI efforts in the Nashville business community. She has also worked with The Daily Gamecock, UofSC’s student-run newspaper. In her free time, Dooling enjoys spending time with her family and friends.