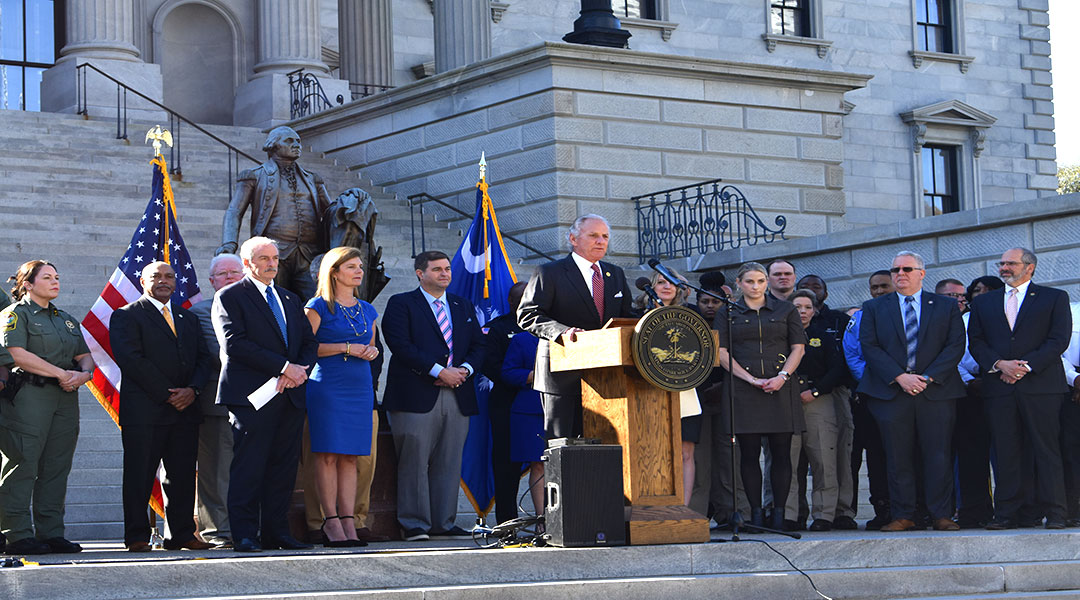 Gov. Henry McMaster said Thursday morning he is recommending spending an additional $18 million for a series of pay increases for law enforcement as a result of a study he requested in January.

The pay raises are included in the S.C. House Ways and Means budget proposal.

“This is a great moment for our state. We’re making progress in doing something that is really needed to be done,” McMaster said. “They are the cream of the crop in the country and they ought to be paid commensurate with their expertise and their performance.”

The study, conducted by the South Carolina Department of Administration’s Division of State Human Resources, found that pay in law enforcement was “inadequate.”

The study also found that law enforcement in the state is understaffed. There has been a decrease in applicants and an increase in retirements in the industry, according to DSHR executive director Marcia Adams.

Adams says people are leaving the profession, in part, because they can get higher wages in the private sector and in police departments and in nearby states.

“This started really seven or eight years ago,” Rep. Phillip Lowe, R-Florence, said. “It’s caused a large decline in their morale. We lost people, the staffing got short, [they] started relying on overtime. It got to the point where it became dangerous and something had to be done.”

The DSHR recommends the entry-level base salary for class officers be raised to $43,000, an increase of $3,000. For officers already in the force, it recommends a 5% increase in pay or the minimum salary, whichever is higher.

Other law enforcement departments, such as the S.C. Law Enforcement Division and the Department of Public Safety, would see minimum pay increases ranging from 10% to 33%. SLED would see the largest increase in minimum pay going from $38,000 to $50,500.

“Providing these competitive salaries will allow these officers to continue to serve in these positions, but make a meaningful difference in the lives of these men and women as they support their families,” Adams said.

Alongside pay, SLED Chief Mark Keel also cited the lack of public support and risk of working in law enforcement as other reasons the industry is understaffed. However, Keel believes the pay raises would be beneficial in retaining and attracting new officers.

Moving forward, McMaster said he is confident these pay raises will pass through legislation.

“It’s time and everyone recognizes the critical nature of law enforcement and the security and prosperity of the staff,” McMaster said. 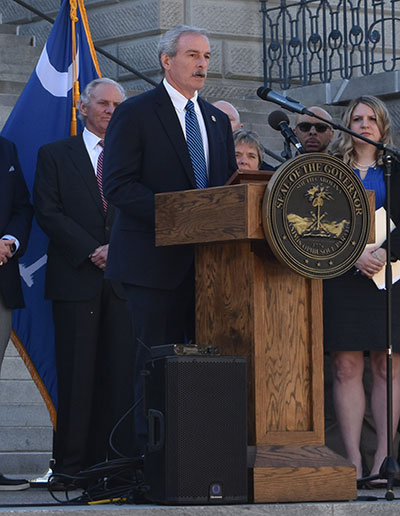 Mark Keel, the chief of the S.C. Law Enforcement Division, said the proposed pay raises would be competitive with Georgia and North Carolina.