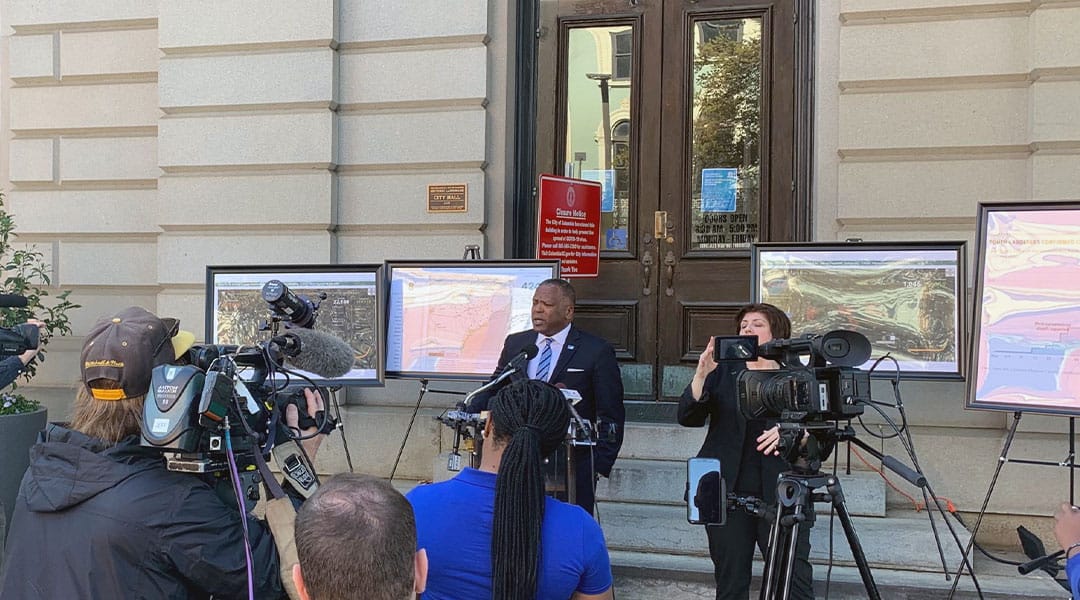 By COLE SMITHSON and MARIA JUTTON

Gov. Henry McMaster announced Friday a mandatory 14-day quarantine for travelers to South Carolina from coronavirus hot spots. The order specifically mentions New York, Connecticut, New Jersey and the city of New Orleans. Visitors violating this order will face a criminal penalty of up to 30 days in jail or a $1,000 fine, McMaster said at an afternoon briefing.

State Epidemiologist Linda Bell reported that 13 South Carolinians have died from the virus, and there are currently 539 confirmed cases in the state. The governor and Bell encouraged citizens to continue to stay home and practice social distancing.

“We will do whatever’s necessary so that the people of South Carolina are kept as safe as possible,” McMaster said. “The main thing is to  follow the social distancing rules and the other rules about hygiene that have been pronounced.”

The governor also said that most requirements in widespread stay-at-home orders, such as social distancing and hand-washing, are already outlined in the health guidelines encouraged by DHEC and the Centers for Disease Control and Prevention.

Gov. McMaster was joined by Sen. Lindsey Graham, R-S.C., and Sen. Tim Scott, R-S.C., at the press conference. Graham praised the governor’s preventative measures, such as making an effort to increase available hospital beds and limiting public gatherings to three or fewer people.

“I’ve never felt more proud to be a South Carolinian than I do now,” Graham said. “This disease will be starved if we follow the governor’s guidelines.”

The governor also said that South Carolina would be “in good shape” if citizens continue to follow the currently outlined social distancing  and hygiene guidelines.

Columbia’s citywide stay-at-home ordinance will take effect at 12:01 a.m. on Sunday. It will last for 14 days.

“Our first step right now is to do everything we can do as a community to get our arms around this public health crisis,” Mayor Benjamin said at Thursday’s virtual city council meeting. “If we do that, all the economic issues will take care of themselves.”

There are more than 68,000 cases of coronavirus reported in the United States, according to the CDC. More than 1,000 people nationwide have died from the virus.

The virtual council meeting of onscreen floating heads demonstrated a now-familiar scene for many Americans who are now working or attending school from home. Benjamin, like many, has had problems during this brand new virtual world and had to fix his paused screen before he called for the motion to vote on the emergency ordinance.

There was some dissension in the meeting, with some of the council wondering how this order changed anything that was already being done.

“I still haven’t grasped how this is different from what we’re doing now, other than you’re punishing some of the businesses that still can operate,” said Daniel Rickenmann, a city council member. “I think this is drastic because for the last two to three weeks businesses have been suffering.”

Mayor Benjamin believes measures taken now will have long-term benefits in terms of slowing the spread of the coronavirus.

“We want to do the things that we need to do on the front end, so that on the back end, the tail of this is much shorter,” Benjamin said.

You can find out more information about the coronavirus on the council’s website and on websites for DHEC and the CDC.