More eyes on the (soft) ball for women in sports 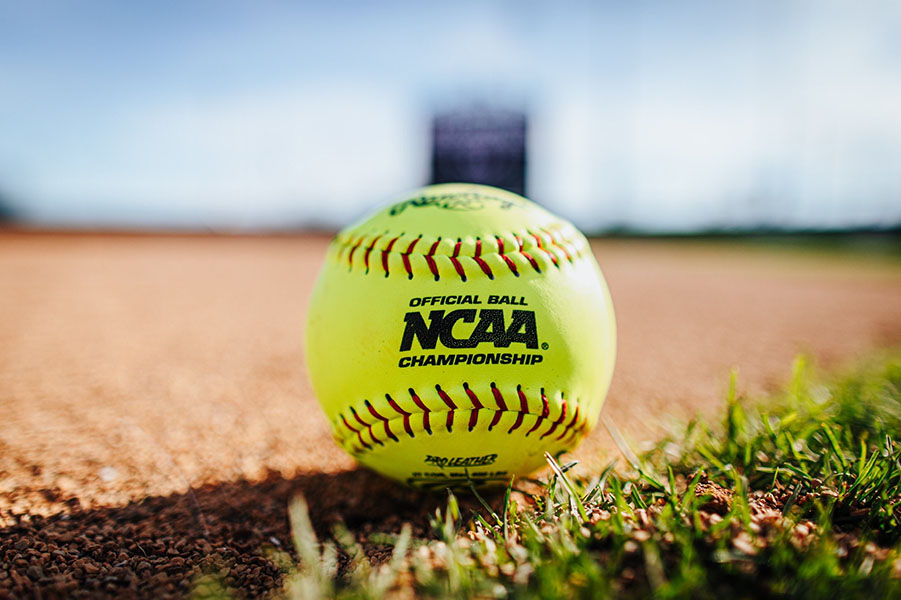 The softball playing field, once the back field of dreams for young female athletes, has rocketed into a new universe that includes televised games, more television viewers, the first-ever softball trading cards and a new professional league.

“There’s just more,” Amanda Scarborough, a ESPN broadcaster and analyst, said. “It has exploded. I think with being able to learn more about technology, with being able to watch things online — that didn’t really happen when I played 10, 15 years ago.”

Companies like ESPN are streaming travel and high school softball along with collegiate and professional teams.

In 2018, UCLA had the fourth highest ratings in sports. The South Carolina Gamecocks are one of six SEC teams to finish in the top 12 for national attendance each of the past five years.

According to Nielsen, the ratings were up 40% for regular-season games with the SEC. The SEC tournament in 2019 on ESPN lead in the ratings.

The demand for more softball coverage has exploded as athletes are pushing out their personal brand on social media.

“There’s more of a following of these players, there’s more opportunities for young players to watch, which is cool —we didn’t have that,” Jami Lobpries, the executive director of The Alliance Fastpitch, said.

The Alliance Fastpitch provides guidance for girls’ fast pitch leagues to add to the athletes experience.

“My mission is to inspire softball players to DREAM bigger, WORK harder, and SMILE more often,” Scarborough said in a blog post.

Lobpries played for USSA FastPitch professionally, coached and is continuing to educate young female athletes to be impactful decision makers.

Lobpries said it’s a big deal that these female athletes are getting a spotlight on television. The attention pushes people to follow athletes and build a connection with the athletes.

“You truly want to follow them more,” Scarborough said. “You want to see them more—whatever it is.”

Former professional softball player Lauren Chamberlin, who led Oklahoma to a national title in 2013 and played USSSA Pride of National Pro Fastpitch from 2015-2018, is one athlete who has built a recognizable brand.

Aside from her breaking the NCAA home–run record with 95 HRs in 2015, Chamberlin is a MLB personality and uses her time to motivate and mentor others.

“She’s super relatable,” Lobpries said. “She doesn’t mind being vulnerable and a lot of players struggle with that identity that is going to relate to something.”

The growing online presence has a direct correlation with opportunities for women in sports. The National Pro Fastpitch league reached the biggest TV agreement in its 10-year history with ESPN streaming 16 games on ESPN2 and ESPN3.

Athletes Unlimited, the new professional softball league, launched in August. ESPN and CBS sports agreed to air all 30 games on television. This new league is different from a typical team because it has no set rosters. Fifty-six players get drafted each week onto one of four teams selected by a captain for a fix-week rotation.

“Hopefully it brought some eyeballs who don’t usually watch the sport because of the structure,” Lobpries said.

“Anytime we get coverage like a guys sport and get up to parr, it’s a good thing,” Scarborough said.

The  competitive teams feeds from youth and high school leagues. Scarborough said because of these live streams of games, coaches are able to watch and recruit while in a pandemic. These girls are given a chance to be noticed.

“Everything is able to rise up instead of having it at the bottom-line level,” Scarborough said.

Seeing each other play gives hope and opportunity to women in sports. Scarborough began playing collegiate softball in 2005 where she said there was only about four games outside of postseason that people could watch. The online coverage was limited along with no social media.

“You fast forward just to the progression of how it is now,” Scarborough said.

Scarborough’s role as an analyst creates the drive for her even more to watch softball games non-stop. It helps her to be more prepared.

“We can talk deeper about it,” Scarborough said. “We can go into more details about the teams, the players, the overall national landscape of the sport because we can see what is going on.” 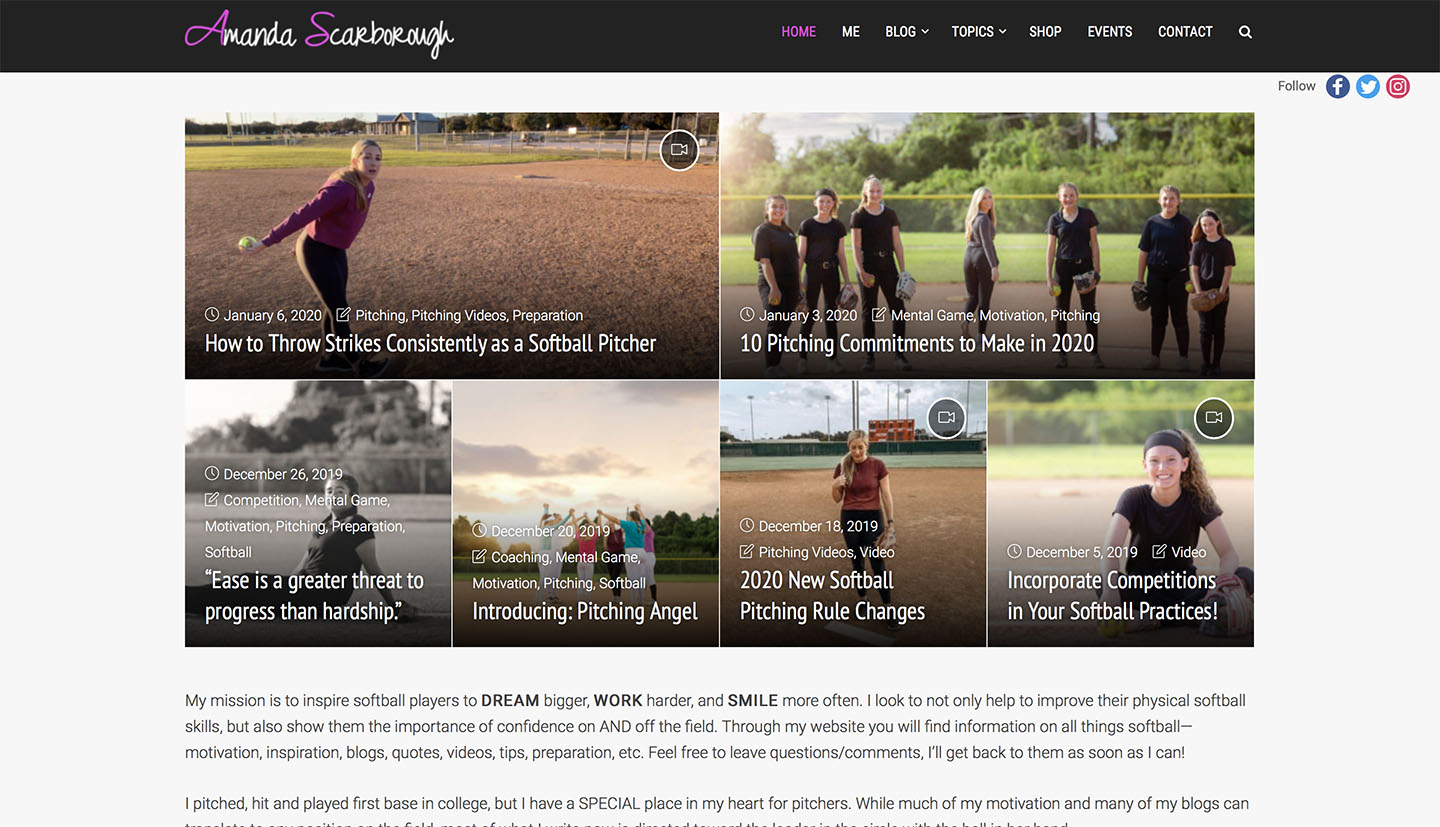 Amanda Scarborough’s blog post where she writes about things she learned while playing to help players and softball families. 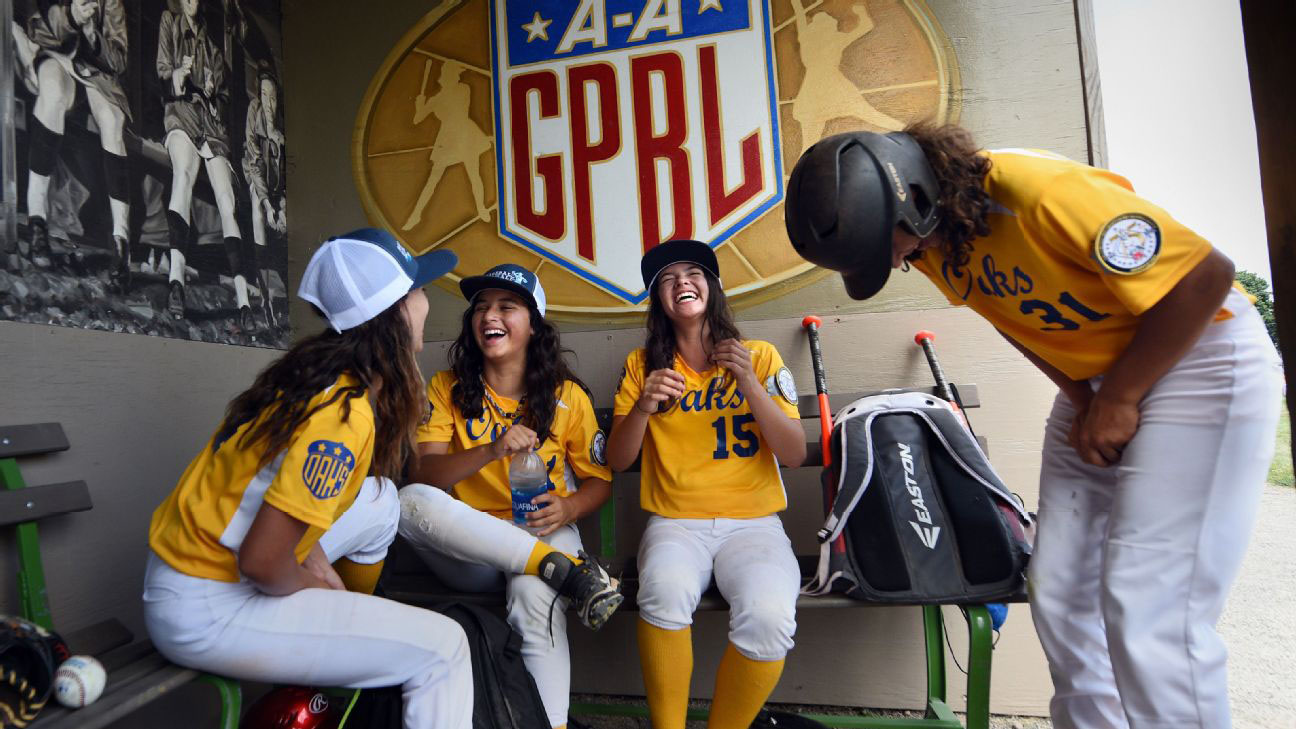