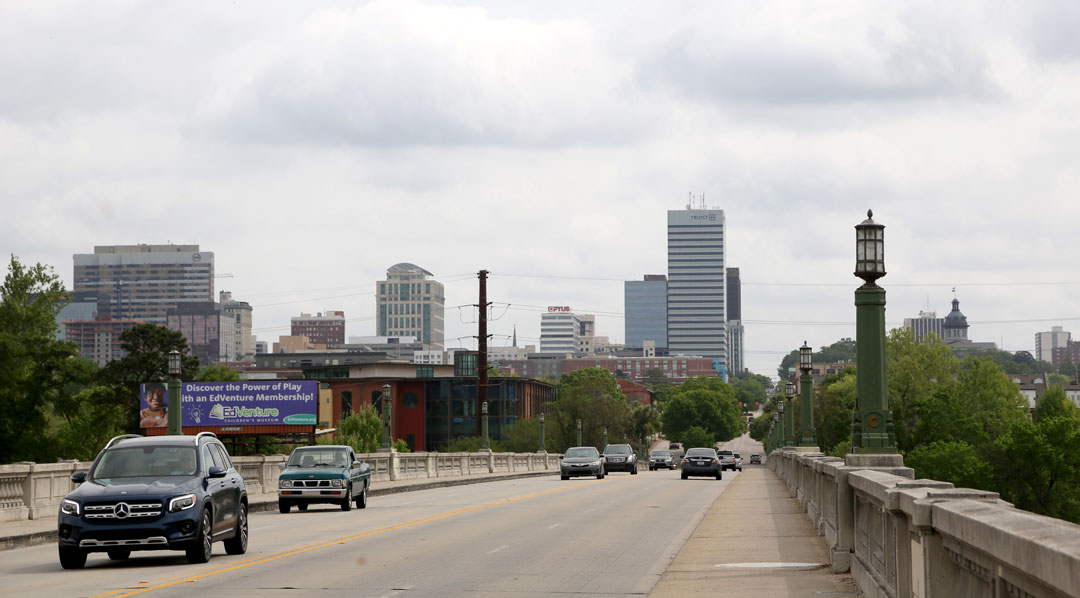 The Midlands Regional Competitiveness Council plans to hold its first meeting in late April or early May and will take on the work done by EngenuitySC, including the annual competitiveness report. Photo by Caroline Williamson.

Business leaders are taking a formal approach to bring more competition to the Midlands.

The council, formed in January, will take over the work of EngenuitySC, a nonprofit organization that puts out an annual competitiveness report and partners with the Midlands Business Leadership Group.

The new council will include business leaders and public figures across all sectors, including Midlands Technical College President Ron Rhames, Graves said.

Graves said the council will have representation from nonprofits, banks, Lexington and Richland City council, as well as the University of South Carolina.

“We’re trying to make sure we’ve got a good cross section of those people, and those respective organizations coming together,” Graves said.

The most recent 2021-22 Midlands Regional Competitiveness Report measures the competitiveness of the Columbia metropolitan area against similar cities in the Southeast in trends like livability, talent retainment, and innovative capacity. The cities are chosen based on having at least one similar economic asset, such as having a major university or comparable population size.

This year Columbia ranked high in entrepreneurial and business environment, placing third, but fell short in others.  In talent, defined as the region’s ability to attract, develop, and maintain a strong workforce, Columbia placed last out of ten regions. Greenville and Charleston, both major South Carolina cities, placed second and fifth.

The Midlands Regional Competitiveness Council, which will have their first meeting in late April or early May, will take over creating and distributing the annual report.

“The larger responsibility of the council is going to be using the report to identify areas that we think we need to dive deep and then proposing initiatives to help us improve in those areas,” Graves said.

The goal is to see a positive change in Columbia’s economic landscape, and will be a multi-year planning process. It will put forth programs similar to Capture Columbia, a summer internship program.

“To put programs in place where we know we’re making a positive impact is really the ultimate goal,” Graves said.

Graves also noted while the report compares Columbia to other cities, every region is vastly different. It will be key to look at Columbia’s unique landscape to make improvements.

“Our success will be looking a year or two or three years later at all the positive programs or impacts that we’ve made through this process,” Graves said. “I think Columbia has an immense amount to offer. And one of the things we know we have to do better is better tell our story.” 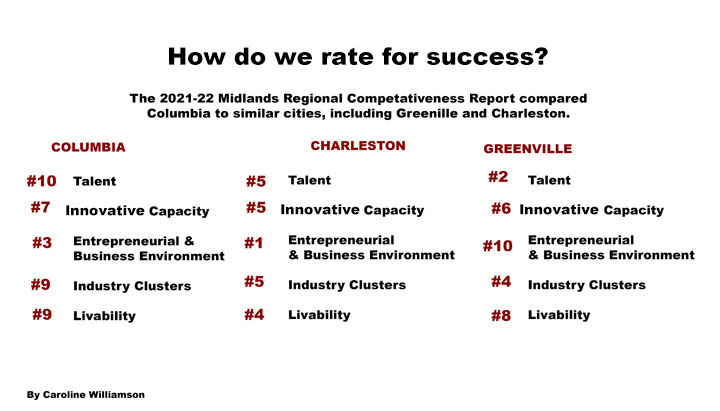