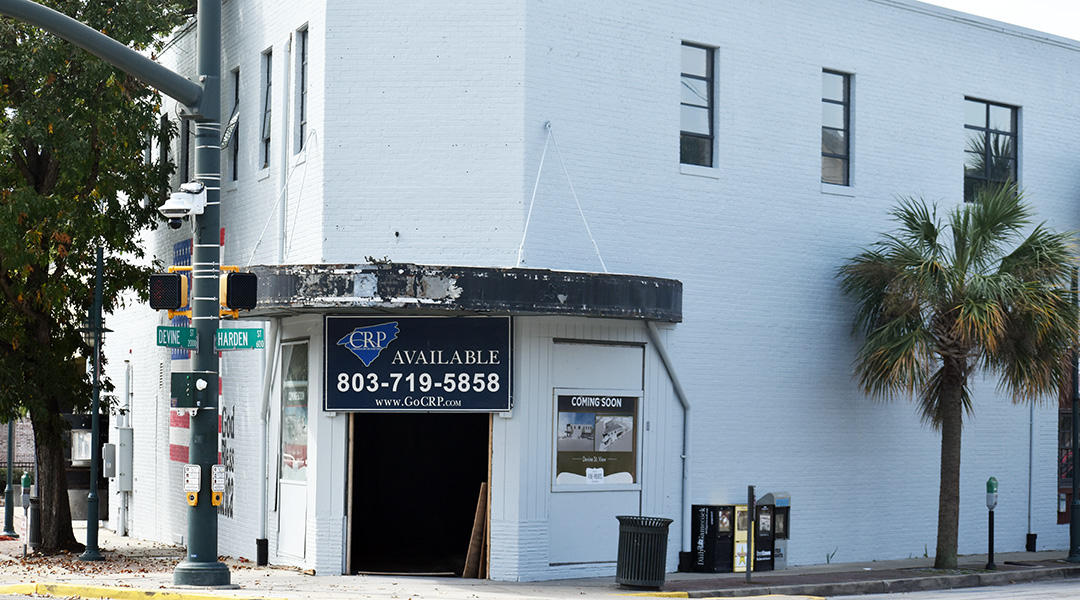 The corner of Devine and Harden streets was home to Yesterday’s for more than 40 years before the restaurant closed in 2020. Now a New Orleans-based chain is set to move into the iconic location. (Photo by Michael Sauls)

Made-from-scratch biscuits and “award-winning” bloody marys made with bacon-infused vodka are headed to Five Points in summer 2023.

Ruby Sunshine, a New Orleans-based brunch chain with locations across the Southeast, is moving into the space that was once home to the iconic restaurant Yesterday’s.

The historic building at the corner of Devine and Harden streets that was home to the restaurant has sat empty for nearly two years.

“Ruby Sunshine is dedicated to the economic and philanthropic growth of each neighborhood we make our home, and we are looking forward to building lasting relationships in the city of Columbia,” Gaudreau said in an email to The Carolina News and Reporter.

A formal announcement has yet to come, but Ruby Slipper Restaurant Group confirmed its plans to open a daytime brunch restaurant in the location. The Post and Courier first reported that the restaurant was coming to Columbia.

“We are always looking to expand, and Columbia has been a target market of ours for years,” the restaurant group said in an email. “When the opportunity presented itself to open in the heart of Five Points, we knew it was the right time to expand our number of South Carolina locations.”

Ruby Sunshine has one location already opened in Charleston, and another on the way in October. Though the franchise is new to Columbia, the restaurant group said it is aware of the history of the building.

“As a number of our locations are in historic buildings, we have a proven track record in cities across the Southeast for breathing new life into historic properties,” the restaurant group said in an email. “We believe in the vitality of historic buildings and the opportunities they provide to make unique spaces for our guests, ensuring no Ruby Sunshine is exactly the same.”

The family-owned Yesterday’s — a “meat-and-three” homestyle restaurant with a bar in the rear — closed in 2020 after opening in 1977. A cowboy mannequin in a bathtub that sat atop the restaurant’s entrance was synonymous with Five Points and Columbia as a whole.

“Forty-three years is a hell of a run, but we’ve decided to hang it up,” Yesterday’s said in a tweet in 2020. “Love to all who came along for the ride. This community made work feel like home for us (before that was a thing). And nothing brought more joy than making y’all comfortable.”

Five Points Association President Steve Cook said he’s happy to know the vacant building will have some new life soon. He said he’s thankful the building fell into the hands of a good owner in Dominic Como when Yesterday’s closed and that Como sought — and found — a good tenant.

“’I’m sure they could have rented that building very quickly to a less desirable tenant, perhaps, but I’m glad they were a little discriminating,” Cook said. “… They had a tremendous amount of interest on that building. So there was a lot more people than just (Ruby Sunshine) that wanted to go there. So I’m hoping this will be a good fit.”

Right now, the inside of the building is completely gutted and construction is underway.

Despite the work, the restaurant group still is set to meet its opening date of summer 2023.

Ruby Sunshine will occupy the the building’s first floor. Another tenant will have offices on the second floor, the restaurant group said.

“We’re working hard to meet our opening deadline and look forward to welcoming guests before the first Gamecocks home game,” the group said in an email.

Five Points had another brunch-style restaurant, The Flying Biscuit Café, open earlier this year on Harden Street. Cook said the recent influx of such businesses can benefit Five Points as a whole.

“Bringing some of that daytime business back, certainly, I would imagine the retailers in the neighborhood love that,” Cook said. “Grabbing something to eat, and then shopping on the way out” is what the community is looking for.

“We don’t want you to stop into Five Points for a minute — the idea is you can do a lot of different things while you’re there,” he said. 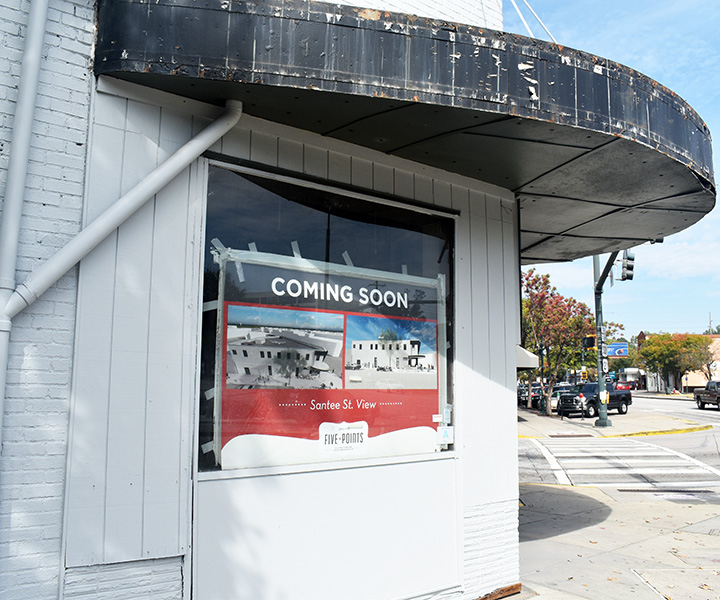 A “coming soon” sign sits in the window of the old Yesterday’s location. Ruby Sunshine is expected to open in summer 2023. (Photo by Michael Sauls) 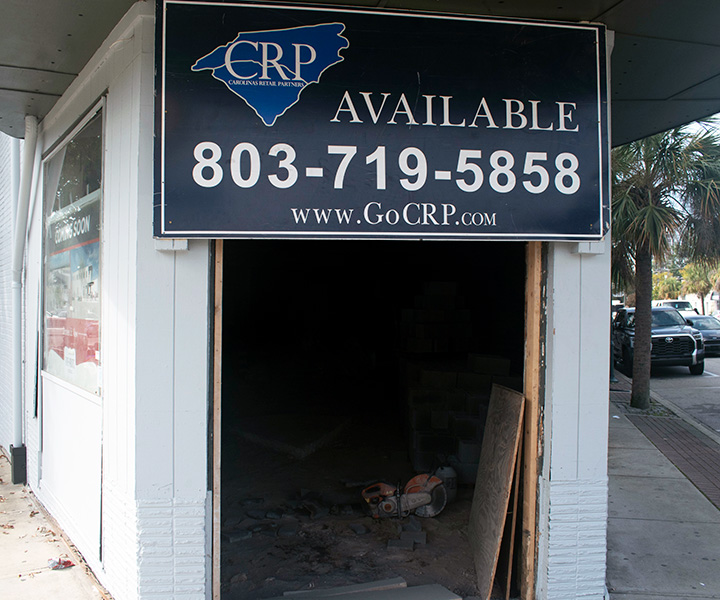 The inside of the building is being completely overhauled. Construction is expected to be complete before USC plays its first football game in 2023. (Photo by Michael Sauls) 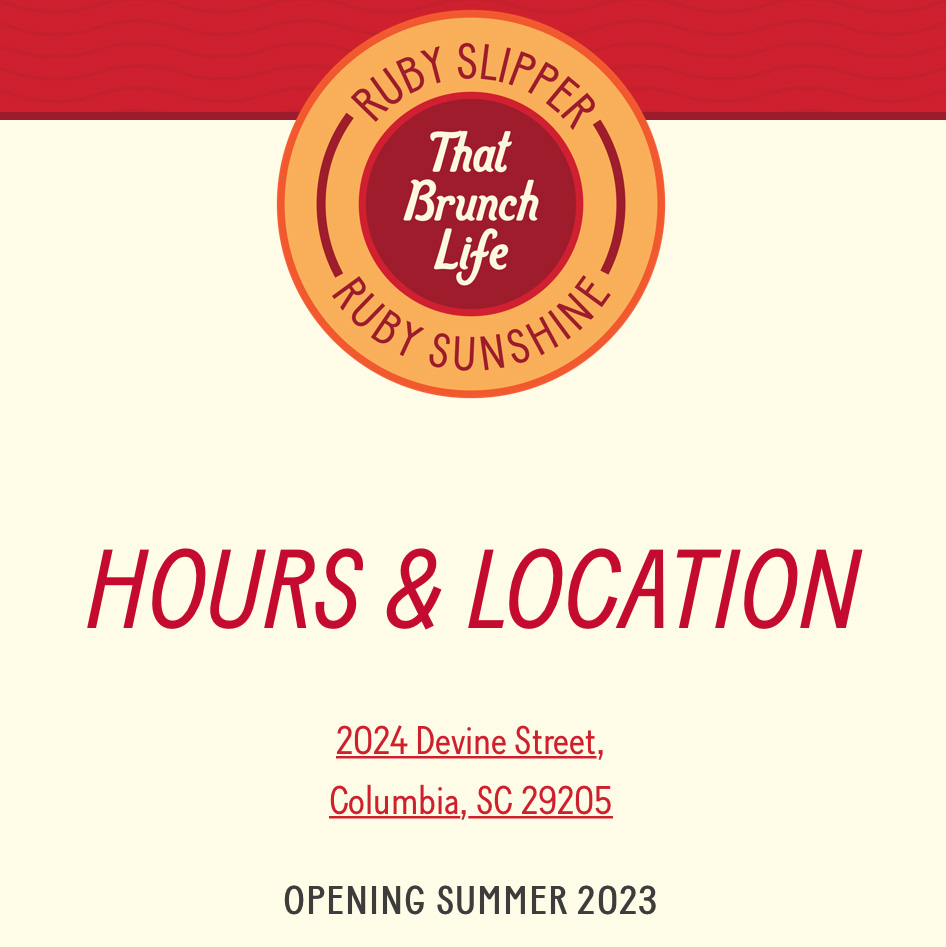 A screenshot from the company’s website shows the location is set to open in summer 2023. (Image courtesy of rubybrunch.com)