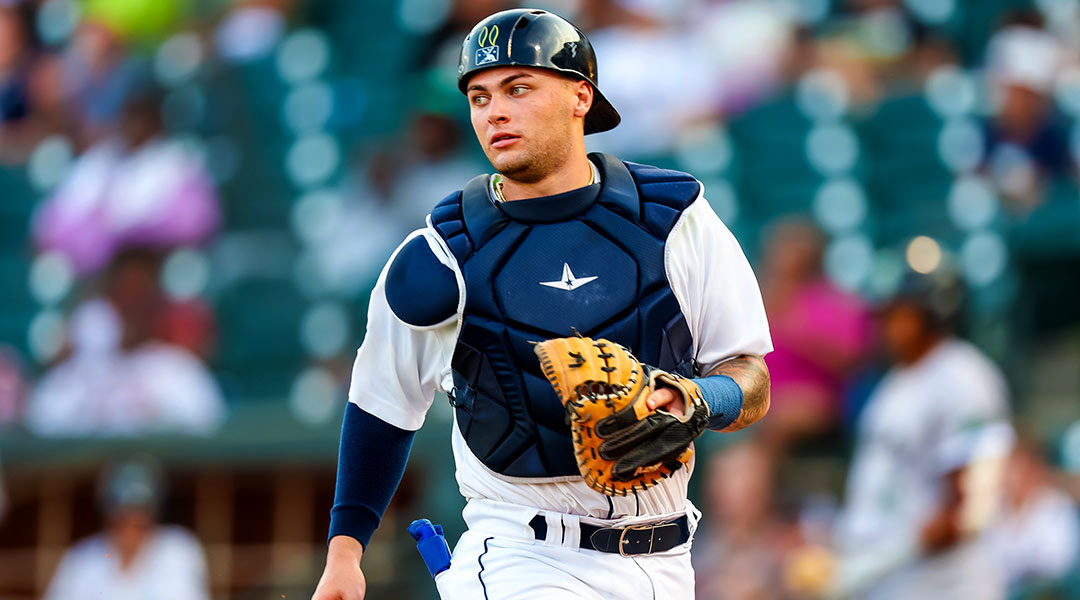 It’s not every day a player gets drafted by their hometown team.

Jensen grew up roughly 25 miles from Kauffman Stadium, home of the Royals. He dreamed of being like Salvador Perez, Eric Hosmer, Alex Gordon and Mike Moustakas — players on the team that won the World Series in 2015.

“Being drafted by the Royals is just a surreal feeling,” the now-19-year-old said. “It’s still hard to describe how it felt on draft day. Glad I ended up with this organization.”

Once he was drafted, the 6-foot-1, 210-pound catcher started his journey in the minor leagues. He played with the Royals’ Arizona affiliate team last fall, batting .281 with 16 hits in 19 games.

Jensen underwent surgery after the season to remove bone spurs in his right elbow but returned to action by spring training in February. Once camp broke in April, he was promoted to the Columbia Fireflies for his first full professional season.

His first two months in Columbia didn’t go as expected. By June 1, Jensen batted a subpar .161. Defensively, he made seven errors in the 17 games he started behind the plate.

At the time, Jensen was just 18 and among the six youngest players on the team.

Jensen said he tried not to worry too much about his struggles, since there was still time to perform better.

“There’s always going to be some downs in the season,” he said. “You’re not going to go a full professional season without a couple of rough spots.”

At the mid-July season break, the Fireflies were 31-56 and Jensen was batting .211 with 10 home runs and 36 RBIs. He spent the mid-season break at home in Kansas City with his family.

His father, Jim, said being back in town might have helped Carter turn the season around.

“He was home with mom and dad and brothers and got to see a few friends and just relaxed,” his father said.

When he returned to Columbia, his play improved, his dad said. He was “starting to feel more confident.”

Soon after the second half of the season started, Jensen had his best month of the year. He batted .333 in August with nine RBIs, 24 walks and 11 extra-base hits.

“I think he had a little more confidence in the second half to hit the ball to where (fielders) weren’t,” Jensen’s father said. “Even his coaches (early in the season) were saying, ‘You’re doing the right things. You’re just hitting it at people, and you’re unlucky right now.’”

By September, Jensen turned his season around and earned the Fireflies’ Player of the Year award.

In 113 total games, he improved to a .226 batting average with 11 home runs and 55 RBIs. He only made three errors for the rest of the season after June 1.

He also walked 83 times. According to FanGraphs, Jensen is the first 18-year-old in Minor League Baseball to record at least 10 home runs and 80 walks in a single season since the data was first tracked in 2006.

Jensen credited his success to working on his craft before and after games.

“A lot of that comes with preparation in the cage and hitting (batting practice) on the field,” he said. “Not focusing as much as seeing how far I can hit the ball, but seeing how many times I can hit a ball in the opposite field gap, as well as the pull-side gap.”

Now that the Fireflies’ season is over, players have returned to their homes for the offseason. Jensen plans to be in Kansas City for most of his downtime and wants to focus on spending time with his family.

“They weren’t able to come out (to Columbia) too much,” Jensen said. “They made it out a little bit, but that’s my main focus is to make sure I’m home and hang out with my brothers and my parents.”

He also plans to work on improving his catching and hitting skills.

What are his chances of moving up?

Typically, major league teams carry two or three catchers on their roster. The Royals have 2015 champion Salvador Perez and 23-year-old MJ Melendez filling those spots right now. Jensen is the Royals’ 13th-best prospect overall. But there are other minor league catchers — Luca Tresh and Hayden Dunhurst — competing to make it to the majors.

Jensen still has a long way to go before reaching the majors. His dad’s advice is to “keep grinding.”

“I always tell him to embrace the grind and trust the process because that’s what it is, essentially, long seasons,” his father said. “Believe in yourself, because you have something that most other people don’t have — the gift to play the game of baseball.” 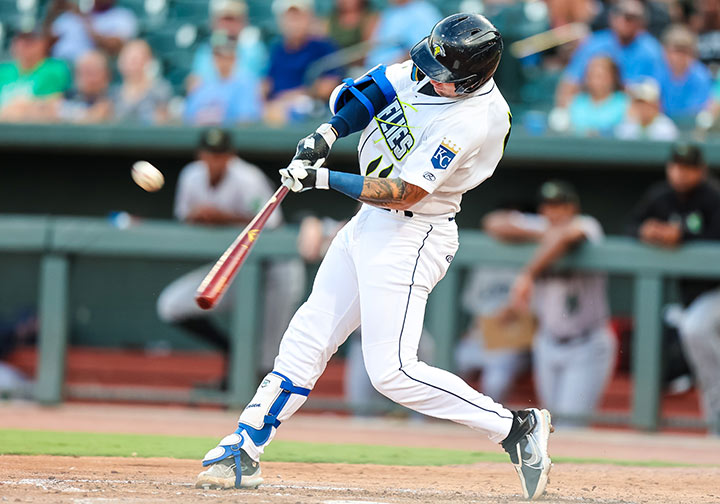 Jensen was named the Fireflies’ Player of the Year on Sept. 12, 2022, after a dominant performance in the season’s second half. (Photo courtesy of Columbia Fireflies) 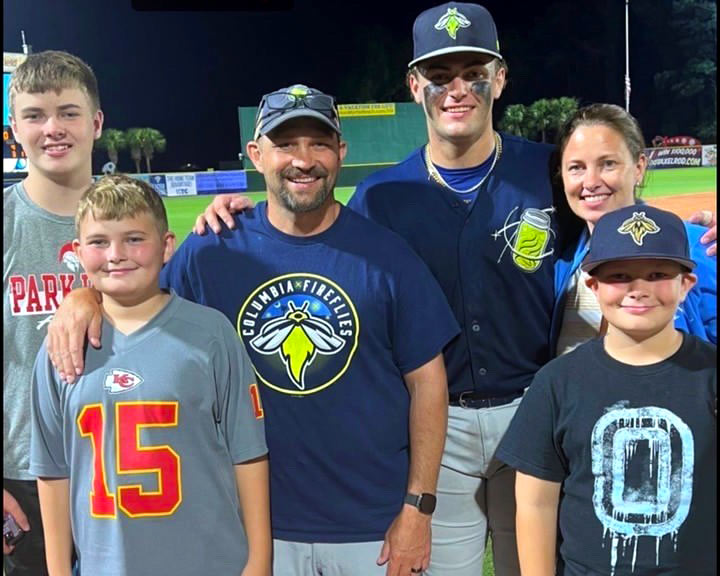 The Jensen family poses for a picture on the field after an Aug. 13, 2022, game against the Myrtle Beach Pelicans. Left to right: Noah, Chance, Jim, Carter, Kim and Nash (Photo courtesy of Jim Jensen)