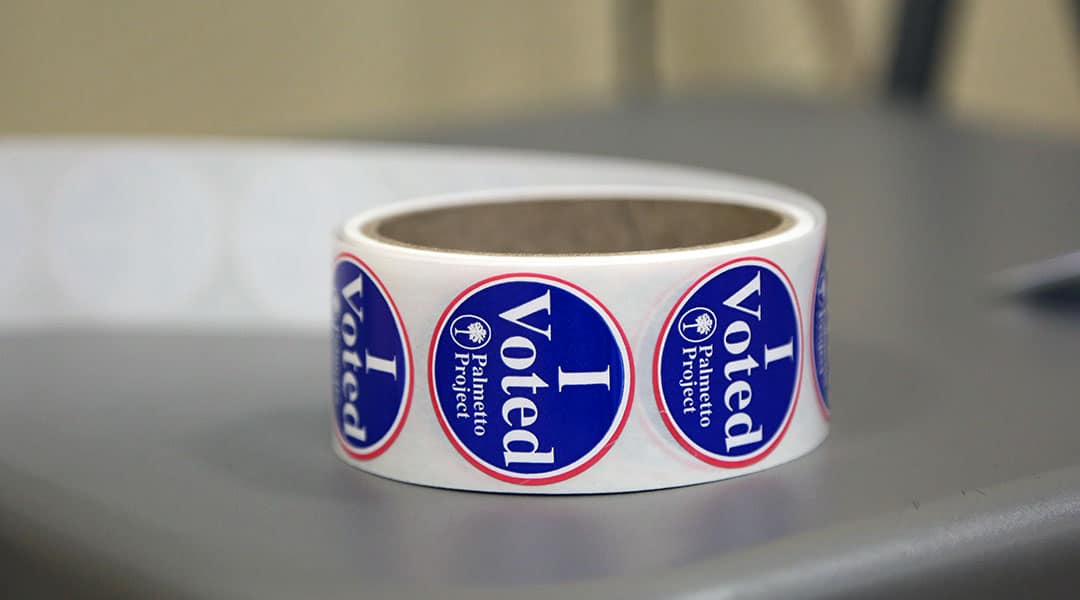 Richland County voter turnout has nearly doubled since the last municipal election in 2017. Chris Whitmire, director of public information and training for the State Election Commission, said Wednesday the state’s new voting machines could be a reason why.

After a busy day of municipal elections Tuesday, Whitmire and the rest of the SEC began analyzing the results.  Along with the typical chaos surrounding any election, Election Day marked the first day of widespread use for South Carolina’s new paper-based touchscreen voting system.

Despite the many things that could’ve gone wrong with enforcing a completely new system, Whitmire said that everything went smoothly. He said the new machines may have even brought more people to the polls.

“Sometimes in a municipal election you’ll have to go and wait 15 or 20 minutes before you see a voter, but it was pretty much steady all day long,” Whitmire said from his observations in West Columbia polls and reports from others.

For Richland County, the unofficial results show that there was a 15.59% total voter turnout. The last municipal election in the county in 2017 only showed a turnout of 7.93%.

There are a couple of potential reasons for this turnout. Similar to every other election, it’s mainly driven by local candidates and the issues they’re promoting. In addition, the fact that it is an election year leads to a larger discussion about politics. More surprisingly, Whitmire accredits a higher number of voters to the excitement surrounding the new machines.

Whitmire speaks of someone who may not usually vote or know much about the candidates. In the case of this election, Whitmire said they might say, “Hey, I think I might go vote anyway to see what the deal is with this new system.”

Whitmire called the election Tuesday a “huge opportunity” for experience and voter education where people could go out and try the new systems in a real, low-pressure election.

“We didn’t want to be using it for the first time on Feb. 29 for the democratic primary when literally the eyes of the world will be on South Carolina,” Whitmire said.

In a digital world, it may seem unusual for technological improvements to include reverting to paper. South Carolina, along with many other states, are highlighting the advantages of paper ballots.

Paper ballots have become a new standard for polling systems because of the extra layer of security they add to elections. It also assures officials that the results are accurate because they can be checked digitally and on paper.

“Anything that helps voters trust the process more is a good thing because it relates to having a robust democracy where everyone is voting,” said Whitmire.

Looking ahead, Whitmire said officials have two jobs- getting the election right and making sure that people believe it’s right. If they fail in one of these aspects, they fail as a whole,  he said. Election officials are hopeful that the paper-based machines will help with both of these jobs. 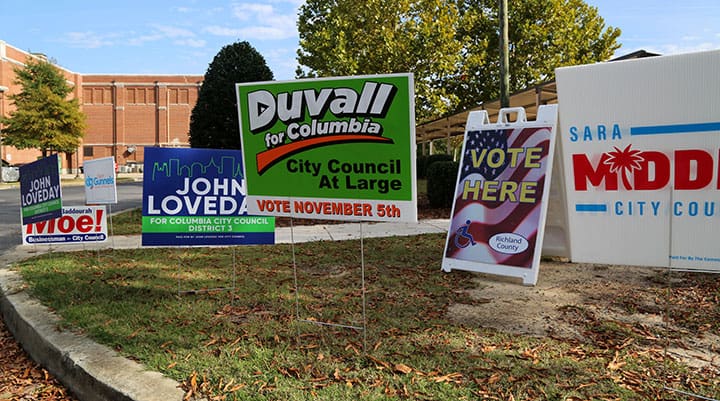 Some South Carolina precincts reported higher turnout because of the new voting machines. 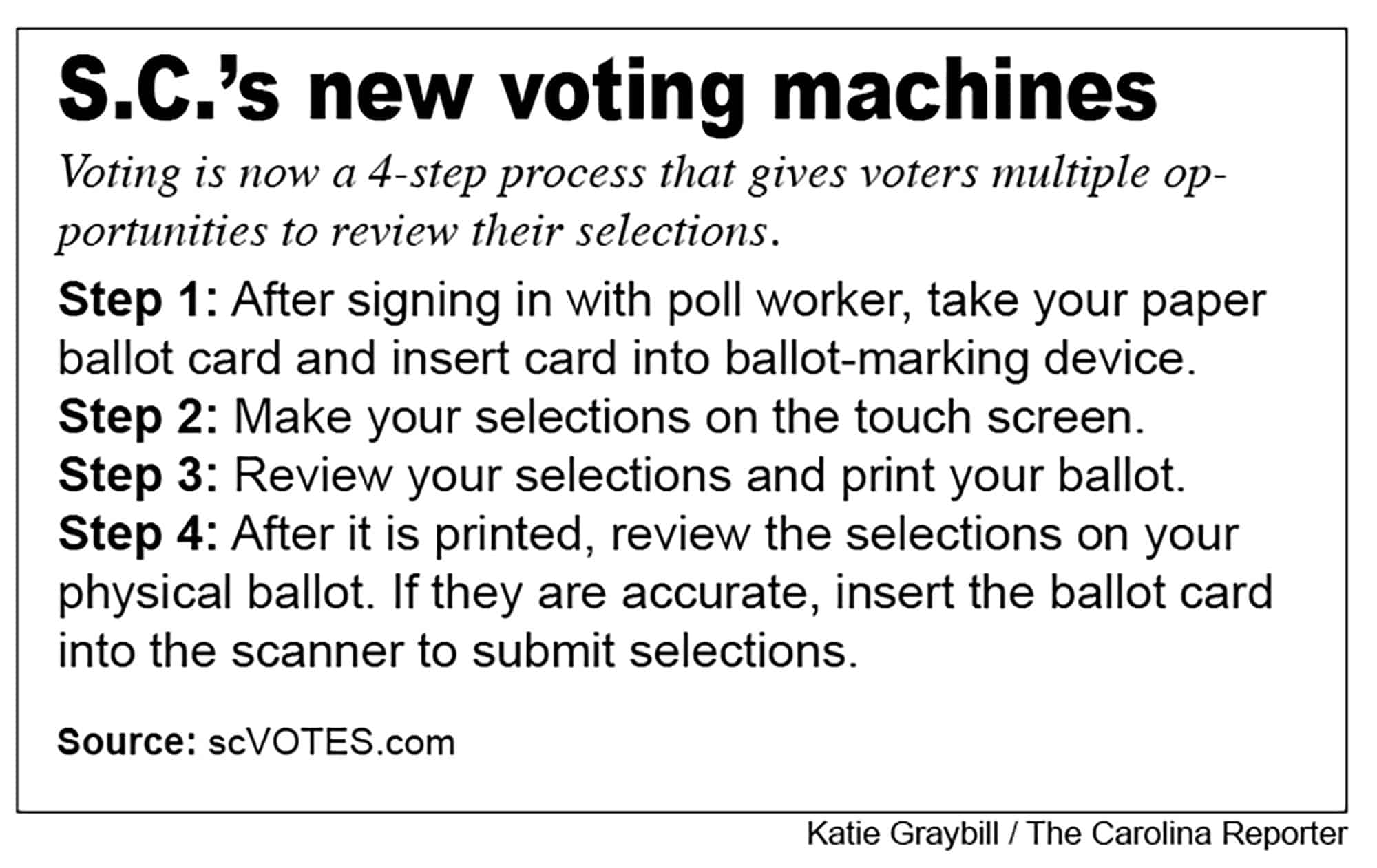 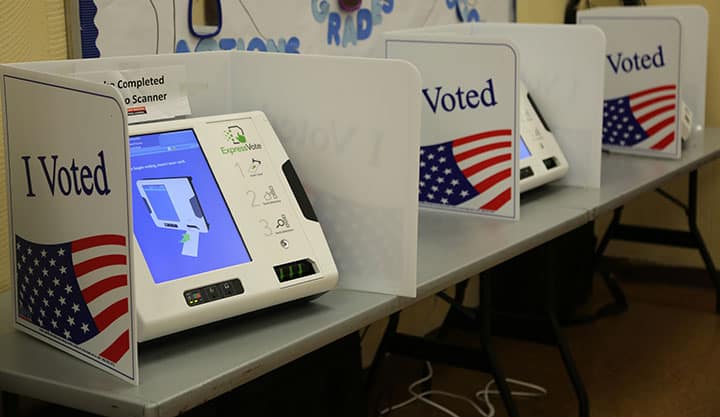 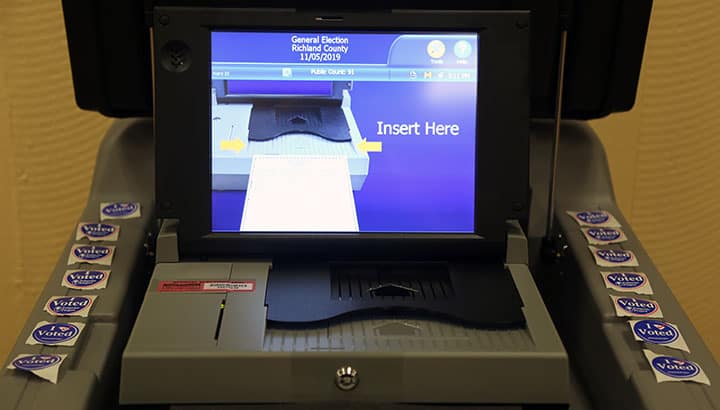 After printing out their marked ballots, voters bring the cards to this scanner machine to submit their final selections.