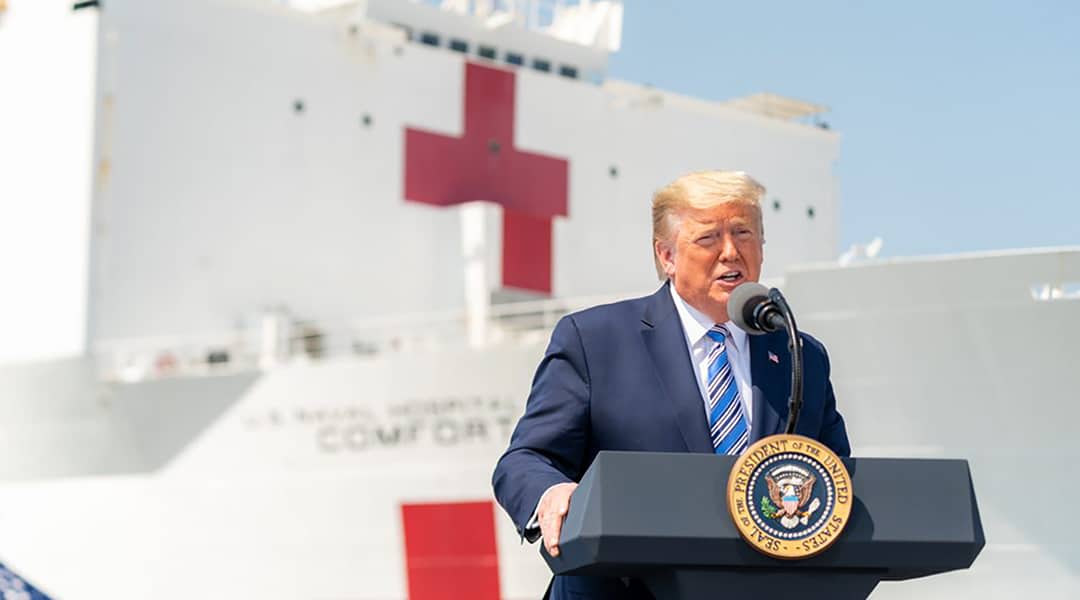 President Trump spoke in front of the USNS Comfort on March 28 before it sailed to New York City. The ship will treat patients that are not affected by coronavirus.

Maryland and Virginia became the latest states to issue stay-at-home orders on Monday.

Despite similar orders from other states, Gov. Henry McMaster has yet to announce one for South Carolina.

“We are following the science and knowledge of the experts in devising the best and most aggressive paths we can take,” McMaster said Friday at a press conference.

Many Twitter users have lashed out at Gov. McMaster’s response. The comments under his most recent tweet included many people questioning why he hasn’t shut the state down yet.

One Twitter user said, “STAY AT HOME, it’s time, don’t wait for a higher death toll!” while another user said, “You’ve done everything except for the one thing your constituents have begged you to do. #shutdownSC.”

President Trump announced Sunday that he would be extending social distancing guidelines through the end of April. This means that all Americans should continue to avoid unnecessary travel, eating at restaurants and being in groups of more than 10. This marks a change in tone for the president after he previously expressed hope that the country would be back open by Easter Sunday.

As part of Trump’s efforts to fight the virus, the Navy hospital ship USNS Comfort docked in New York City on Monday morning to treat patients who aren’t affected by COVID-19 but need urgent care.

The ship has around 1,000 beds and 12 operating rooms. Approximately 10,000 people are currently hospitalized in New York for coronavirus, and medical staff have been struggling to treat those with other health concerns.

Back in South Carolina, Columbia Mayor Steve Benjamin is holding a live Q&A session on The State’s website to discuss the city’s stay-at-home order and to answer questions about the coronavirus. The event will run from 9:30 a.m. to 10 a.m. Tuesday.