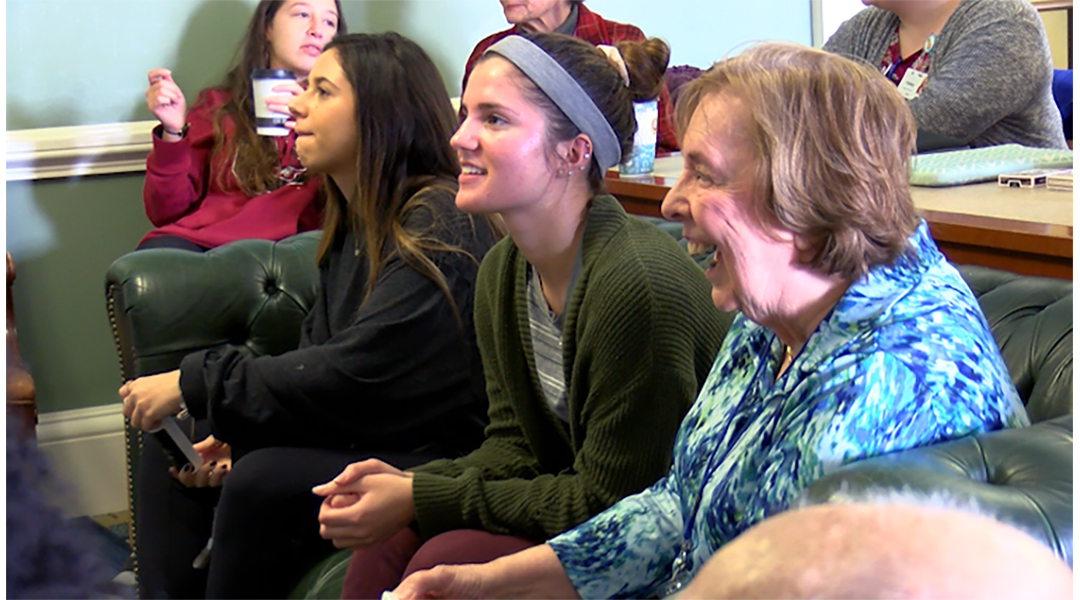 Experts say intergenerational bonding has a positive impact on both elders and young people, especially when learning new technology.

Joyce Steele, an 81-year-old resident of Still Hopes Episcopal Retirement Community in Columbia, didn’t know what to expect when she went to play video games with freshmen at the University of South Carolina.

“I hope they teach me how to play something more than solitaire,” Steele said.

The event, which encourages intergenerational bonding, was a joint partnership between Still Hopes and a new first-year living and learning community on USC’s campus called Rhodos Fellows.

“Anyone with a major, who is interested in how digital technologies intersect with what they do, live here and work together,” Simon Tarr, Rhodos Fellows faculty principal, said. The students’ main focus is the after-effects of technology.

The Fellows decided to meet with seniors from Still Hopes to share how technology can help bring people together.

According to a study by Samvedna Care, intergenerational bonding delivers a variety of advantages for both ages, including the opportunity to learn new skills sets and increase cognitive stimulation. It also helps to reduce loneliness and increase self-esteem.

“When we’re in school we’re divided by age. From the time we start kindergarten all the way through college,” Tarr said. “There’s a lot of research that indicates that any time you mix age groups up you get a lot of benefits for everybody involved.”

Together, gamers young and old played a variety of games such as Mario Kart, trivia and smartphone apps. They even moved away from technology at times and played cards and chess.

Mario Kart was the biggest hit for both generations. But for Steele, the game brought back fond memories of her younger years and cross-country travels in a RV.

“I don’t know how I drove across country as many times as I did because I ran off the road every time I turned around [in Mario Kart],” Steele said.

The chatter between the two age groups was nonstop as the hours ticked by, learning from one another about the benefits and drawbacks of technology.

“[The seniors] had a lot of misconceptions about our generation and that our technology turns us away from being social,” Riley McCardell, a Rhodos Fellow, said. “This is a way for them to see that we are really social.”

After the first event ended in smiles on everyone’s faces, the two communities planned to continue monthly meet-ups, with their next scheduled event at Still Hopes.

With the younger generation soon to be in their stomping grounds, the seniors hope to show them games such as Hangman and tic-tac-toe, which they grew up enjoying. 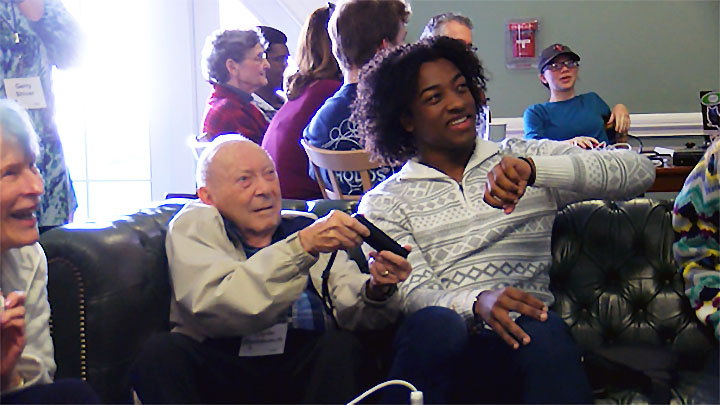 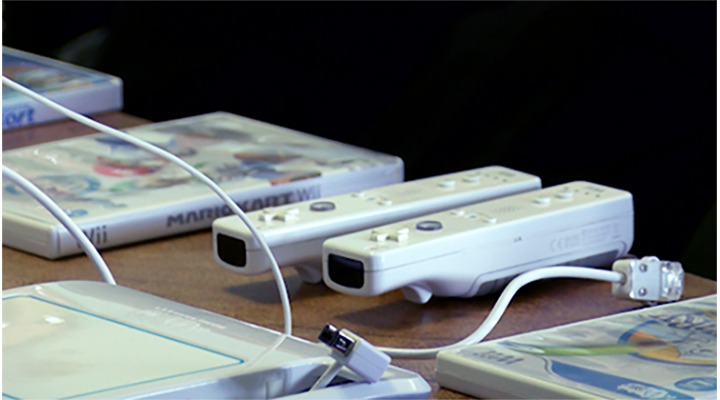 The Rhodos Fellows students were committed to teaching retirement home residents how to have fun with technology.