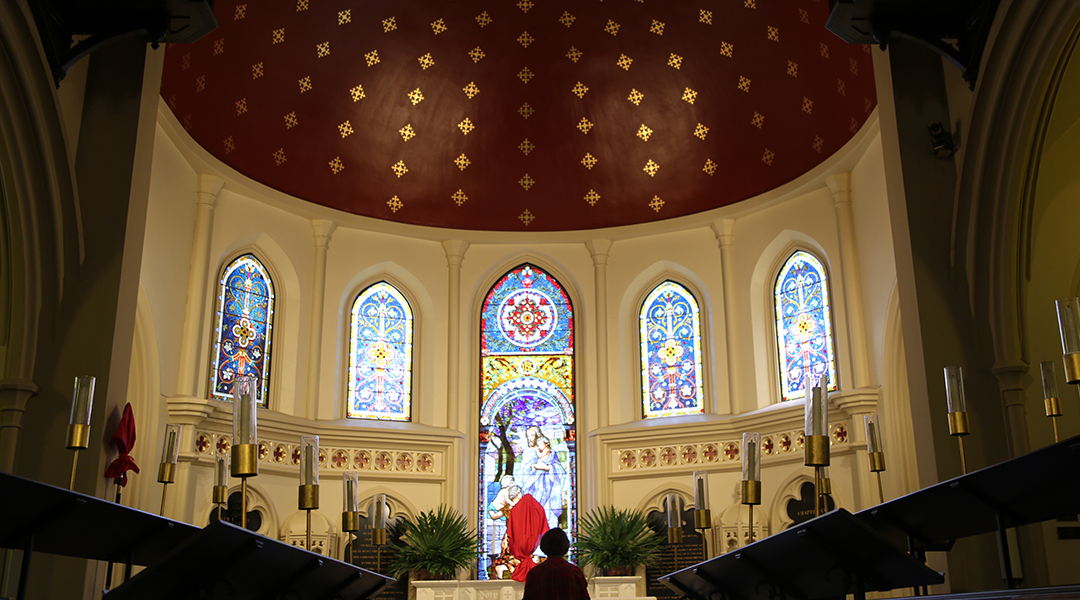 “Cathedrals are places of intersection of both the world of spirituality… it’s a meeting of culture and faith in really fascinating ways,” said the Rev. Dorian Del Priore, Canon for Mission & Evangelism at Trinity Episcopal Cathedral.

The sight of the medieval cathedral Notre-Dame de Paris in flames was nothing less of “gut wrenching and heartbreaking” for the Rev. Dorian Del Priore of Columbia. He along with millions across the world grieved after flames engulfed the 856-year-old cathedral.

“It is the most visited site in Paris. It has reverberations, culture and art and music throughout the world,” Del Priore, Canon for Mission & Evangelism at Trinity Episcopal Cathedral in Columbia said Tuesday. “It’s hard to not be touched. Even people who might not have stepped into a church in years, something like that, they feel that at a guttural and instinctual level.”

On Monday, the cathedral caught fire, causing the spire to collapse onto the roof. Firefighters were able to save multiple relics including the crown of thorns believed to have been worn by Christ and the linen Tunic of St Louis. Statues were removed prior to the fire during renovations. Other sections of the architecture, such as the buttresses and famous rose stained glass windows appeared to have been spared.

He has never visited Notre Dame, but he has been part of communities that have suffered similar losses.

In October 2010, Virginia Theological Seminary, where he studied, suffered the loss of their chapel in a fire. It was the most historic chapel in Alexander, Virginia. Del Priore witnessed both the grief and the hope of a community as it wrestled with the tragic loss of the chapel. For him, cathedrals are places where the religious world of spirituality and the secular world intersect.

“And Notre Dame is the epitome of that. To see it in flames is just heart wrenching and sad. Even more so you think of the layers of history, all of the hands that have gone into that place. The walls are just steeped and dripped with people’s prayers,” Del Priore said.

Notre-Dame de Paris was constructed from 1163 to 1345 in Paris, France. Consecrated to the Virgin Mary, it is one of the most recognized symbols of the the French nation. It is one of the finest examples of French Gothic architecture and has undergone numerous modifications due to riots and wars dating back to 1548. The cathedral houses valued relics of the Catholic faith including the Crown of Thorns, believed to be worn by Jesus.

“The first thing I thought about was the relics. If those burn, then what’s going to happen?” Ashley Mason, a member of Carolina Catholics, a Catholic worship group at USC, said. “Especially because it’s Holy Week for us, it’s a very sacred time because we’re preparing for his death and resurrection. And the relics are something that is seen of great value or importance to our faith.”

Holy Week in Christianity is the week before Easter and the last week of Lent. The week is a time of devotion to the Passion of Jesus Christ. For Del Priore, the Notre Dame fire happening during Holy Week only amplifies “the richness of that story.” The sense of grief and loss and damage of Notre Dame gives a similar narrative to the Passion of Christ.

“It’s a journey; how is God going to work through this loss? How is God going to redeem this loss, this suffering,” Del Priore said. “And ultimately that’s the story of the cross too, is that God and Christ took death and made it powerless.”

Most of the items and relics were moved to the Louvre, Paris’ renowned art museum, and  French President Emmanuel Macron vowed the cathedral will be restored and completed within five years. This brings hope back to the Roman Catholic community, especially people like Santiago Gunther, who want the cathedral to reopen to be the house of prayers it once was.

“It’s such a large congregation. Just a rich place of faith and history,” Gunther said. “It’s just saddening to see that get burned down after all of this time and effort put into building that which took about 100 years to do so. I think we should just respect it and rebuild it to what it use to be.” 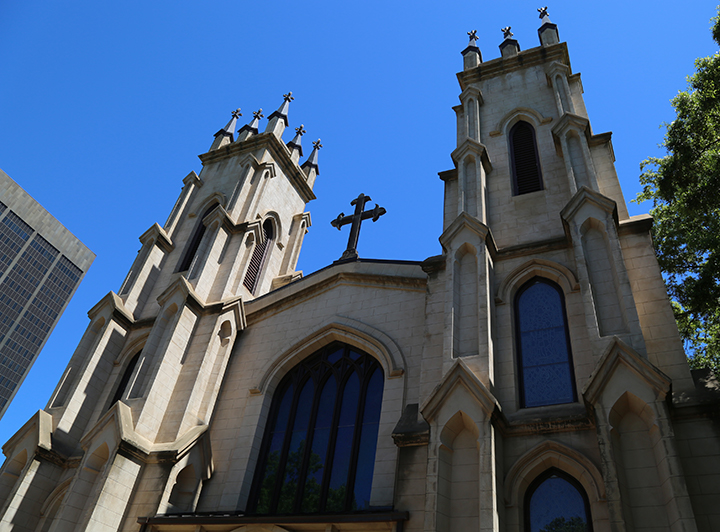 Trinity Episcopal Cathedral on Sumter Street has multiple architectural features similar to ones in the Notre Dame, including the two towers at the front of the church and a rose stained glass window. 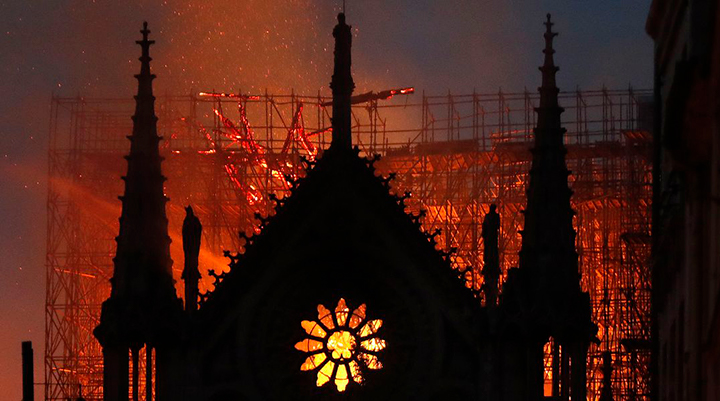 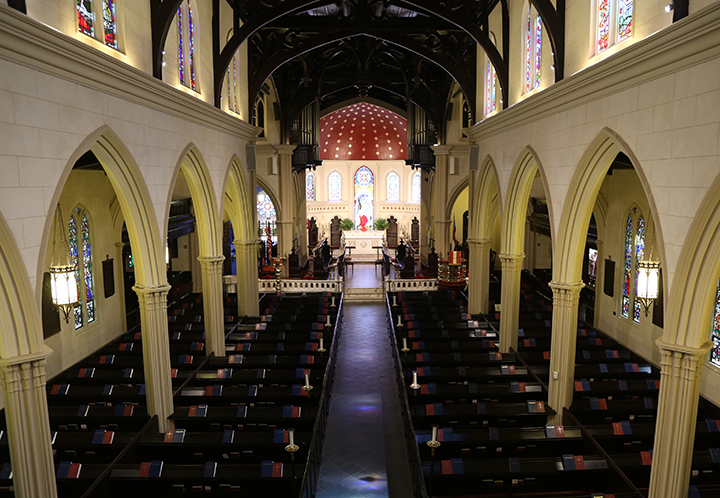 Most cathedrals have a dome and a crossing, an architectural element that allows access to the front of the cathedral, which purposely resemebles the cross of Christ. The crossing of the Notre Dame was a major devastated area. 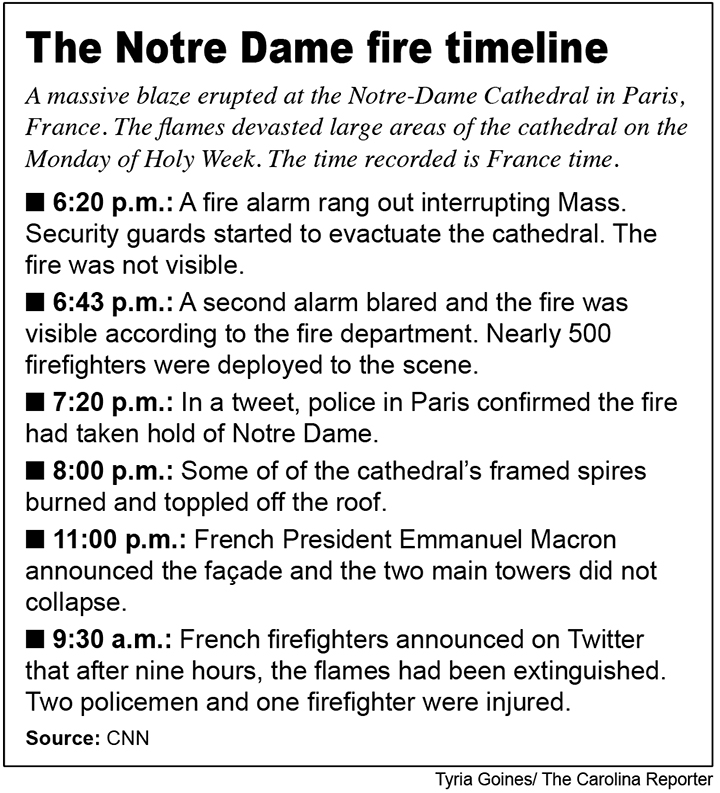