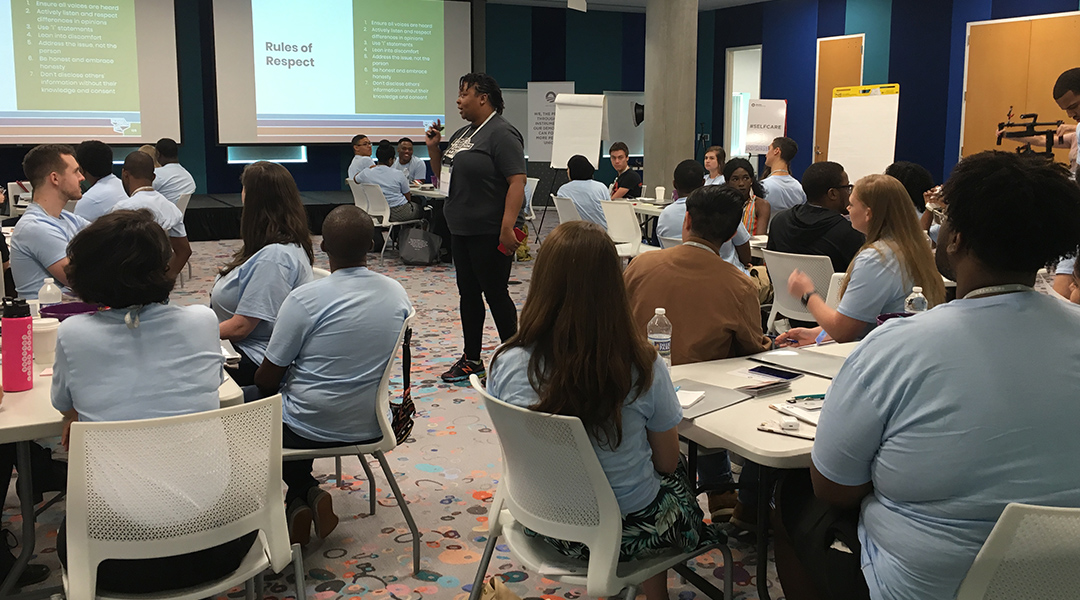 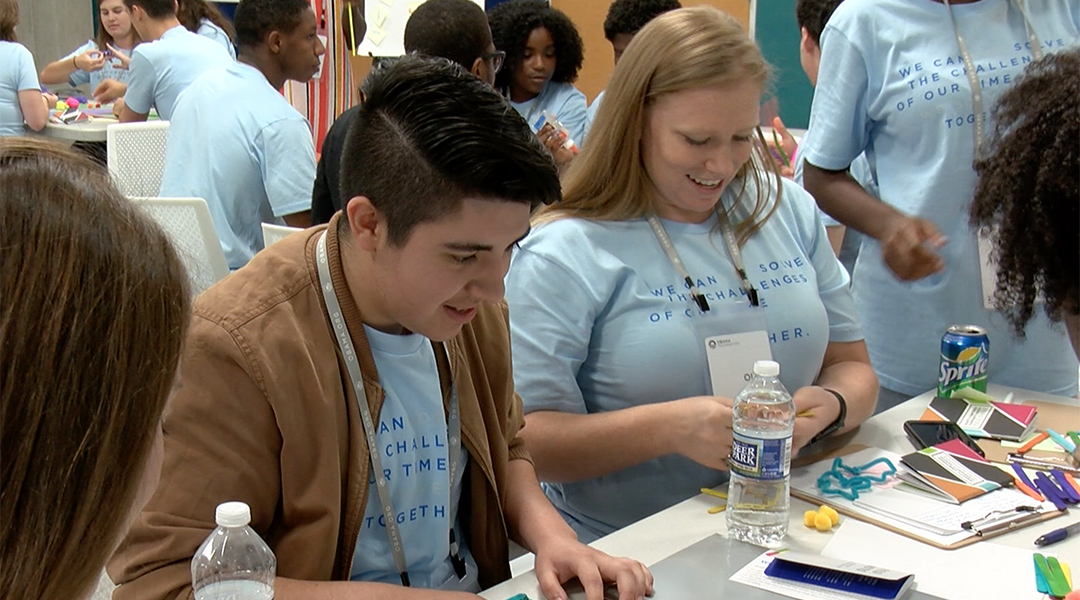 Participant Danny Flores works alongside group members to complete a model for one of the day’s workshops.

Columbia is one of three cities chosen by the Obama Foundation to host the first Community Leadership Corps in 2018.

Chicago and Phoenix are the other two cities, and, according to the Foundation, the cities were selected because of the opportunities for engagement they offer young leaders.

The Obama Foundation began in 2014 and began with the mission “to inspire and empower people to change their world.” According to its website, the Foundation has several initiatives to complete its mission, including the Community Leadership Corps.

The program will run in Columbia from June to Nov. 2018 and may continue beyond that.

Participants applied in May and were chosen in early June. Demonstrated leadership skills were crucial in the selection process, but it was also important to show an investment in the community.

Over the course of the six-month program, participants will work to develop a team and begin doing what they can to make an impact in the community on such issues such as education, health and social change.

Nineteen-year-old participant, Danny Flores is working to impact his community on an issue close to his heart.

“I want to make a change in Columbia, South Carolina by creating or uniting the ‘queer Latinx community’ that doesn’t really exist here in Columbia,” Flores said.

The participants come up with their own issue to tackle in various areas.

Dual degree law student, Hazel Bridges, is looking to impact educational access for everyone. She believes that the Community Leadership Corps helps “everyone to realize that though there may be a face to a movement, each of us have our own part to play.”