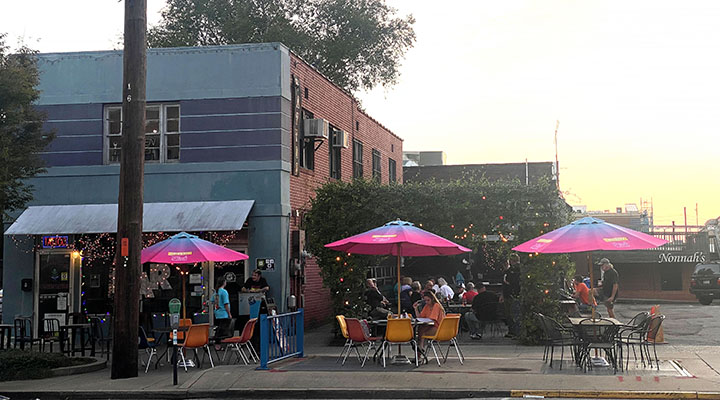 Customers grab at sunset drink at Art Bar, located at 1211 Park St in the Vista. Photos by Grace Tippett

The Art Bar in the Vista is celebrating 30 years of business with a community of customers, employees and friends.

The quirky indoor/outdoor bar, on Park Street near Gervais, long has been a favorite of the late-night, creative crowd.

Red lights, blue lights and multi-level seating arrangements mark separate lounge areas. Vintage video games and a karaoke stage draw bargoers to the stage at the back of the space.

The bar’s family extends beyond just the bar staff, said Clark Ellefson, co-owner of the business.

“We have many friends now who met, got married, and their kids are coming to the bar, which is really kind of cool,” Ellefson said.

Shayla Price has bartended at the location for around five months but has been a patron for almost 10 years.

“I’ve been a regular here,” Price said. “I’ve moved away. I’ve come back. I always come back to this little spot.”

The space is filled with an eclectic collection of mixed-media and metal sculptures, including large robots, Clark’s creations and the bar’s signature attraction. The bar is constantly changing, though, with the addition of new pieces.

“Every time I come in here, there’s something new I didn’t see the last time,” Price said.

Tom Negrin used to work at the bar but continues to support the business as a customer.

“I’m always going to come back here as long as it’s open,” Negrin said. “Even if I leave Columbia or South Carolina, if I ever come back to town, I’m definitely coming back here for a beer.”

Co-owner Andy Rogers, who started as a bartender before becoming a manager and later buying into the business, met his wife while working at the Art Bar. He says the bar is looking forward to the future after the anniversary celebrations.

“I think that we just appreciate everyone’s support over the 30 years and look forward to continuing to have a good relationship with Columbia,” Rogers said. “You know, we intend to up our community service and our fundraising for charities, and we want to be here for a lot longer.”

Customers enjoy open-mic comedy, karaoke, trivia and live music. The bar hosts such events each week, but is ramping up the energy with this week’s events, Ellefson said.

During Wednesday’s trivia night, there will be a special round of Art Bar trivia “for those people who think that they know Art Bar pretty well and who feel like they’ve been here since the beginning,” Rogers said.

Price said she is most excited for this weekend’s band lineup: Moving Mercury, P.H.D., The Soul Mites, Rear Window, Channel Zero and The Items.

On Monday, Price was sporting a multicolored tie-dyed T-shirt the bar’s robot logo and the “30 years of weird” slogan. The employees have been wearing the robot T-shirts for years but decided to offer the T-shirts to the public, too, as part of the celebration, Price said.

The bar also has a second T-shirt design, which is a remake of the bar’s very first T-shirt 30 years ago and also has the anniversary tagline.

“I think 30 years as a small, independent business is a big accomplishment,” Rogers said.

The bar officially opened on Sept. 18, 1992, after one of the owners noticed a need for a gathering place in the area.

“Back then there were only a few places, a few bars and restaurants,” Ellefson said. “In the ’80s, in fact, it wasn’t even called the Vista. It was just the wrong side of the tracks.”

The Art Bar has watched the Vista grow into the hub it is today. Ellefson has been part of the Vista Guild merchants association since the 1980s, helping to create events such as Artista Vista, in April, and Vista Lights, considered the city’s kickoff to the November-December holiday season. Ellefson is an artist himself and also owns Lewis and Clark, specializing in artistic appliance art.

“We certainly want to thank everyone that has participated in our bar over the years and decades,” Ellefson said. 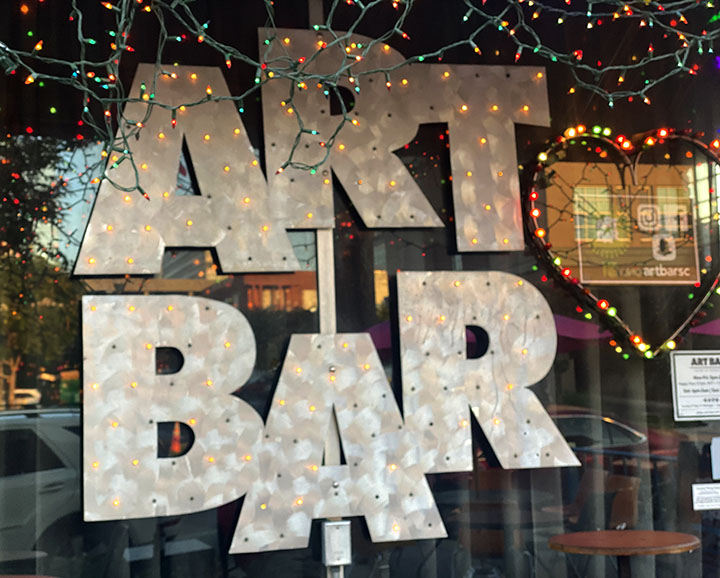 The metal Art Bar sign hangs on the front of the building. 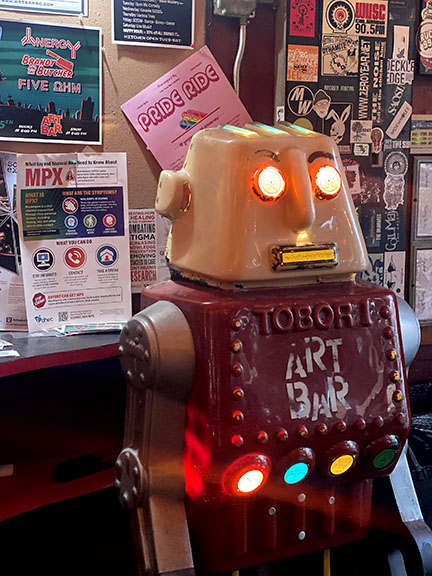 The robot art is a signature part of the bar’s interior design. 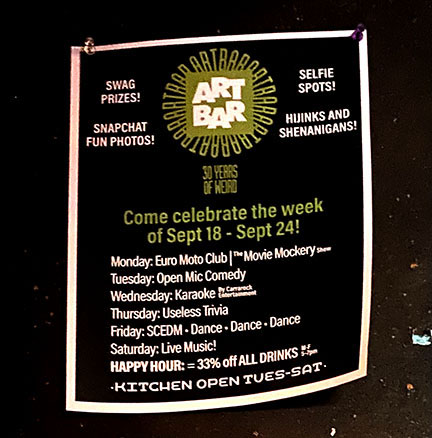 This is the flyer for the week’s celebrations, including the “30 years of weird” tagline. 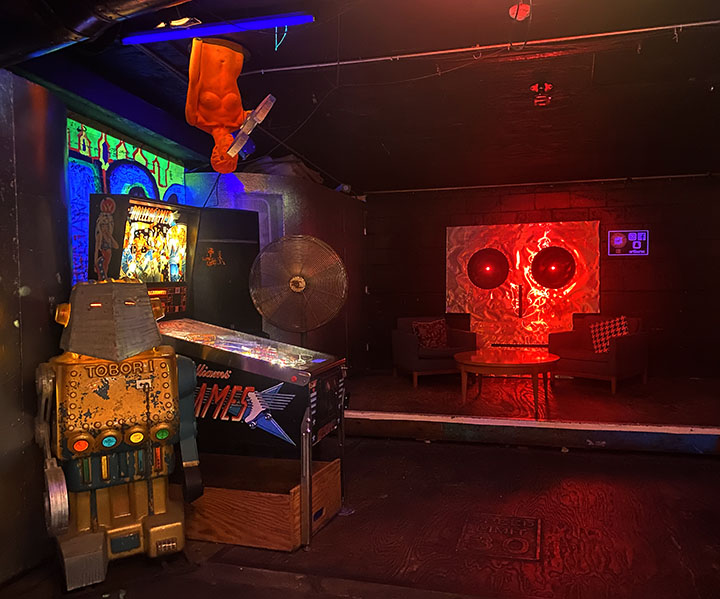 Vintage video games and robot art decorate this room where there is a stage and dance floor.