Overworked and understaffed, Columbia faces labor shortages across the city 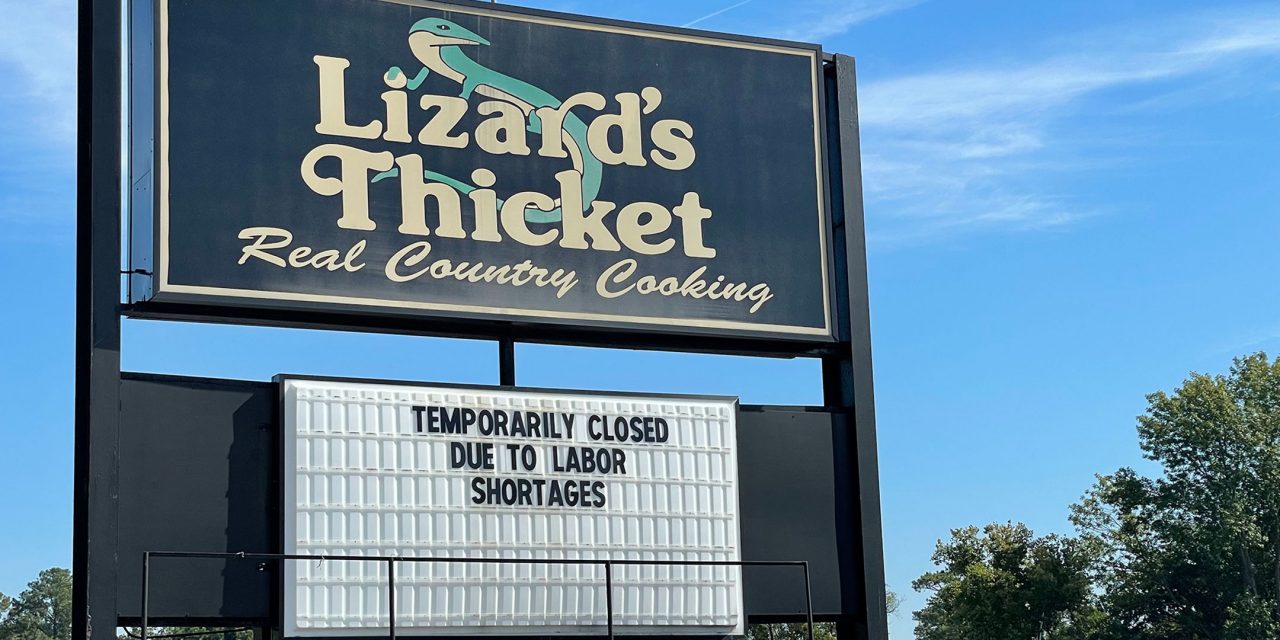 Lizard’s Thicket is one of Columbia’s local businesses that is feeling the effects of the labor shortage. Photos by Mackenzie Patterson

A third generation employee at Lizard’s Thicket dragged supplies out of an empty building that had recently housed a bustling restaurant. As he lugged the supplies onto an empty parking lot on Beltline Boulevard, he paused to explain that the restaurant was temporarily closed.

Robert Williams III, the operations manager of Lizard’s Thicket, grew up in the family business that is known as a “meat and three” homestyle restaurant chain and has been wondering what happened to all of the workers.

“I don’t know where all the people went, it still blows my mind,” said Williams.

Not only is this a problem in restaurants in South Carolina, it’s a problem nationwide and has been given the title “The Great Resignation.” Some restaurants are struggling to keep staff or find replacements, but people who could apply are hesitant due to lack of childcare, Covid fears, and low wages. For some, unemployment benefits made staying home their preferred option.

“It’s not just our industry, it’s every industry. We keep hoping it’s going to change, but we haven’t seen it. We hope the government starts incentivizing people for having jobs, and rewarding them for actually getting back in the workforce. Our people missed a lot of the benefits ‘cause they worked through; they’ve known no other than to work,” Williams said.

Even with a workforce reduced from 700 to 600 employees, Williams said that his business hasn’t missed a beat.

“We are busier than we have ever been,” said Williams. “The problem is having enough staff and hiring new people. We have longtime employees, they have been working through the pandemic. We didn’t close for any of it. They have been out here doing it for a year and a half now. We keep waiting for the cavalry to come with extra people, but they just haven’t shown up. The business is great, but the workload is tremendous.”

Lizard’s Thicket, a restaurant that has most of its locations in the Columbia area, currently has around 600 employees working in their restaurants. They would like to have around 700 employees.

Sara Krisnow, the community relations member for Lizard’s Thicket, said that recently the Airport Boulevard location closed permanently, and the Beltline Boulevard location has been temporarily closed to help relieve some of the stress on their employees.

The pandemic shook up the U.S. workplace as some employees were laid off, began working from home, and had to organize remote education and child care for children.

Kelley Rice has cycled through two jobs that left her feeling overworked and underpaid. As the manager of a CBD store, she felt overwhelmed at her job even before the pandemic. Prior to her job at the CBD store, Rice worked at JC Penny and saw many employees leave and apply for unemployment, which was often higher than their weekly paychecks. Rice worked there for three years and left due to low pay as the CBD store paid a significantly higher wage.

“A lot of my coworkers went on unemployment and quit their jobs instead of staying at JC Penny because they were making more money on unemployment, and that’s just one little case but we were being paid very, very little there,” she said.

Wages are a major barrier between the unemployed and employment. One unemployed person, who asked not to be identified due to a non-disclosure agreement, blamed low wages and lack of benefits for the employee shortage and emphasized the fear of Covid-19 among workers.

“It’s a joke. How can they say, how can they say it’s a job- employee shortage? All the people that have died. How many have died? How many are sick? And all those jobs are now into the market,” they said.

She believes that a lack of childcare and lack of financial help from business owners are also contributing to their reluctance to work again. With schools and businesses reopening, they fear for the safety of their family and children if they get to work. Unemployment benefits allowed them to stay home to avoid the virus, but they now feel they are being pushed into dangerous territory.

“Unless they start helping people, the economy will not improve because the economy depends on the people and dead people and sick people are not going to make a good economy. The economy can improve but the dead will not get out of their graves,” they said. 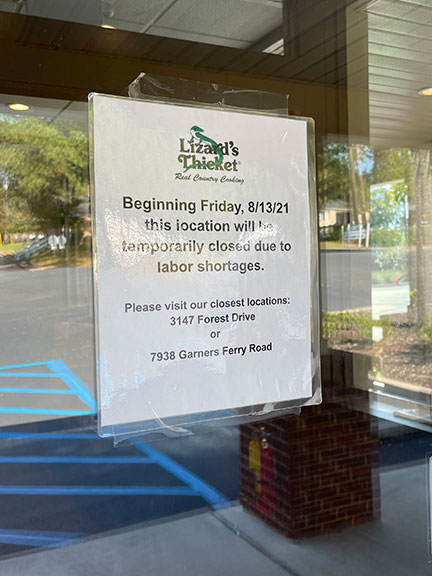 The Lizard’s Thicket on Beltline Blvd. has been temporarily closed to help relieve some of the stress on their employees. 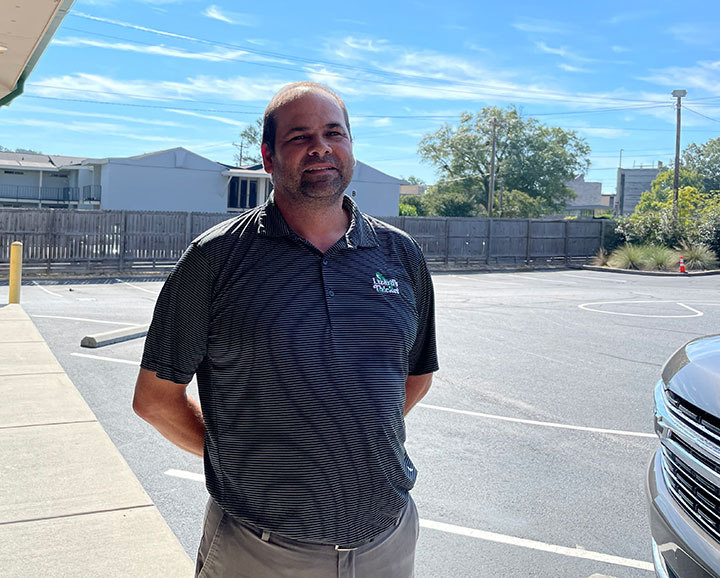 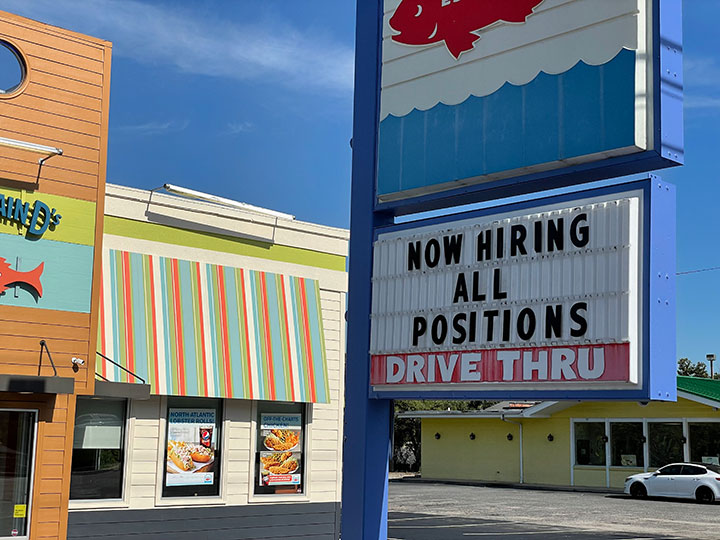 On Two Notch Road, there are many signs on businesses trying to hire full-time and part-time employees. 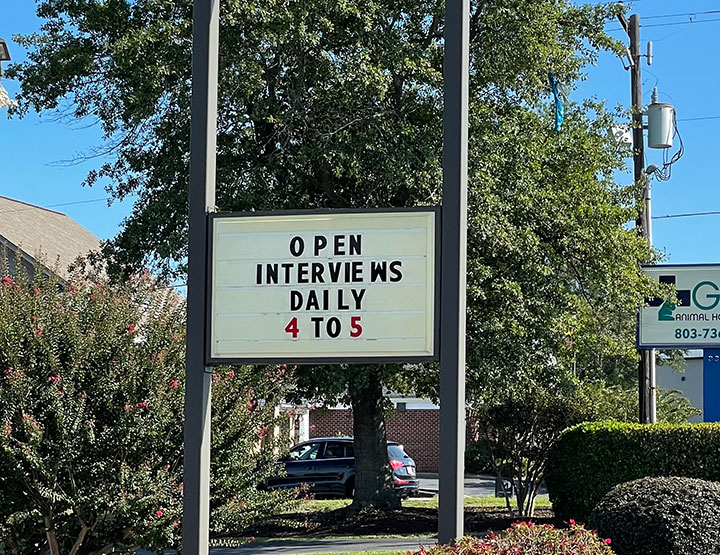 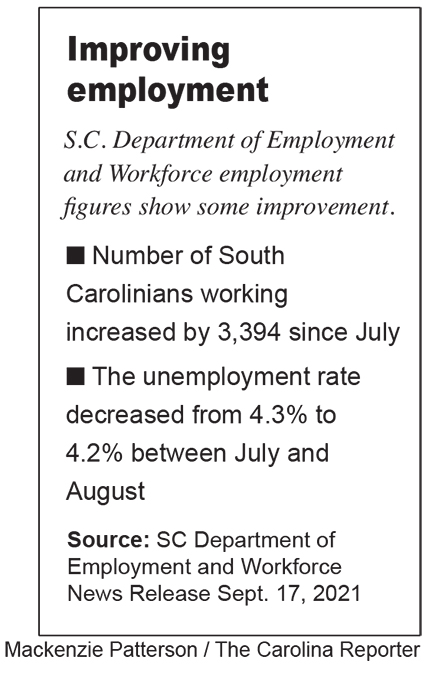