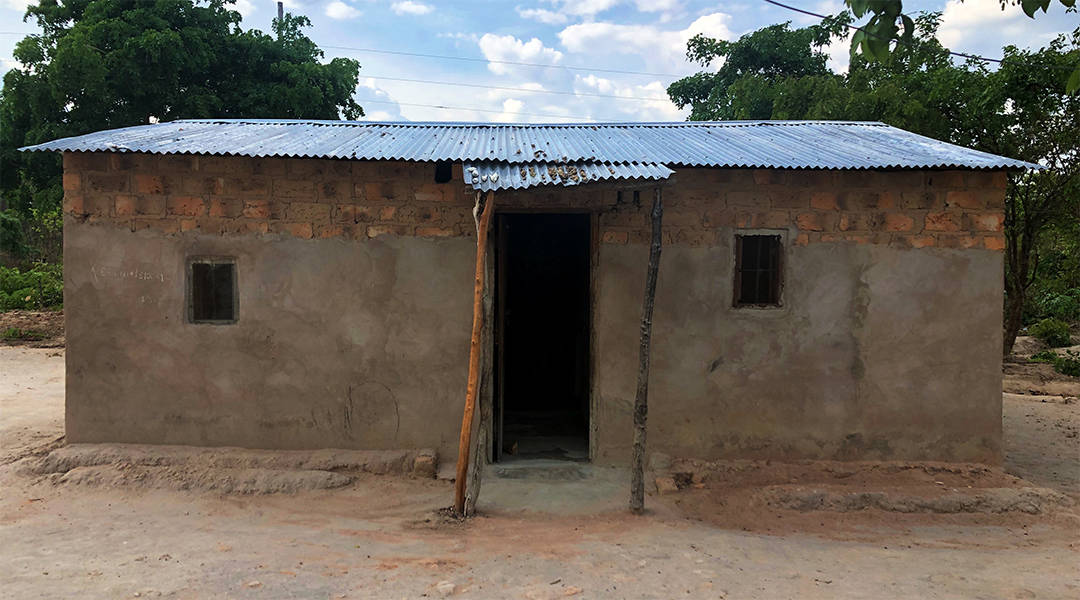 Emily Jonczyk lived in this Luapula, Zambia, home while serving in the Peace Corps. She had to leave after seven months because of the coronavirus pandemic. Credit: Emily Jonczyk.

When Emily Jonczyk, a first-time Peace Corps maternal and child health volunteer, was jolted awake by her friend, she assumed that she had overslept. However, her friend had more serious news – Jonczyk was going to have to leave Africa and return to the United States.

On March 15,  for the first time in the U.S. agency’s 61 years, the Peace Corps evacuated all of its volunteers worldwide to protect them from the coronavirus. The Peace Corps is an American service organization that sends volunteers around the globe to assist communities in need and help “to tackle the most pressing challenges of our generation,” according to the Peace Corps’ website.

“The hardest thing about it was not being allowed to go back and say our goodbyes,” said Jonczyk, who was stationed in Luapula Province, Zambia. “Knowing that the people in our villages will think we abandoned them is heartbreaking.”

When Jonczyk got the news, she was in Zambia’s capital, Lusaka, for a training seminar. At the time, she had not been to her village for three weeks.

“On Monday [March 16], they said those of us in the capital would have time to go back and say goodbye, gather our things,” said Jonczyk. “On Tuesday, our director told us that would no longer be possible.”

Jonczyk, a recent University of South Carolina graduate, is still hopeful that she will be able to return to her village once the coronavirus pandemic has subsided.

Peace Corps Director Jody Olsen has said that the organization has every intention of resuming operations and returning volunteers to their host countries “once conditions permit.”

“I would love to go back to my village; it’s just a matter of how long that will take,” said Jonczyk. “They give us a readjustment allowance but it’s not a lot. At some point, people have to start making money.”

For now, Jonczyk is focusing on readjusting to life in quarantine.

“When I envisioned coming back to America, I thought I’d be going out to eat, seeing all my friends and doing all the things I’ve missed. None of those things are possible now though,” said Jonczyk. “I feel like it’s an apocalypse.”

Jonczyk recalled that her flight to Charlotte, North Carolina, was the first time she realized how different life was about to be. She boarded her plane to find 15 other passengers and 150 empty seats.

“Everything here feels eerie and apocalyptic,” said Jonczyk. “But this is affecting everyone in the world, not just the U.S. It’s a literal global crisis.”

Zambia now has 36 confirmed cases, and the continent of Africa as a whole has 6,473. Jonczyk worries about how villages like Luapula will be affected by the crisis.

“In my health clinic, there were seven people working in it and they have to try and treat like four to five thousand people,” Jonczyk said. “So now they’re also trying to stress hand-washing, but good hygiene is really hard in a rural setting with no running water.”

Jonczyk explained that the people in her village were focused on completing their daily essential tasks, so worrying about the virus or trying to carry in extra water for hand washing wasn’t important to them.

“Their healthcare system is just very broken and there aren’t many resources for people,” said Jonczyk, who also explained that villagers tend to listen better to volunteers since they come from such a privileged country. “That’s why it’s so difficult for these countries to be losing volunteers, especially ones who have been there for so long.”

Jonczyc only got to live in her village for seven months, but she worries daily about the friends and children she never got to say goodbye to.

“I pray that they will get a handle on it, but I’m very nervous about the decision [to evacuate volunteers],” said Jonczyk. “They just don’t have the access or the resources to handle this at all.”

This account was solely Jonczyk’s experience and how she reacted to the events that occurred. It does not reflect the opinions of any other volunteers or the Peace Corps organization.

Emily Jonczyk’s Facebook post alerting her friends and family that she would be returning to the U.S. due to the coronavirus. 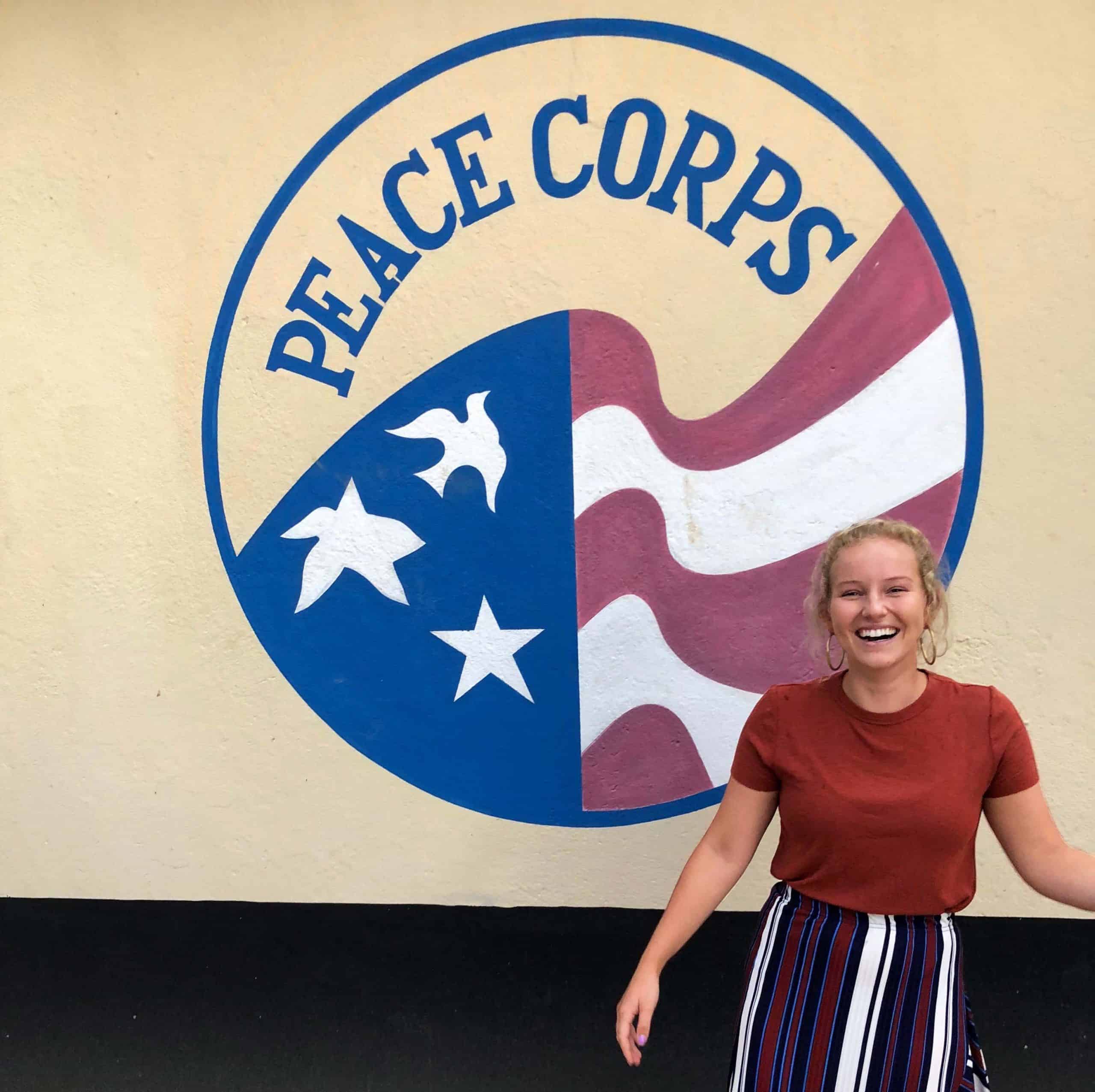 Jonczyk was optimistic and excited after arriving in Africa for her two-year long assignment as a maternal and child health volunteer; blissfully unaware that she would be heading home in seven months because of a worldwide pandemic. Credit: Emily Jonczyk. 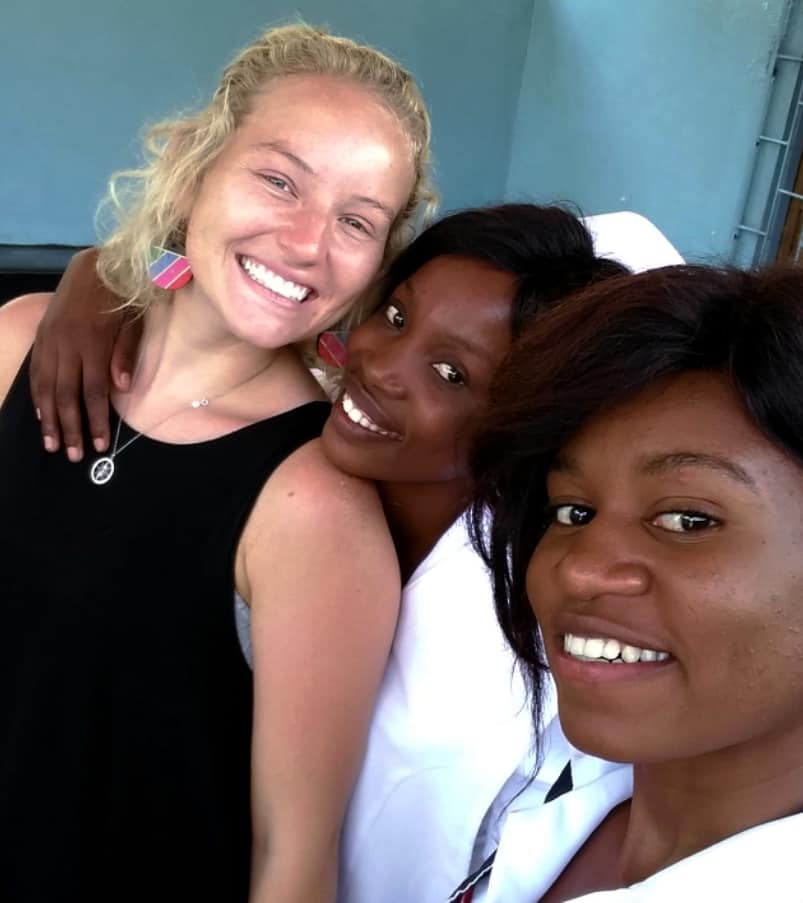 Jonczyk and two of her Zambian coworkers, Jen and Nancy, right, take a quick photo before Jonczyk left the village for a month of travel and training. Credit: Nancy.