Pet adoptions continue to climb during the pandemic 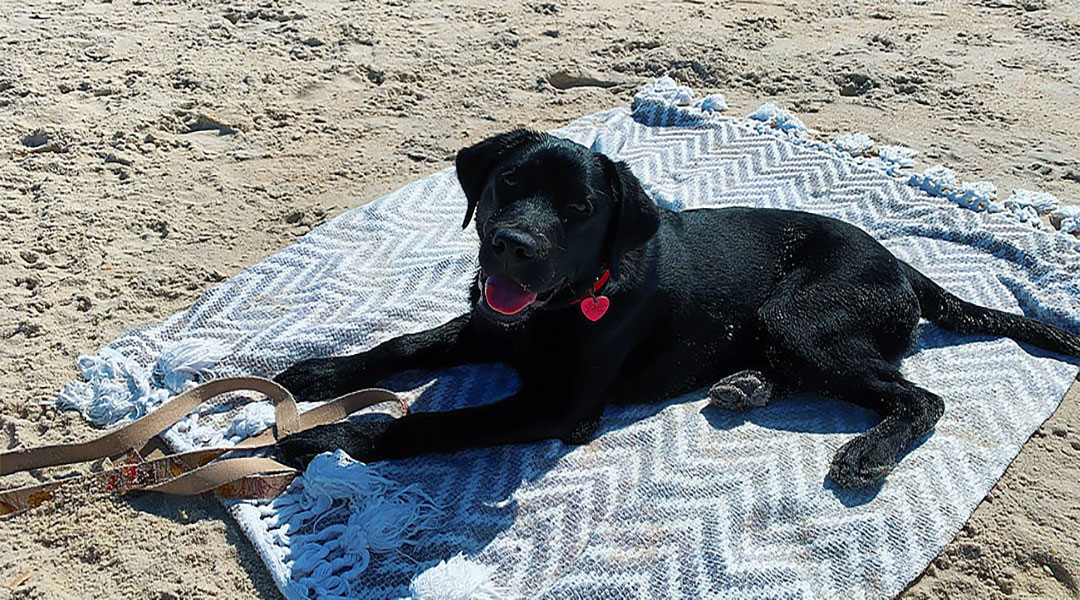 Despite the financial strain created by pandemic and its ensuing lockdowns, pet adoptions boomed in 2020. Photo courtesy: Natalie Lattoz

The pandemic has created unprecedented isolation and restrictions for many people, bringing about feelings of loneliness and anxiety. For individuals like college student Natalie Lattoz, adopting a furry friend has been the magic cure for these quarantine blues.

“My mother and I were just stuck in the house all day. Even though we had each other, it was easy to feel lonely,” said Natalie Lattoz, a 21-year-old college student at the University of South Carolina. With her mother, she adopted Parker, a black lab puppy, in June of 2020.

“My mom was pretty upset and stressed with everything going on in the world… Getting Parker brought us so much joy,” said Lattoz.

While Natalie has since returned to Columbia with Parker, she has prioritized visiting her mother every few months, always bringing the black labrador retriever along.

The Lattoz family’s response to pandemic-induced isolation was not unique.

According to research by the pet retailer, Chewy.com, almost 900,000 pets were adopted from shelters across the country in 2020. This figure is an increase of nearly 50,000 from the previous year.

The impact of these adoption increases can also be seen locally.

“We’ve always used a waitlist system for adoptions. Due to increased demand, we are no longer doing the waitlist,” said Brittany Banks.

Banks is the owner of Puppy Kingdom, a Columbia adoption service that specializes in toy dog breeds. The service was originally located in the Columbia Place Mall, but relocated last March. However, the move did nothing to slow down the company’s adoption rates, which have continued to increase over the last several months.

This increased demand has created complications for Puppy Kingdom’s waitlist procedures, forcing the company to do away with the system.

Pet adoption numbers have been rising nationally for years. A survey conducted by the American Veterinary Medical Association found an increase in dog ownership in about 5 million households nationwide from 2012 to 2018.

However, the lack of companionship experienced by countless people during the pandemic seems to have sent these numbers into overdrive.

While many followed through with complete pet adoptions during the pandemic, others opted for more short-term pet companionship.

In addition to the increase in adopted animals, Chewy.com’s research also reported a 17% increase in fostering shelter animals this past year. Fostering is voluntary temporary care provided to shelter animals. It was the perfect opportunity for people unwilling or unable to commit to a pet long-term.

Grace Friday, a 22-year-old recent college graduate, is one of these people. She has volunteered as a foster pet owner since last July.

“I’ve always wanted a dog of my own, but with my schedule and finances, it doesn’t make sense for me to fully adopt one yet,” said Friday.

Since becoming a foster parent, Friday has taken care of three different dogs and one cat. She admits that she initially volunteered “mostly out of boredom” but now claims the relationships between her and her temporary house guests have been more symbiotic than expected.

“I think a lot of people view animals as like a toy or something to keep you entertained, but for the dogs I’ve taken care of, I’ve helped them as much as they’ve helped me,” said Friday. “These [animals] came from shelters, so they had to learn how to act around people and a house.”

These surges in adoption and fostering are not limited to the traditional house pets either. Rabbits, guinea pigs and hedgehogs have seen an increased presence in American households over the last year.

Many of these less conventional pets serve an additional purpose for their households as emotional support animals. These animals help their owners cope with mental health issues such as anxiety, stress and depression. Considering collective mental health has been increasingly strained by the ongoing pandemic, it is no surprise that emotional support animal ownership has increased as well.

While many animal adoption shelters are thrilled with the uptick in adoption numbers, there are concerns that this surge could lead to mass abandonment in the future.

A study conducted in 2015 by the American Society for the Prevention of Cruelty to Animals found that 36% of all pet owners in the United States surrendered their pets to animal shelters. The reasons for this ranged from housing issues, financial issues and animal behavior issues.

Cities like Houston, Texas, have already seen a 20% increase in abandonment cases since July, prompting a response from anti-animal cruelty groups like the Society for the Prevention of Cruelty to Animals. This group has worked with city governments across the country to place stiff punishment on anyone found guilty of abandoning an animal.

“Despite these uncertain times, there is no reason to leave an animal behind. None. It’s against state law and is cruel,” said Adam Reynolds, the chief cruelty investigator for the SPCA, in an interview with CBS last July.

Reynolds said he understood the stress that the pandemic might have on pet owners but encouraged the use of animal shelters and organizations like the SCPA, as opposed to abandonment.

Hughes is a Clemson alumna that has worked in veterinary clinics and boarding kennels for over a decade. Over the years, she’s seen many pet owners become overwhelmed and negligent.

“A pet comes with a lot of responsibility and expenses that you don’t recognize at first. Food, toys, leashes, appointments all cost money, and that’s not even counting the amount of personal time and attention you have to give them,” said Hughes. “I hope people are ready to stay with these animals.” 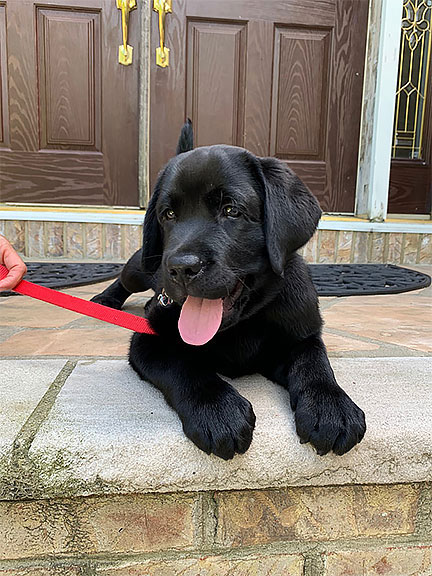 Parker, a Labrador retriever, was one of many animals adopted in the heart of the pandemic. Photo courtesy: Barbara Lattoz 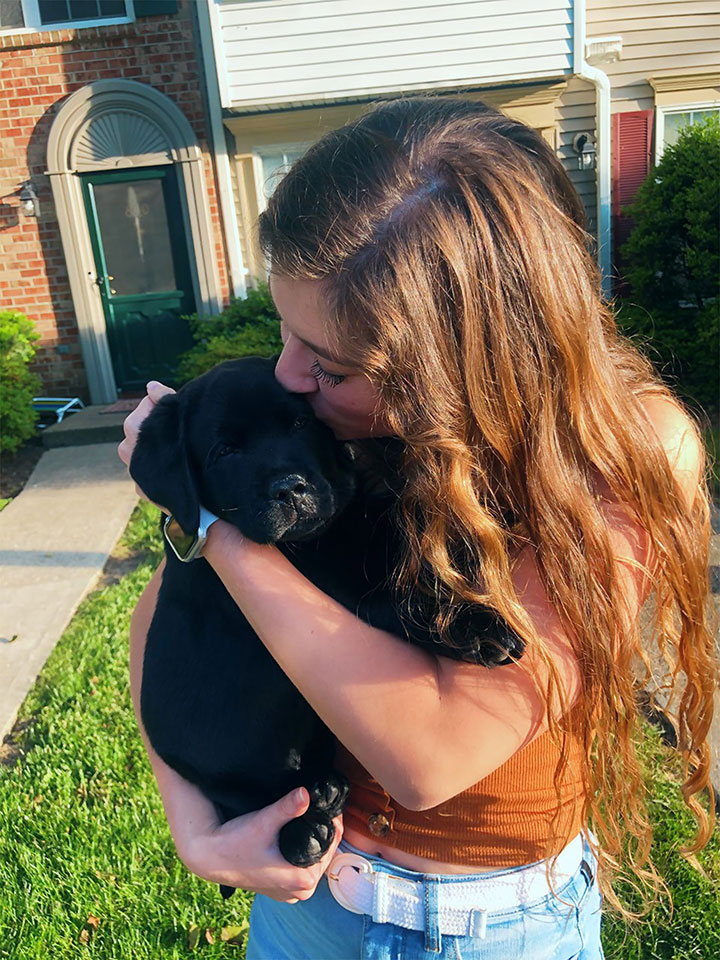 Natalie Lattoz said she felt isolated during the lockdown, and adopting a dog brought joy and companionship in a difficult time. Photo courtesy: Barbara Lattoz 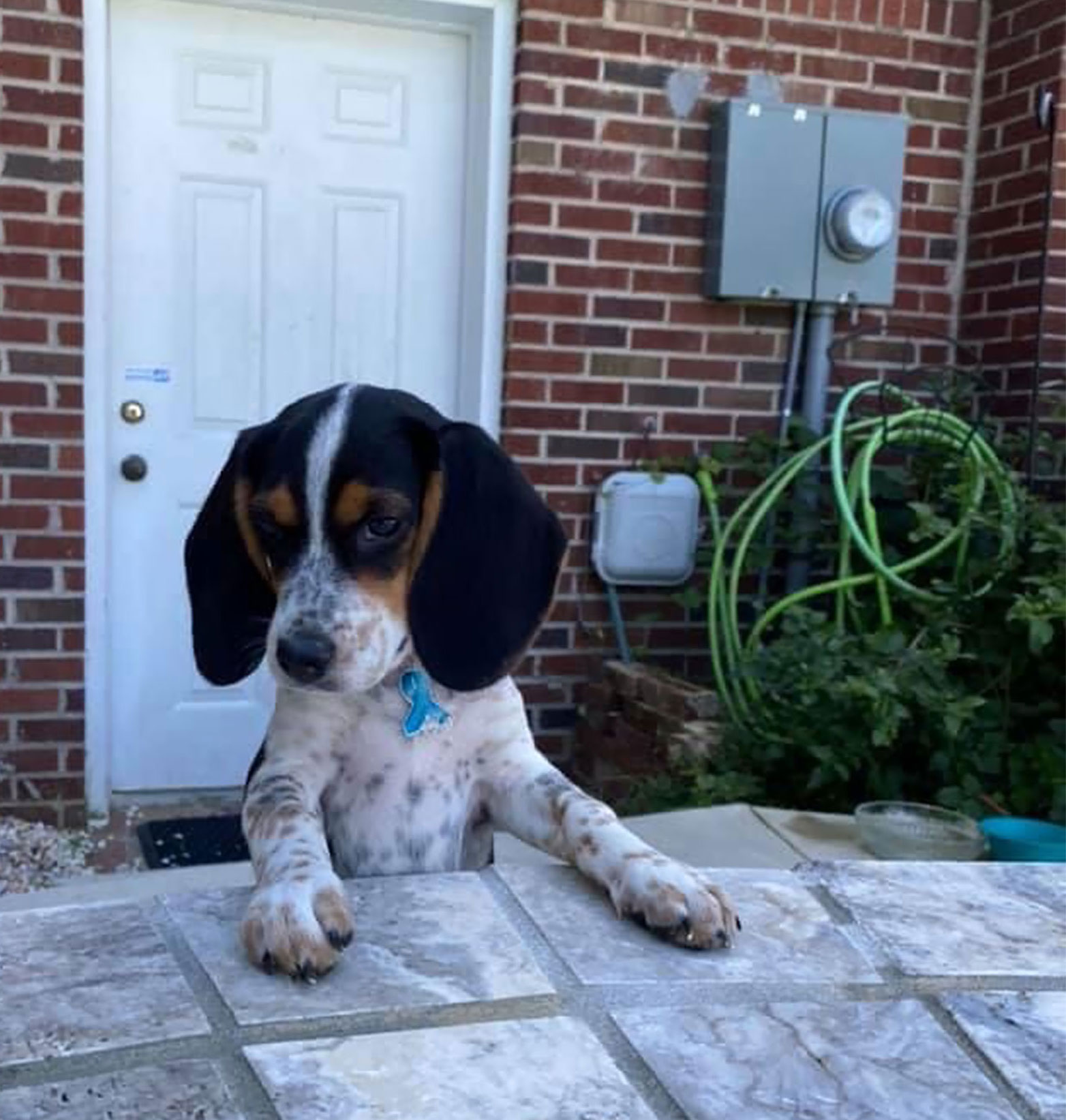 Shelter dogs like Boomer are taken care of by foster pet owners, who keep the dogs for a set amount of time to help them acclimate to a household setting. Photo credit: Ryan Ducey 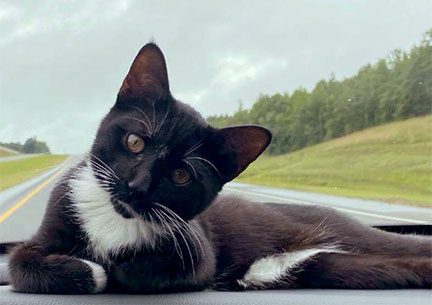 Spider John is one of the animals currently being fostered by 22-year-old Grace Friday. Photo courtesy: Grace Friday