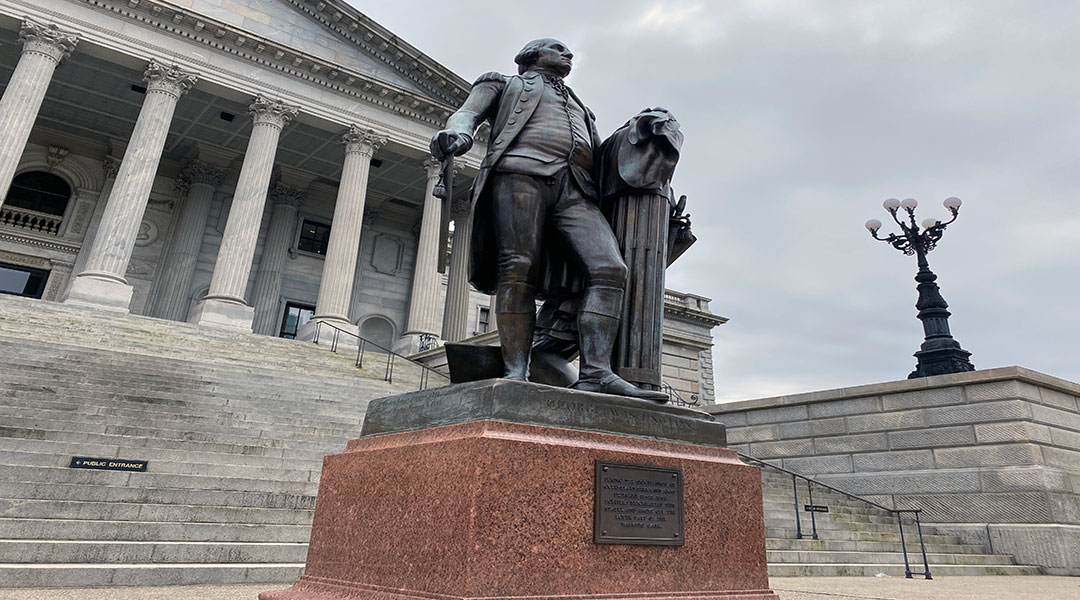 George Washington’s monument at the bottom of the State House steps is a copy of another sculpture made by French artist Jean-Antoine Houdon. Photos by Trey Martin.

Hosted by Lydia Brandt, an associate professor of art history at the University of South Carolina, the podcast producers hope to drive conversations about the grounds and how historic places are interpreted in the community.

“Every monument has its own story, and looking closely at the circumstances under which monuments were constructed should be a key part in deciding what to do next,” Brandt, who teaches within UofSC’s School of Visual Art and Design, said.

With more than 30 located on the grounds, South Carolinians have no shortage of monuments dedicated to figures who have shaped the state’s history. The majority of these figures were advocates for slavery and segregation, facts that were acknowledged by the white politicians who commissioned them.

“You have to understand and factor in the original intentions of monuments and the local conditions that make them look the way they do,” Brandt said.

As discussions continue nationwide over how to remember these figures, history shows that these monuments are not as permanent as one may believe.

“We tend to think of monuments being permanent, always looking that way, always being there,” Brandt said. “Almost all monuments on the State House grounds have moved, and for lots of different reasons. It makes you realize how much more flexibility there is in this space that people assume to be never changing.”

The series begins at the George Washington monument located at the base of the State House’s northern steps. The sculpture not only highlights his military achievements, represented by the sword and 13 reeds, but also his decision to return to his Mount Vernon plantation following the Revolutionary War, shown by the plow at his feet. Washington was a slave owner.

As discussed in the episode, advocates for slavery interpreted Washington as “an example of slavery’s goodness and importance to the founding of the nation.” Purchased in 1858, right before the Civil War when slavery was the biggest issue in American politics, white South Carolinians wanted this message at the foundation of their new State Capitol.

Brandt is an expert on Washington’s home, publishing her book “First in the Homes of His Countrymen: George Washington’s Mount Vernon in the American Imagination” in 2016. She also gave tours of the State House to both students and tourists, where she would always begin with the bronze statue of Washington.

“I start my tour with George Washington because his memory is something I’m familiar with. I wrote a book on it. But I also want to start with one everyone thinks they understand but don’t,” Brandt said. “Unraveling the intentions helps introduce the whole idea.”

The following episodes discuss the South Carolina Monument to the Confederate Dead, 19th century Gov. Benjamin Ryan “Pitchfork Ben” Tillman, 19th century Gov. and U.S. Senator George McDuffie and more. Brandt hopes that funding will be provided for a second season to go even deeper into the subject. 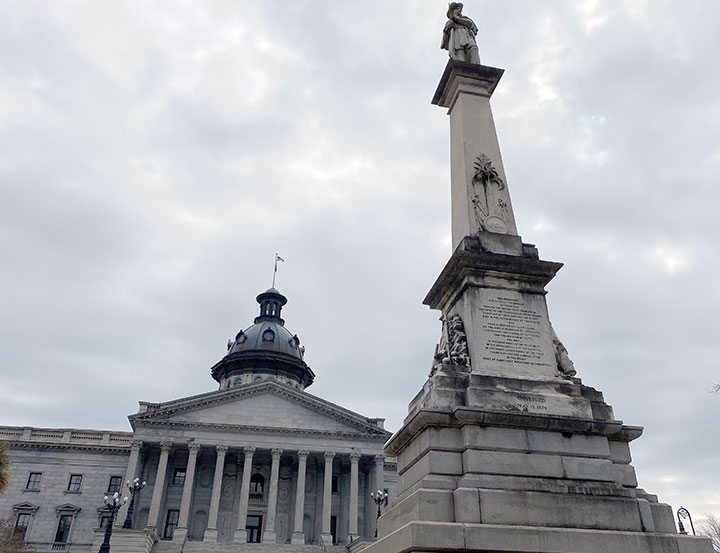 The South Carolina Monument to the Confederate Dead memorializes the common soldier who died during the Civil War defending the state’s right to slavery. 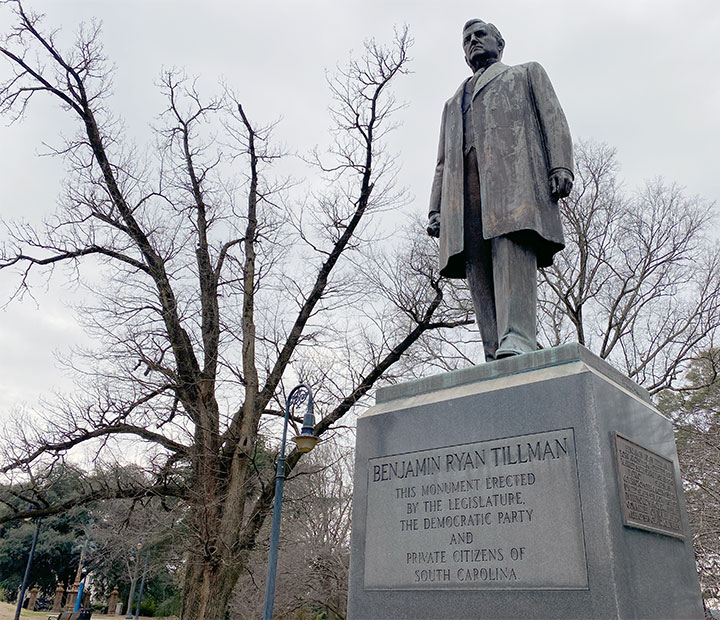 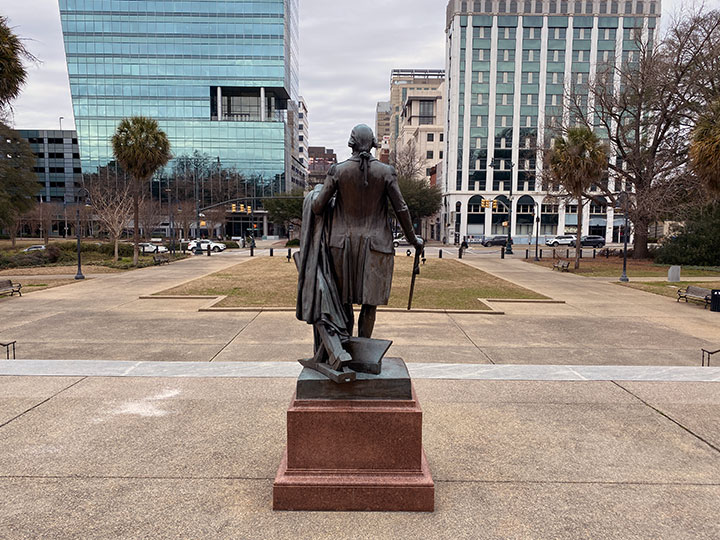 George Washington’s monument overlooks Main St. in Columbia, showing its importance to the politicians who commissioned the sculpture.