Project documents civil rights, one photo at a time 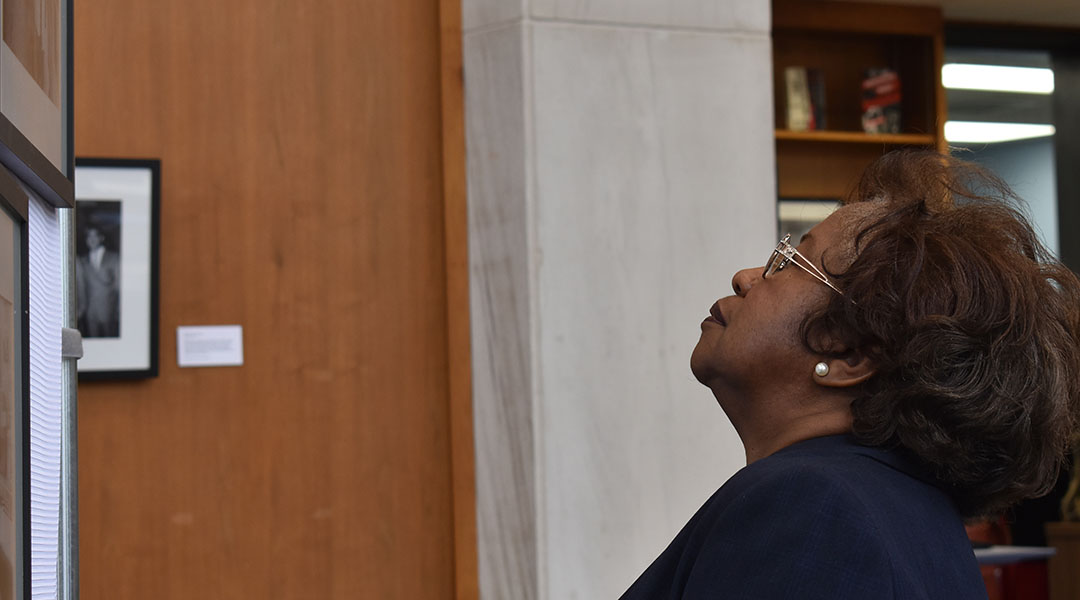 Growing up in Columbia during the height of the civil rights movement, Linda Tillman wasn’t allowed to attend marches and rallies aimed at ending segregation in South Carolina.

Her older brother was the only one of the six Tillman children their mother deemed old enough to participate in the demonstrations. So it wasn’t until much later in life that she witnessed her brother’s activism up close, when she identified him in a photograph on display at a civil rights exhibit.

Since that experience, Tillman has made it a priority to attend events such as Freedom Now, an exhibition at the South Carolina State Library put together by University of South Carolina professor and historian Bobby Donaldson.

“I was just wondering, ‘Who else might I recognize?'” she said Wednesday.

One of Donaldson’s many civil rights projects, this gallery stems from the Columbia SC 63 initiative, a collaboration among USC, Historic Columbia Foundation, the city of Columbia, and the Columbia Metropolitan Convention & Visitors Bureau.

In searching through photos for that project, he saw how many people were unidentified in the decades-old photographs. The information was at risk of being lost to time as activists from the era and their friends and families aged.

In order to “map the history of civil rights in Columbia,” he said he had to focus his efforts on “filling in the gaps and the blanks.”

Since then, Donaldson has hosted events in various communities to display the photos in the hopes of finding people able to identify the unknown people in the photos.

“It’s about conveying history, but it’s also about revealing history,” he said. “Part of the goal is that if these things are out on display, not in an archive or as negatives, that it provides the public with not only an opportunity to learn about their history but also contribute to history.”

Sometimes the subjects of the photos are well-known, from civil rights icons like the Rev. Dr. Martin Luther King, Jr. to the three students who integrated USC in 1963, but the photographers are unknown. Other times, the people in the photos are completely unknown until a friend of family member discovers them in the collections.

For Donaldson, those are the most rewarding moments of the project.

At the current exhibition, Tillman recognized both a former teacher and a minister who were friends with her family.

“It’s inspirational,” she said. “I think at the time, some people did not get how important it was, what was being done. This is important. If you have an opportunity to go in and help identify, give some insights, you should do it.”

She was one of multiple attendees who found someone they knew in the photos and was able to contribute to Donaldson’s research.

After listening to Donaldson speak about the exhibit and Columbia SC 63, Columbia native Kathleen Bell thought she recognized her grandfather in a photo from the presentation. She confirmed her suspicion with Donaldson, and he was able to pull up even more photos of her grandfather that she’d never seen from his time as treasurer of the South Carolina Progressive Democratic Party.

Bell then told Donaldson about more photos she had from the civil rights movement, which she agreed to share with him.

“I’ve always believed that my job as a historian is to help people tell their story. You do that through publications and teaching, but also through public programming,” Donaldson said.

The gallery will be on display at the South Carolina State Library through March 29, and the full photo collection can be seen online at any time. 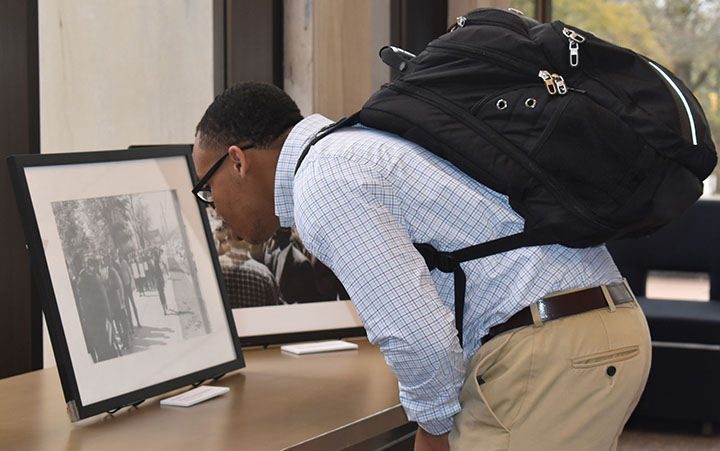 A USC student studies a photo of students from Allen and Benedict colleges marching in Columbia during the 1960s as part of the civil rights movement on display in the Freedom Now gallery at the South Carolina State Library. 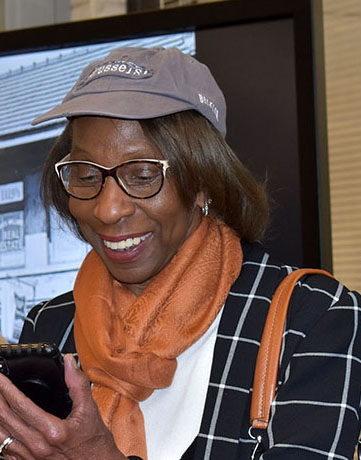 Kathleen Bell recognized her grandfather in photos in the Freedom Now gallery at the South Carolina State Library. USC professor Bobby Donaldson pulled out his phone and showed her additional photos of her family. 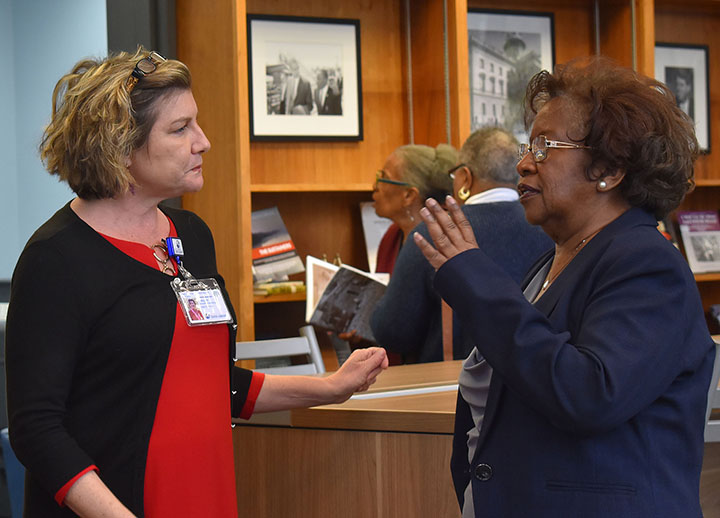 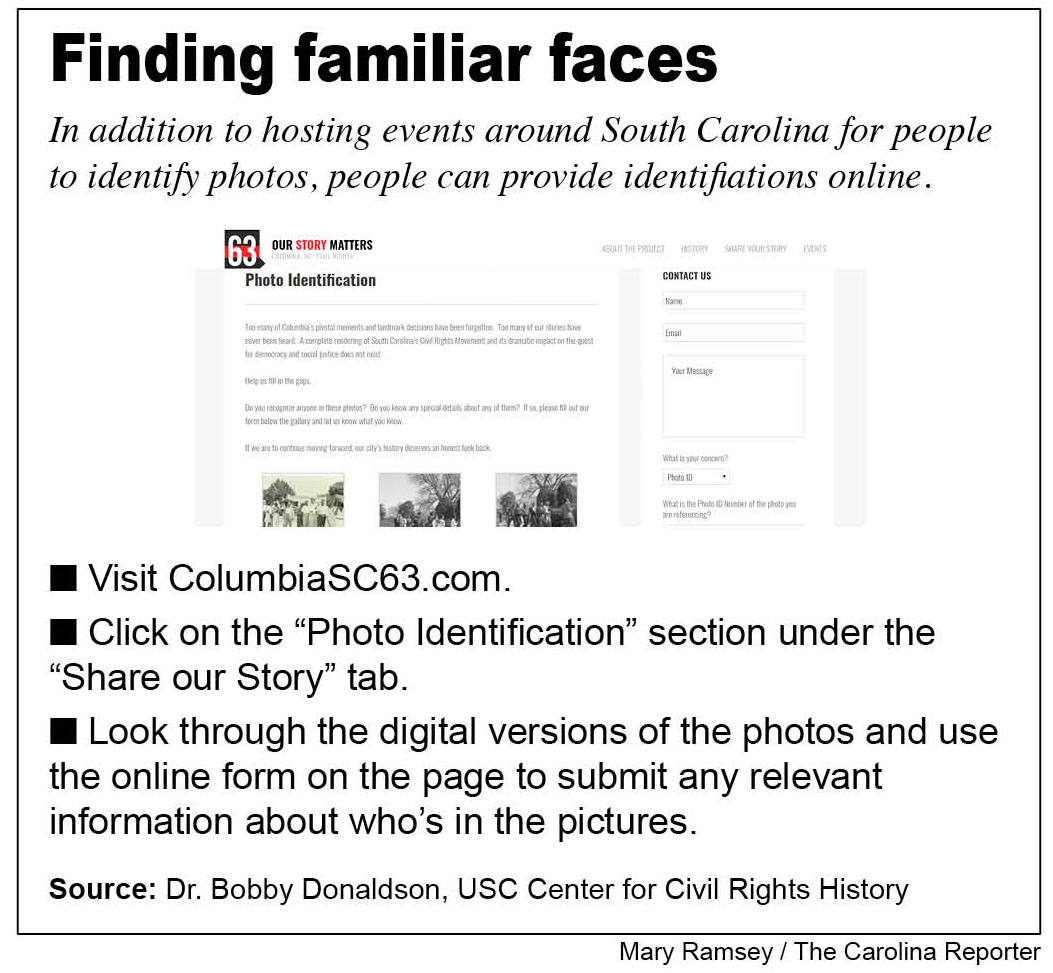 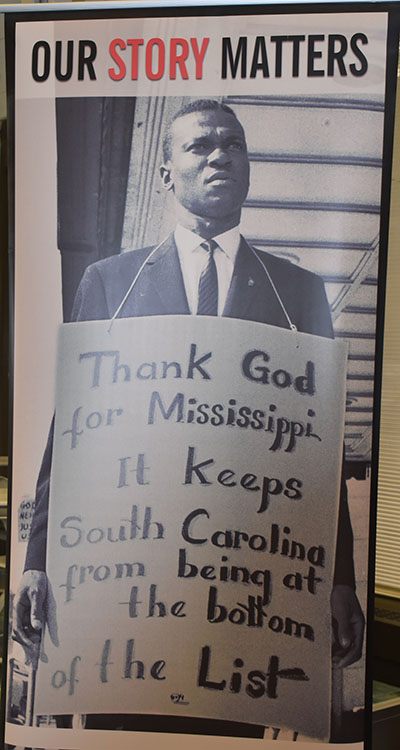 South Carolina civil rights activist Lennie Glover, whose image was displayed as part of the Freedom Now gallery, was stabbed while participating in a sit-in protest at a lunch counter in South Carolina. 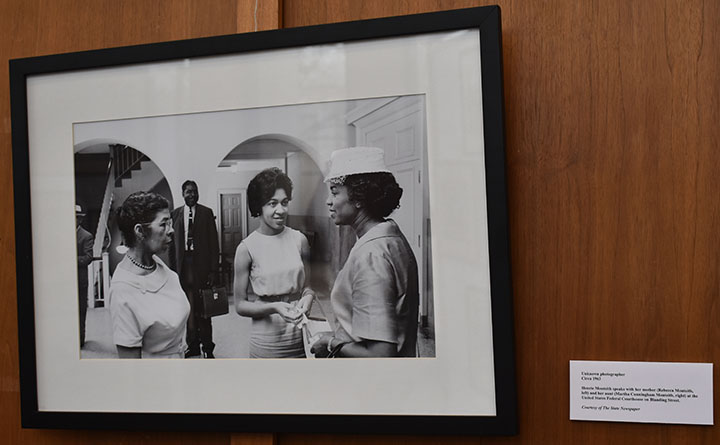 Donaldson’s galleries are meant to help identify people in photos as well as the photographers from the civil rights era in South Carolina. The photographer of this portrait of Henrie Monteith, the woman who integrated the University of South Carolina, is unknown. 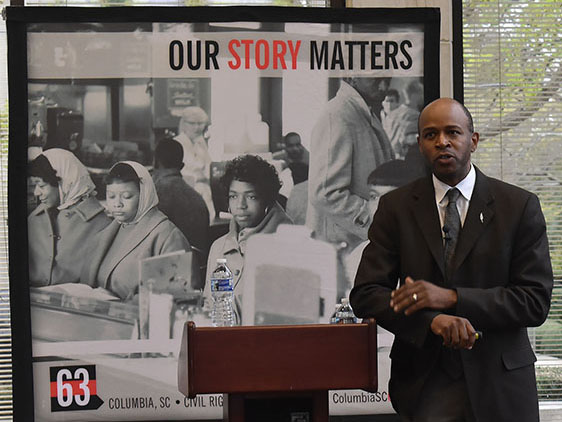 University of South Carolina historian Bobby Donaldson presents his Freedom Now gallery, a collection of photos from around the state during the civil rights movement. He hopes circulating the photos will help identify people in the old pictures.