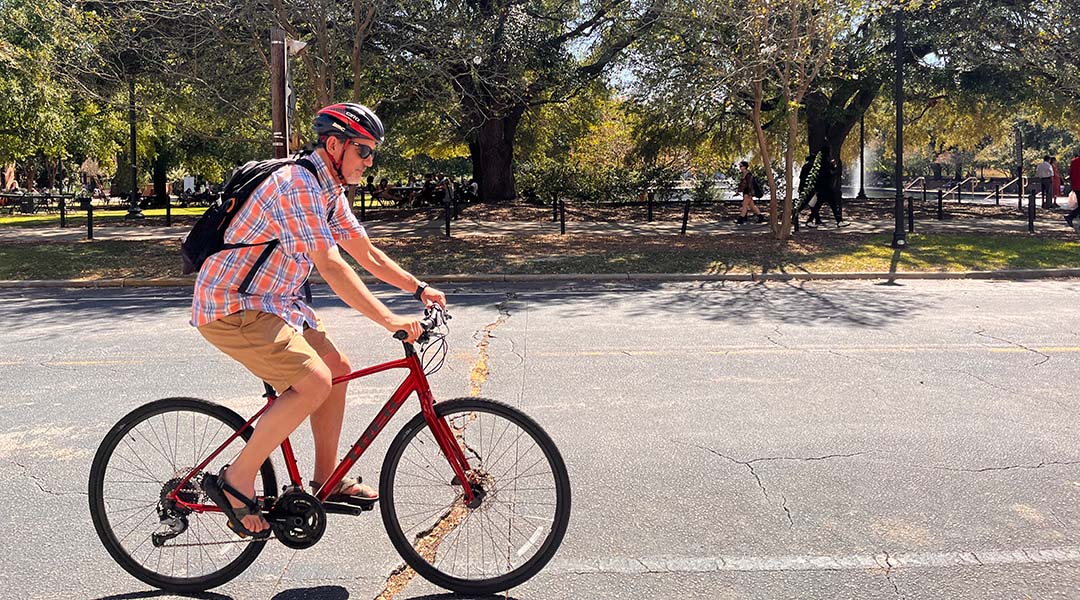 Plans to make Columbia more walkable and bikeable are underway as city officials and community organizers work to improve its ranking as the 16th deadliest city in the nation for pedestrians.

The city’s planning and development department wrapped up a volunteer-based pedestrian and cyclist counting effort on Sept. 24 to learn more about what people think needs to change. The move is part of a national effort to include the often-left-out walkers and bikers in crucial traffic surveys.

The data, which is not yet available, will help the city understand where it needs to add bike lanes, crosswalks or widen sidewalks, according to Logan McVey, an assistant to Columbia Mayor Daniel Rickenmann.

“Big picture-wise, we want to make Columbia a more connected city, and more walkable, and a city that is not as heavily based on cars,” McVey said.

Even though citizens do walk around Columbia or bike to work, biking around the city isn’t widely considered to be safe or easy.

“It’s deadly,” when college students are in town and driving around, according to Scott Nuelken, a cyclist and the executive director of a nonprofit bike shop on Elmwood Avenue.

Specific intersections are worse than others. Forty-three crashes, for example, happened in Columbia’s Five Points from 2013 to 2018, according to SCDOT.

Jerry Mitchell, a geography professor at the University of South Carolina and an avid cyclist, bikes to work every day. Because he also often bikes long distances, he feels knowledgeable enough to safely navigate through traffic.

“There is obviously a (safety) concern, though, because there are random bike lanes throughout the city,” Mitchell said. “There’ll suddenly be a bike lane, and then suddenly it just disappears.”

SCDOT owns more than 70% of Columbia’s roads, McVey said. This helps explain the discrepancies across roads in the city and why there are so few bike lanes you can count them on one hand.

Rickenmann is meeting with SCDOT officials on Sept. 27 to talk about how the two can work together.

“The goal is to get them to allow us to do the stuff that they’re not,” McVey said.

While people of all income levels can opt to hop on a bike instead of get in a car, the city’s low-income and homeless populations are in even more desperate need of easy access to alternative transportation.

“It’s critical for a lot of these folks,” Nuelken said. “They’re sometimes 3-plus miles away from a bus line. This is their only way to get around.”

But though it’s important to support those who currently need and use alternative methods of transportation, officials say it’s even more important to look to the future.

“It’s imagining what would people do if things were safer across the board,” said Ian Day, a volunteer organizer for Mobile Midlands, a community-run organization that advocates for bike access. “On a regular basis, people and kids don’t feel safe biking to school, (but) they could. … What would they do if there were ample, safe, alternative transit options?”

Connecting the city is an important key to making more people want to walk and bike across the city. Plans to connect Columbia’s several greenways are already underway, McVey said.

“The end goal is to have a city where you can start at the zoo on a Saturday, take an e-bike downtown and stop by Finlay Park, and then swing by Soda City (Saturday market) on your way to Five Points to get lunch,” McVey said. 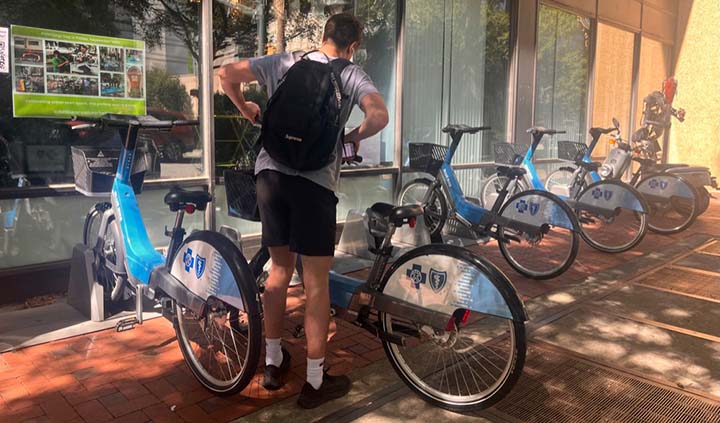 A man gets on a Blue Bike on Columbia’s Main Street on Sept. 26. Blue Bikes are Columbia’s 24/7 public bike sharing system. 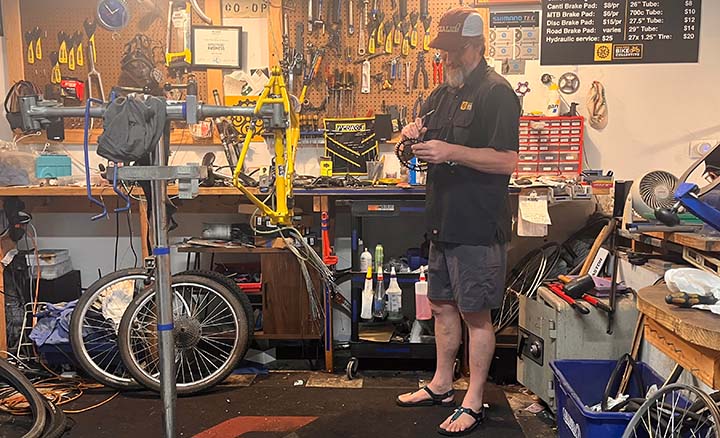 Scott Nuelken, the executive director of Cola Town Bike Collective, a nonprofit bike store on Elmwood Avenue, works in his shop. The organization provides bikes to low-income and homeless people who are in need pf transportation. 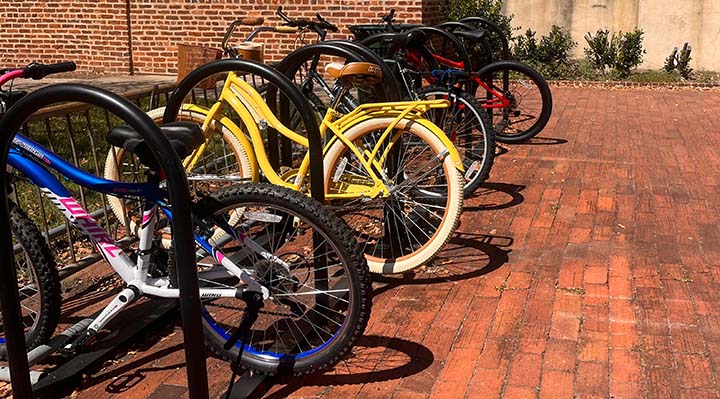 Bikes are locked up outside of USC’s Preston dorm on Greene Street on Sept. 26. Many students, faculty and staff choose to bike around campus.