USC has a record-breaking freshmen class. Can housing keep up? 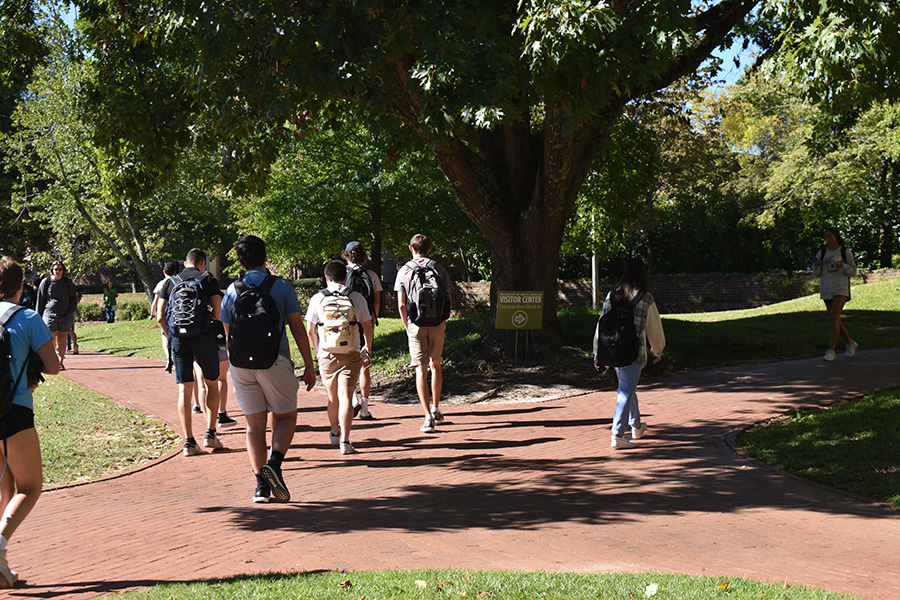 Students in this freshmen class can be found at all times on-campus. Photos by Jayden Simmons.

The University of South Carolina enrolled its largest freshmen class in school history this year, with more than 6,500 students.

With a class this size, some of the on-campus housing options for freshmen look vastly different than years prior.

First-year journalism student Hardy Smothers lives in East Quad – an apartment style dorm on campus – and he shares a bedroom with another student. They sleep on bunk beds, something that’s new for two dorms on campus this year, affecting about 1,000 students.

“Honestly, it’s kind of small, but we just got to make it work,” Smothers said.

Jeff Stensland, the assistant vice president of institutional relations and public affairs for USC, said the reason the school’s housing division doubled up some of the apartment-style rooms this year was because of the incoming class’s size and the fact that Campus Village – which is under construction – isn’t yet completed. He said it shouldn’t be an issue next year once the new dorms are open.

The four new dorms on Whaley Street are expected to provide nearly 2,000 beds, but not all of that will serve as freshmen housing. With hundreds of students renting houses off campus, and off-campus apartments at capacity, Stensland said Campus Village can also serve as housing for returning upperclassmen.

“The current plan is to keep admissions relatively flat,” Stensland said. “We know we want to allow more sophomores and potentially juniors the opportunity to remain on campus and live in campus housing.”

With a new president, a full return to campus and a “Welcome Home” tagline for the new students, Stensland says the university has done a lot to welcome the new students “home.”

“We’ve done a lot of things, from renovations to the Russell House (student union), to some changes in housing – offering students additional options to make sure they feel welcome here at Carolina,” Stensland said.

“The elevators are a mess right now,” Stone said. “I’ll go somewhere expecting it to be empty, and it’ll be filled. I’ll go do my laundry Friday nights at 2 in the morning thinking no one will be there, and there will be plenty of people there. Those are some of the moments where I’m like, ‘Wow, I’m not the only person here.’”

Regardless, the record enrollment has created buzz among the university’s staff.

“We were very excited about the freshmen class, it’s a historic class,” Stensland said. “It’s the largest but, in addition to that, it’s also one of the most diverse classes we’ve ever had.”

Stensland said the university is trying to work with students to discuss how they can improve their on-campus experience. Earlier this month, President Michael Amiridis hosted a student summit called Imagine Carolina to serve as an open forum for undergraduate students.

“Current administrators are looking at the feedback (from Imagine Carolina),” Stensland said. “Stay tuned for some announcements later this year on some additional enhancements that we’re going to make to make the student experience even better.” 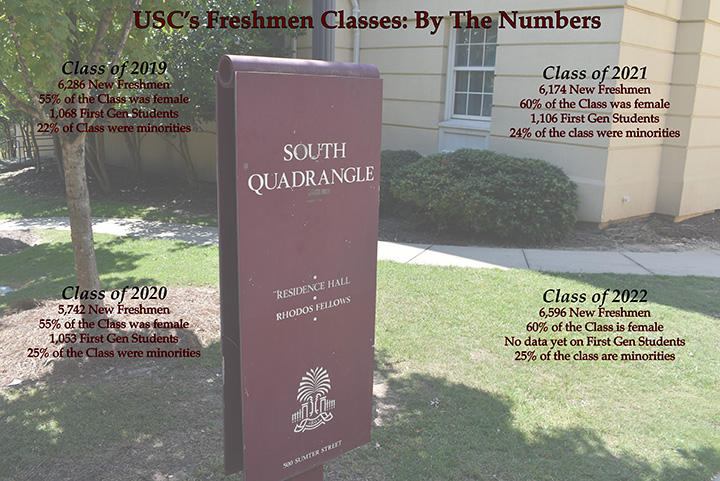 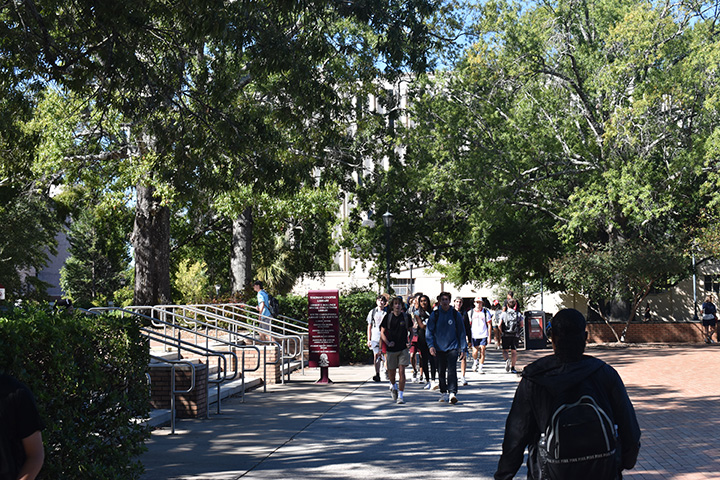 Students walk by the Thomas Cooper Library, a popular study spot among Freshmen. 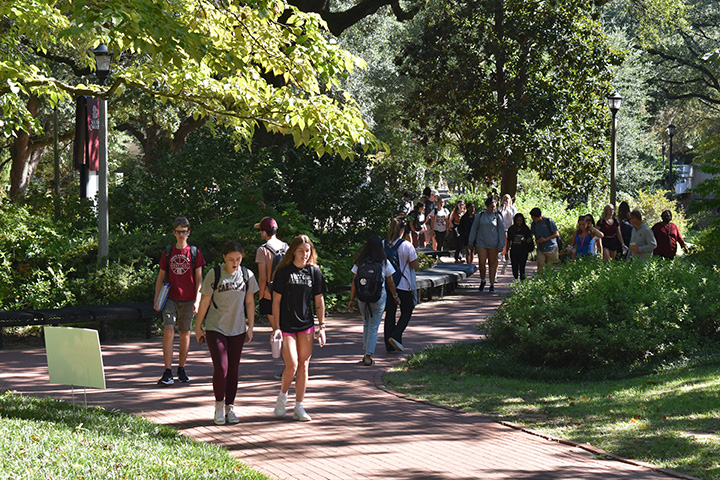 Students walking from the Historic Horseshoe. 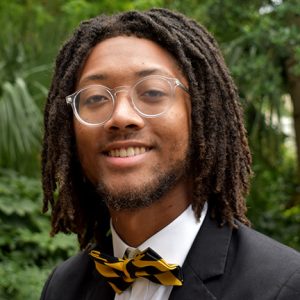