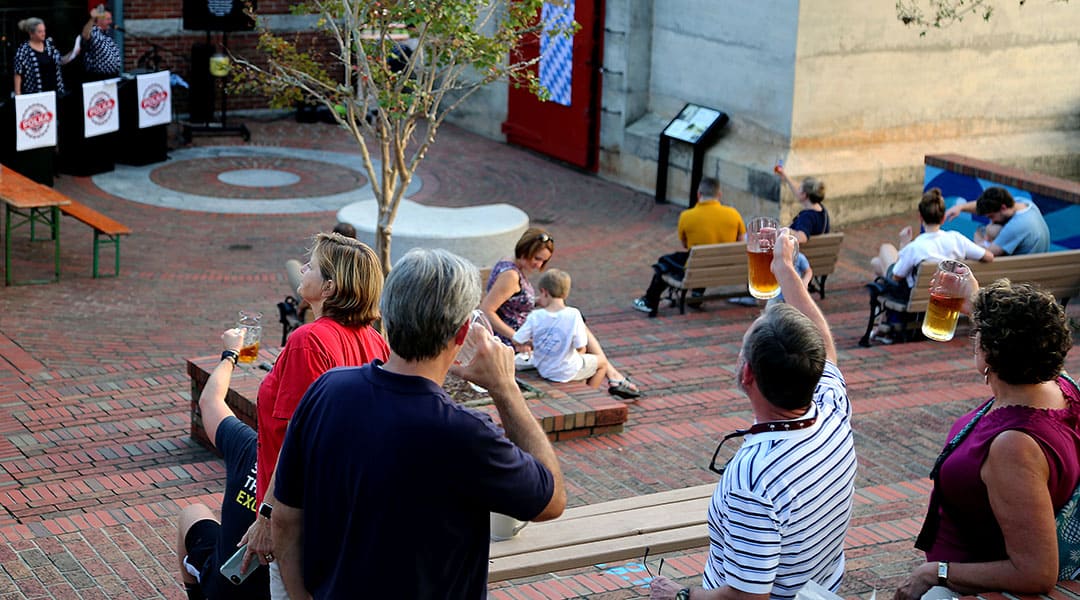 If you walk through Riverfront Park on a Tuesday evening, you may hear the faint sound of polka music and smell bratwurst cooking in the distance.

And no, you’re not just imagining it. On the banks of the Congaree River lies a cultural experience unlike any other in Columbia – but it’s only there for a few hours every week.

Guests are encouraged to B.Y.O.M. (bring your own mug), but those that don’t have one can “rent” one for the night. A deposit of $5 gets an authentic glass or mug and customers can choose to keep it, or return it and get their deposit back at the end of the night.

Guests can then buy “Biertokens” and exchange them for beer at the pouring station. Each token costs $2.50 and is worth 0.25 liters of beer.

Scott Burgess, the founder of Bierkeller Columbia, ignited his passion for German beer when he was a student at the University of South Carolina and participated in an exchange program in Bamberg, Germany.  While in Germany, he studied comparative literature, but found that his interest lay more with the hundreds of breweries that were in a one-hour driving radius from his location.

Burgess turned this passion into a career when he started Bierkeller. He says that his brewery is unlike others in Columbia because of his “obsession and sorta O.C.D. devotion to it.”

He brews only on German beer, and has gone as far as shipping over authentic glassware and tables from German beer gardens. The experience also showcases live music and German food from a local food truck, The Wurst Wagon.

Customers keep coming back for a variety of reasons. Phil Harte, a local homebrewer, comes for the beer.

“Their German style beers are really good. It’s classic, German beers that are very drinkable so I enjoy them,” said Harte, whose favorite beer is the Kellerbier.

German beers are recognized for being clean, lower in alcohol and easy to drink. As Burgess says, “They’re easy to settle in with and Columbia’s an easy kind of town.”

Bierkeller Columbia is also unique in the sense that it does not have its own brewery location in Columbia. Instead, they brew at Swamp Cabbage Brewing Co. and have seasonal pop-up beer gardens.

Beer garden regular Robert Sox comes back for the atmosphere.

“It kinda gets you off of the city blocks and away from downtown – you’re kinda almost out in nature,” Sox said.

Sox is not the only customer who routinely goes to the beer garden. Melinda Waldrop and Rob Yerger go on a five-mile run almost every Tuesday night after work to “earn” their beer. They even bring their own steins.

Waldrop and Yerger are looking ahead to a few weeks from now when temperatures cool down in Columbia and being outside gets a little more comfortable. In the mean time, Yerger says that they are enjoying Burgess’ high-quality beer and good prices.

Burgess’ goal with Bierkeller Columbia is to showcase what they are and “inject this little funky kind of German brewing culture into here.” 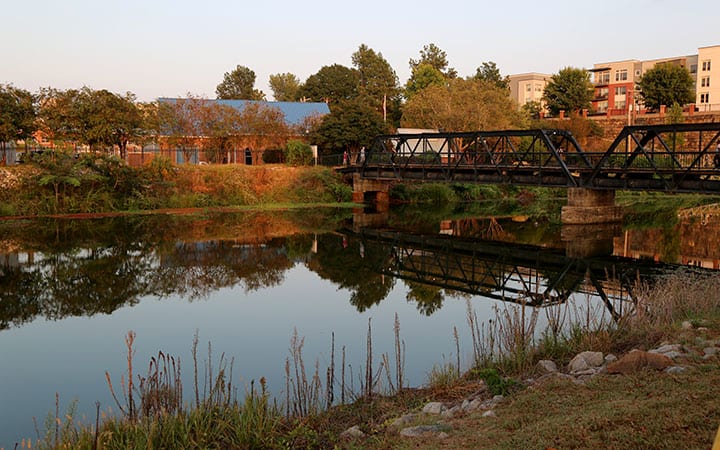 When you cross the Congaree River bridge in Riverfront Park, you enter an authentic German cultural experience. 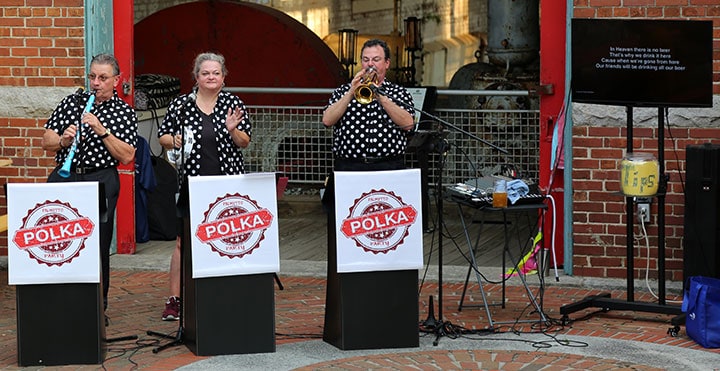 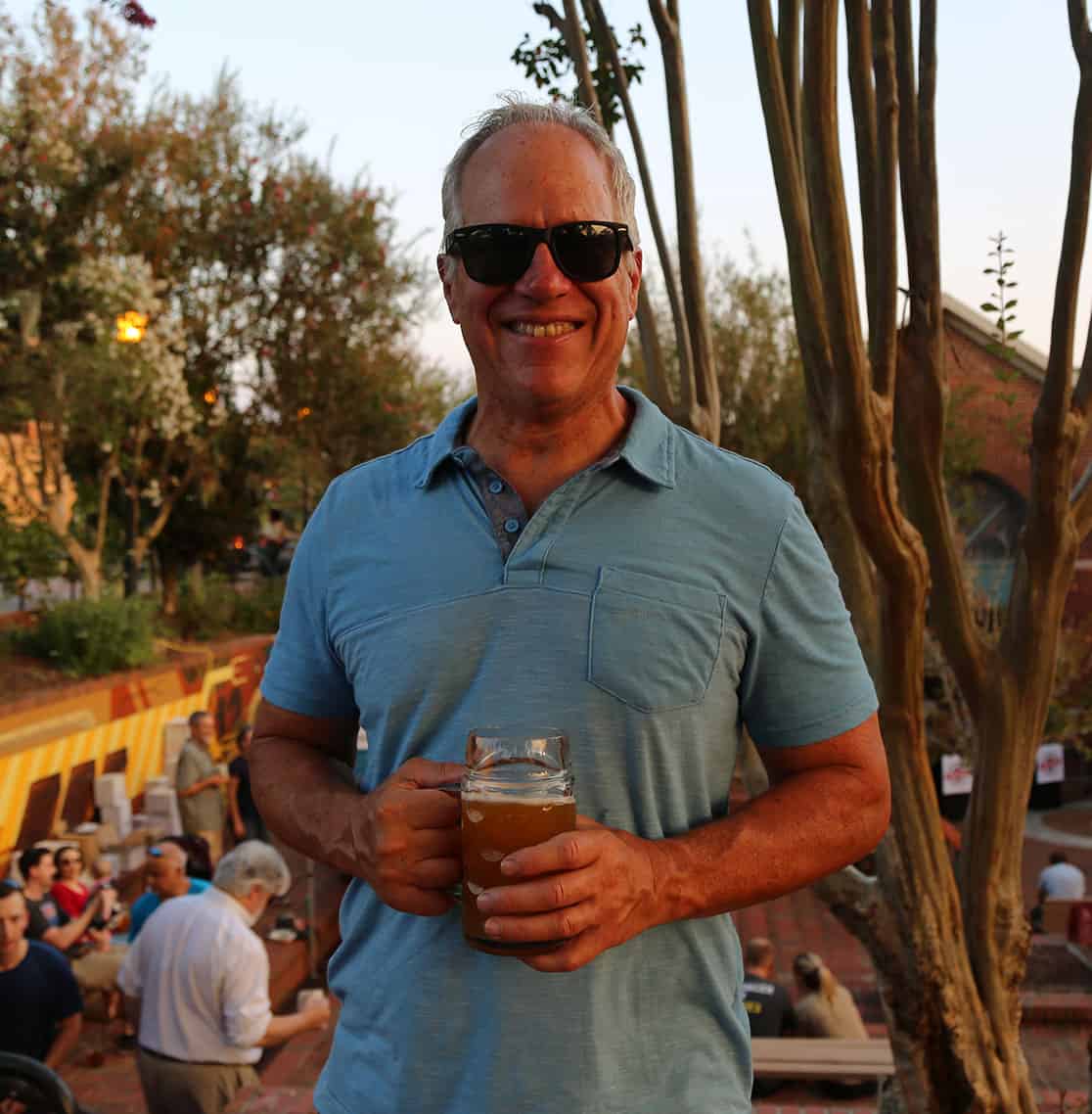 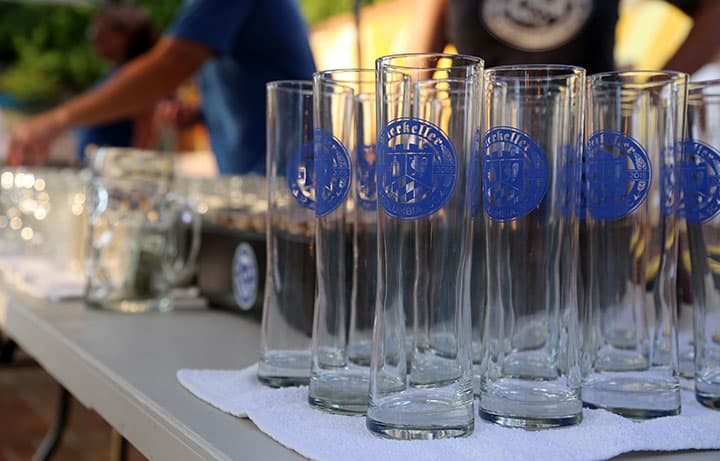 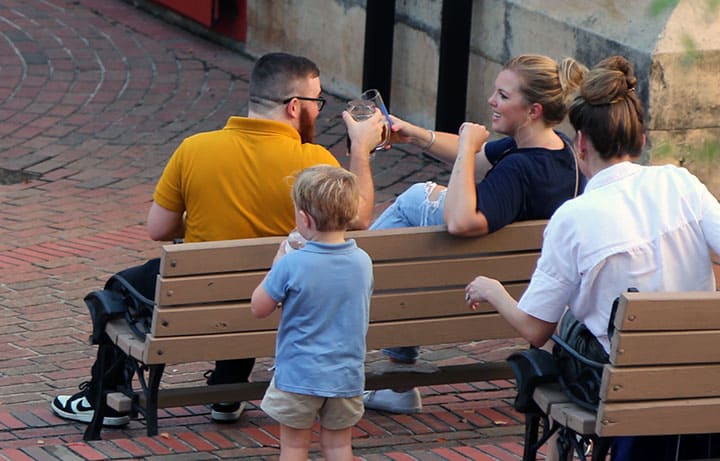 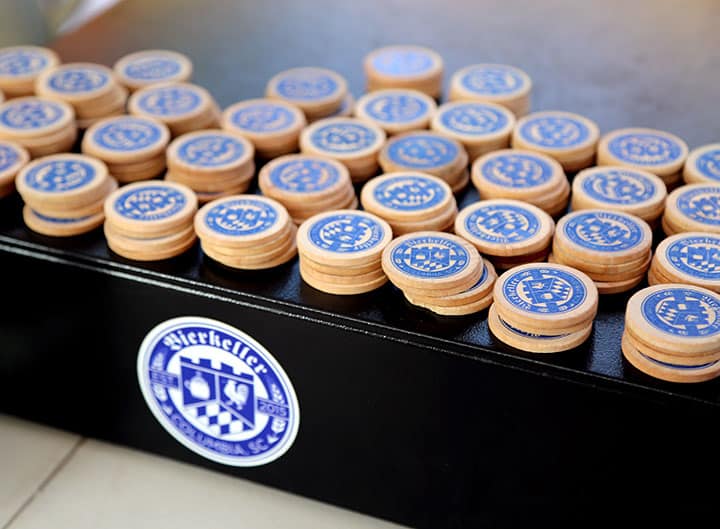 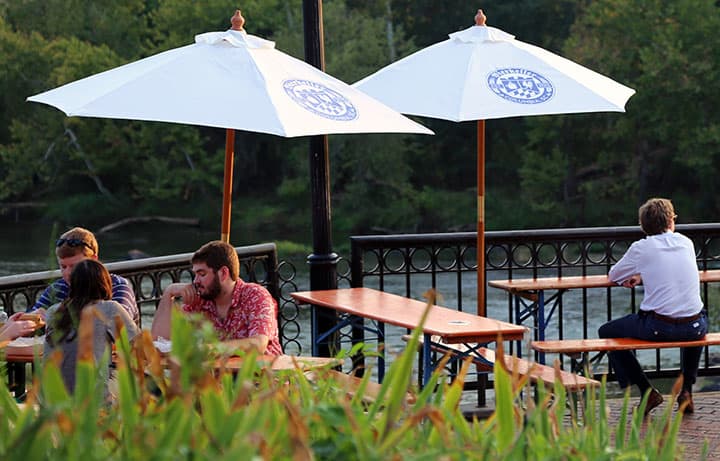 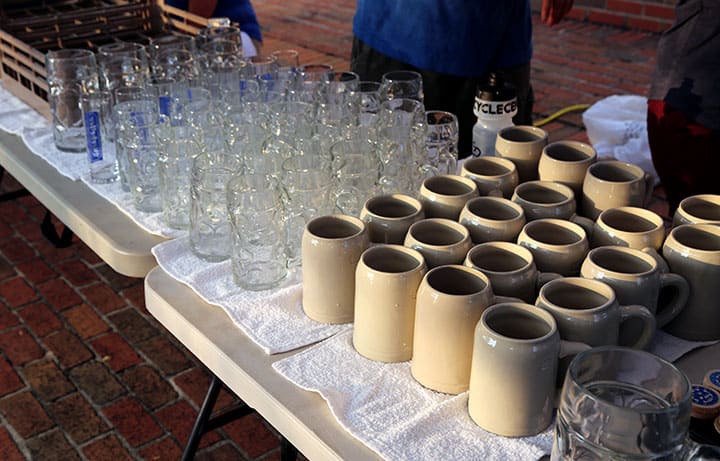 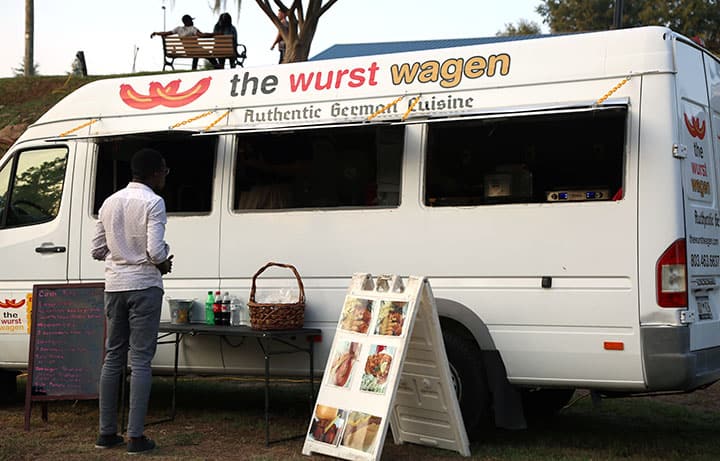