A window into Van Gogh’s world 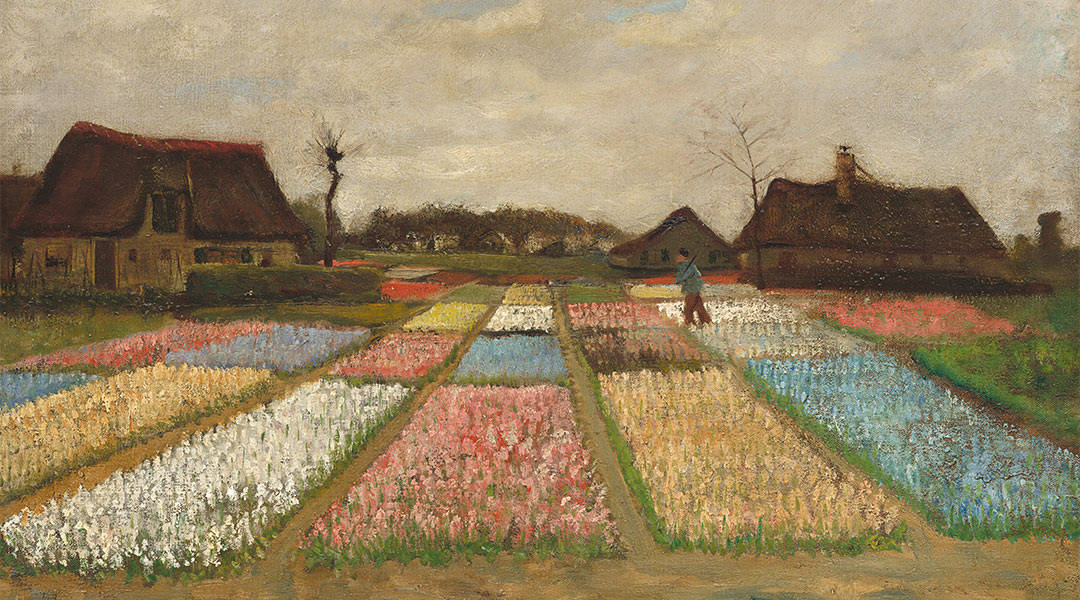 Painted in 1883, this oil on canvas piece comes to the Columbia Museum of Art from the National Gallery of Art in Washington, DC. Also known as “Bulb Fields,” this was Van Gogh’s first garden painting.

The artwork of Vincent Van Gogh can be found in art museums and private collections all over the world, scattered as far and wide as the glowing stars in “The Starry Night.”

Curators at the Columbia Museum of Art have managed to lasso some of these stars, bringing 12 of Van Gogh’s most iconic paintings to South Carolina for the first time. The “Van Gogh and His Inspirations” exhibition opens Oct. 4 and includes 50 other artwork by artists who influenced Van Gogh.

“The world just doesn’t get tired of Vincent,” Chief Curator Will South said. Van Gogh is one of the most recognized artists in the world, known for his paintings of fields and sunflowers, but also for his private artistic torment.

While his artwork has become part of popular culture and can be found stamped on anything from notebooks and socks to umbrellas and phone cases, his personal life has inspired award winning films like “At Eternity’s Gate” and “Loving Vincent.”

The exhibition draws on the critically acclaimed biography “Van Gogh: The Life” by authors Gregory White Smith and Steven Naifeh. The pair won a Pulitzer Prize for their earlier biography on Jackson Pollock in 1991.

The pair researched Van Gogh’s life by studying hundreds of previously unpublished and overlooked documents, and along the way identified a number of lesser-known artists that Van Gogh reacted to, learned from, or admired.

As Smith and Naifeh continued their research, they began to build a private collection of more than 30 artworks, not by Van Gogh, but by the artists Van Gogh knew.

Smith died of brain cancer in 2014. But later that year, Naifeh agreed to loan their collection to the Columbia Museum of Art as the foundation for a Van Gogh exhibition.

“If Steve Naifeh would lend me his collection,” said South, “I could weave into it a number of Van Goghs, and it would be a meaningful show because the collection would be built by the two men, the two authors, who wrote the definitive biography.”

Naifeh embraced the idea, and South was faced with the daunting task of acquiring some of the most sought after pieces of art in the world.

“At any given minute around the globe, there are seven to a dozen or more Van Gogh shows being plotted, because everybody wants to see them all the time,” said South. “I was just determined to get three.”

After five years of additional research and collaboration with museums and private collectors across the United States, South managed to secure 12 original artworks by Van Gogh himself.

“I was rationalizing the number 12 everywhere I could, because I was so happy to have gotten it,” said South.

In total, “Van Gogh and His Inspirations” consists of roughly 60 paintings, drawings, and etchings, handpicked to illustrate Van Gogh and the artists that shaped his vision.

However, with a decades long interest in cognitive neurosciences, South has a unique and unconventional way of thinking about the exhibit and Van Gogh himself.

“Artists like Van Gogh don’t appear out of a vacuum,” South said. “They’re just like us. They have certain experiences that only they have. If you really want to understand Van Gogh, look at the experiences that made up his life.”

South said the best way to understand Van Gogh is not by viewing him as an artistic genius, but by examining his life experiences, including the artists he knew, the places he went, and the sicknesses he suffered.

“Van Gogh went beyond mimicking nature, and instead used nature as a vehicle for his own emotional life, which was on fire. He lets his emotion fly at the canvas and becomes the first expressionist painter. Once he did that, there was no going back for the world.”

South said he hopes the exhibit invites a dialogue from the people who visit about Van Gogh’s legacy and what it means to be conscious in the world.

“Here is a story of epic dimension. He struggled from the beginning to be loved, to be accepted. He wanted these things, but at every turn, he is thwarted. He never gets these things, and he ultimately kills himself,” South said.

“But it’s more than just the tragic artist. It’s the story of somebody who would not give up, did not give up, and is ultimately vindicated. Not just by a small number of people, but by the world.” 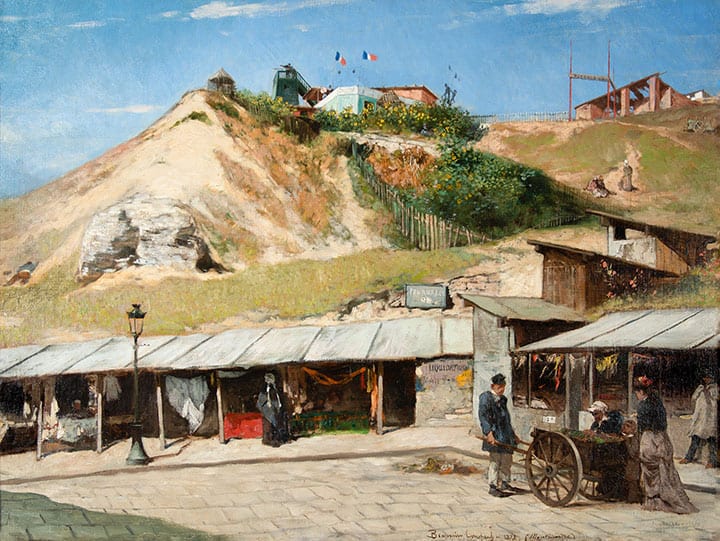 Painted in 1878 by Jean-Joseph Benjamin-Constant, this oil on canvas piece comes to the Columbia Museum of Art from the Naifeh/Smith Collection. This piece depicts the hill of Montmartre in Paris, France as it appeared in 1878. Benjamin-Constant is one of the many artists known to have influenced Van Gogh’s artistic vision. 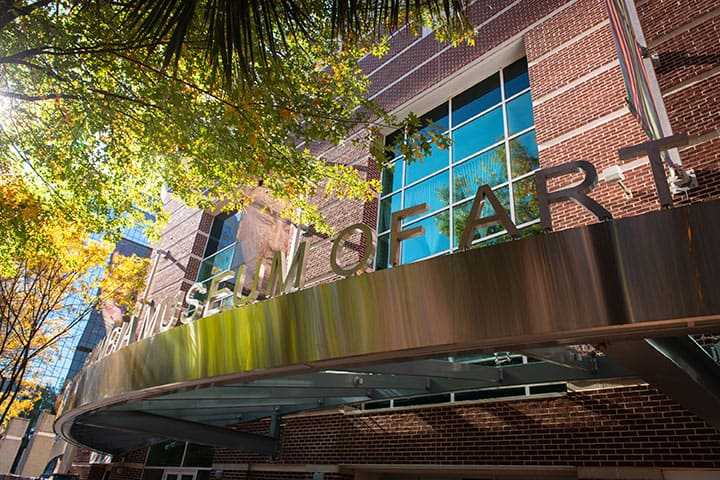 The Main Street entrance to the Columbia Museum of Art, where visitors can attend the “Van Gogh and His Inspirations” exhibit starting Oct. 4. The exhibit will house more than 60 total artworks, including 12 original Van Gogh pieces, until Jan. 12, 2020. Credit: Drew Baron 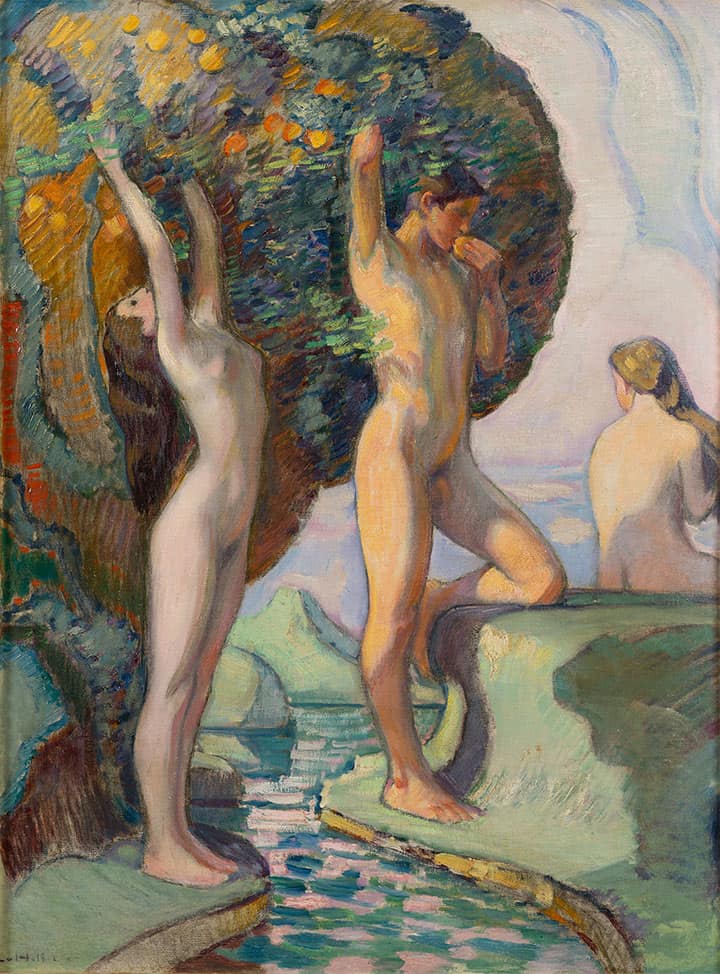 Painted in 1905 by German artist Ludwig von Hofmann, this oil on canvas piece comes to the Columbia Museum of Art from the Naifeh/Smith Collection. Hofmann expanded on Van Gogh’s techniques and became well known as a graphic artist and designer in the early 1900s. 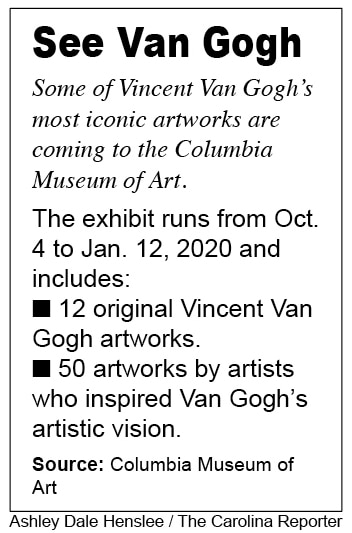