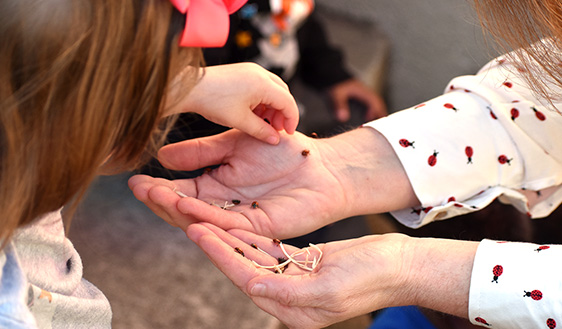 It’s a 25-year tradition that has since branched to surrounding schools and shows young students the importance of the earth and giving back to it.

“We do it every Earth Day, April 22, so it’s great to teach the children the importance of releasing the ladybugs into the environment and how to help the environment,” Tara Clerc, Chesterbrook Academy’s principal, said.

Ladybugs serve as a natural pesticide by feeding on insects that could otherwise harm the health of gardens, trees and shrubs. Leading up to the release, students learned about the insects in their classes.

“We were talking about how ladybugs are good for our environment because they eat the bad insects that eat our crops and without crops we wouldn’t have vegetables,” said Karen Munroe, a preschool teacher at Chesterbrook. “Lo and behold we let go of these ladybugs.”

Munroe donned a red shirt and black pants for the release and students were encouraged to dress like the insects in celebration. Classes decorated crowns that were equipped with red circles and one student wore a pair of red and black wings.

Along with learning about ladybugs, the classes were taught about the environment and the importance of Earth Day. Munroe and her students spent the previous week discussing why recycling and reusing items is crucial.

“You got to start them young. A lot of them will go home and what we teach them here, if they’re not doing it we’ll say, ‘are you doing this at home?’ ‘Oh, we don’t do that.’ Well then they might start,” Munroe said.

The tradition was well received by the hundreds of preschoolers in attendance.

Four-year-old student Marshall Halydier said that the ladybug release is his favorite day of the school year.

“I love Earth Day!” he said. “You get to catch some ladybugs.”

The large quantity of bugs was bought through Amazon for about $40.

“I love them, they’re so cute and they tickle,”  Marshall Halydier said. 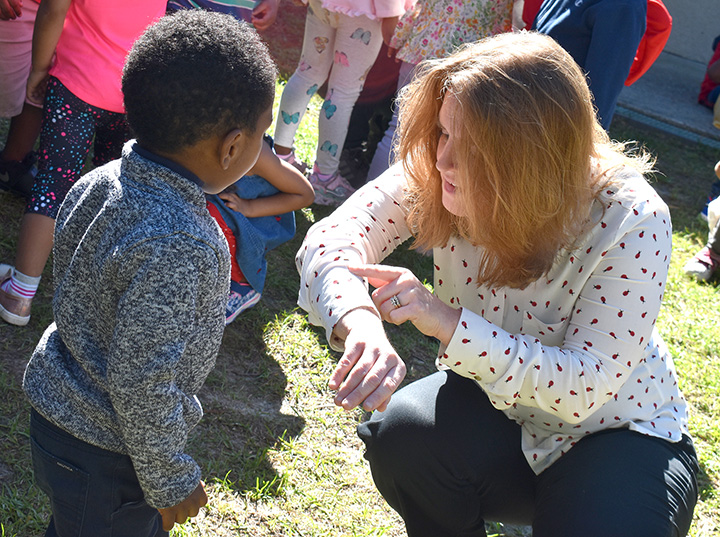 Dressed in her ladybug attire, principal Tara Clerc shows a young student which lady bugs are real and which are printed on her blouse. For the last 25 years Chesterbrook Academy Preschool has released ladybugs on Earth Day for their benefits to the environment.

Marshall Halydier, 4, experienced his first interaction with ladybugs and described it as “the best day of my life!” 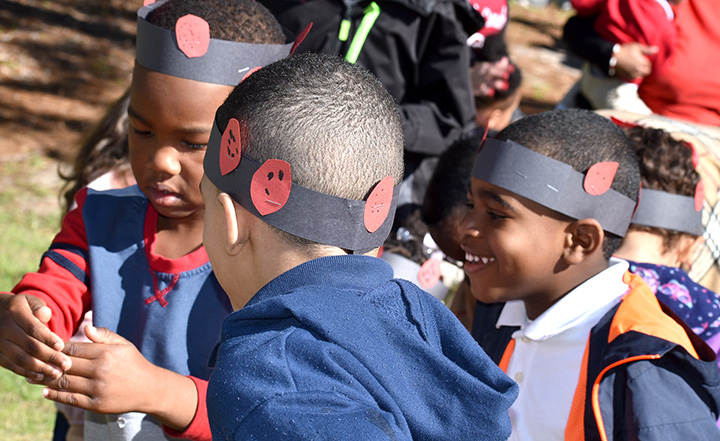 Chesterbrook Academy students hold some of the ladybugs while wearing their decorative ladybug crowns they made in class the morning of the release. 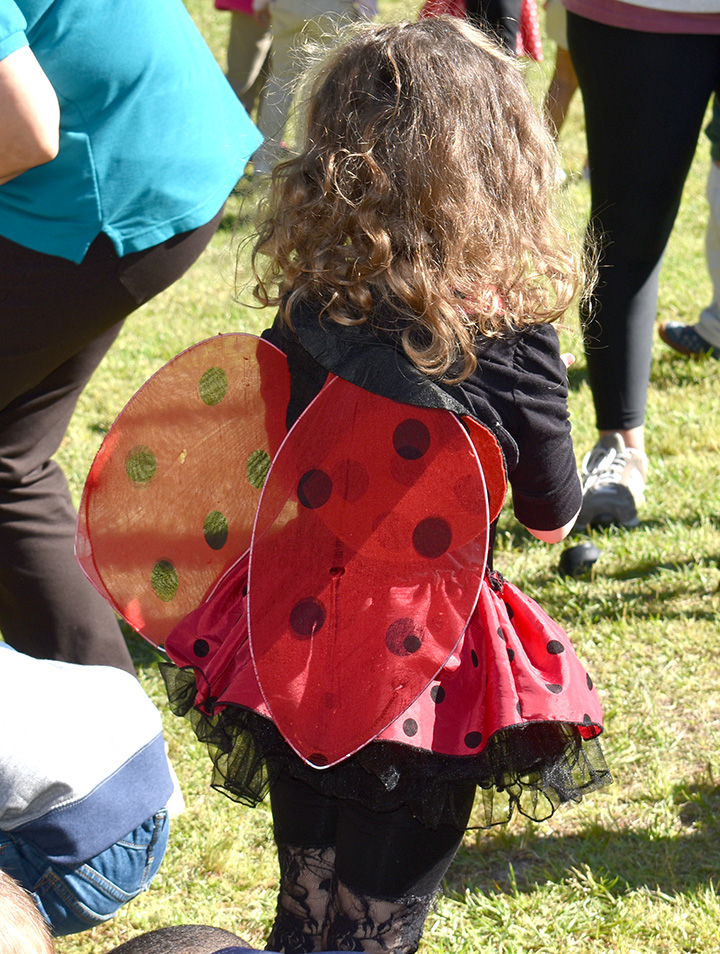 Students were encouraged to wear black and red in celebration of the ladybug release. One student came dressed in ladybug wings.