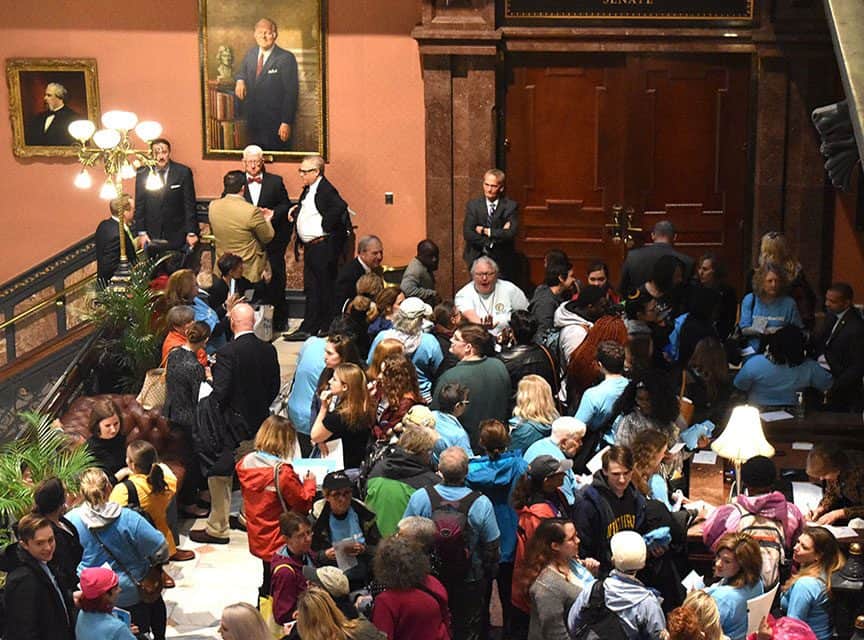 Pro-choice advocates this week called on state legislators to defeat legislation they say would grant the state control of their bodies.

The rally came at a time when the legislature is debating legislation that would outlaw abortion after a heartbeat is detected. A heartbeat is typically detectable around the sixth week of a pregnancy. The fetal heartbeat bill has passed the South Carolina House and is to be considered by the Senate. However, legislators are expected to filibuster the bill.

“Now you’re going to tell me what it is I can do with my own body? I mean, that ain’t even logical,” said Francine Hopkins, a life-long advocate for equal rights who came to the state capitol to oppose the legislation. Gov. Henry McMaster has said he will sign the legislation if it comes to his desk.

Hopkins said she attended the Wednesday rally to stay up to date. She traveled from a rural area in Lexington County to bring these issues back home to her community, joining about 50 others at the rally.

Hopkins said through “limping and all, sciatic nerve and all, arthritis and all” she’ll continue to advocate for reproductive rights.

“For the people who are sponsoring the bill who are anti-choice, I would say, think of your constituents. Think of their bodies, think of what you’re doing and think of the financial bind that you’re putting these people in,” Madison Baker said.

Baker, an intern at Planned Parenthood, said she was mainly there to support her friends who have had abortions in South Carolina or have had to drive to neighboring states for the procedure due to South Carolina’s term restrictions.

Baker wants legislators to consider women who might not be able to support a child financially and how having to do so would impact them.

“I don’t really think they’re thinking about that,” Baker said.

In the midst of the rally, supporters of the anti-abortion legislation made their voices heard. The Rev. Tony Foster, senior pastor of Restoration Worship Center in Greenwood, held a press conference in the lobby of the State House with a handful of other pastors to support the heartbeat bill.

“I hope you can see this as a life issue; that there’s a precious baby in the womb that we need to save,” Foster said when asked what he would tell legislators.

The bill would ban abortion after a heartbeat is detected, which typically occurs around six weeks. Foster said he became motivated to advocate for pro-life issues a couple of years ago.

The pro-choice activists also occupied the legislature’s lobby and spoke with law makers as they left the Senate chambers.

“To me, it’s clearly unconstitutional. It violates Roe vs. Wade, it violates everything in the [U.S.] Supreme Court,” Sen. Dick Harpootlian, D-Richland, said. Roe v. Wade is the landmark 1973 Supreme Court decision that legalized abortion.

“You see all these white males here making the decision for us and it’s not up to them,” Maribel Santiago, volunteer for Planned Parenthood said. Santiago had a child when she was 17 and said at the time she was not sure if she was capable of raising that child. However, Santiago said she decided to have her child despite her worries.

Santiago brought her child to the rally with her and said she was there to support other women in similar situations so they can have options as she did.

Santiago said if she could speak with bill sponsors, she would ask them to have empathy for pregnant women who might be financially unstable.

“Ultimately, these laws are affecting us in so many ways that they will never experience in their lives,” Santiago said. 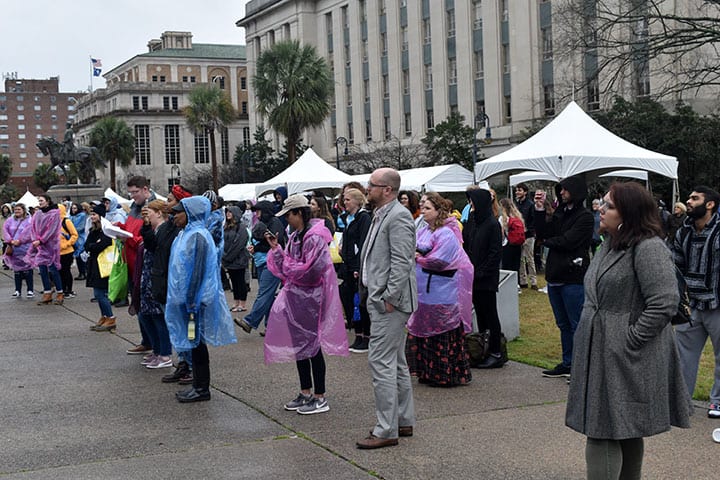 Pro-choice activists rallied outside of the State House in the rain Wednesday morning and heard from a handful of pro-choice speakers. The speaker spoke out against the heartbeat bill and legislation that would have a detrimental impact on transgender people. 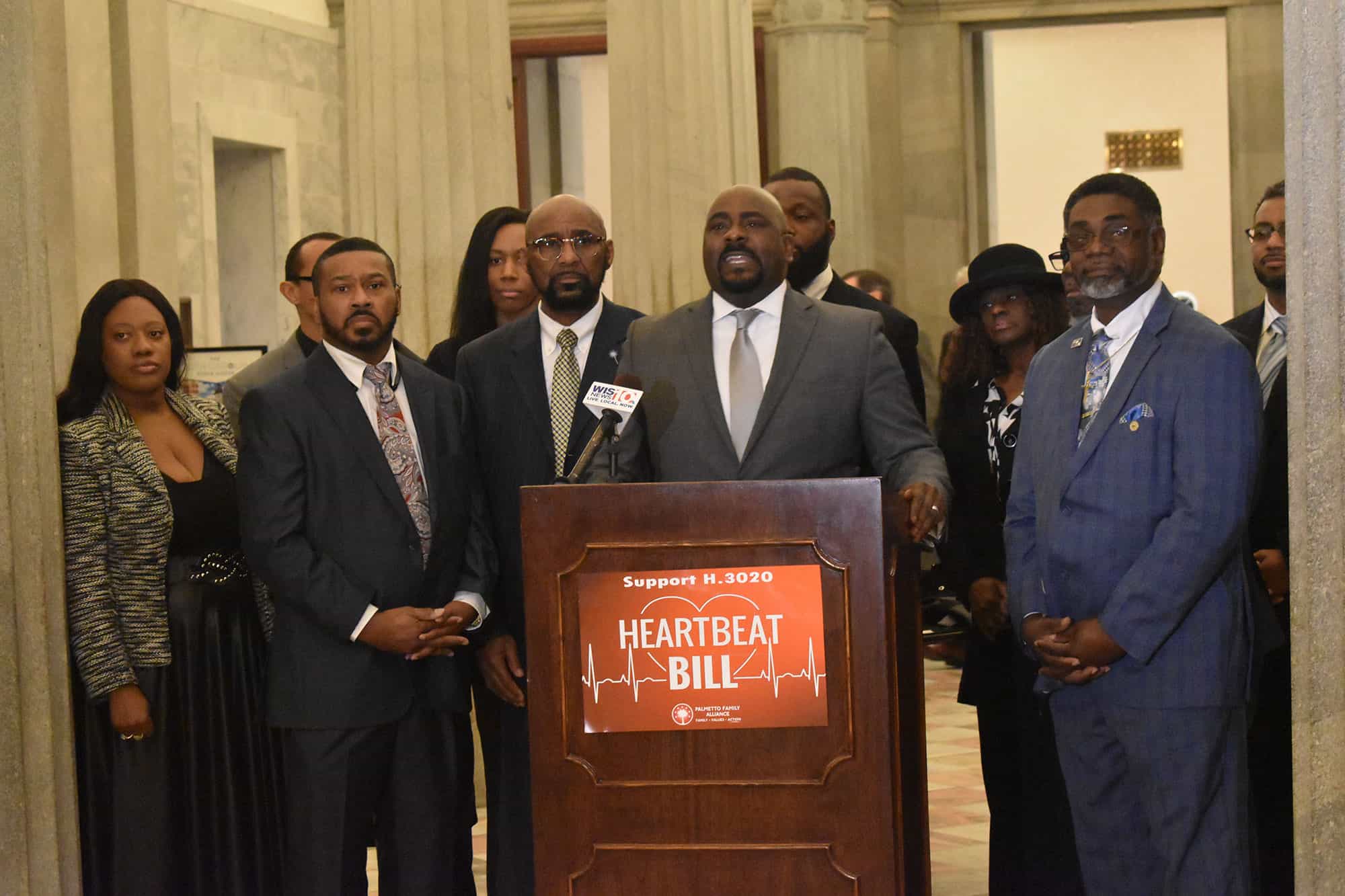 Rev. Tony Foster, senior pastor of Restoration Worship Center in Greenwood, and a handful of other pastors from across South Carolina advocated in favor of outlawing abortion. 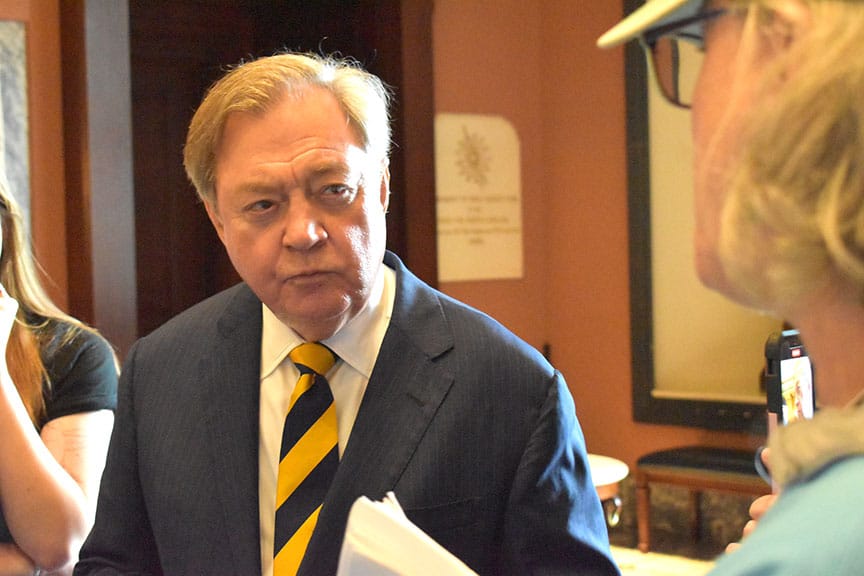 Richland County Sen. Dick Harpootlian spoke with pro-choice activists outside of the South Carolina Senate chambers, telling them he would support a fillabuster of the heartbeat bill. 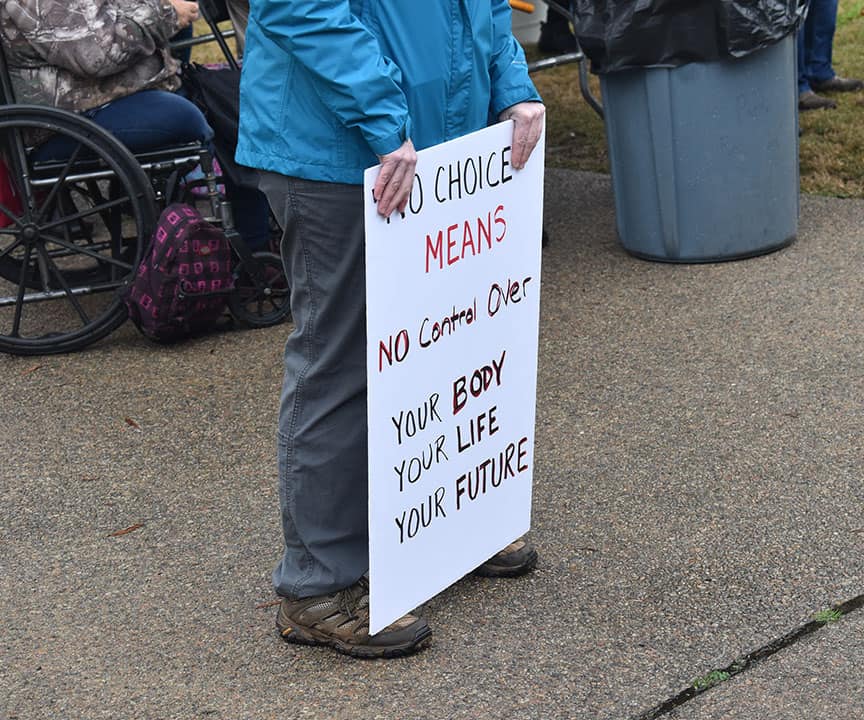 An activist held a sign “NO CHOICE MEANS NO CONTROL OVER YOUR BODY, YOUR LIFE, YOUR FUTURE.”