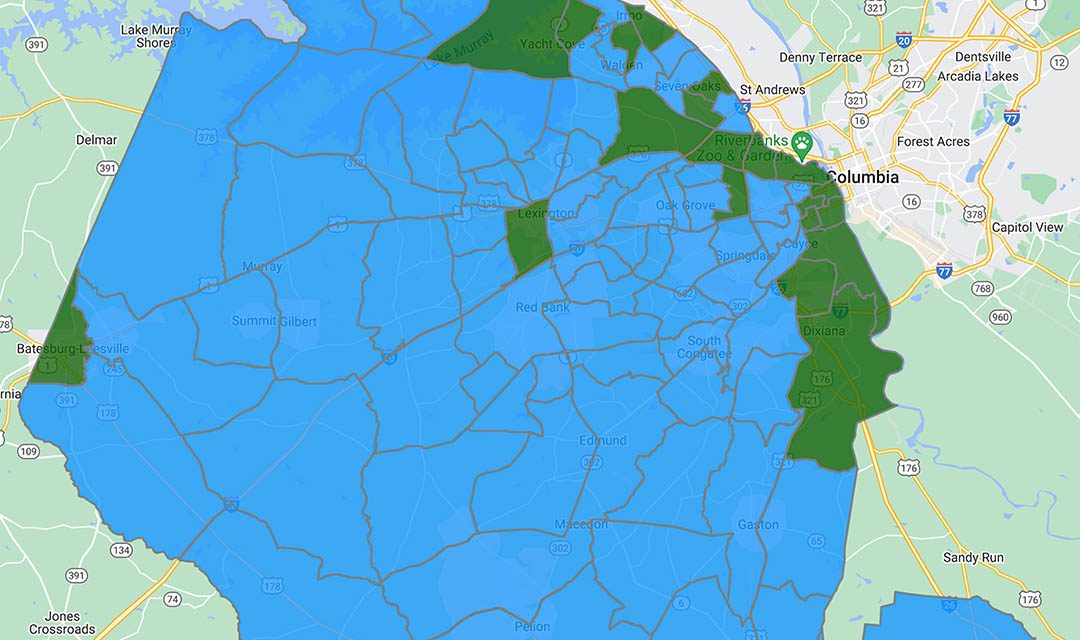 Voters in Lexington County on Tuesday rejected a 1% sales tax increase to repair and improve roads.

The Capital Project Sales Tax, or CPST, failed to pass, with 45.35% of residents voting for the increase and 54.65% voting against.

If passed, the penny-on-the-dollar tax would have raised an estimated $535 million dollars to be used exclusively to fix roads.

“We’re disappointed,” said Leigh Lowry, membership director for the Lexington Chamber and Visitors Center. “But, you know, the voters have spoken.”

She said County Council now has to figure out how it wants to move forward. But the chamber will continue to support initiatives that will benefit the community and businesses in Lexington County, she said.

Despite the setback, Lowry said “the needle has moved a bit.” The last time the tax was proposed, in 2014, it failed, with 69.61% voting against it.

“It certainly was closer than it was eight years ago,” Lowry said.

So who voted for it?

Most of the West Columbia and Cayce precincts near the Saluda and Congaree rivers cast a “yes” vote, along with the majority of voters in the towns of Lexington and Batesburg portion of Batesburg-Leesville.

The highest percentage in favor of the increase came from the West Columbia No.11 precinct, with 60.92% of voters approving it.

Voters in the more rural parts of the county mostly voted against the measure. In the Edmund 2 precinct, in the southern part of the county, only 33.52% of voters wanted the increase.

Jim Mockridge, 35, agreed with the proposed penny tax, calling it a good idea. He voted at the Edenwood precinct at Broadacres Baptist Church.

“I don’t like the idea of more taxes,” Mockridge said. “But I think definitely anything going directly to the roads I use every day — something that I can see a direct improvement on — (is) something I can support.”

Lucien LaPierre, 34, also voted at Edenwood’s polling location. He disagreed with the proposal, though.

“I think the focus should be more on cutting wasteful spending than necessarily adding (a) tax,” LaPierre said. “So (I’m) more interested in seeing people go back and see where we’re wasting money than putting more taxes on people.”

At the Cayce 2A precinct, at New Bridge Academy, Shakaera Dickson, 27, said she disagreed with the proposed penny tax.

“I don’t think this really should happen, because no matter how much you’re fixing, our tires are still getting messed up,” Dickson said. “You still have potholes opening up, metal plate system. … So if you’re not going to really fix them like how you are supposed to, I suggest you not raise taxes to benefit yourself.”

Margie Hoffman, 65, also voted at New Bridge. She approved of the penny tax referendum, saying she initially thought COVID-19 relief money was going to cover the roads but that she agreed they needed to be fixed regardless of what is paying for it.

Michael Sauls contributed to this report.