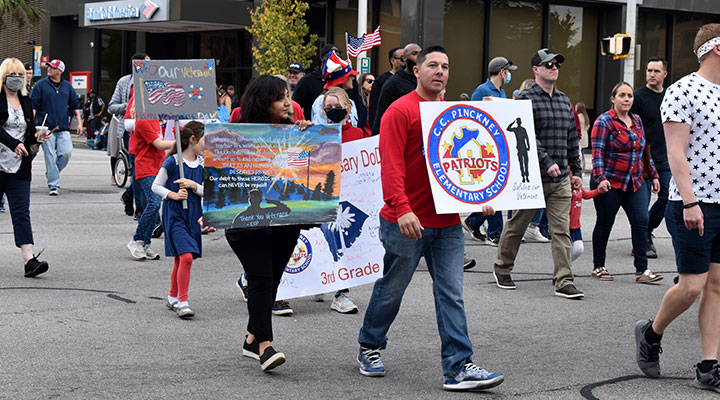 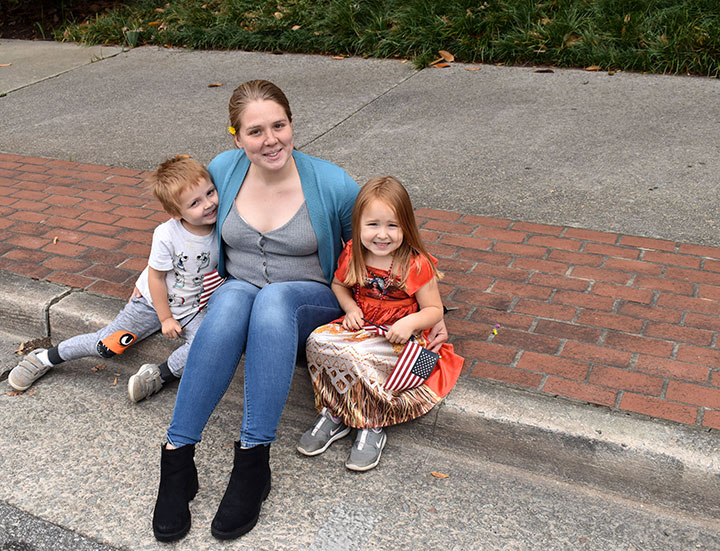 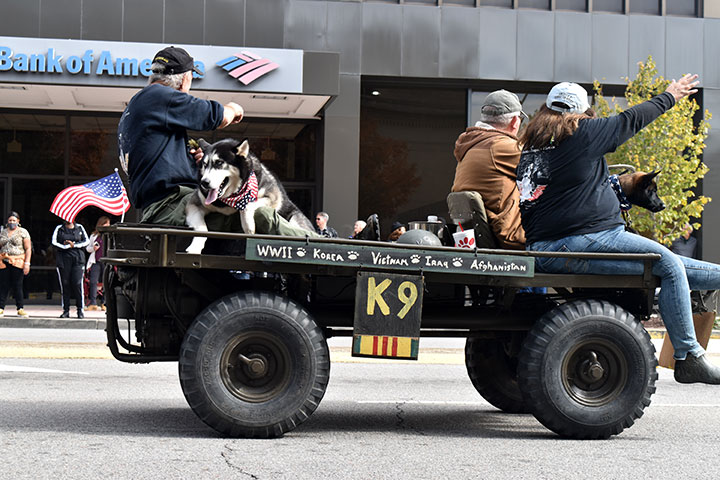 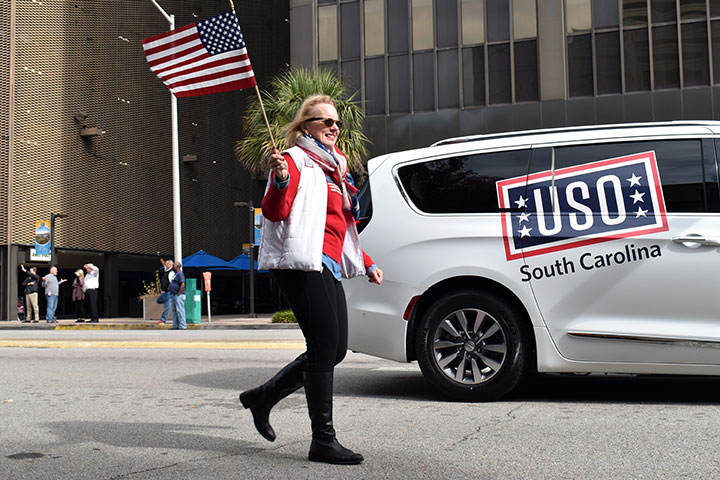 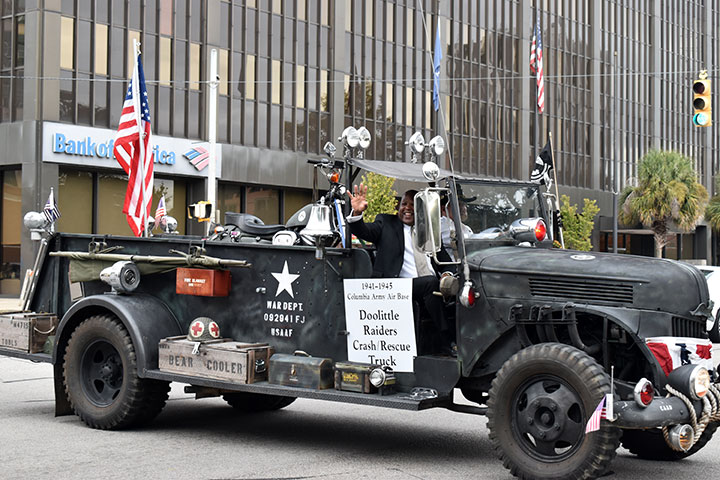 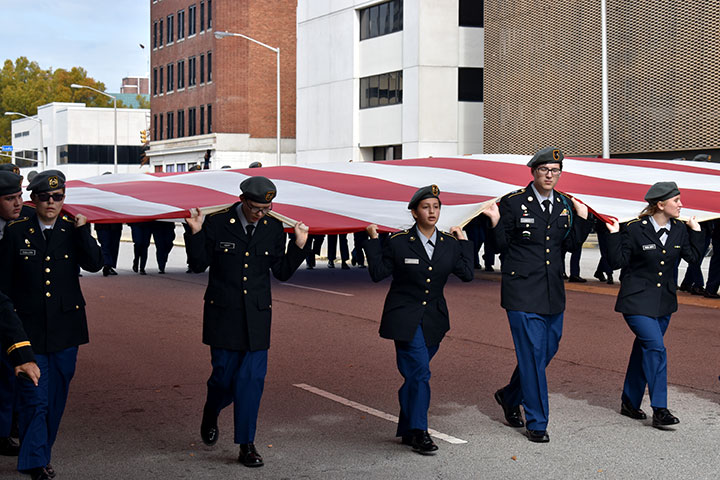 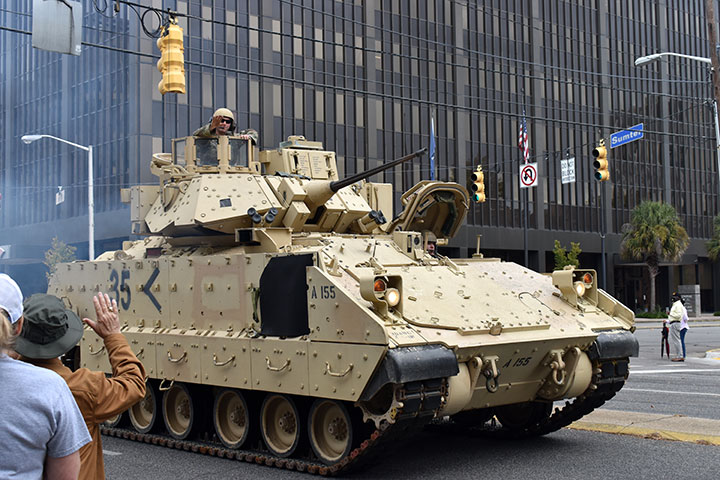 A little bit of rain here and there couldn’t stop the patriotism on display in downtown Columbia during its 43rd annual Veteran’s Day Parade Thursday.

Spectators of all ages and backgrounds were in attendance. Small children cheered and ran around in excitement as marching bands played patriotic tunes.

Waves, smiles and shouts of “Thank you for your service!” were abundant during the event. Mike Burkhold, a retired veteran of four years, was grateful for the acknowledgement he received.

“It’s a bit different today than it was in 1970. When I got back from Vietnam, I got spit at, cussed at, called the baby killer. Today, everywhere I turn I get somebody saying ‘Thank you for your service,’” Burkhold said.

Dozens of high school marching bands, ROTC units and floats marched down Sumter Street to the State Capitol as a light sprinkle of rain fell at the beginning of the two-hour parade.

The community exhibited during the parade was vital for Madison Niles, a 22-year-old University of South Carolina student whose father was in the military for 32 years.

“I guess [Veteran’s Day] reminds me of, like, all the times growing up where, like, my dad was deployed,” Niles said. “There’s always a sense of community and support from neighbors, from people in the city or people across the country. Like it was always really nice to have that support to me. And I think it’s fun to turn something that can be hard for a lot of people into a celebration, because those are individuals that are doing a lot for us, and it’s cool to recognize that.”

Gabriella Stephens, who comes from a family of veterans, was excited for her two bright, bubbly children to learn what the holiday is about.

“I’m looking forward to sharing it with my kids. They’re four years old and this is their first time doing a parade and a Veteran’s Day at that, so I’m excited for them to kind of see it and see all those people that have done good things for our country,” Stephens said.