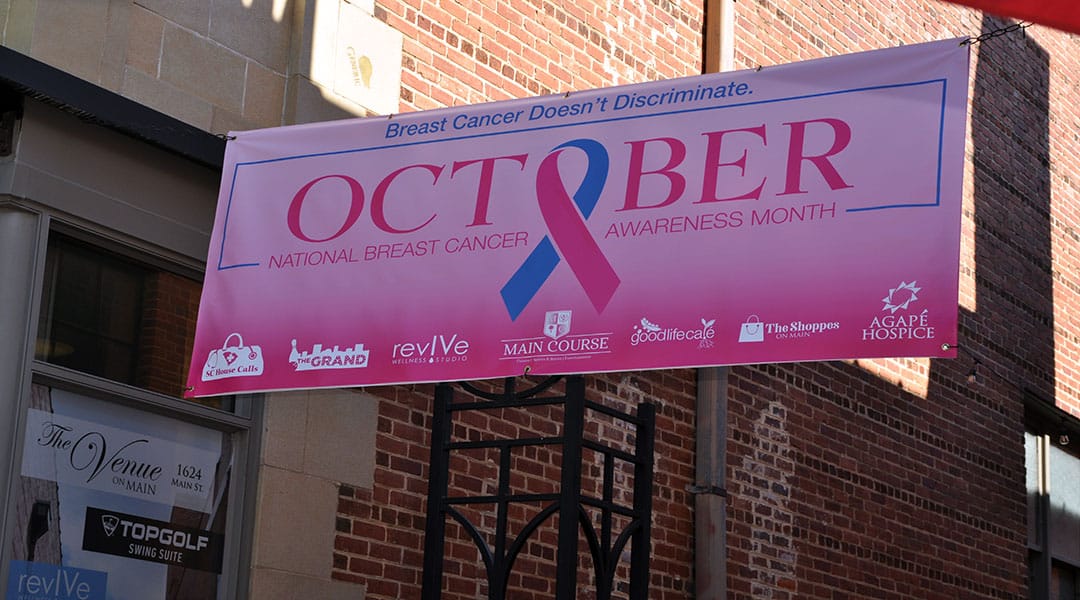 Businesses on Main Street are joining together to raise money for breast cancer.

October is breast cancer awareness month, and a group of 21 men in the Midlands are determined to raise as much money as possible for the American Cancer Association.

Real Men Wear Pink is a campaign that gives men the chance to stand in solidarity in the fight against breast cancer by hosting various fundraising events throughout the month of October.

One of these men is David Keller, who has hosted multiple events for a cause that’s personal to him.

“My mom had breast cancer back in 2014,” Keller said. “So, I always wanted to contribute some way, just didn’t know how. I found out about Real Men Wear Pink through a fellow friend. They reached out to me and asked, ‘do you want to be a part of this?’ And I said, ‘Absolutely. Don’t really care what it involves. I’m gonna do it.”

Last week, Keller hosted an event at The Shoppes on Main on the 1600 block called Shop for the Tatas.

Ten percent of the sales went towards the American Cancer Society (AMC). The Shoppes on Main served rosé, meat and cheeses and will be giving out pink ribbons, stickers and sunglasses.

“We’ve done a lot of fundraisers and it’s really become a team effort with the guys that we’re working with in the midlands,” Keller said. “We all support each other’s fundraisers, go hang out, raise awareness of everything. It’s not just about what I do with my fundraisers. It’s everybody here that’s going towards this one goal.”

Real Men Wear Pink of the Midlands had a goal to raise $25,000, but has surpassed that goal and raised $30,000 with still a week left in the campaign.

Whitnei Jeffcont, the community manager for the American Cancer Society, said she is excited to see how much the campaign has grown since it started.

“It just started back in 2013,” Jeffcont said. “American Cancer Society just figured out a different way to fundraise and so it’s gonna grow. It’s just growing like wild fire.”

The first year of Real Men Wear Pink was only eight men. Last year was 14 men and now there are 21 men part of the campaign.

According to AMC, breast cancer is the most common cancer in American women, besides skin cancers. There is a 1 in 8 chance that a woman will develop breast cancer at some point in her life.

“One of my dearest friends is going through breast cancer right now,” Jeffont said. “It’s very personal and when it’s personal, you just want to get out there and fundraise as best as you can and I’m excited to have these men in town, that are part of this campaign and wonderful shops and venues and places all over town that are fundraising this month.” 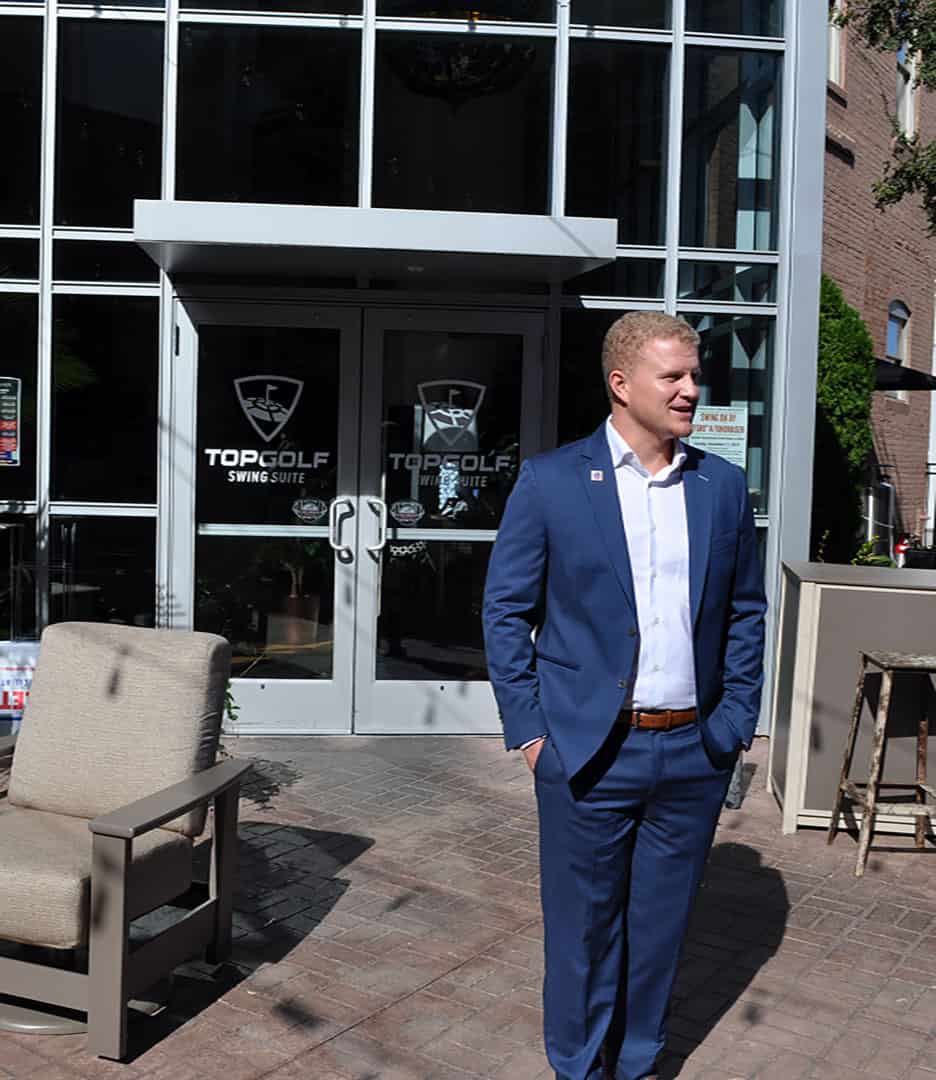 Dave Keller is a member of Real Men Wear Pink of the Midlands and recently held a fundraiser at the Top Golf Suite on Main Street to raise money for his campaign. 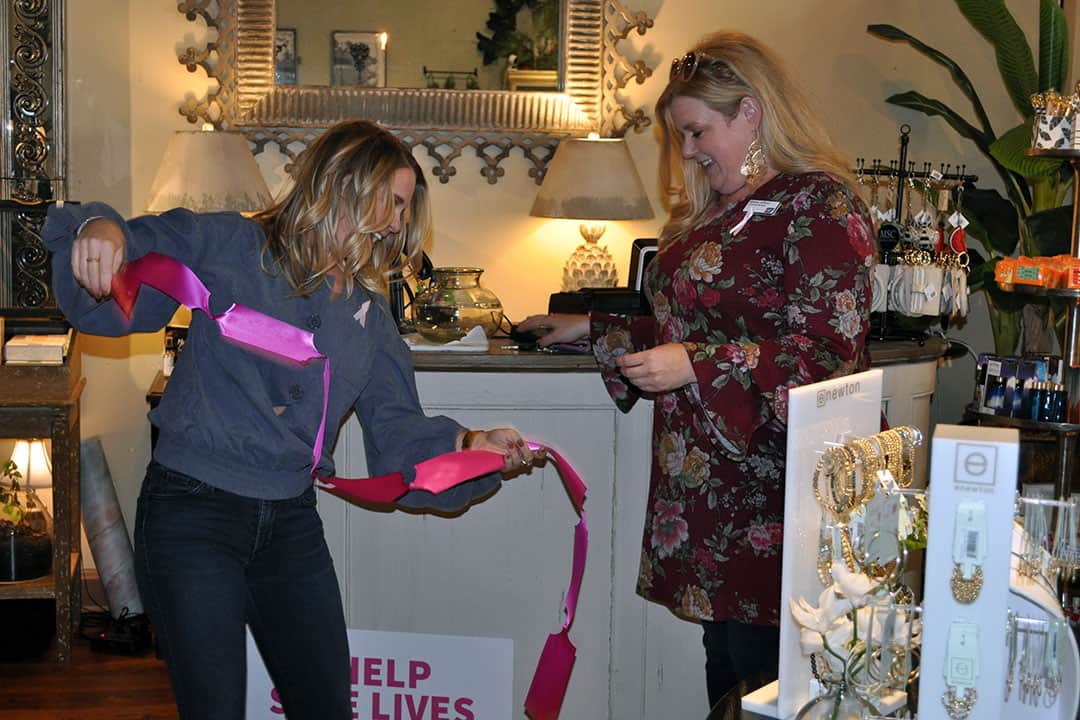 American Cancer Society community manager Whitnei Jeffcont and the general manager of the Shoppes on Main Christin Henry get ready for the Shop for the Tatas event. 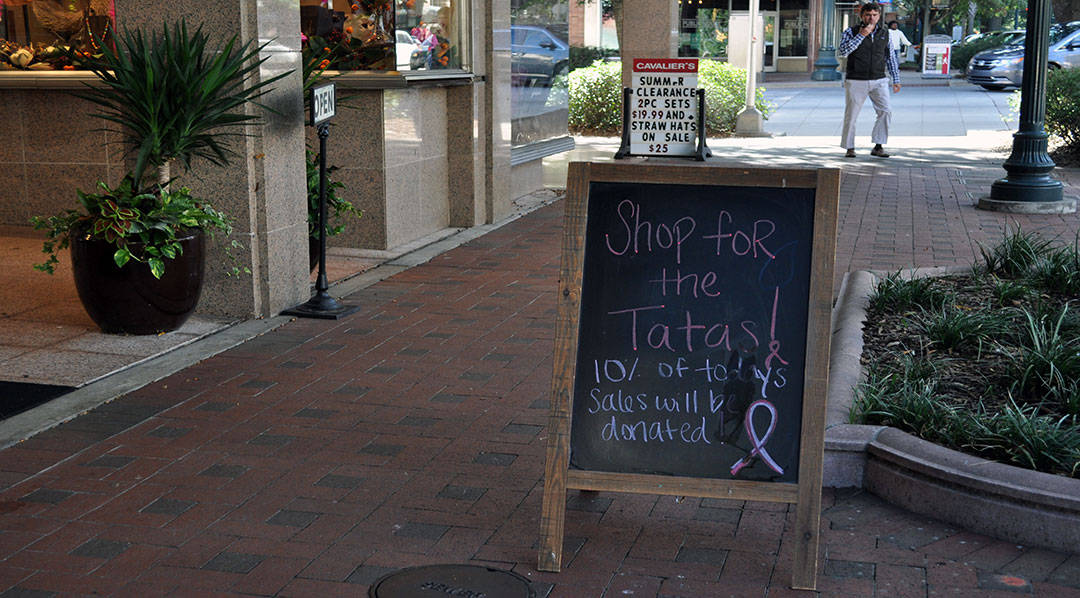 Shop for the Tatas served wine, meat and cheeses at their breast cancer fundraiser last week.