For this family, running has become a generational sport 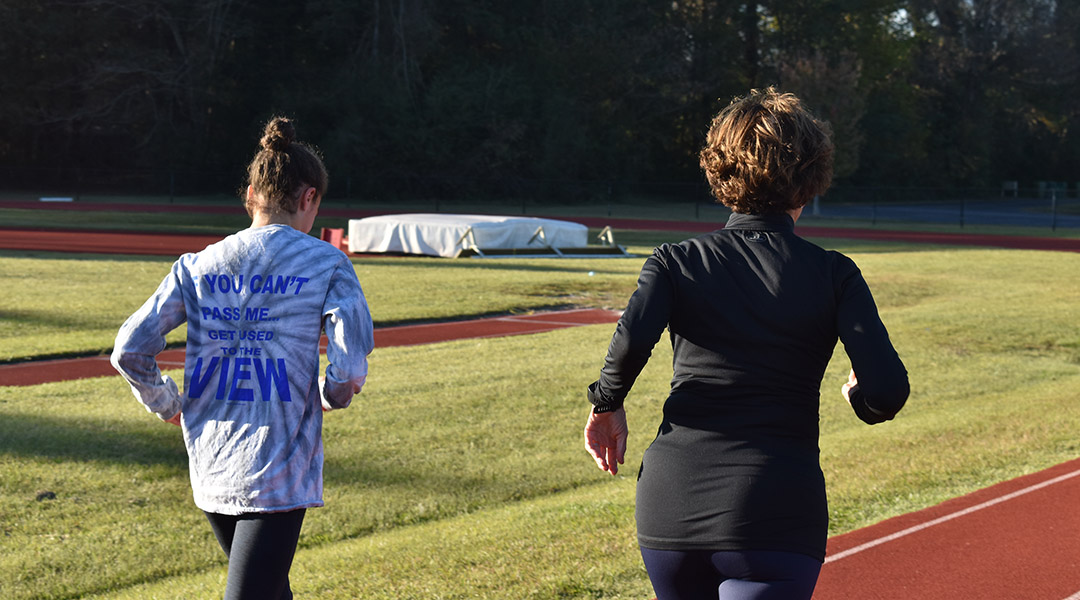 Catherine Lempesis, Jais Ward’s grandmother and coach, says her love for running began after she had her daughter and started running to try to get back in shape.

For 12-year-old Jais Ward, running is more than just a sport; it’s become a family affair.

A seventh grader enrolled at Heathwood Hall, home to basketball sports legend A’ja Wilson, Ward has some of the top running times in the nation. She recently just qualified for the USA Track & Field National Junior Olympic Cross Country Championships.

“It’s tough,” Ward said. “So it helps strengthen you, both mentally and physically.”

Ward typically runs the 800 meter, the mile and the 3k. Though she runs for Heathwood Hall, she also runs in the off-season to qualify for events like the Junior Olympics.

Ward has been coached by her grandmother, Catherine Lempesis, a South Carolina Athletic Hall of Fame member and longtime track and field coach, for as long as she can remember. Lempesis also coached Ward’s mother, Bunnie Ward, a former All-American runner until she left South Carolina to attend Harvard.

“When Jais was two, I knew she was going to be a special athlete,” Lempesis said. “Even at that young age you can tell when some kids are just walking and taking their time, versus some kids that you see that are constantly jumping, constantly running and constantly active. Jais was one of those.”

Ward says that she enjoys having her family so involved in her training. “It’s more comforting to me, and I just love being able to be trained by people who are experienced,” Ward said. “They basically know you better than anyone else who could coach you, so every time they coach you it’s just a positive, great environment.”

Ward tried other sports like soccer and gymnastics, but decided to start running because she saw how much her brother enjoyed the sport. Ward began her career in track in 2014 at The Storm Track Club of Irmo/Chapin, quickly proving that though she was new to the sport, she ran like a pro.

After running on a team for only a year, Ward won the 2015 USA Track & Field South Carolina Association Junior Olympic Championship, finishing in the top eight nationally and earning the title of All-American.

“Just get out there, try something, it doesn’t hurt to try anything,” Ward said. “If you want to get better, you just have to have a positive attitude 24/7, and always be willing to do anything to get better.”

Though Ward’s running career has only just begun, Lempesis says that Ward already shows leadership abilities within her team. “It never hurts if your number one, your top runner, is also your leader. That’s what you want,” Lempesis said. “It’s not just about running fast, it’s about going back and encouraging that other girl. And luckily Jais does possess that leadership ability.”

Over the last decade, the number of racers in the U.S. has increased over 300% and almost 90% in the last three years. According to Running USA, this running boom is being led by women as U.S. road race finishers are now predominantly female (57% compared to 25% in 1990).

“One of the really cool things about this sport is that you learn to bounce back from adversity,” Ware said. “It’s really neat to see these girls grow in their self-confidence, and you also see that spill into other areas.” 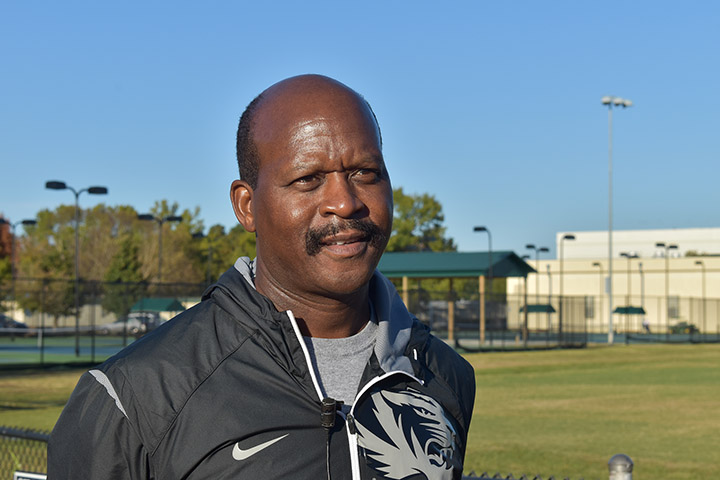 Willis Ware, the head girl’s cross country coach at Heathwood Hall, says that he loves seeing how the girls grow in their talent throughout the season, and how proud of themselves they are at the end. 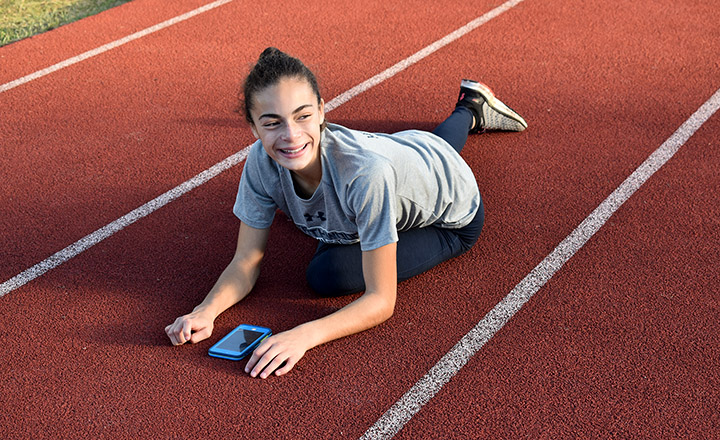 Jais Ward says that she times all of her stretches down to the second, because in track and field you quickly become accustomed to counting every second. 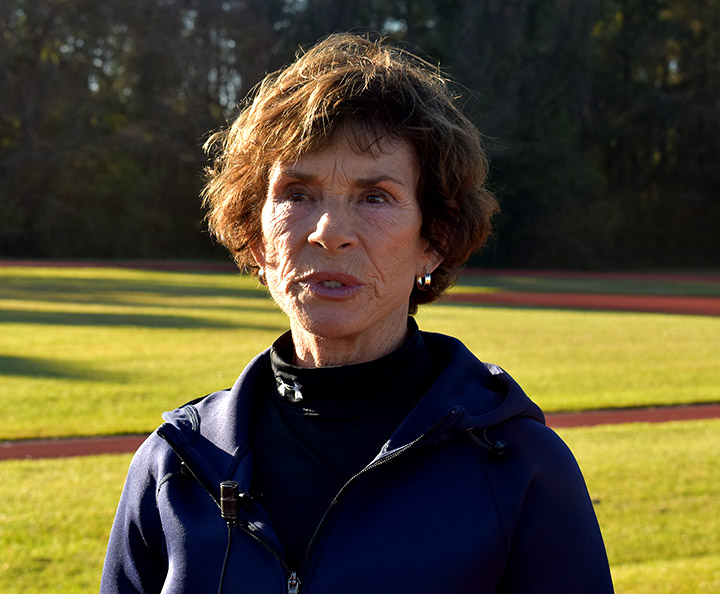 Catherine Lempesis, Jais Ward’s grandmother and coach, says that the women within their family have always been superior athletes, and it’s special to see Ward carrying on this generational tradition. 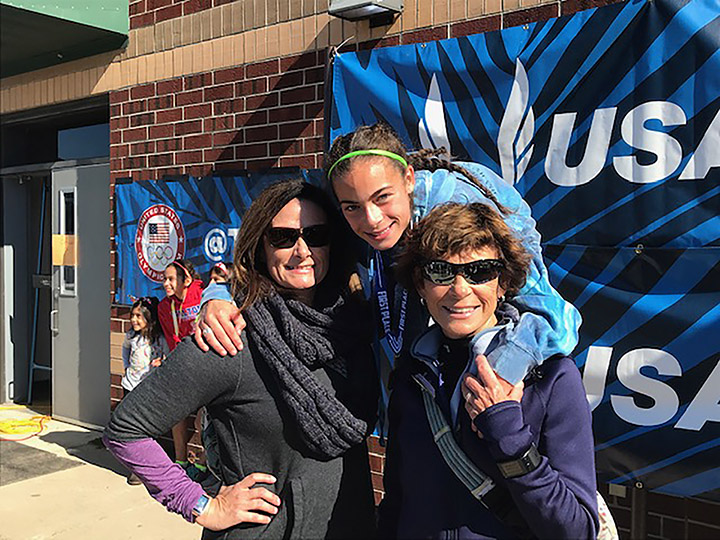 Jais Ward says that her mother and grandmother are her greatest fans, and that having a family that’s so involved in her training only makes her feel more supported.