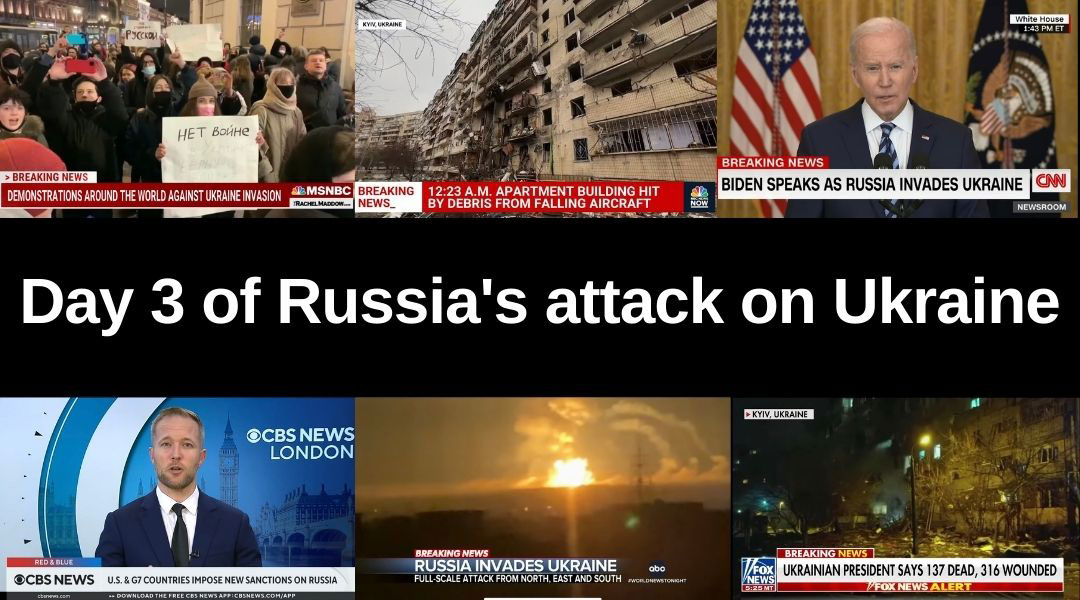 Political leaders across South Carolina have responded to Russia’s attack on Ukraine by showing solidarity with Ukraine and condemning Russian President Vladimir Putin, although some blamed President Biden for for what they see as a weak response to the conflict.

“President Biden said he could go ‘toe to toe’ with Putin, but instead he has chosen to play footsie,” said Rep. Nancy Mace, R-S.C. “Biden slow-walked lethal aid to Ukraine, waived sanctions on Nord Stream 2, and chose toothless sanctions against a few rich Russians. Biden’s weakness helped lead to this crisis.”

“The blame for what we are seeing in Ukraine lies at the feet of Joe Biden and weak boned ‘Republicans’ like Nancy Mace who voted to certify the election results,” said Arrington in a tweet. Arrington is among GOP backers of former President Donald Trump who still hold to debunked theories of extensive voter fraud in the 2020 presidential election.

Arrington’s criticism of the president and Mace received backlash from other lawmakers.

“Is this a real tweet or is she pulling our leg?” tweeted state Rep. Justin Bamberg, a Democrat from Bamberg.

“War has begun in Ukraine. Despite his lies, his revisionist history, and his psychopathic behavior, the entire world recognizes that Vladimir Putin is solely responsible for this,” said Norman. “There can be no doubt that Russia is the aggressor in this war, and the enemy of peace worldwide.”

“The world needs to condemn Putin’s destruction of a neighboring democracy as a war crime,” said Graham in a tweet.

Graham and other Republicans have pressured the Biden administration to place heavier sanctions on Russia.

The U.S. stands with Ukraine, but there is more the administration can do,” said Scott. “We need tougher sanctions on Putin and his cronies. We must ensure Ukraine has the military equipment needed to defend themselves.”

Democrats stood by the president as he announced new sanctions against Russia on Thursday.

“I stand with [President Biden] in unequivocally condemning Vladimir Putin’s unprovoked attack on Ukraine,” said Rep. Jim Clyburn, D-S.C.  “Putin alone is responsible for the death and suffering this war is bringing. We are joining together with our allies and partners to hold him accountable.”

The South Carolina House of Representatives held a moment of silence for the people of Ukraine on Thursday, led by state Rep. Gilda Cobb-Hunter, D-Orangeburg.

“We’ve got to understand, particularly in this day and time, when we throw out the word ‘freedom’ so loosely and so casually, that in a lot of places, freedom ain’t free,” said Cobb-Hunter in an address to the House.