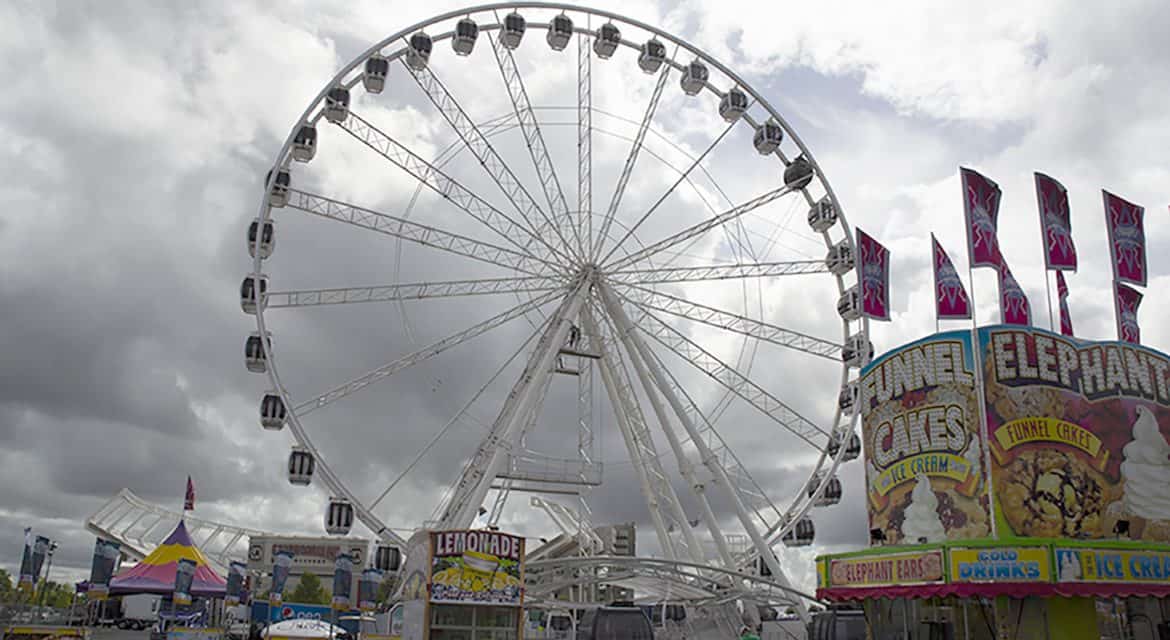 The 150 Celebration Wheel will be making its Midway North American debut at the South Carolina State Fair.

The South Carolina State Fair is kicking off its 150th annual 12-day event with a bang. North America Midway Entertainment will be unveiling seven new rides that are sure to get your heart pumping.

This year’s main attraction will allow visitors to experience the fair from new heights. Midway will be debuting the “150 Celebration Wheel” for the first time in North America in honor of the fair’s anniversary.

The 150-foot-high wheel includes 36 temperature-regulated gondolas, each carrying up to six people. The high-flying trip will offer riders a birds-eye view of Williams-Brice Stadium and Columbia. Gregg “Scooter” Korek, vice-president of client relations with North American Midway, said the 150 Celebration Wheel isn’t the only thing to get excited about when attending the State Fair.

“We have seven brand new rides that we added to our arsenal this year for the South Carolina State Fair,” Korek said.

The Star Dancer 360 is one of Midway’s “spectacular” rides, he said. The ride, which is a giant pendulum with seats at the bottom, swings  back and forth, gaining momentum until it loops 360 degrees, reaching heights of more than 70 feet.

“The Star Dancer 360 is a spectacular that we took delivery of in March and is made for the hard-core rider and has been a smash with Midway riders,” Korek said.

The fair will also feature the new adrenaline-inducing thrill ride, “Twister.” The ride boasts dual-motion cars on an elevating platform that spins in a 360-degree motion.

The “Morbid Mansion” will also be making its S.C. State Fair debut. Just in time for the Halloween season, this leisurely ride gives off a haunted house feel that is meant to give riders a scare.

While some rides are customized towards the more adventurous rider, the State Fair is introducing new rides tailored for children.

The new Double Decker Merry-Go-Round is 34 feet tall, compared to the 150-foot-tall Celebration Wheel. The ride has 76 seats in an array of different seats including animal-themed zebras, elephants and rabbits, along with spinning bowls. Riders can also enjoy a view of the State Fair from the second floor of the merry-go-round.

The “Red Baron” puts children in the cockpit of World War I-style fighter planes that fly about 6 feet above the ground. Pilots can also bring a co-pilot along for the ride if they choose.

Finally, Midway will have “Love Bugs” up and running. This ride takes you swooping through peaks and valleys to the sounds of lively music. While gentler than its counterpart, the Himalaya, Love Bugs will leave you feeling groovy.

While the rides are new, Korek, the Midway executive, said he is a veteran of a State Fair he has long admired.

“We first came here in 1987 and I have been here every one of those years,” Korek said. “We have a deep and longstanding tradition with this fair and we love coming here because they do such a great job being involved in the community and putting on a great fair.” 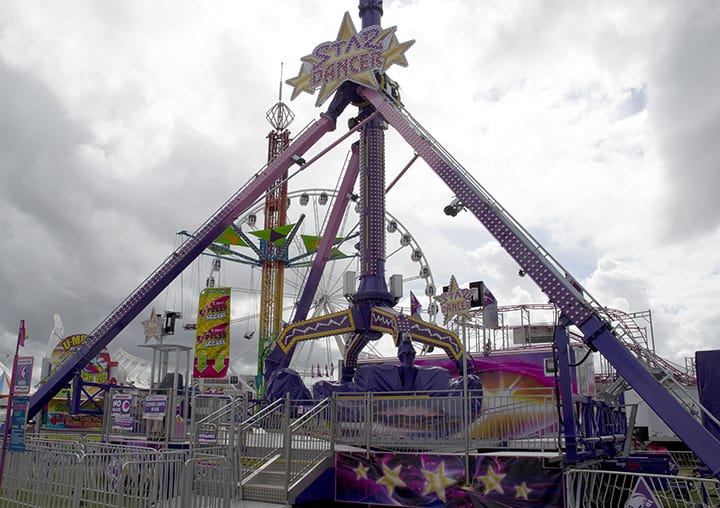 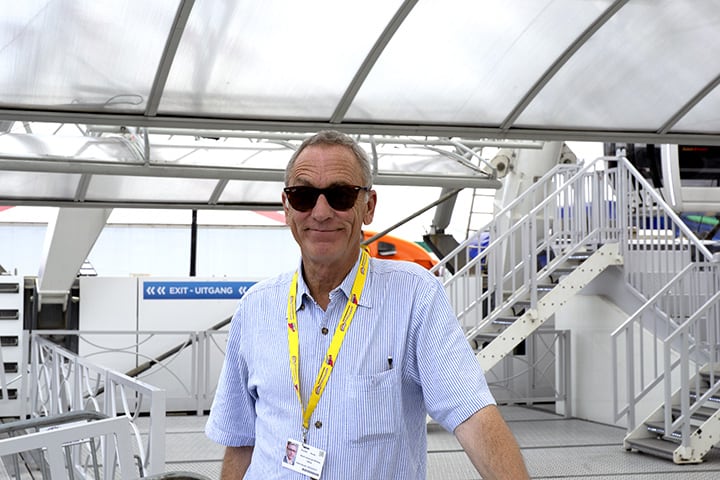 The new ride, “Morbid Mansion,” is a horror-themed ride on a winding track that is coming to the S.C. State Fair just in time for the Halloween season. 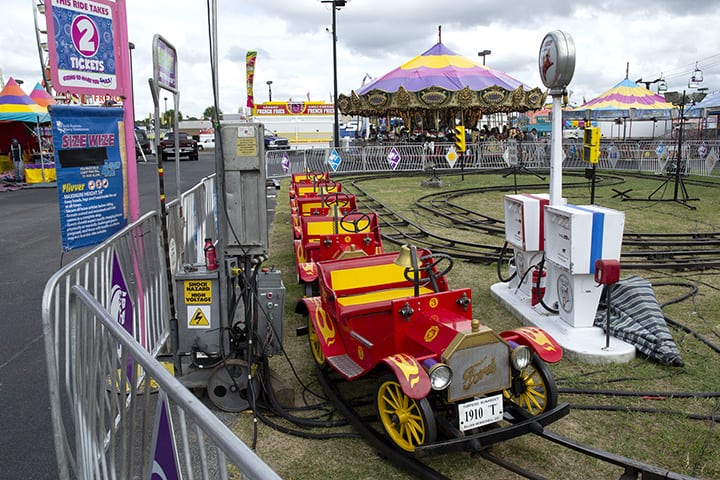 A new ride called Flivver” allows children to get behind the wheel on an antique car replica while enjoying a leisurely ride on winding tracks. 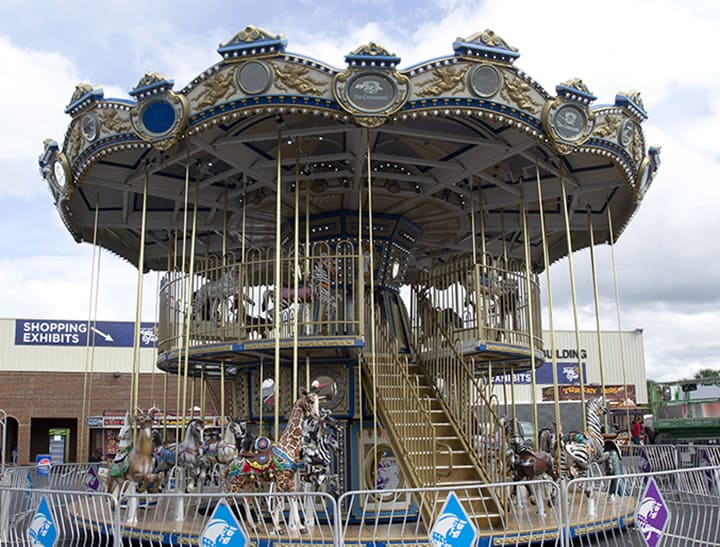 The Double-Decker-Merry-Go-Round, a new ride at the State Fair, features 76 seats with an array of animals including zebras, elephants and rabbits, as well as spinning bowls. 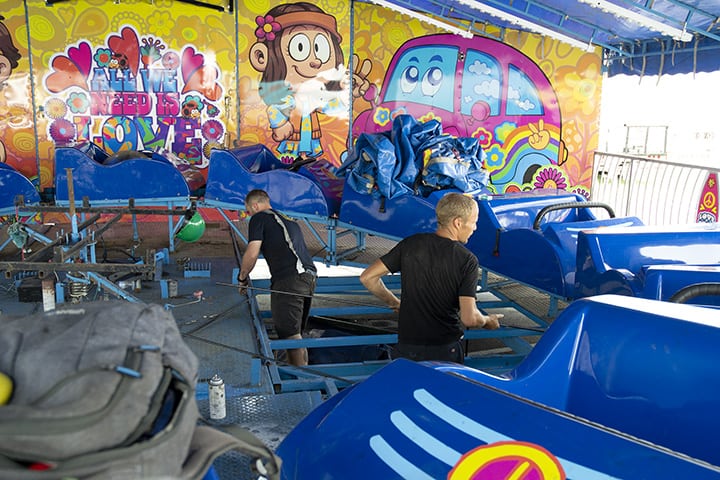 Workers finish putting together the “Love Bugs.” This new “groovy” ride can fit 24 passengers and has gentle slopes and speed for younger riders.