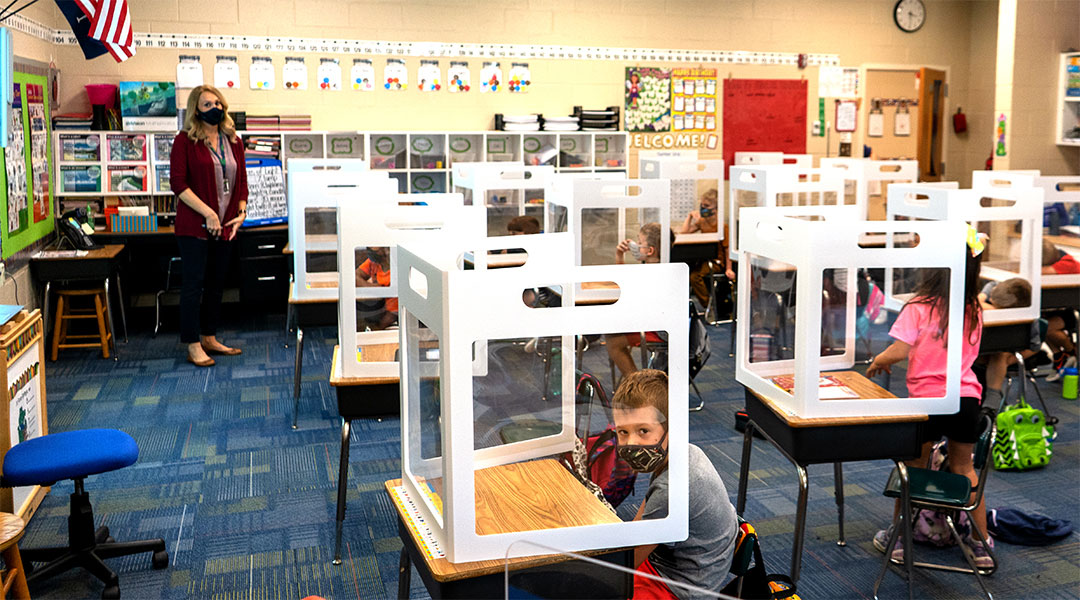 South Carolina school districts are receiving $33 million in funding so students, such as those at River Springs Elementary School, have masks and plexiglass screens to allow more students in the classroom.

The funding is from the CARES act and was approved by the General Assembly. Spearman said the purpose of the funding is to assist schools, particularly the higher grade levels, in conducting face-to-face instruction four days a week. She also said that it will allow districts that are online only, such as Richland 1 and Richland 2, to implement a second learning option. She said to expect that on Oct. 26.

Spearman said that the South Carolina Department of Education and the South Carolina Department of Health and Environmental Control are working together to safely reduce the distance between students and thus allow more children into a classroom. The increased precautions, such as plexiglass barriers, are what will allow schools to reduce from the recommended 6-foot social distancing to 3 feet.

“This is not so you can take your mask off,” Spearman said. “This is an added protection that DHEC has worked with us and we know that it will help in the safety of our students.”

Late last month, teachers criticized lawmakers for not passing a budget to give them the funding they needed to safely work in their classrooms. Tuesday, Spearman said that a lack of PPE should not be an obstacle for South Carolina schools to open.

“Let us know what you need and we have the funding to get it for you,” Spearman said. “We need our teachers back and we are going to do everything we can to make it as safe as possible for them.”

Gov. Henry McMaster, in a press conference the following Wednesday, urged schools to find a way to open face-to-face for five days a week.

McMaster said online learning may be an option for higher level education such as college but said the face-to-face is best for younger children.

River Springs Elementary School, where Spearman announced the funding, is currently operating face-to-face for four days a week. They do virtual learning on Wednesday while the school undergoes a cleaning. Classrooms have plexiglass barriers surrounding the children’s desks and markers in the hallways to indicate 6-foot spacing while plexiglass is not available.

“The barrier is there, it is another protection that we put in place but our students and our teachers are wearing their face masks at all times,” Principal Matthew Gams said.

Spearman praised students for being compliant with wearing the face masks saying that improperly wearing them has not been an issue.

The Lexington-Richland District school has also added an additional health room this year to have a separate space for treating students with COVID-19 symptoms. Their health room that deals with the children’s medicine is now run by their computer lab teacher.

Gams said that taking on additional jobs has been a common theme for teachers as they deal with the pandemic but the school is working hard to make sure everyone has what they need to stay healthy.

“The funding is available so if we need to order some more equipment and PPE it’s gonna be there,” Gams said. “Right now I feel like we have a good handle on it in school district 5.”

Gams says that success comes from not just the school, but the community as well. It is a relationship where he will do what he can to keep the kids in school so the parents have time to work which then helps the school with resources they need.

Gams also said that communities bring their children together during online learning days so they don’t need to hire as many people to supervise them while parents are working. He hopes that South Carolina schools can continue to gather data and one day move back to five days a week.

For those parents and children that want to remain in online only learning, Spearman said that model will remain. 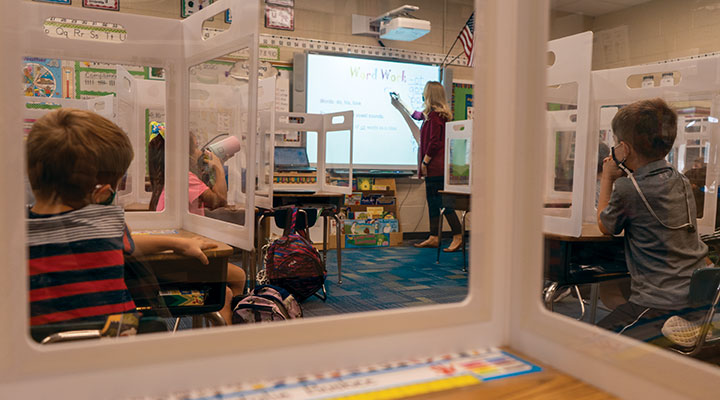 The South Carolina Department of Education is working with the Department of Health and Environmental Control to use the barriers in conjunction with masks in order to reduce space between student desks. 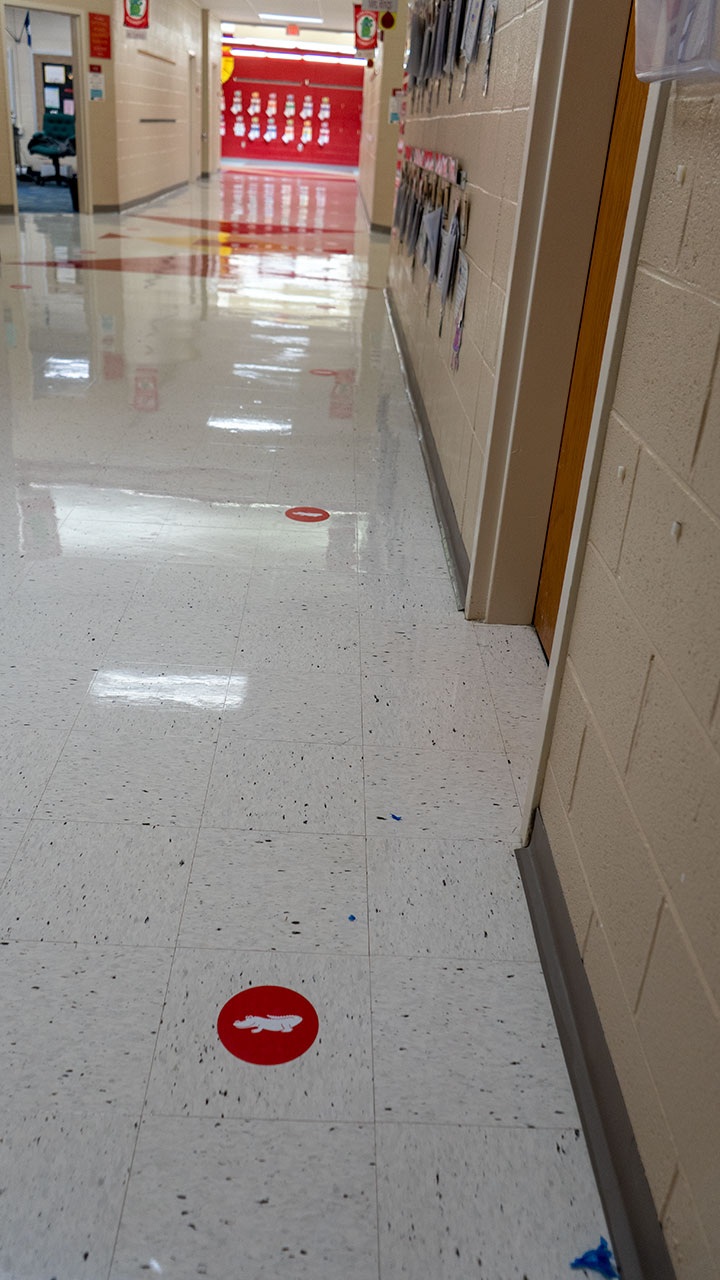 Markers are on the floor to indicate 6-foot social distancing while plexiglass is not in use. 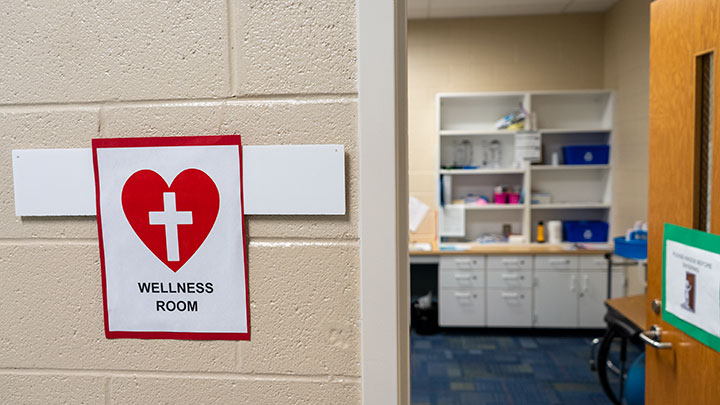 An additional health room has been set up to take care of children with COVID-19 related needs. Teachers are taking on multiple roles to assist during the pandemic. 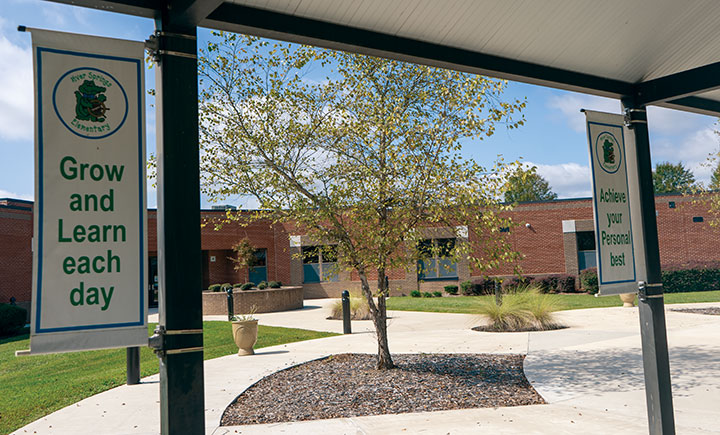 River Springs Elementary School has four days of face-to-face learning and one day of online learning. Online learning takes place on Wednesday so the school can undergo a deep cleaning.