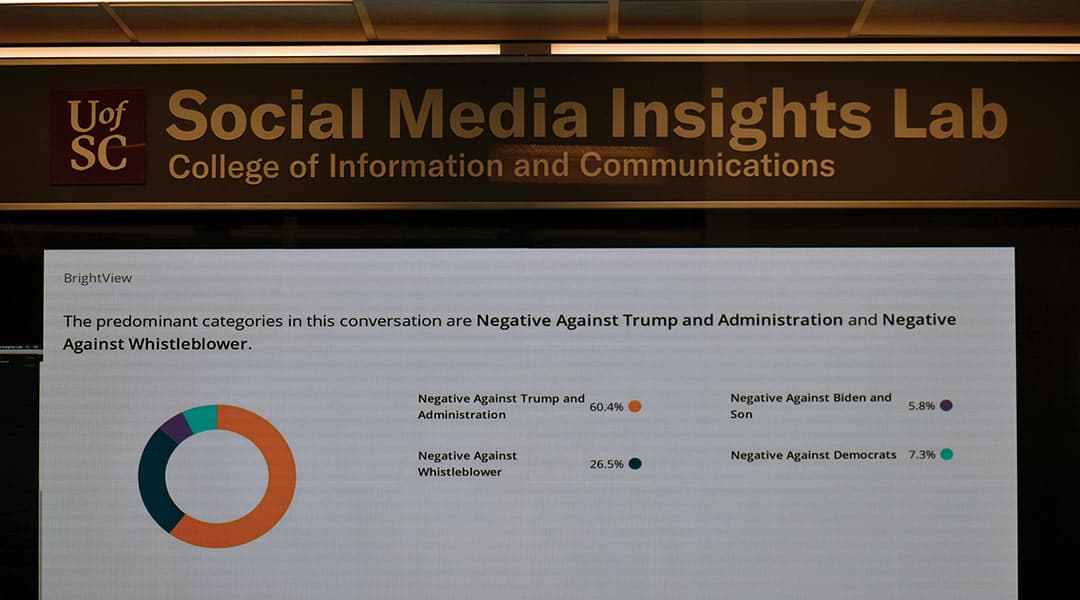 The Social Media Insights Lab at the University of South Carolina studied what South Carolinians on Twitter had to say about the formal impeachment inquiry into President Donald Trump.

A little more than 60% of South Carolinians who weighed in on Twitter about the explosive impeachment inquiry have expressed negative sentiment toward President Donald Trump and his administration.

This information comes from the University of South Carolina Social Media Insights Lab, which looked at more than 22,000 tweets, according to lab manager Kaitlyn Park.

The whistleblower complaint originated with a July 25 call the U.S. president made to Ukrainian President Volodymyr Zelensky.  In addition to congratulating Zelensky, Trump urged the Ukrainian leader to investigate former Vice President Joe Biden, a potential Trump presidential rival in 2020, and his son.

Biden worked with the Ukrainian government during his time in the White House and Trump suggested Zelensky help Trump’s private lawyer dig up dirt on the Bidens, including Hunter Biden’s appointment in 2014 to the board of a Ukranian natural gas company Burisma Holdings.

A few weeks after President Trump’s telephone call, a whistleblower reported a concern related to the Ukraine call to the inspector general for national intelligence, Michael Atkinson.

“In the course of my official duties, I have received information from multiple U.S. Government officials that the President of the United States is using the power of his office to solicit interference from a foreign country in the 2020 U.S. election,” the whistleblower’s complaint read.

Since then, House Speaker Nancy Pelosi, D-Calif., announced the beginning of a formal impeachment inquiry into Trump.

Justin Walsh is a first-year student at USC and said he would like to see Trump impeached, especially with the recent news.

“I mean there’s always been a problem with Trump since he’s been elected president,” Walsh said.

Fourth-year USC student Denzel Carson also said he thinks Trump should be impeached and the results of the social media lab stood out to him, since South Carolina is known to be conservative.

“That’s surprising to me, too, since we are a red state, we always have been,” Carson said about the negative sentiment towards Trump on social media. “But when you think about the course of the last few years, it’s not surprising.”

Park said since the 2016 election, more conservatives have come to Twitter, even in South Carolina.

“When all the more shocking news originally broke … that was when more people started talking,” Park said.

“Think about the people that are most likely to be on social media,” Oldendick said. “They tend to be definitely younger.”

He also said the nation was evenly split on whether Trump should be impeached, but South Carolina sentiments are leaning a little more against impeachment due to it being a conservative state. 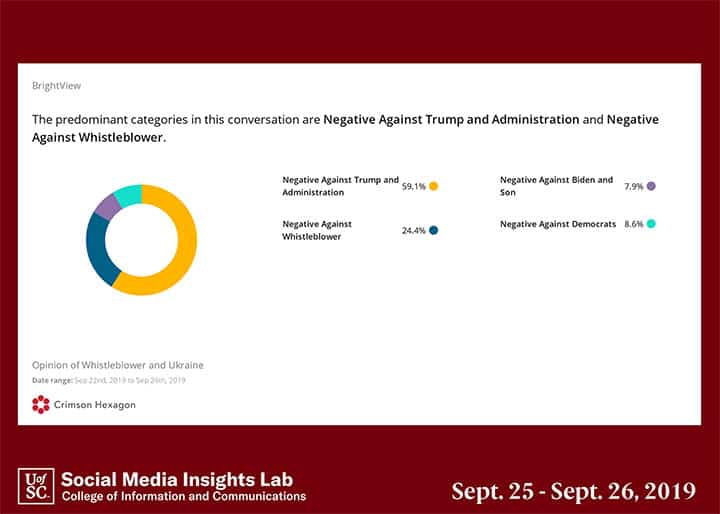 The Social Media Insights Lab searched negative opinions of the words “whistleblower” and “Ukraine” between Sept. 22 and 26 and found 60.4% to hold negative conversations against Trump.

USC student Denzel Carson said the results of the social media lab stood out to him, since South Carolina is known to be conservative. 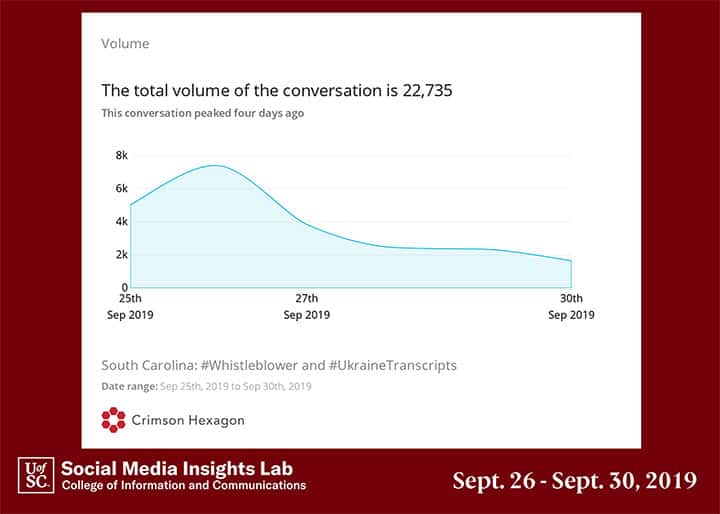