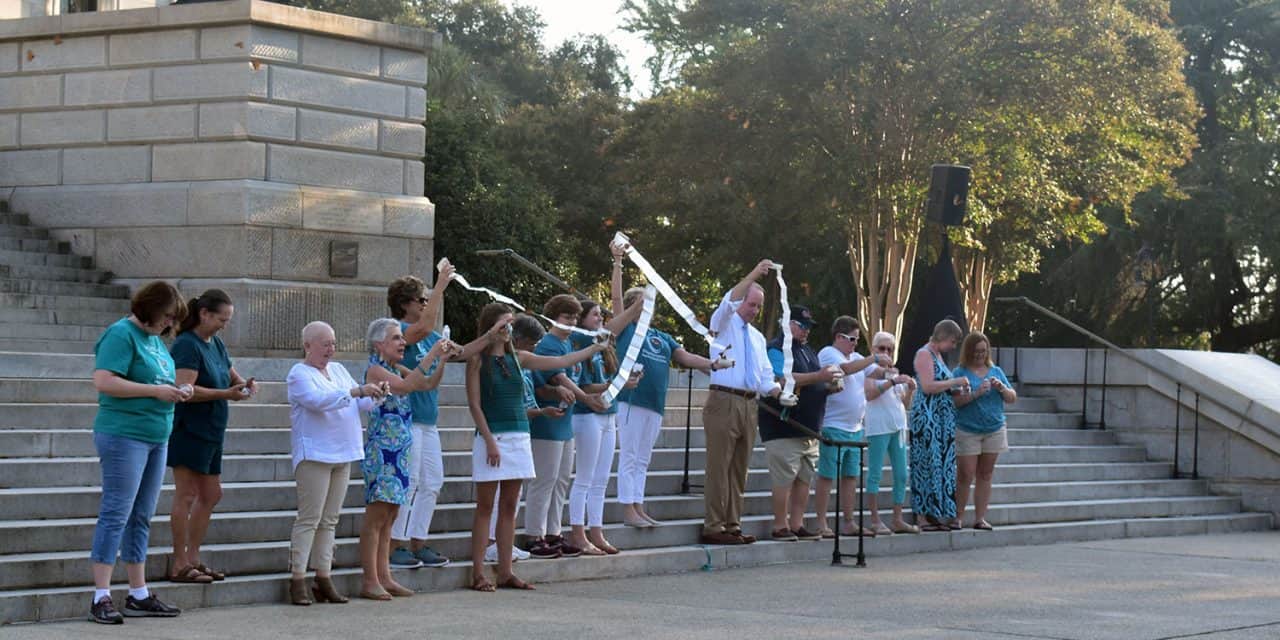 Ovarian cancer survivors release butterflies to spread awareness of the fight against “the disease that whispers.”

At 40 years old, Cherie Nettles was diagnosed with ovarian cancer.  She was told she had 90 days to live.

On Thursday, 17 years after that dire diagnosis, Nettles and other survivors of the disease released butterflies on the steps of the Statehouse to spread awareness about the cancer and offer hope for survivors.

Ovarian cancer is known as “the disease that whispers,” because symptoms are often not recognized by many women, said Sandy Boozer, secretary and treasurer of the Ovarian Cancer Coalition of Central South Carolina, which sponsored the butterfly release.

“Each year more than 20,000 women will be diagnosed with ovarian cancer, and of those more than 14,000 will lose their lives,” Boozer said. “It’s one of the deadliest cancers among women.”

Now, 57-year-old Nettles is healthy and serving on the Ovarian Cancer Coalition Board, helping to spread awareness of the cancer.

Nettles was one of the many people to attend the OCC’s 14th annual Cathy B. Novinger Butterfly Release to honor all of those who survived ovarian cancer and those who have passed due to it. The event was named after its founder, a well-respected business and civic leader in Columbia who lost her life to ovarian cancer in 2016. Many survivors of ovarian cancer at the event were close friends with Novinger.

“The mission of the Ovarian Cancer Coalition is to create this awareness that we need about ovarian cancer, it’s symptoms, and the urgency of early detection for women in the midlands,” said Dawndy Mercer Plank, a WIS News anchor and an organizer for the butterfly release.

Live butterflies were sold for $25 prior to the event. The money goes towards raising awareness of ovarian cancer in the Midlands.

Catherine Erdman, a 61-year-old ovarian cancer survivor, has been cancer-free for three and a half years. Erdman said it’s important for women to know what signs to look for and to get help as early as possible.

“That’s what the symptoms are like,” Erdman said relating the cancer symptoms to a butterfly. “You really have to pay attention to them.”

The OCC releases butterflies annually for this reason.

Nettles said this is why it’s important for women to know their bodies and go to the doctor regularly.

“Symptoms can be a lot of things and they can be nothing,” Nettles said. Some symptoms can be “unusual bloating, persistent bloating, a change in bathroom habits, unusual pressure or pain in your left or right side, chronic indigestion, and eating and filling up quickly.”

Many women at the event are still affected by ovarian cancer. Through the OCC, these women are able to get support. Some go to chemotherapy on the same days to lend support to each other.

“I have made so many friends through doing this, because cancer is not a discriminator,” said Nettles. “It makes people fight harder.” 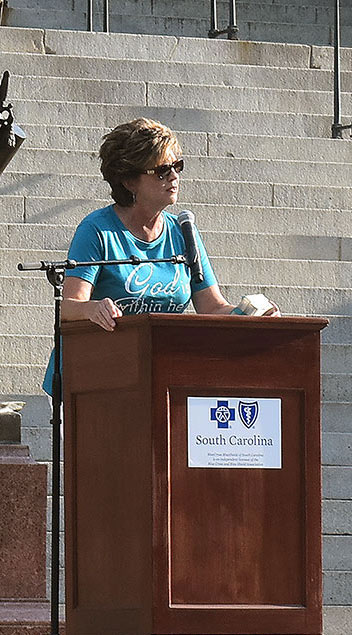 Cherie Nettles, a 57-year-old ovarian cancer survivor, speaks before a butterfly release at the Statehouse. 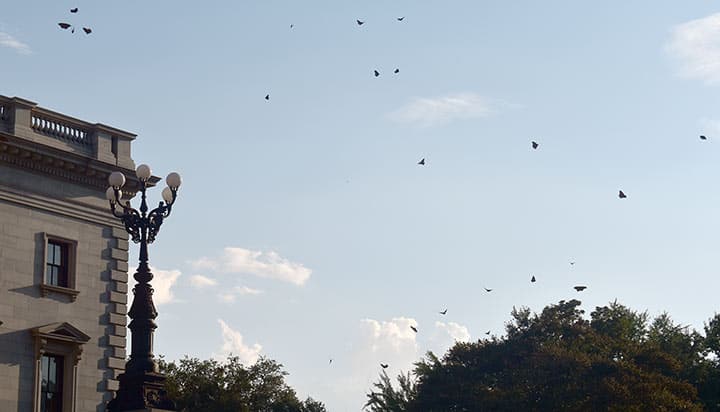 Hundreds of butterflies were released Thursday at the South Carolina Statehouse. Over 50 people attended and bought butterflies to release. 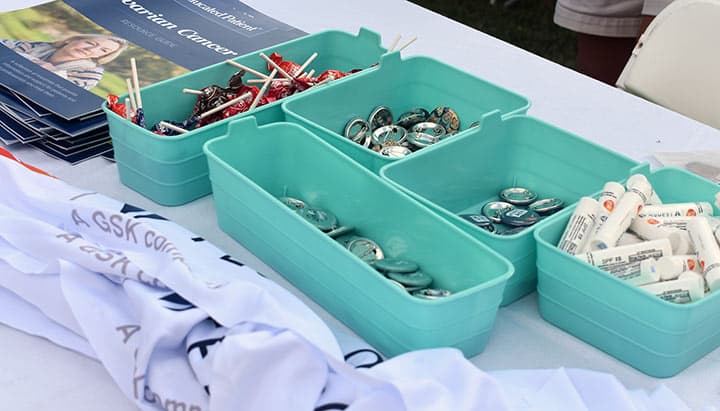 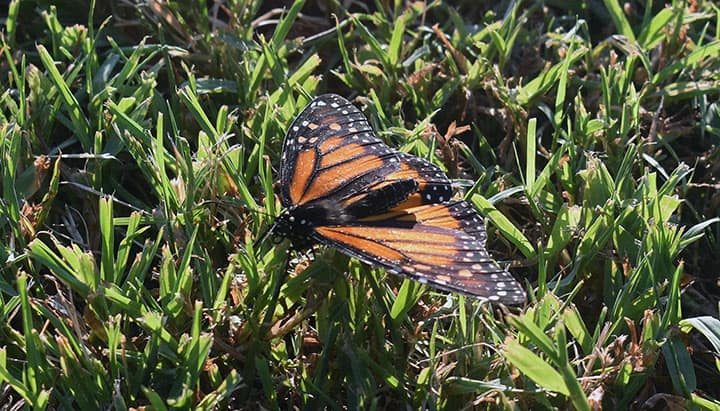 The Ovarian Cancer Center of Central South Carolina released hundreds of butterflies at their butterfly release to honor those who have passed due to ovarian cancer. 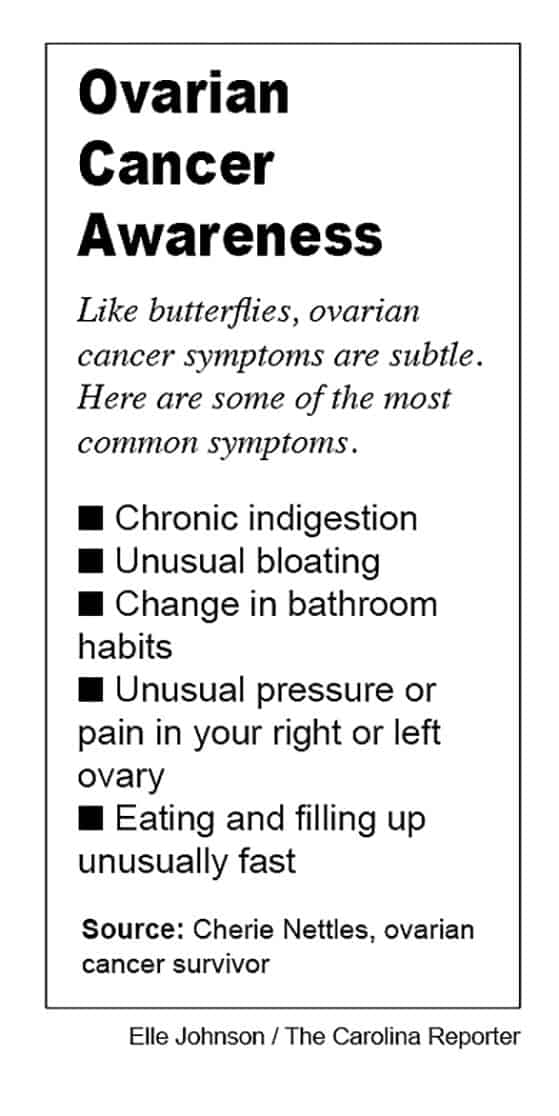