Social media uproar over Trump taxes is short-lived in S.C. 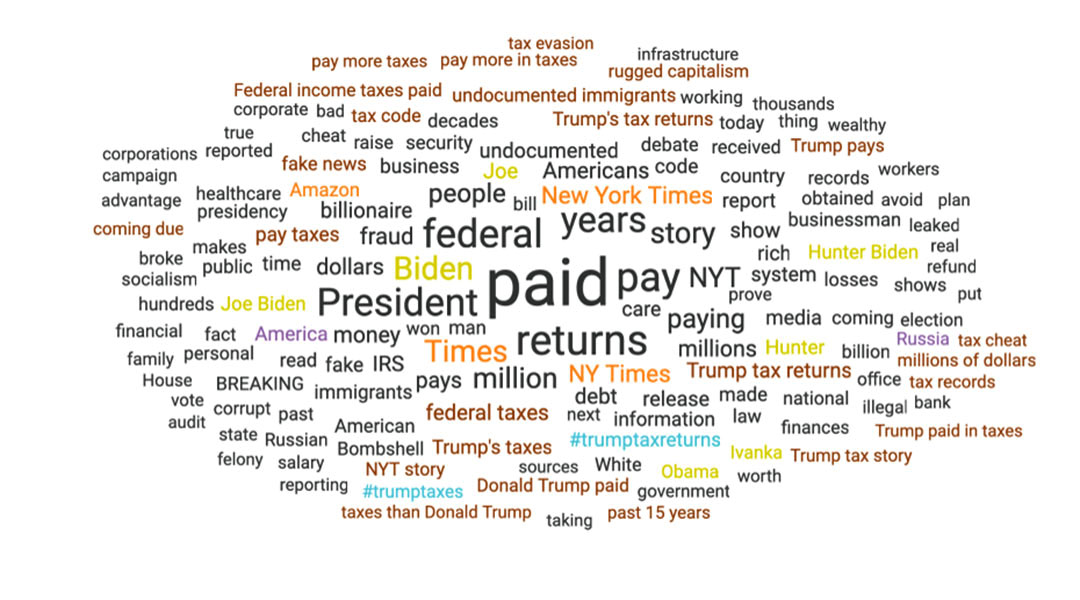 There are times when news seems to break, spike and leave the public sphere faster than others.

The University of South Carolina’s Social Media Insights Lab showed how fast that can happen as officials analyzed online conversations surrounding President Trump’s tax returns. The New York Times broke the story, stating that Trump had only paid $750 in federal income taxes his first two years in office and had not paid any federal income tax in 10 of the 15 years prior to being elected.

“Conversations reached their peak on the day the Times released the story… with a fairly pronounced drop off in the days after,” Kaitlyn Park, manager and analyst at the Social Media Insights Lab, said this week. “There were some conversations on debate night about Trump and his taxes but not as much as you might expect.”

The lab uses a program called Crimson Hexagon to analyze social media and understand what people are saying about various topics online.

It’s not just people in positions like Park’s who noticed the quick decline in conversation volume. As discussion of the news subsided, one of the top shared posts about Trump’s taxes in South Carolina was a reply on Twitter to the president’s departure from Walter Reed National Military Medical Center.

The Times’ story was released on Sept. 27, two days before the first presidential debate. According to the insights lab, mentions of Trump’s tax returns peaked at 1,700 social media users on the first day and 1,900 on the second.

While distinct users are people who have posted at least once, the total number of mentions in South Carolina exceeded 16,000. That is about three times the amount of media interest Trump’s taxes generated on Sept. 26, 2016, the first presidential debate of that year.

Two days after the tax release story, the same day of the first 2020 presidential debate, distinct mentions were just below 900, and two days after that, there were about 80 mentions a day in South Carolina.

“Usually when a conversation mentions a specific news story like this, we would expect more neutral sentiment,” Park said. That is, “users sharing the news without opinion, but that is not the case in this conversation.”

From Sept. 26 to Oct. 1, the sentiment surrounding Trump’s taxes was 77% negative on social media, while 20% was neutral. That negativity was not completely directed at the president though. There were mentions that were negative towards the Times, the Internal Revenue Service and Democratic presidential nominee and former Vice President Joe Biden. President Trump did receive the brunt of the negative comments.

In 2016, the highest number of mentions concerning Trump’s taxes occurred during the first debate Sept. 26 against Hillary Clinton, the Democratic presidential nominee. There were nearly 700 mentions on social media the day of the debate, and about 200 the day after. Throughout the months leading up to Election Day, mentions rarely dropped below 70 a day.

This year, below 30 distinct mentions were normal leading up to the Times’ story, but in the days following, mentions stayed about 80.

Even though the number of mentions was higher this year during the first presidential debate, President Trump and Biden spent about three minutes on the topic of taxes. Candidates during 2106 spent over 10 minutes.

The conversation on social media in 2016 primarily revolved around Trump releasing his tax returns and Clinton’s emails. The sentiment was also more evenly split with 57% of it negative and 41% neutral.

About a week and a half after the Times’ story was released, there were about 80 social media users mentioning Trump’s taxes each day, and the sentiment around it was about 90% negative, Park said. 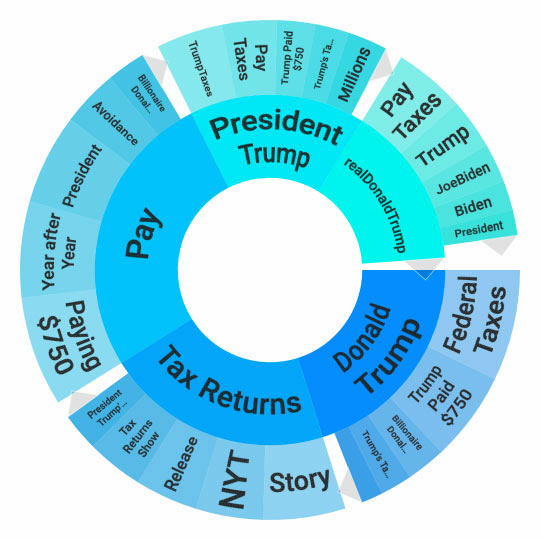 The Social Media Insights Lab shows the New York Times story as the number one topic in total volume in South Carolina in the days leading up to and during the election. 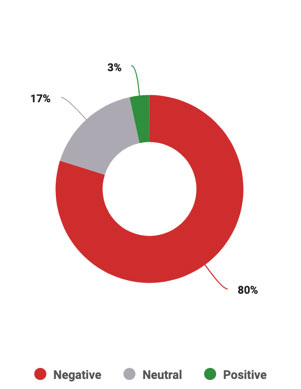 The conversation surrounding the New York Times story peaks at point A nearly double its previous highest at point B which was during President Trumps Tax bill. It then falls sharply back to near normal levels two days later.