Solar showdown at the State House 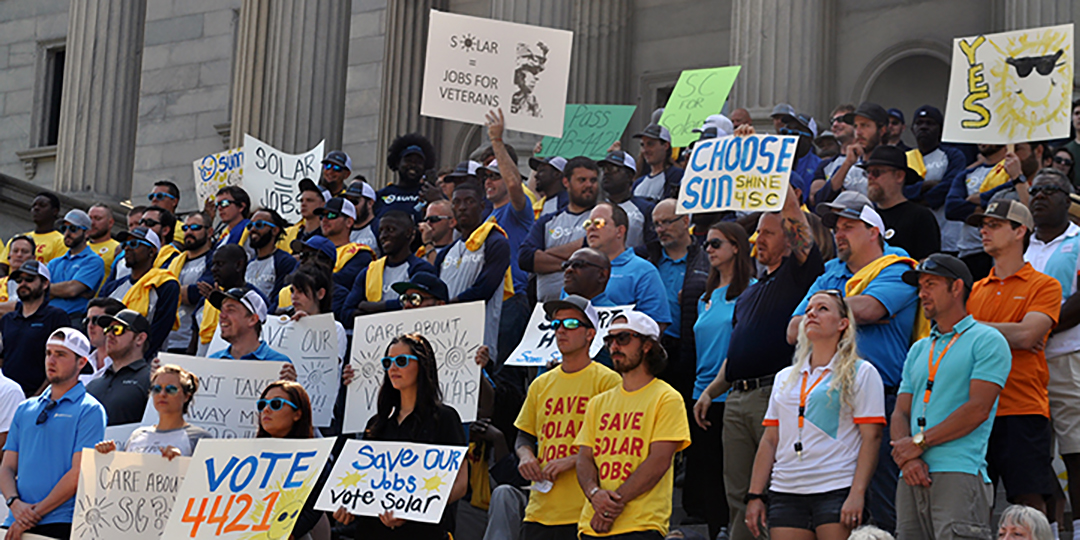 Hundreds of solar employees from across the state gather in front of the State House wearing shirts and holding signs in support of the proposed Energy Consumer Bill of Rights. 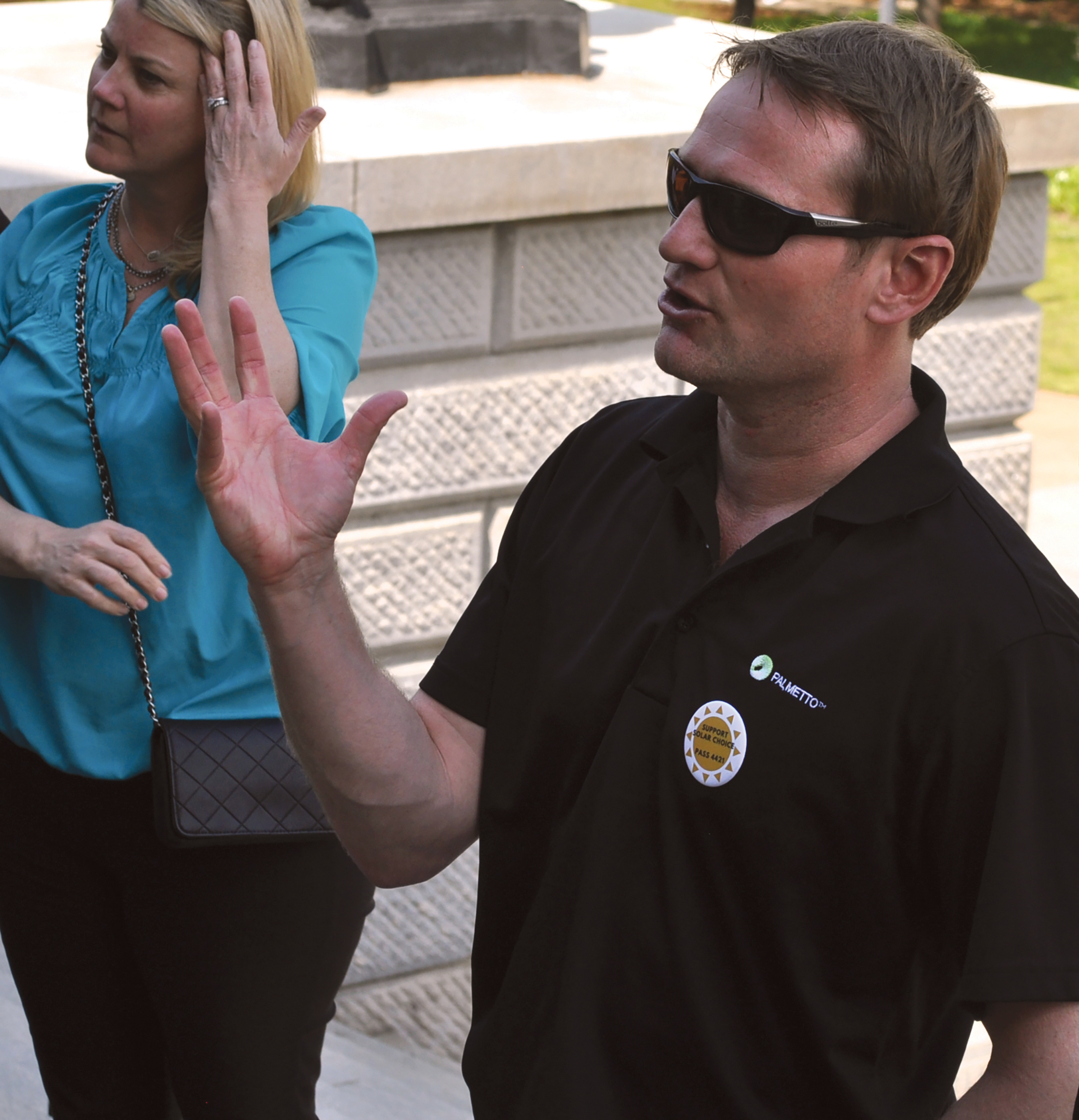 Chris Kemper of Palmetto Solar gave his employees the day off so they could drive up from Charleston to support the passing of legislation that would benefit consumers who use solar power. 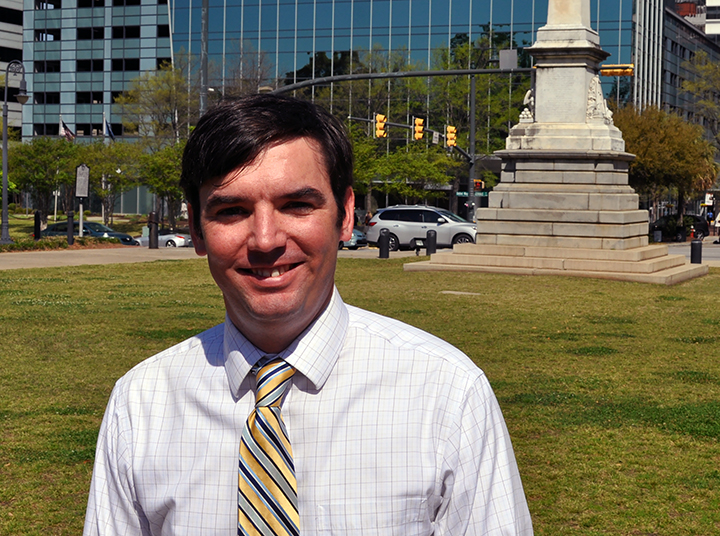 John Tynan organized a Tuesday State House rally to show support for solar jobs and clean energy in South Carolina. The rally attracted several hundred people, including those who work for solar companies and environmental activists. 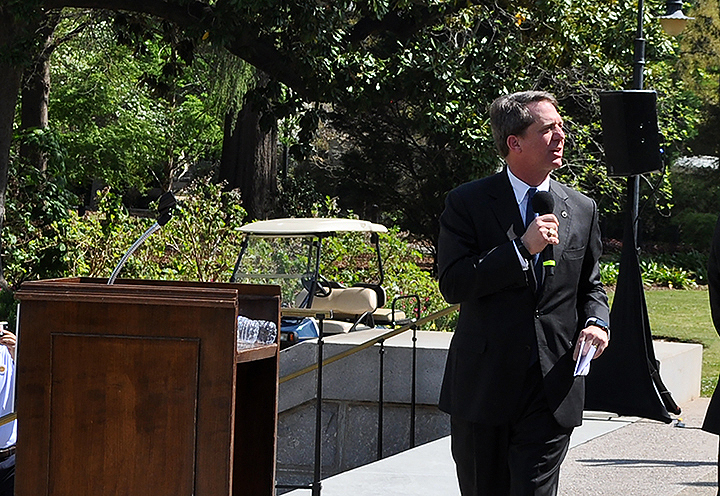 Rep. James Smith, D-Richland, turns to rally the crowd and show his support for the passing of solar legislation. 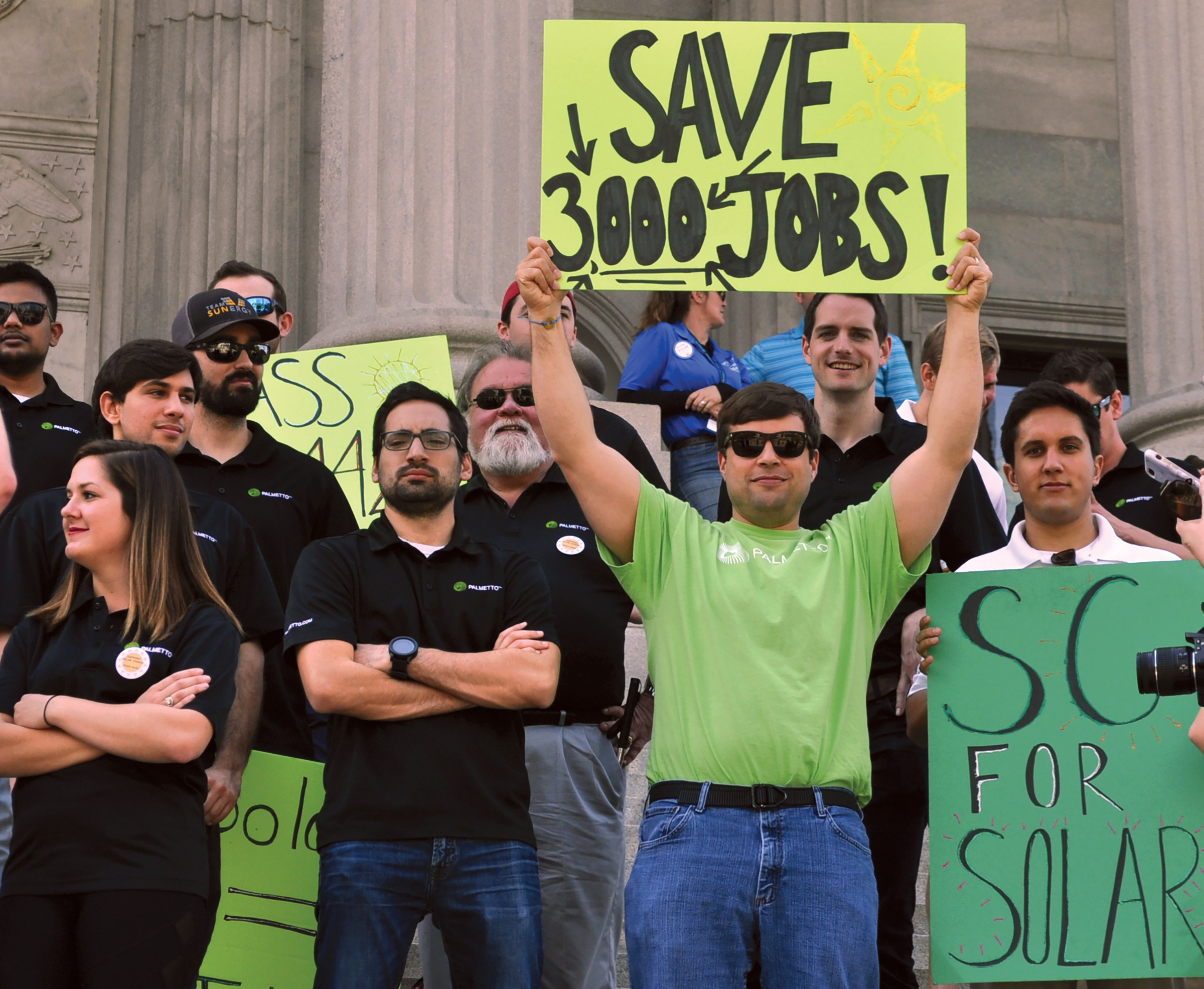 Solar advocates say nearly 3,000 jobs could be lost if South Carolina lawmakers do not pass a proposal that assists consumers who want to install solar panels and capture solar energy.

Hundreds of employees from solar companies all across South Carolina gathered on the steps of the Statehouse Tuesday morning at a solar energy rally to support the passing of legislation that would provide consumers more credit for using solar energy.

“We’ve been calling it the solar showdown,” said John Tynan, executive director of Conservation Voters of South Carolina. “There’s (House Bill) 4421,that’s a good bill on the House floor. There’s another bill, 5045, that is a rollback to solar advancements.”

Bill 4421, the Energy Consumer Bill of Rights Act, aims to raise the net metering cap on solar systems. Net metering is a billing mechanism that gives consumers credit for the power they send back to the power companies’  grid. Right now, the cap is set at 2 percent and if it isn’t raised, 3,000 jobs could be at stake because companies are threatening to leave South Carolina, advocates said.

The bill also protects energy consumers by expanding access to solar and not penalizing them for choosing solar.

Without the passing of the legislation, nearly 3,000 jobs will be lost, adding on to the 5,000 jobs lost due to the shutdown of a failed nuclear power plant project in Fairfield County. The VC Summer project was abandoned last August.

The rally started with chants of “Save Solar,” led by Rep. James Smith,D-Richland. He urged supporters to speak to their representatives to vote in favor of the bill.

“The rally today and just this whole movement around clean energy, it shows that clean energy is both good for the environment and good for business and these things go hand in hand,”  Tynan said.  “Everybody who has an interest in a clean energy economy and wants to see solar grow is here.”

The solar showdown is set to hit the floor either later this week. For more information, text MORESOLAR to 52886.