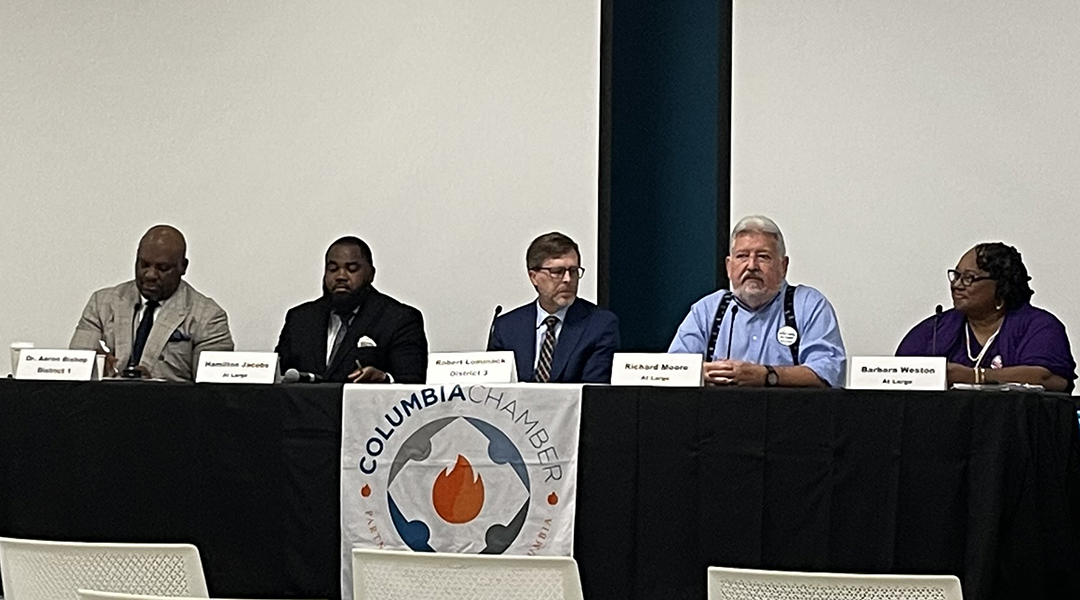 Three of the five Richland One board candidates at the Columbia Chamber of Commerce’s public forum said it’s time for a new superintendent.

The question of new leadership came up during the Tuesday meeting after some candidates accused the district of a lack of accountability and transparency.

“This is going to be a simple question – yes or no,” an audience member said to the five candidates. “Is it time for a new superintendent at Richland One?”

“Yes,” said Richard Moore, who is running for the open at-large seat.

“Yes, to the second power,” said Barbara Weston, who also is running for the at-large seat.

“Yes,” said Robert Lominack, a current board member who is running unopposed for the board’s District 3 seat.

The comments come after a failed board vote in July to terminate superintendent Craig Witherspoon.

The 5-2 vote came amid some parents’ complaints of excessive spending on school safety officers, according to a story by The (Charleston) Post and Courier. Lominack and Beatrice King were the two who voted to fire Witherspoon.

Witherspoon has been Richland One’s superintendent since March 2015. He was fired from his previous job in Birmingham (Alabama) City Schools, but a court overturned that before he resigned and then was hired in Columbia, according to Birmingham media outlets.

Richland One spokesperson Karen York on Tuesday touted Witherspoon’s achievements in an email to Carolina News and Reporter.

“We are proud of the many accomplishments that have been made in the district, including the highest-ever graduation rate (85.8 percent) and lowest-ever dropout rate (1.4 percent),” she said in the email. “We experienced growth in student achievement even during the COVID-19 pandemic.”

The chamber and audience members asked the five candidates a variety of questions. One question was what the school board’s responsibility to parents and the community is on providing a quality education and managing district funds and how the board should be held accountable for that. Candidates said that, if elected, they would prioritize transparency and accountability.

The board’s responsibility is to establish the district’s vision and oversee how the vision is implemented by administration, Moore said.

“It’s interesting that we’ve talked a lot about being transparent and having information,” Moore said. “Honestly, after having been in the district for 66 years, I’m not sure today that I even know what the vision is.”

Moore said boards members in a recent meeting could not say when the superintendent’s evaluation would take place, and that it’s the board’s responsibility to get information needed to make an informed decision.

“That’s not happening,” Moore said. “And as Barbara (Weston) said, that starts at the top. And if we can’t even be open about when — when we’re going to evaluate the superintendent, then I don’t know where the process goes from there. I don’t know how we trust in the process at all.”

Aaron Bishop, who is running unopposed for the board’s District 1 seat, said the superintendent has gone more than two years without a quarterly review. Bishop said that a review should take place in the next month or so and that the evaluation tools should be made public.

Weston said the evaluation should include measurable goals.

Lominack said he moved to terminate Witherspoon’s contract in July because he wants to keep the district from heading in the wrong direction.

“And we are,” Lominack said. “I think we need new leadership, a new direction, and that’s why I made that motion.”

The final question for the panel members was, if they’re elected and had a “magic wand,” what would they change?

Weston said she wants to change the culture of the district. Students and staff members across the board should feel secure in their positions, and they don’t, she said.

Moore said he wanted the board to come together and function as a team to try and do what’s best for the district.

Hamilton Jacobs, who is running for the at-large seat, said his wish is to not only change the climate and culture of the schools but to bring back the “village” mindset, referring to the phrase “it takes a village.”

“We need the village,” Jacobs said. “Those students (at Richland One schools) are looking for someone that wants — that knows they care, they love them, and that they’re going to be there.”

Richland One has 52 schools and 22,000 students in downtown and the St. Andrews and Lower Richland areas. 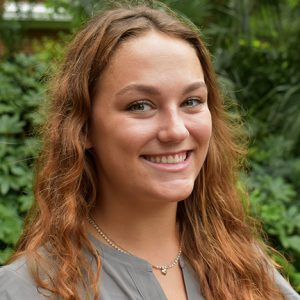