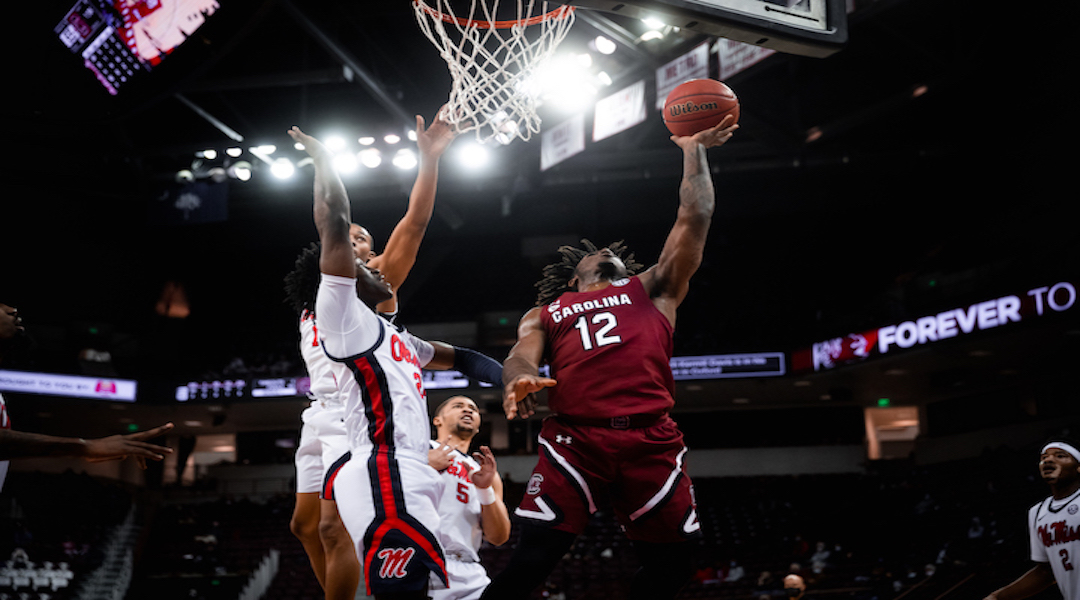 South Carolina dropped its only contest against Ole Miss this season by the score of 81-74 on Feb. 13. Photo courtesy: South Carolina Athletics

In a rollercoaster year filled with COVID and uncertainty, the Gamecocks are guaranteed at least one more game this season.

South Carolina will travel to Nashville to kick off its SEC Tournament this Thursday at 9 p.m. against Ole Miss, a team the Gamecocks previously struggled with at home in the beginning of February.

Despite losing eight of its last nine games, head coach Frank Martin is still finding ways to keep his team positive heading into the postseason.

“Life is all about being at peace and being confident. Well, the last 11 months have not allowed us to be at peace, and when you’re not at peace, it’s hard to gain confidence,” Martin said. “We’ve struggled to have confidence in what we do this year. We just have to figure out a way to be at peace for the next two days so we can have a completely different mindset than we probably had going into the Kentucky game.”

Known for its “Frank Martin defense,” South Carolina’s performance on that end of the floor has been a far cry from what this team has been used to in years prior, allowing more than 90 points in five of its last six games.

“As a team, we haven’t been connected as one to play the defense that we want to play because we’ve been getting beat a lot,” said A.J. Lawson, South Carolina’s star guard.

The Gamecocks may have gotten a lucky draw playing Ole Miss in the team’s opener as the Rebels rank second-to-last in the conference in points per game, a stat a struggling defense enjoys reading.

While that may be true, Ole Miss scored its highest point total in SEC play against South Carolina on Feb. 13, putting up 81.

The Gamecocks had no answer for Devontae Shuler, the Rebels’ star guard, in the first matchup of the season between these two squads, allowing 31 points to him alone.

Things may very well change the second time around, as that is surely a topic of emphasis by coach Martin, and Lawson is trying to speak that into existence.

“I feel like if we shut him down and limit his points … we have a great chance of winning that game,” Lawson said.

Another topic of conversation has been Martin’s coaching status beyond this season.

Since South Carolina’s Final Four run in 2017, Martin has failed to return to the NCAA Tournament and has won 17, 16 and 18 games over the last three seasons, taking a major step back from his early success with the team.

Approaching the conclusion of a six-win season, Martin still believes in the program and thinks it is salvageable in years to come.

“If you know anything about me, you know I fixed this program, and I know what’s not working this year, but the program ain’t broke,” Martin said. “Whenever I can hit the reset button, we fixed it once from a bad situation, and we’ll fix it again.”

Martin also wanted to make his intentions clear regardless of the university’s coming decision on his employment.

The team’s win total hasn’t been the only thing affected by the brunt of the pandemic either. Martin tested positive for the coronavirus twice, and the team had a stretch spanning almost a month between games in December and January because of cancellations.

With that, South Carolina never truly found its stride and was seemingly steps behind other teams they played without ever catching up.

“Winning and losing … is the last thing on the plate that we struggled with,” Martin said. “The fact that the world wants to judge us on our record, that’s their prerogative. We’ve had a difficult year.”

Whatever the future may hold for the coach, he is still looking forward to this year’s postseason – no matter how long it lasts.

“Whether you’re 21-0 or 0-21, the postseason is a different animal than the regular season. Your mind has to be in a place of excitement, not a place of concern, and that’s what I’m gonna be focused in on for the next two days.” 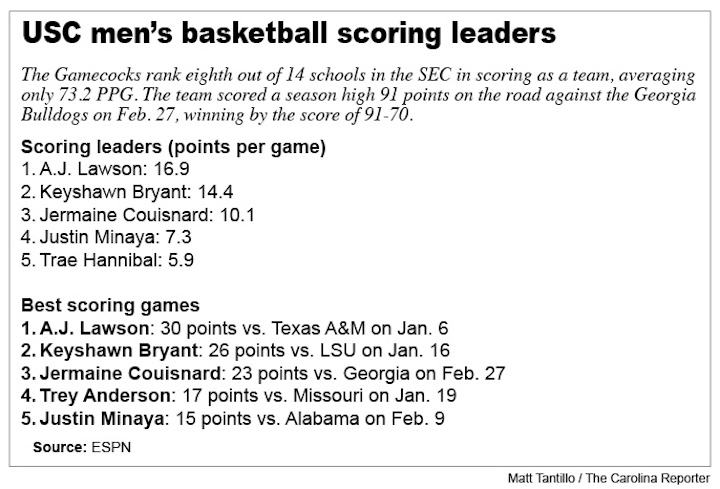