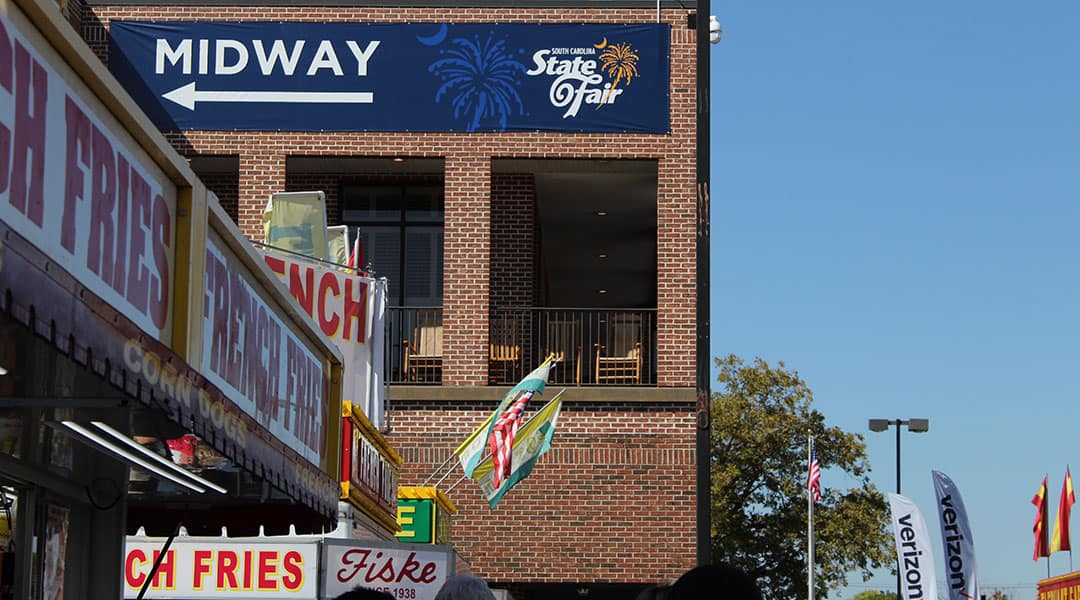 The S.C. State Fair runs from Oct. 9 to 20. The fair features live shows, food and rides like this Ferris wheel. Hayden Blakeney

By Hayden Blakeney and Lee Wardlaw

Cameron Medlin visited the South Carolina State Fair Monday with a group of friends. The second-year mass communications student at Lander University took advantage of free admission on College Day, a time that draws young people to the annual event.

Her friend Emmie Russell, a first-year student at Lander, said her favorite part of the fair is the food.

Medlin said that she also enjoys the food. “I love the french fries and lemonade,” she said.

The College Day promotion is scheduled when many South Carolina colleges and universities are on fall break, and is one of several days that offers discounts, such as Seniors Day and Kindergarten Day.

College students often take advantage of free admission, and this makes for the busiest day of the fair.

“I’ve already seen quite a few from my university, and we are like an hour and a half away,” she said.

College Day also benefits vendors due to increased foot traffic, which they hope will increase sales.

Matthew Schwartz, who works for the Lexington County Blowfish, a local collegiate summer league baseball team, said he is especially ecstatic about the college students.

“I’m actually a little worried that we’re going to run out of peanuts,” he said.

Schwartz said the baseball team’s stand is the only vendor selling boiled peanuts at this year’s state fair.

“Anybody getting in the fair for free then has extra money to spend on the fair,” he said.

Even though students don’t have to pay for admission, a day at the fair is not necessarily cheap.Alex Johnson, a 19-year old student at Winthrop University, said despite free admission, he still brought $80 for him and his girlfriend to spend.

“I wish that they would keep doing the free admission for college students so, like, it gets us here,” Johnson said.

George Kolias owns Bops Kettle Corn, a family company that he started while living in Tallahassee, Florida. He said Bops is the first vendor in the state fair’s history to sell the product, and that business has been booming all week. Kolias is familiar with the importance of marketing to students in this business, and expects increased sales from student day.

Before Kolias leaves, he said he’s hoping to bring some pointers back to his home state. He knows the importance of marketing to students because it’s important to the success of the fair in his home state. The Florida State Fair is held in Tallahassee and there’s four colleges in the area.

“In the last probably four to five years, we’ve been trying to cater to the students and every year, it’s gotten better and better,”Kolias said. 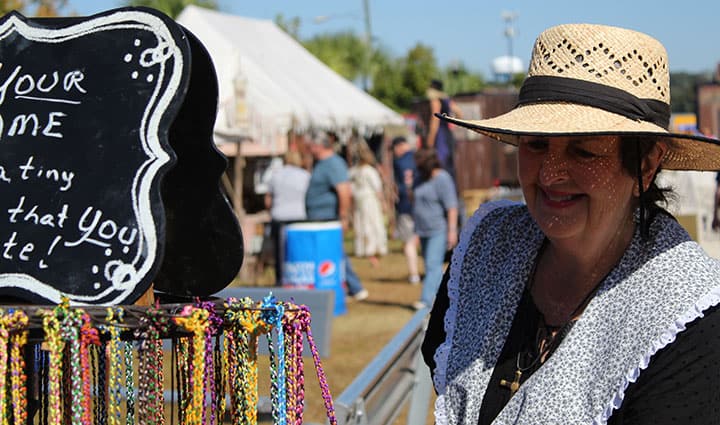 Beverly Gardner, wife of blacksmith Marvin Gardner, said she is enthusiastic about student day. “We love kids of all ages,” she said. Hayden Blakeney 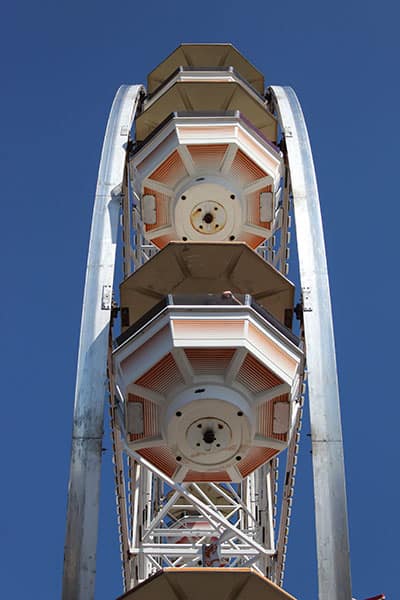 The fair celebrates its 150th anniversary this year, featuring special ride and food offers to mark the occasion. Hayden Blakeney 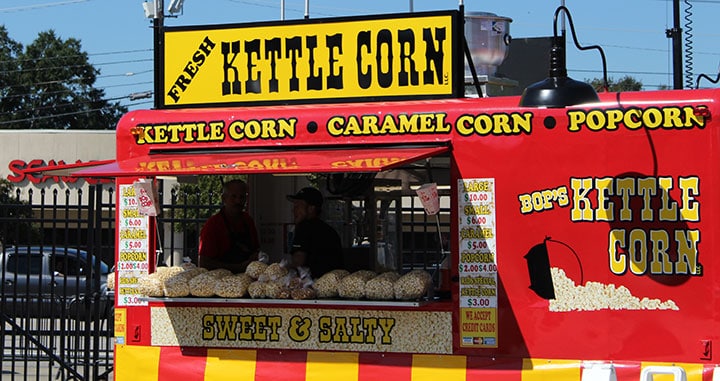 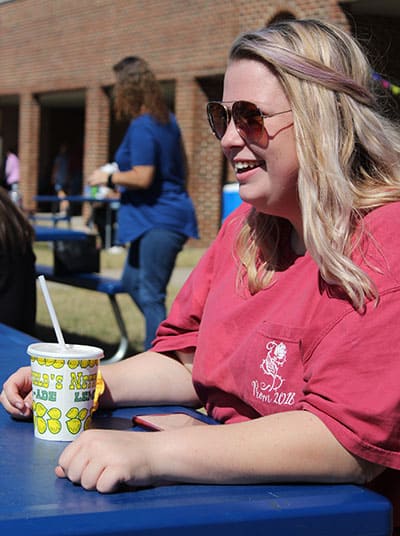 Cameron Medlin is one of several Lander University students who drove over an hour to take advantage of Student Day. Hayden Blakeney