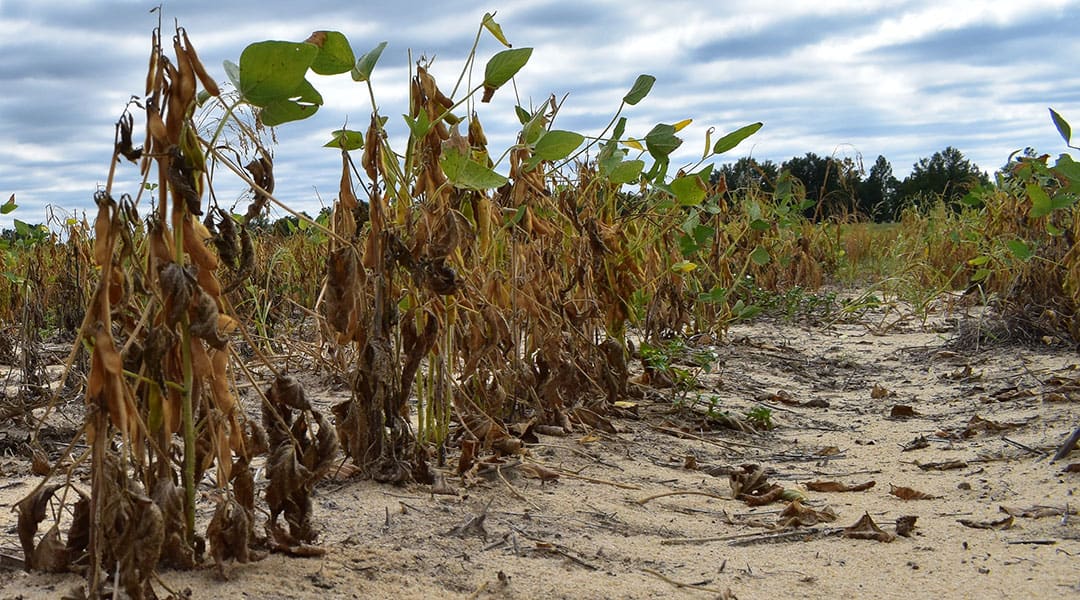 Though fall has just arrived in the Palmetto State, data from the U.S. Drought Monitor (USDM) suggests the drought that has been drying out the Southeast since late March is only intensifying.

As Columbia, S.C. closed out the fifth hottest September on record, the USDM moved parts of six S.C. counties, including Richland and Lexington, into the extreme drought category on Oct. 3.

The portions of Richland, Lexington, Kershaw, Calhoun, Orangeburg and Bamberg counties that have been moved to the extreme drought category currently make up almost 2% of the state.

The Drought Monitor is updated once a week and compared to previous reports, all levels of drought have expanded.

While abnormally dry conditions can lead to a short-term slowing of planting and growing crops, moderate, severe and extreme drought conditions result in frequent and widespread water shortages, and often lead to significant losses of crops and pastures.

“We are suffering very badly,” said Cody Bishop, the farm manager at the Sandhill Research and Education Center. “Even though we plant crops that should be tolerant to drought conditions, I would say we’ve lost over 50 percent of crop yields.”

Dry conditions and drought can also affect livestock, and the recent extreme drought classification will allow farmers with cattle on pastured land to apply for relief payments through the Livestock Forage Program, according to a South Carolina Department of Agriculture press release.

“When you’re not getting rain events, your pastures are depleting quicker,” said Bishop. “You’re depleting your hay fields quicker and you’re forced to feed hay earlier in the season. The grazing quality and quantity have reduced drastically with the drought.”

As South Carolina’s largest industry with more than 24,000 farms and a $41.7 billion economic impact each year, agribusiness depends on temperate conditions to be successful.

Though parts of the industry struggled last year due to impacts from Hurricane Florence, rains from Hurricane Dorian in early September ironically aided the industry by eliminating the drought in eastern South Carolina and allowing crops in the region to prosper despite the severe drought conditions felt elsewhere in the state.

Along with crop failure, areas in severe and extreme drought typically experience increased wildfire risk and boating limitations due to low water levels.

These conditions often prompt officials to impose water use restrictions on the regions affected.

Though there are now approximately 2,580,000 South Carolina residents currently in drought, state officials have not yet imposed water use restrictions and continue to monitor the situation.

While the chance for widespread rain remains low for at least the next week, the National Weather Service’s Climate Prediction Center currently indicates that South Carolina will have a 30 to 50 percent chance of above average rainfall in October.

Though rain may be a welcome sight for some, it may arrive too late to be meaningful for farmers growing crops in the driest parts of the state.

“Farms across many parts of the state are suffering the effects of hot weather and not enough rain,” said Commissioner of Agriculture Hugh Weathers in a press release. “Slightly lower temperatures this week should provide some relief, but this drought is tough on our South Carolina farmers.”

The Department of Agriculture encourages farmers to report drought conditions through their website, agriculture.sc.gov. 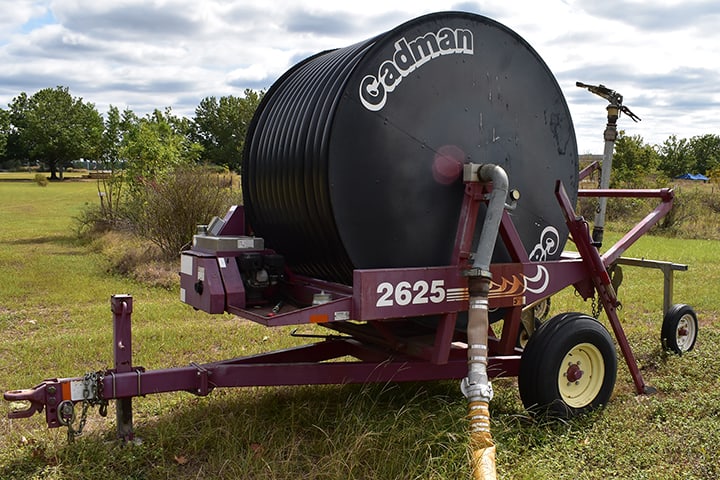 Farmers across the state are relying on irrigation devices like this one to nourish their crops. Many of South Carolina’s staple crops require a significant amount of water to flourish and struggle to grow even in moderate drought conditions. 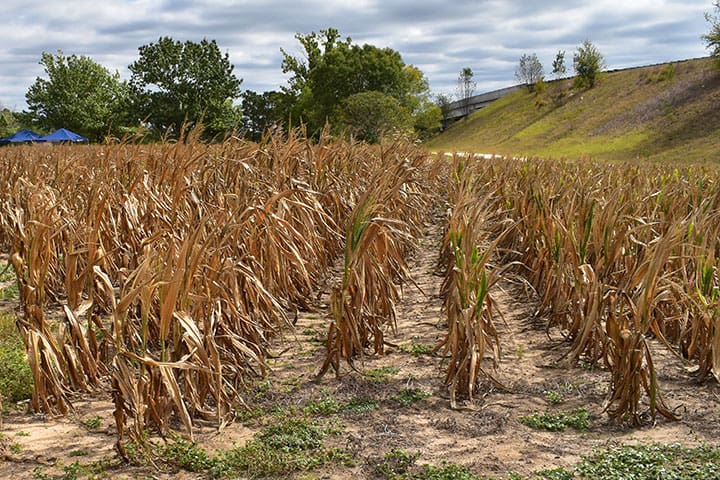 Corn is a warm-season vegetable that grows best when temperatures are between 60 and 80 degrees Fahrenheit. Because of the above average temperatures experienced in South Carolina this summer, there has been a decreased corn yield at farms across the state. 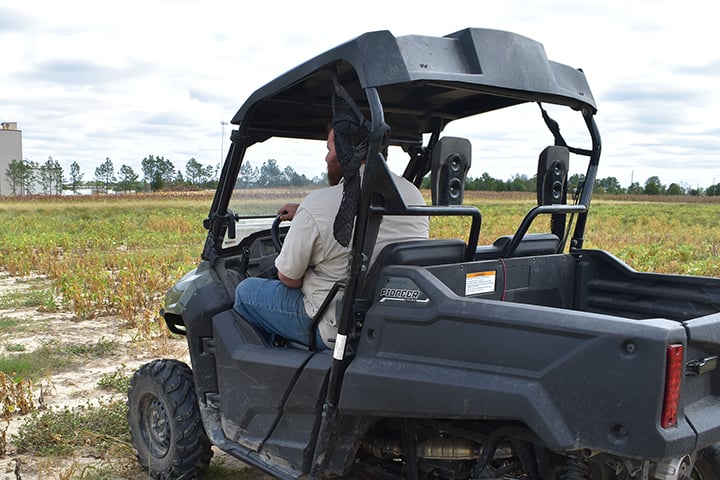 Like many South Carolina farmers, Clemson Extension farm manager Cody Bishop surveys the drought’s damage to his crops after weeks without rain. 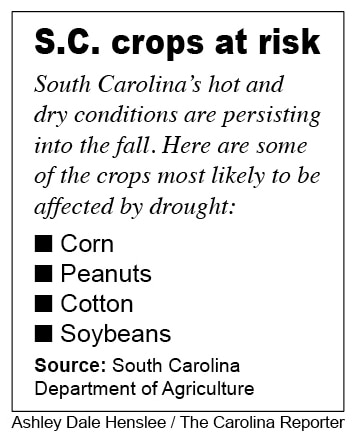