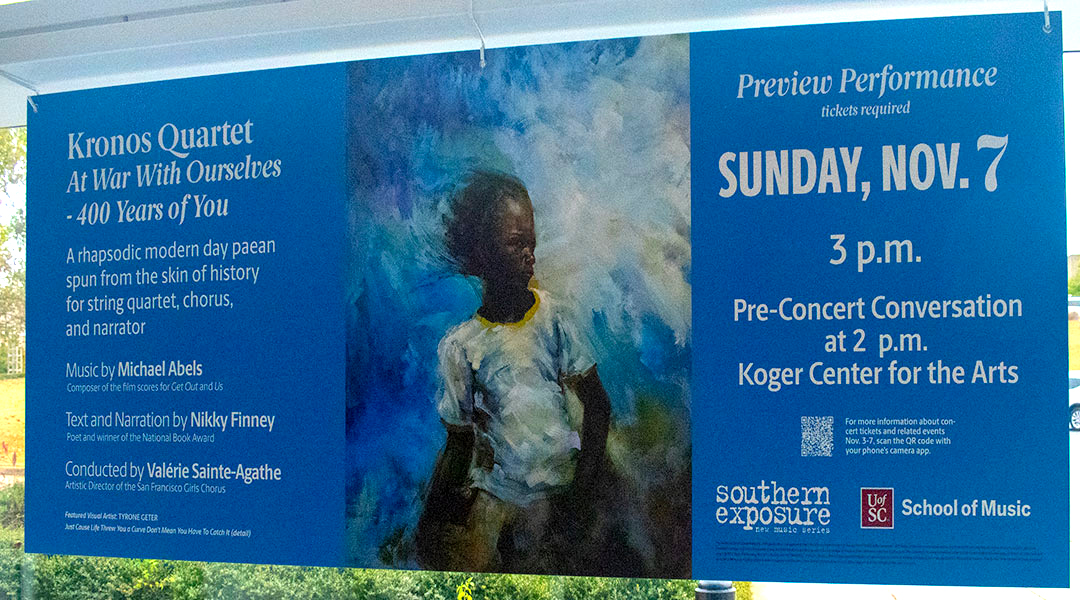 The Southern Exposure New Music series will present the Kronos Quartet along with Nikky Finney and Michael Abels performing the “At War With Ourselves – 400 Years of You” concert. Photo by Destiny Stewart.

In celebration of classical music, history and literature, the University of South Carolina’s School of Music is hosting the acclaimed Kronos Quartet, composer Michael Abels and poet Nikki Finney for its Southern Exposure New Music Series.

The week-long artist residency will come to a close Sunday at the Koger Center for the Arts with the preview performance of the quartet’s latest work, “At War With Ourselves – 400 Years of You,” which explores the African American experience in the New World.

Founded in 2001, the music series is a presentation of world and contemporary classical music, according to the series’ artistic director Michael Harley.

“There’s a tremendous amount of stylistic diversity that composers are writing with now,” Harley said. “The sky’s the limit in terms of style, so it’s really diverse kind of music that we’re looking at and selecting from to create (these) interesting concepts.”

After she was commissioned to write a poem by the Kronos Performing Arts Association in 2019,  Finney wrote “At War with Ourselves – 400 Years of You” that commemorated 400 years African presence in America.

The association then asked Abels, best known for scoring music for Jordan Peele’s critically acclaimed films “Us” and “Get Out,” to create a musical piece inspired by Finney’s words.

“Events in the past year or two have really brought home how much inequity there still is in society. [That’s why] this piece seems even more resonant,” Harley said. “When you pair Nikky’s text with music, it really serves to bring out the emotion of that text, and I think it makes it have even more impact.”

Leading up to the performance of “At War With Ourselves – 400 Years of You,” the Southern Exposure team created a week of events to get people involved.

“It was just a way for us to try and come up with some interesting ways to engage students and the Columbia community,” said David Garner, assistant director of the series.

As part of the event lineup, Garner gave an opening presentation Wednesday that introduced the Kronos Quartet catalog and its significance to the world of classical music.

“They’ve been performing for 48 years and doing incredible projects like this one and others, which are often related to social activism,” Garner said.

Other past events included a poetry night hosted by Finney and a film screening of “Us” at the Nickelodeon Theater followed by a panel with Abels. Students also got the chance to participate in a Kronos Quartet masterclass and hear from the executive director of the Kronos Performing Arts Association.

All of these events, including a Q&A with the program’s featured visual artist Tyrone Geter, are key elements to engaging the community.

“We’ve got poetry, history, an incredible music ensemble and a preeminent film composer,” Garner said. “We have all these amazing people, so let’s figure out some ways to make interesting events for everyone.”

Although there’s a small team of individuals making all of this happen, Harley said it will be worth the wait after the performance was previously cancelled because of the pandemic.

“It’s been a labor of love,” Harley said. “I hope this makes people take part in a conversation and think about our past, our present and our future.”

“There are going to be moments of great beauty in the piece … but it’s not only about the conversation, it’s about experiencing a really powerful new work,” Harley continued. “I think it’ll be a really positive concert going experience.” 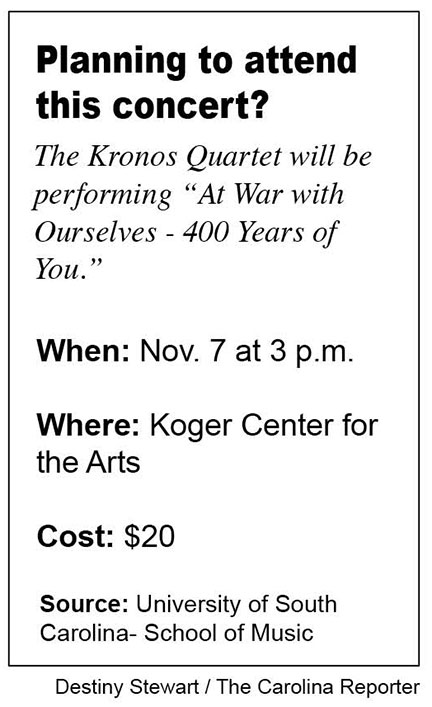 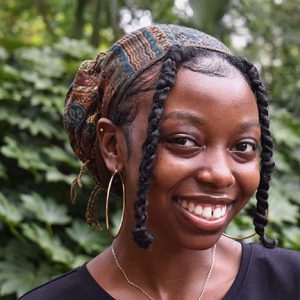