For the month of October, the South Carolina State Museum is getting a Wizard of Oz makeover. The museum, known this month as the Museum of Oz, is hosting a special Halloween event featuring interactive experiences and themed events.

The State Museum’s exhibits team recreated locations from the movie, giving visitors the chance to walk through their favorite parts of Oz.

“You get to walk through what we’re calling the Magical Maze of Oz so you get to see some of the scenes of the film in real life,” said Jared Glover, the State Museum’s public relations manager.

The 4-D theater will also show an abridged version of the classic film, combining the visual effects of the movie with sensory effects like vibrating chairs.

On Saturdays, the museum has the characters of the film stationed at different parts of the Magical Maze of Oz, starting with Dorothy at her home in Kansas, and ending with her trip back to Auntie Em.

This is the State Museum’s third year hosting the classic movie themed event, and Glover says the month-long experience gets better every year. His goal is to keep the event going as long as possible.

“Hopefully it’ll become a Halloween, or October, or fall tradition for us here at the State Museum,” said Glover.

Glover attributes the success over the past few years to an unmistakable bond people have with the movie.  Although the film came out in 1939, families continue to follow the yellow brick road and kids are just as familiar with the story as their parents.

As visitors near the end of the maze, they can even become one of the iconic characters from the film, the wonderful Wizard of Oz.

The Museum of Oz will be at the State Museum until Nov. 4. 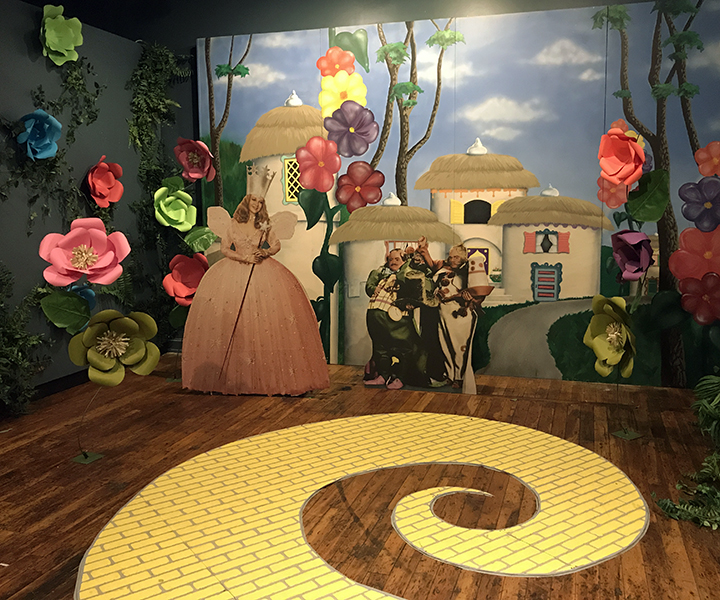 The South Carolina State Museum’s installation of the Museum of Oz exhibition shows scenes and characters from the classic movie, including Glinda the Good Witch and the munchkins.