After energetic decade, USC president is stepping down 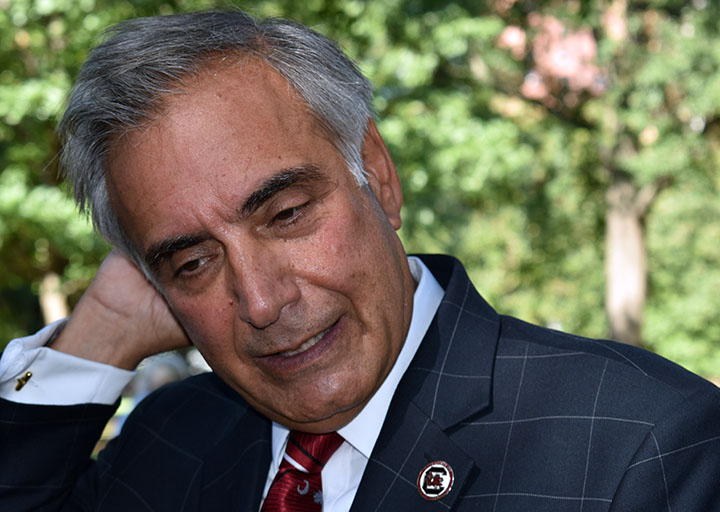 University of South Carolina President Harris Pastides said Wednesday he will step down in July after a decade at the helm of the state’s flagship university, a tenure marked by impressive building projects and tremendous growth in student population.

“We’d like to tell you today that we intend to move on to a new chapter of our lives,” Pastides said in an emotional finale to his State of the University address. With his wife Patricia Moore-Pastides at his side, he said, “We gave a lot to this community, in fact, we gave all we could, all we had. But…we also kept all that we gave.”

Pastides said that time for grandchildren, other family members and travel were some main factors in his decision to retire. The 28th president of USC, Pastides will have served 11 years as the head of the university by the time that he retires in July 2019.

Pastides’ presidency saw the USC student body increase by 25 percent since 2008 and the African American graduation rate increase by 17 percent. Pastides is also responsible for launching the most affordable bachelor’s degree in South Carolina, Palmetto College, and for creating the Graduate with Leadership Distinction.

“The success of the last decade has been unprecedented,” Pastides said. “But, let me be clear, I don’t want this to be the greatest period of progress for USC. I hope the next ten years is way better.”

USC has begun the search for a new president. The USC Board of Trustees will be responsible for finding the next president for the university.

The announcement of Pastides retirement came as a surprise to the student body.  The hashtag “#ForeverToThee” topped the trending list on Twitter for a brief time before settling to the number two spot for the remainder of the afternoon, as students expressed their fondness for the president who was a regular at football games and theater events and mingled easily among the college students.

“I’m sad that he’s leaving but I can understand that he needs some down time,” Lakeyia Brown, a recent USC graduate said, “It’s very respectful and understandable.”

Patricia Moore-Pastides will continue to teach her classes for the foreseeable future but hopes to be able to take her grandkids, who live in California, on a vacation. She hopes the downtime could inspire her to write another book.

During the next year, Pastides and his wife will continue to serve as president and first lady, appearing at sports games, making speeches and taking his signature selfies with students. After his retirement, the couple plan to take a hiatus from serving the university, but Pastides said they may return and be involved again in some capacity in the future. 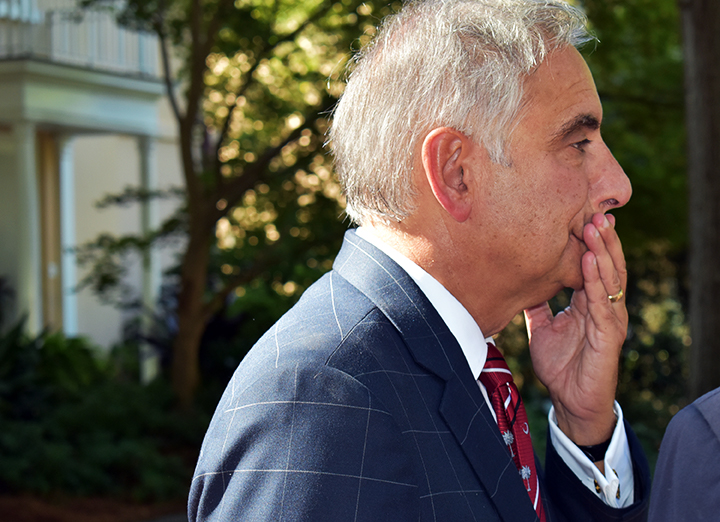 Harris Pastides has been president of USC for ten years, increasing the student body by 25 percent and creating new programs like the Graduation with Leadership Distinction program. 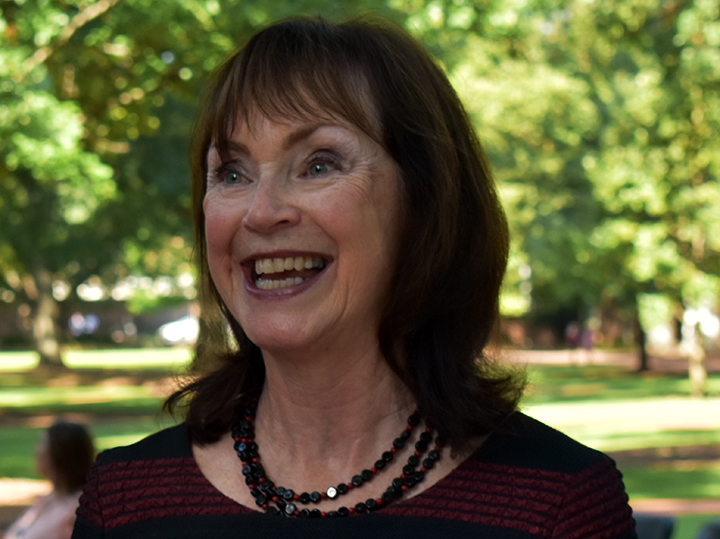 First Lady Patricia Moore-Pastides is looking forward to traveling and spending time with her husband and their family after the retirement. 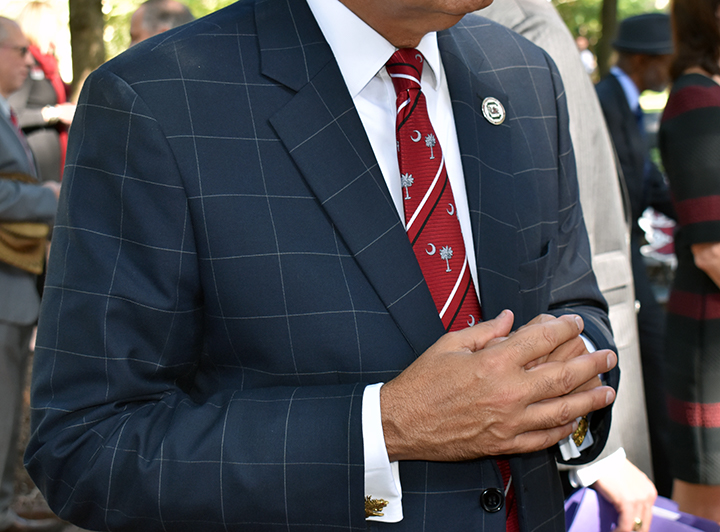 The USC Board of Trustees will begin the search for a replacement for Pastides. 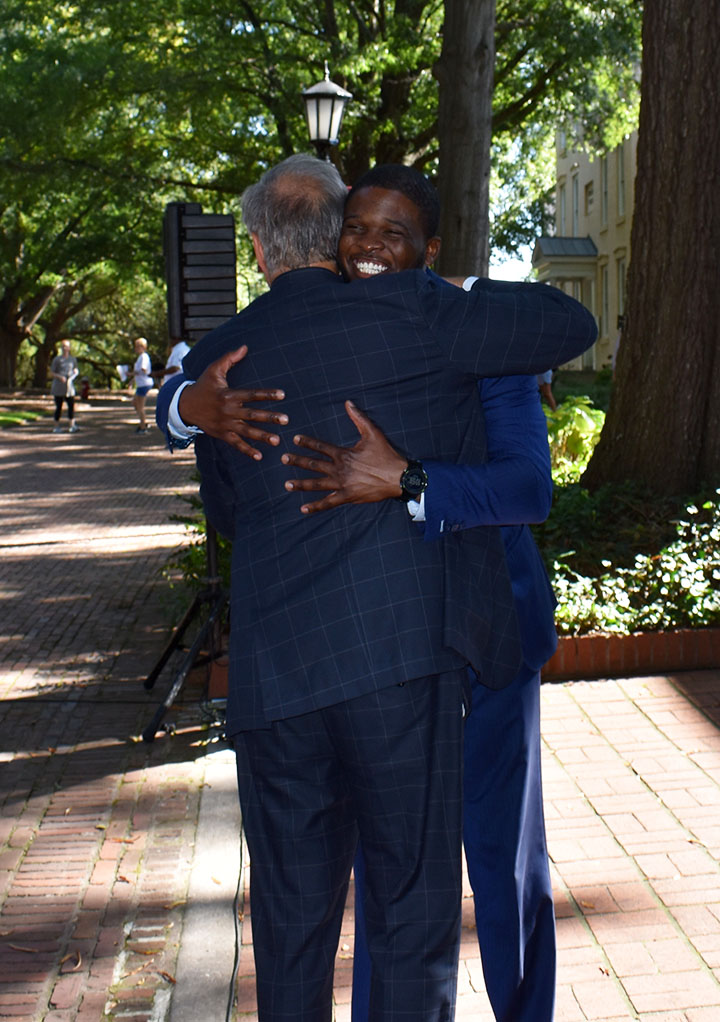 President Pastides gives a goodbye hug to Moe Brown, former USC football player, after the State of the University address 2018.