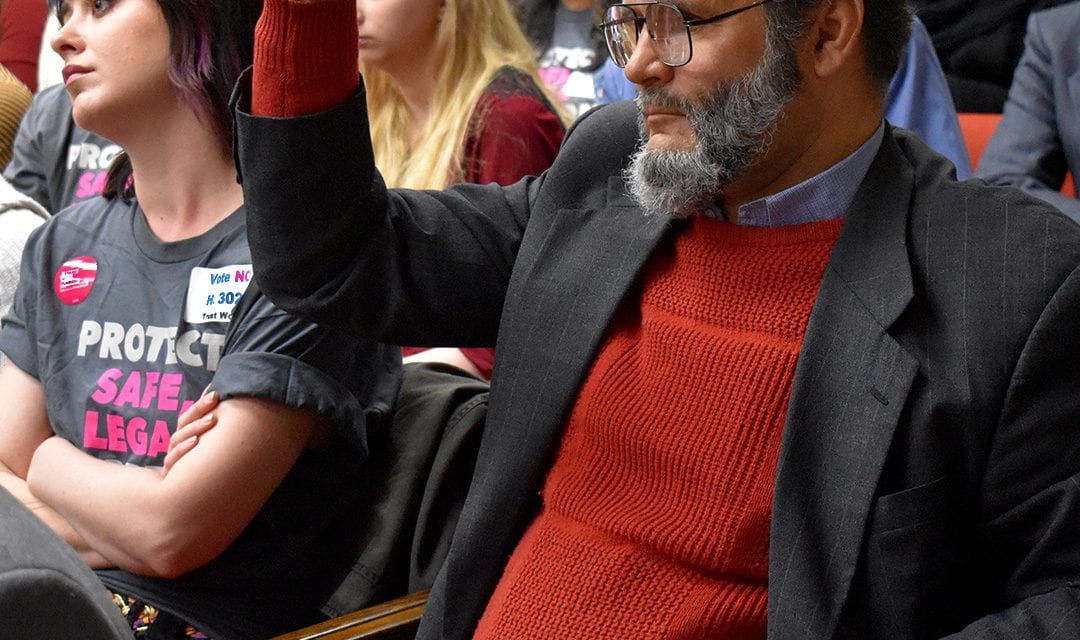 South Carolina lawmakers are once again looking to restrict a woman’s right to an abortion.

On Thursday, March 21, women and men from various backgrounds packed into a small room in the Blatt Building for a tense subcommittee hearing, as members of the S.C. House Judiciary Committee took up the newest and strictest proposal to limit abortion laws in South Carolina. The legislation, known as the “heartbeat” bill, would ban abortion once a fetal heartbeat is detected.

Tony Foster, pastor of Restoration Worship Center in Greenwood, said he supported the bill and shared a personal story of how his father died in a car accident, leaving behind his 17-year-old pregnant wife.

“My mother could have aborted me, but she didn’t,” Foster said. “Her thoughts were that her body was her body and my body was my body and that life began at conception. She was a born-again Christian. She wanted me to live so that I can change the world and I thank God for my mother who did that.”

Cimadon said she strongly disagreed with “women’s rights being trampled upon,” and detailed her experiences with women close to her who had abortions due to pregnancy complications.

“I had an older cousin who years ago had two still births,” wrote Cimadon. “The babies were dead in her womb after six weeks. She had no choice back then but to keep the baby until it expelled itself in a natural birthing manner.”

The proposed legislation requires that if a fetal heartbeat is detected, the physician must notify the mother and make a record of the vital signs, prohibiting abortions past that point. The bill only allows an abortion if a physician determines that a continued pregnancy will cause the health of the mother to decline.

A fetal heartbeat is normally detected around six weeks of pregnancy. At six weeks many women are unaware of their pregnancy.

Any women convicted of  having an abortion, or practitioners who perform abortions without justifiable cause, will face felony charges that could result in up to two years in prison and/or a $10,000 fine.

Although the heartbeat bill would deal a blow to abortions in the state, it is not considered a “trigger,” the kind of state laws preemptively placed on the books in case the U.S. Supreme Court overturns the Roe v. Wade decision that legalized abortion.

Abortion law proposals within the state have been gaining momentum. At the beginning of this year the South Carolina Legislature proposed an abortion bill which would extend due process rights to a fetus. The law was not passed.

Eme Crawford, director of communications and learning for the Women’s Rights & Empowerment Network, or WREN, said she sees a rise in more aggressive abortion laws.

“Years ago we saw a 20-week abortion ban pass,” Crawford said. “This is one of those things that we have to look at… what is the intent of these bills? If we want to make sure that we value all life, that everyone is living with freedom and dignity, these bills aren’t going to get us there.”

Crawford was one of many women present for the hearing and took a firm stand in opposition of the bill because she believed it stifled a woman’s decision about when and how she could start a family.

Dr. David Sealy, a physician from Greenwood, supported the legislation and spoke about his experiences helping thousands of women give birth in Africa, Colorado and South Carolina.

“When I graduated from medical school, I took the Hippocratic Oath. Part of which said that it was my duty and my oath to protect the life of the born and the unborn,” Sealy said. “I took that seriously. I believe that life starts at conception and the first objective, visual sign of life is a heartbeat.”

After nearly two hours of testimonies, the House committee ran out of time to address all the citizens who had signed up to speak for or against the bill. No action has yet been taken in committee and two lawmakers, Rep. Thigpen, D-Columbia and Rep. Wheeler,D- Bishopville have requested to have their names removed as sponsors of the bill. 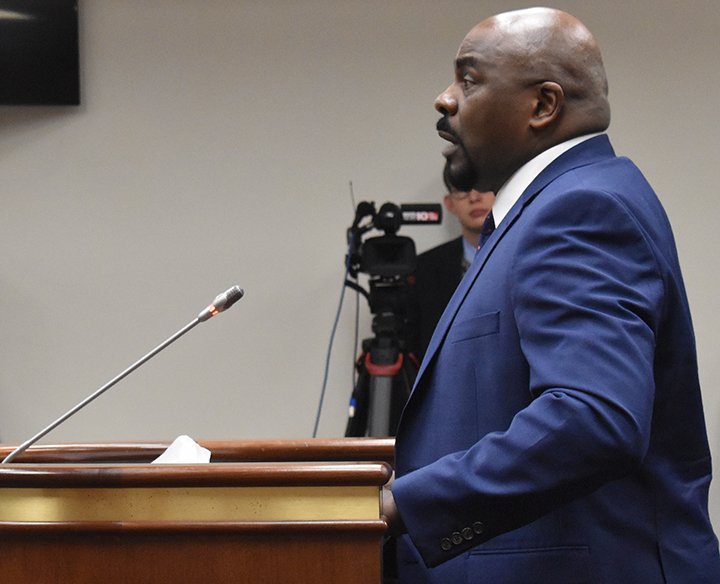 Tony Foster, pastor of Restoration Worship Center in Greenwood, said his mother’s Christian faith kept her from aborting him. He supports an anti-abortion measure in the legislation known as the “heartbeat” bill. 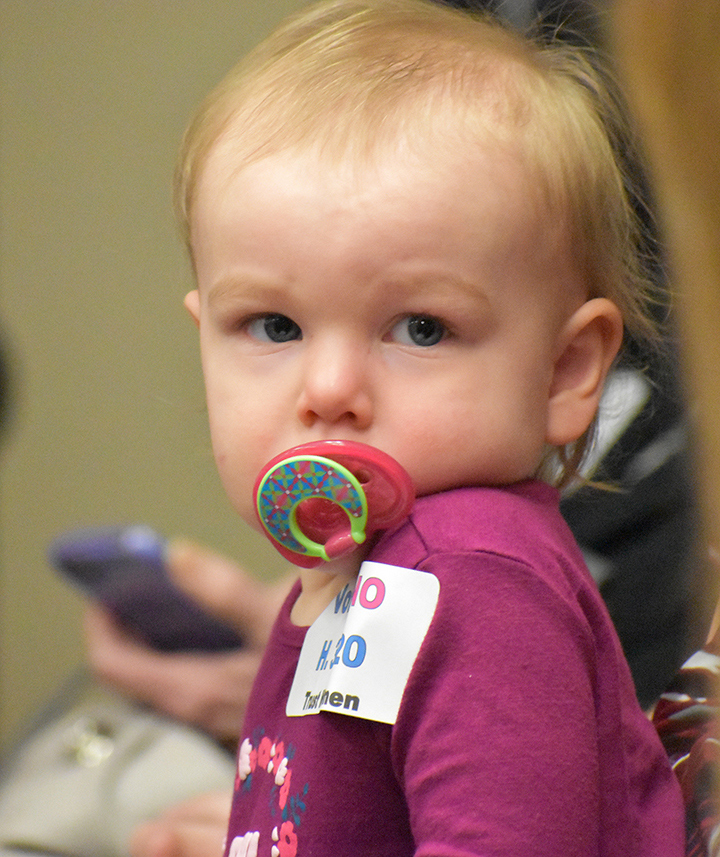 Katherine Goforth, daughter of Melissa Goforth of Lexington County, was spotted with a “Vote No H. 3020, Trust Women” sticker. Katherine’s mother opposed the bill and wanted to provide her daughter early exposure to the fight for women’s rights. 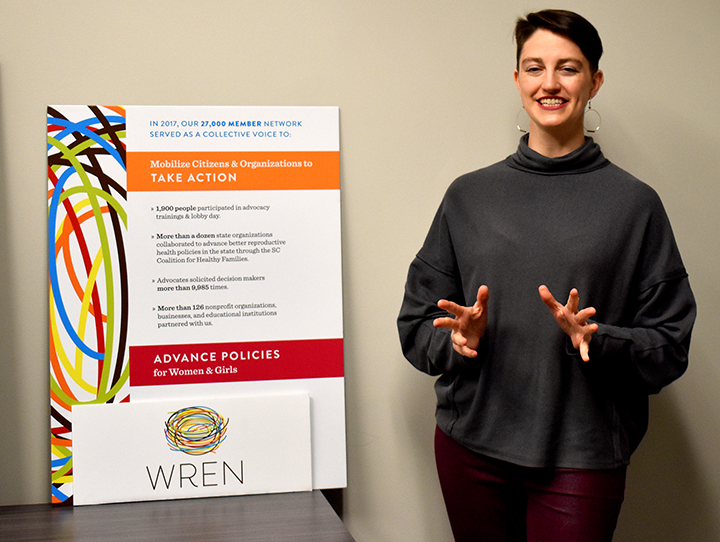 Eme Crawford, director of communications and learning for WREN, believes the heartbeat bill would infringe on a woman’s right to decide when and how she starts a family. 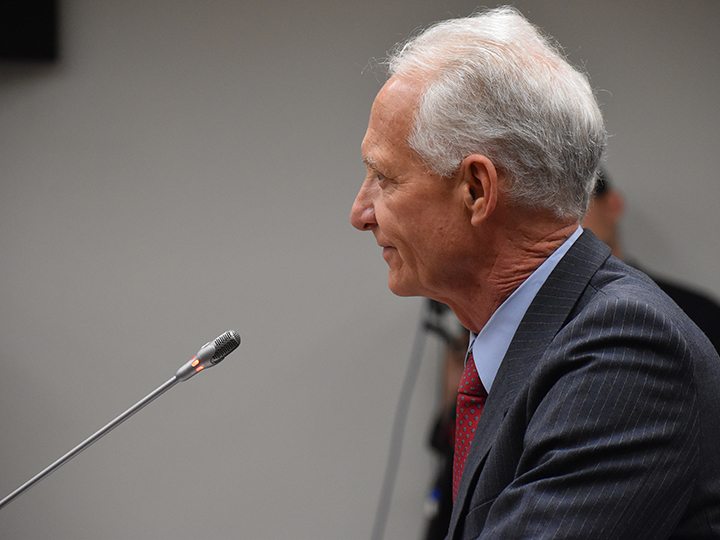 Dr. David Sealy stated that the Hippocratic Oath he took in medical school would not allow him to perform abortions. 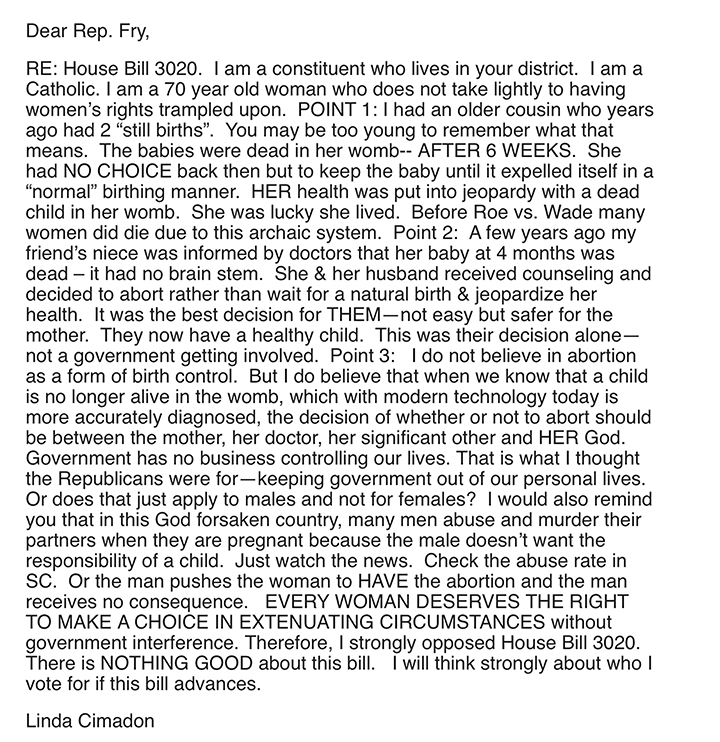 Linda Cimadon, a 70-year-old Roman Catholic woman from Murrells Inlet, wrote a letter to her representative in opposition to the heartbeat bill.