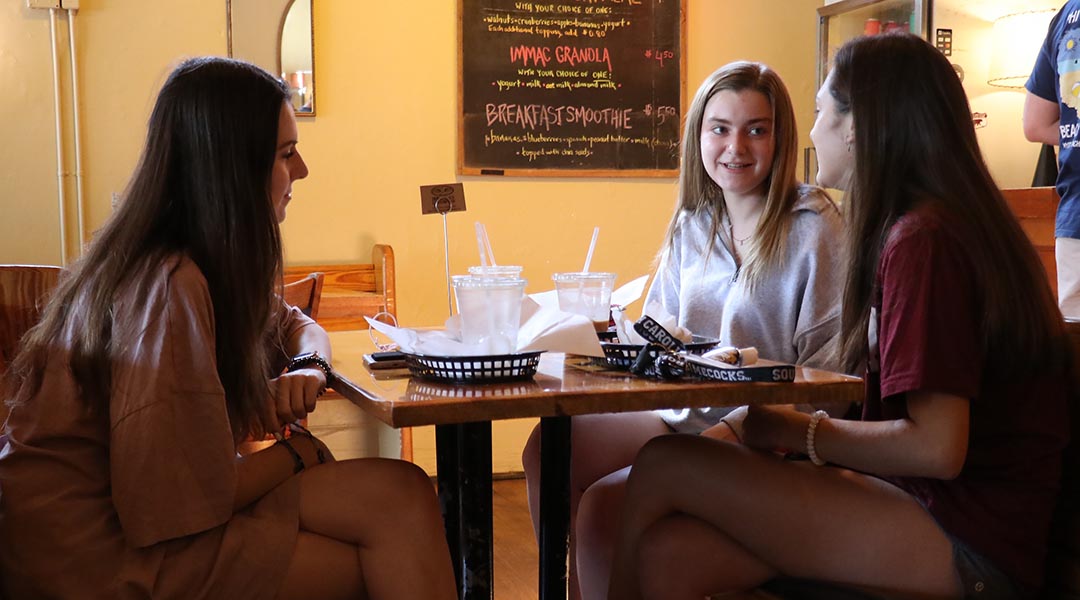 Taylor Ringlet, left,  along with her roommate Jessie Cobb, right, and friend Samantha Hoffman react to the news that President Trump and First Lady Melania Trump have tested positive for the coronavirus.

Trump tweeted early Friday at 12:54 a.m. that he has contracted COVID-19 along with his wife.

Tonight, @FLOTUS and I tested positive for COVID-19. We will begin our quarantine and recovery process immediately. We will get through this TOGETHER!

“He wasn’t taking care of himself,” Bill Stacey, a Columbia resident, said. “He wasn’t wearing the mask. He didn’t plan ahead. I think it surprises him that he’s got it too.”

Stacey said he thinks Trump will be able to recover from COVID-19, but is hopeful it will not affect him getting re-elected.

“I definitely think it is ironic ‘cause he has made such a big deal of this,” Cobb said. “I think the way he handles it is going to affect how his supporters see it.” Cobb wondered aloud if  “they somehow miraculously come up with a cure now that he has it.”

“I thought it was pretty ironic and a little bit funny,” Ringler said. “I know that sounds kind of bad just because he doesn’t really believe in it. I don’t want him to die or anything.”

“It was honestly really surprising to me at first,” Hoffman said. “I was shocked to see that just because it kind of seems like it hasn’t been affecting very many politicians as much anymore.”

Chauna Charr, a 27-year-old West Columbia resident, said her initial thoughts focused on the people who aren’t convinced the virus is real. She said perhaps they would take it more seriously now that Trump is diagnosed.

“I did laugh,” Charr said. “I got a text from my friend this morning with a Twitter meme that was circulating. I usually read the Skim in the morning so I read that happened and I was just like ‘alright, okay.”‘ 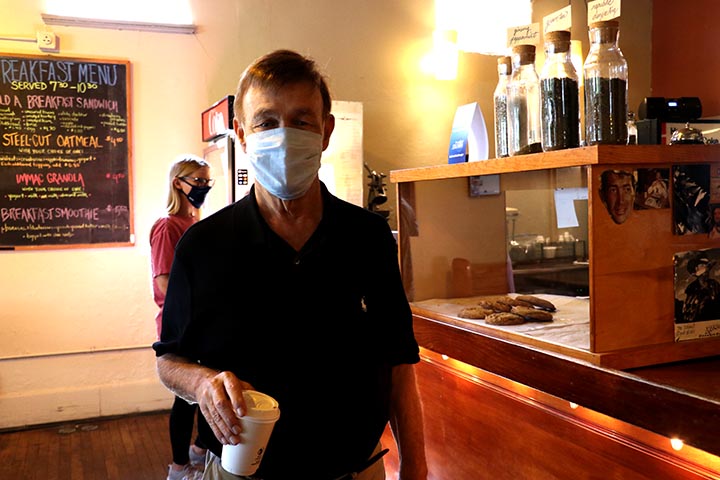 Bill Stacey picks up his food and coffee at Immaculate Consumptions mid-day. 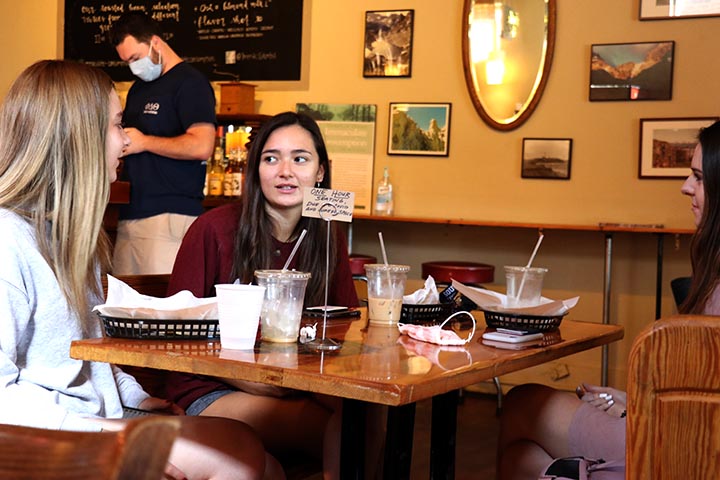 UofSC students at a coffee shop located on Main St. in Columbia, SC. 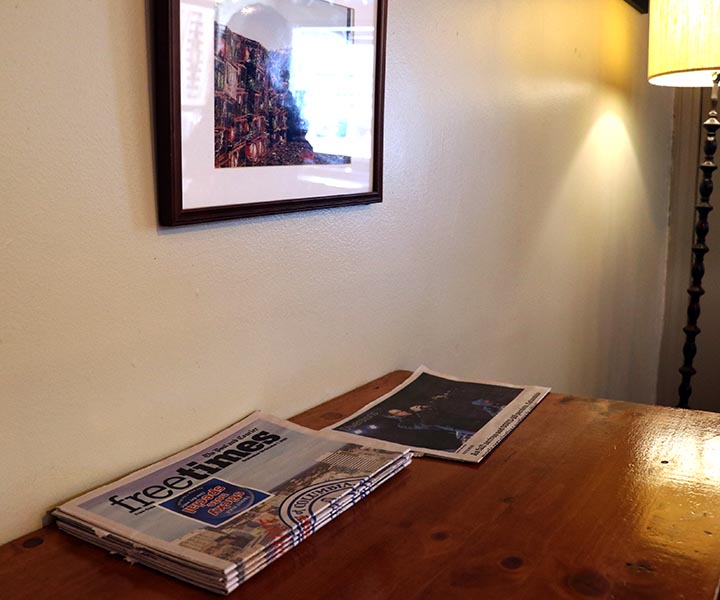 Newspapers on the wooden bar across from the counter at Immaculate Consumption.