The Carolina Gentlemen sing their hearts out 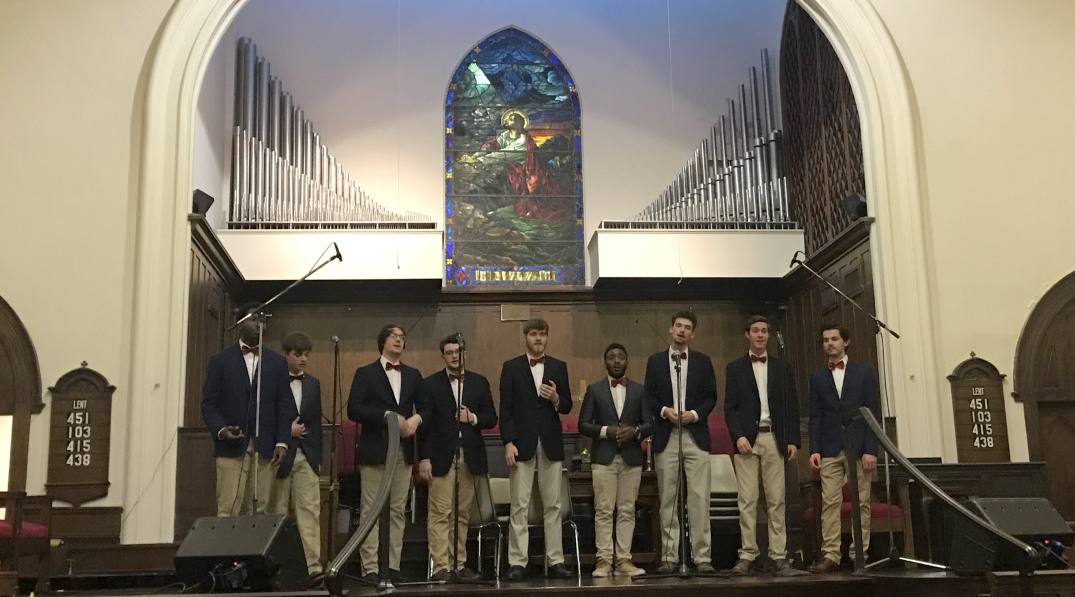 The Valentine performance consisted of fifteen love songs, which the Carolina Gentlemen sang on the alter to an excited audience in the pews. 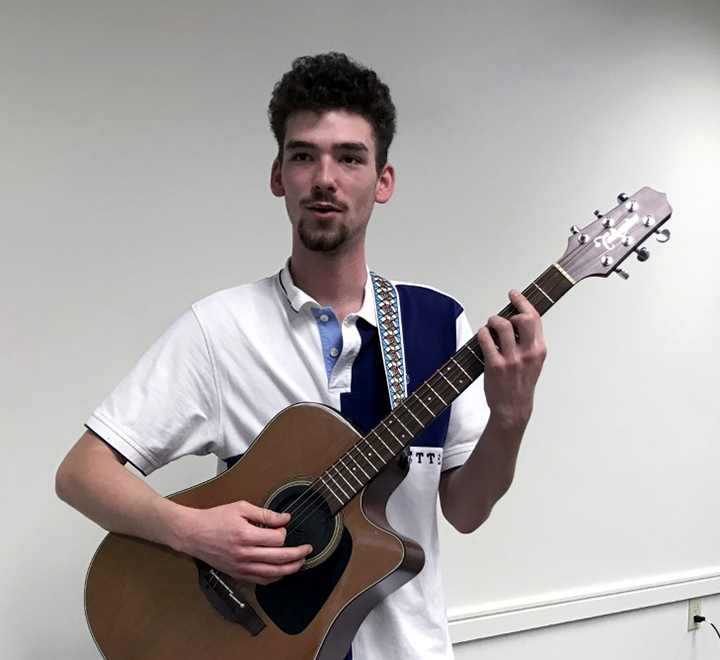 Carolina Gentlemen member, Tristan Shaffer, practicing for his solo in the Valentine performance, his was one of the only numbers that included an instrument. 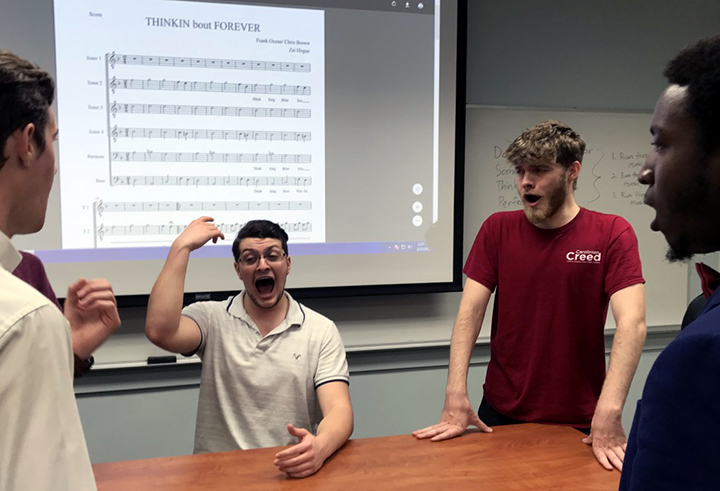 The Carolina Gentlemen practicing the song “Thinkin Bout Forever” for their Valentine performance; they meet for practice twice a week. 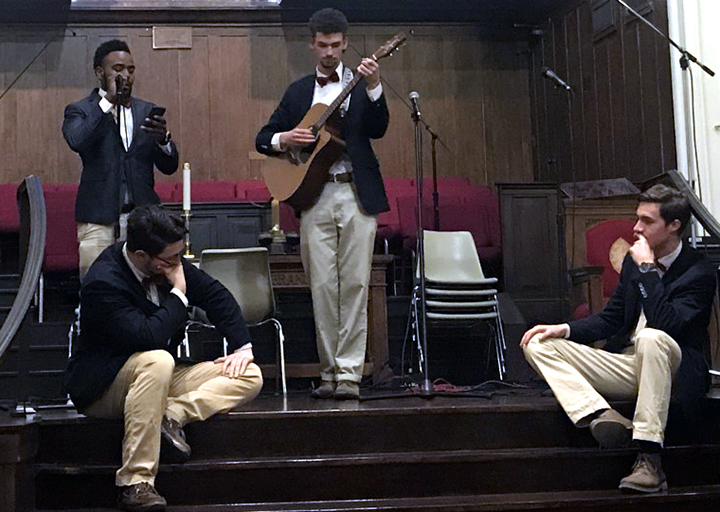 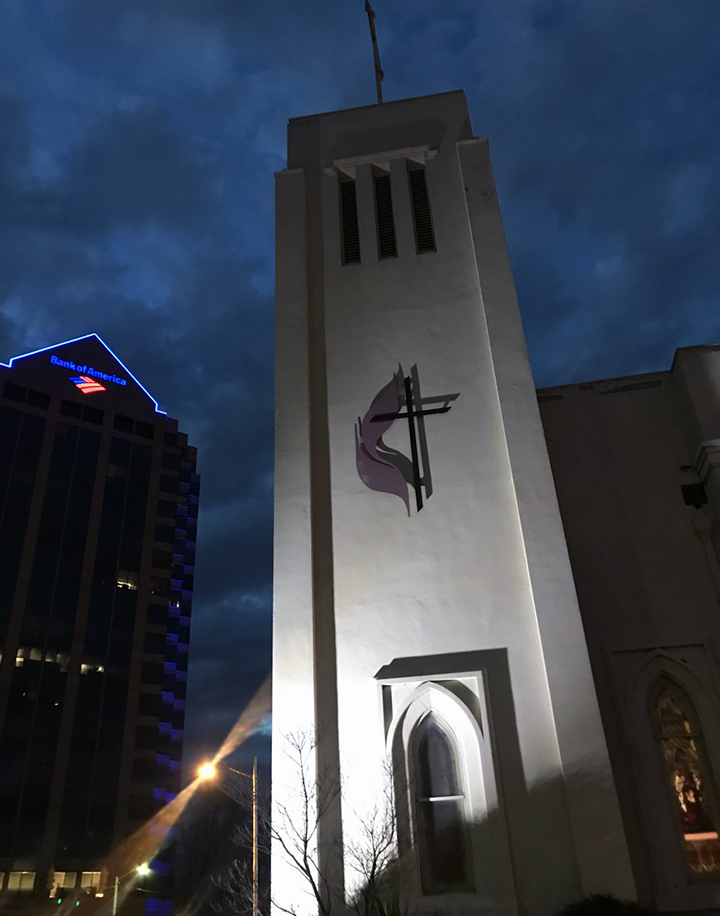 It was the group’s first show of the semester, known as their traditional Valentine performance. The show consisted of a variety of love songs including oldies, pop hits and songs written by the members. The nine members perform a few times each semester. Jackson Maris, the vice president and musical director of the Carolina Gentlemen, said that their popularity is growing on campus and around Columbia.

“(USC) President Pastides invited us to sing for him at least three times last semester, as well as the board of trustees. We were also invited to perform at the Carolighting event at the statehouse, to sing Christmas songs when they lit the tree,” Maris said. “That was a big deal and an honor for us.”

Along with invitations from the city, they take the stage at homecoming events and philanthropy events for campus organizations. They are also known to team up for performances with the USC female group, the Cockapellas.

During auditions, the members were each warned about the level of commitment they would need to dedicate to the Carolina Gentlemen. The group has a two-hour practice twice a week, and as a student-led group, members are responsible for scheduling, finances and performances.

“We have a lot of commitments, we do a lot of performances and I got thrown into the deep-end,” he said. “Most groups make you wait a few months until you can perform in concerts but I had a concert six days after I joined. But I am adjusting well and I love it.”

The next big performance they are looking forward to will be their spring concert in April.

“The Spring Concert is something we look forward to every year. Our practices will start to focus on that, picking out songs and rehearsing them. It is really fun to prepare and await the reactions from the crowd in April,” Maris said.

With a group this talented it is hard to imagine that they would pursue anything other than a capella, and some of the members are in the music school at USC. However, some of the members are pursuing careers outside of the music world. Their majors range from biomedical engineering to topics such as criminology and exercise science. Maris, a math and statistics major, said the Carolina Gentlemen is a way for them to be involved on campus and have an outlet to express their talents, and create strong bonds.

Robert Wilkinson has been a member since 2014, making him the most experienced Carolina Gent. He said that he had his heart set on attending University of Georgia until a visit to USC his senior year of high school when he saw the Carolina Gentlemen perform. He said the group was the reason he came to USC, and a big part of why he loves this school so much.

“They were the first friends I made at USC, and they have been my family for the past four years,” he said. “I am excited to graduate but I’ll miss the gents.”