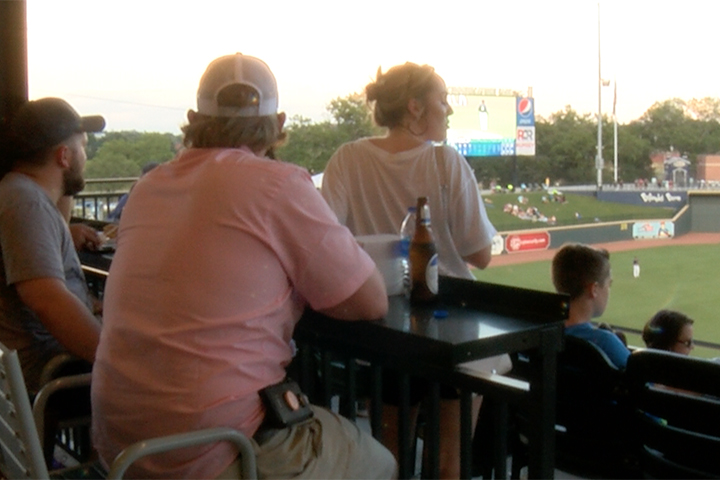 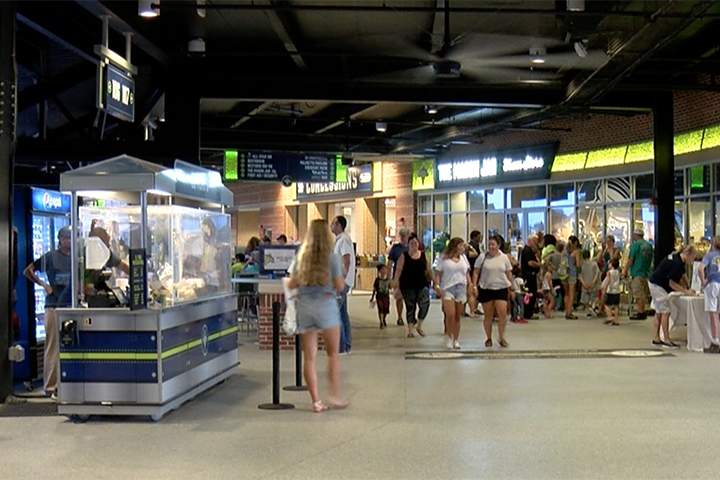 Game goers walk through concourse in between innings.

The Columbia Fireflies annual Fourth of July game will put on a large firework display and drink and kid’s area deals.

Last year, nearly 10,000 people attended the annual game, according to a team representative. The firework show at the end is twice as large as a typical weekend game show.

The Fireflies have been at Spirit Communications Park since 2016, and the crowds just keep getting bigger. Fans come for the baseball, but a lot of work goes into planning what happens in between innings.

“I think that we’re known for family fun entertainment. I think it’s what people look for here,” Naas said, adding “We specialize in the entertainment aspect because that’s what we can control.”

Many locals are fans, including City of Columbia Mayor, Stephen Benjamin. He often attends games with his daughters and the rest of his family and really enjoys it.

“To be able to engage in the wonderful, family friendly, affordable experience that the entire city and the region can enjoy is edifying.” Benjamin said, adding that when attending a game, it’s important to remember that “we have good local food here.”

In the end, Naas wants everyone who attends a Fireflies game to have a great time even if they don’t love baseball. Tickets to the games start at $5 and gates open at 4:30pm.

The next Fireflies game is on Wednesday, July 4.