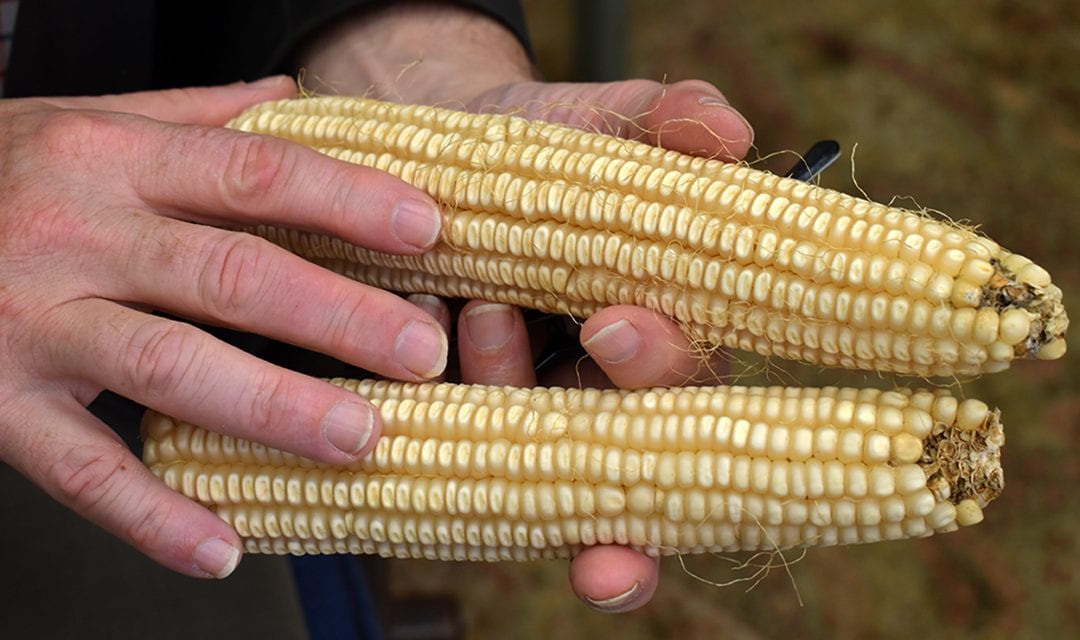 Before David Shields became an expert on lost food ingredients  and the celebrated “flavor saver” of the American South, he didn’t even like the taste of American food.

“I spent the first years of my life in Japan because my dad was in the CIA,” Shields said. “My entire taste palate was based on Japanese food, not American. I was five or six years when I left Japan and showed up in America in the later 1950’s…and I really didn’t like American food. It wasn’t until I went to college at William and Mary and got to taste old-style Southern cooking that I encountered a kind of food that had the integrity of Japanese food.”

Now, Shields is chairman of the Carolina Gold Rice Foundation, an organization created to preserve local food heritage. He is a distinguished professor in the University of South Carolina’s College of Arts and Sciences and a scholar in many fields such as Russian piano music and American literature.

In the South he is most known as the “flavor saver,” a title bestowed upon him due to his work locating “lost” plants and flavors used in southern — particularly Lowcountry — cuisine.

Shields’ southern flavor saving was initiated by a revival of old recipes in the southern culinary community in the 1980’s. Dishes were being created using old recipes — but their flavor just wasn’t the same. Soon, professionals realized that the ingredients themselves tasted different than the regional fruits and vegetables of yesterday due to modern, repeated breeding of seeds for portability, disease resistance and other factors.

Resurrecting these heirloom flavors proved difficult, and Shields was tapped by heirloom grain miller Glenn Roberts to begin the search.

From 2003 to 2006, Shields scoured historical seed catalogues, plantation records and other agricultural materials in Thomas Cooper Library with a list of 45 lost ingredients used in southern cooking. Today, all but four ingredients on that list have been re–discovered.

“I figured it would be two months of looking in the library and I would be eating free meals for the rest of my life in restaurants in Charleston, but what I had done is sort of wandered into a deal with the devil,” Shields said. “When you engage in this kind of inquiry, you just don’t study one thing. For example, you have to understand not only how corn works on a farm but how it works in the human digestive system, in the market and in the restaurants.”

While Shields was building the list of missing ingredients, he and others formed the Carolina Gold Rice Foundation to spearhead the search. They brought in scientists, geneticists, plant entomologists and other experts to examine the science behind seeds of heirloom plants like Cocke’s Prolific corn, the Bradford watermelon and purple ribbon sugar cane.

However, looking for lost flavors involves more than science. Shields has also ventured into various areas of the South and beyond, looking for samples of heirloom crops on farms. Through this agricultural sleuthing, Shields soon learned to integrate himself into the local agricultural community, building trust and credibility with farmers.

“If I look like just another character dressed up in khakis, I get dismissed easily,” Shields said. “You have to have a persona and a role that you fulfill for these people. It was much easier for Albus Dumbledore to operate in a magical world when he had his beard and his wizard robe than when he was wearing a three-piece suit.”

Working to build trust with farmers has led to a revival of sorts for many of the ingredients that have been rediscovered due to Shields’ work. For instance, when looking for the Hicks mulberry tree, Shields and his colleagues found nine of the trees growing wild. Now, the trees are being cultivated throughout the South.

Shields’ work with lost ingredients has led to widespread success. He has authored well-received books on the topic including “Southern Provisions: The Creation and Revival of a Cuisine” and “The Culinarians: Lives and Careers from the First Age of American Fine Dining,” featured on the PBS series “Mind of a Chef.” Most recently, he was chosen to give a TED Talk at the TEDxUofSC event on Oct. 9.

“We wanted to use TEDxUofSC as a platform to share ideas of our community’s best and brightest,” Katherine Dyke, USC’s integrated communications strategist and the director of the TEDxUofSC event, said. “Shields was selected as a speaker for his research… He was integral in bringing to light just how many crops and ingredients of the Southeast’s traditional foodways had been lost through the years as a result of economic, political and cultural forces.”

Although nearly all of the ingredients on Shields original list have been located, he and the Carolina Gold Rice Foundation have not ceased their work. The foundation holds meetings regularly, and Shields continue to work with identifying an spreading regional heirloom plants.

“The traditional flavors and the food of a place is a form of community, home, identity,” Shields said. “But flavor actually means something more than that. Good flavor, wholesome flavor is a signature of nutrition. People can taste the difference between the standard commodity forms and the heirloom or land-raised forms. Flavor isn’t just a salable feature, its actually the signal that a plant contains the chemistry a human needs in order to thrive.” 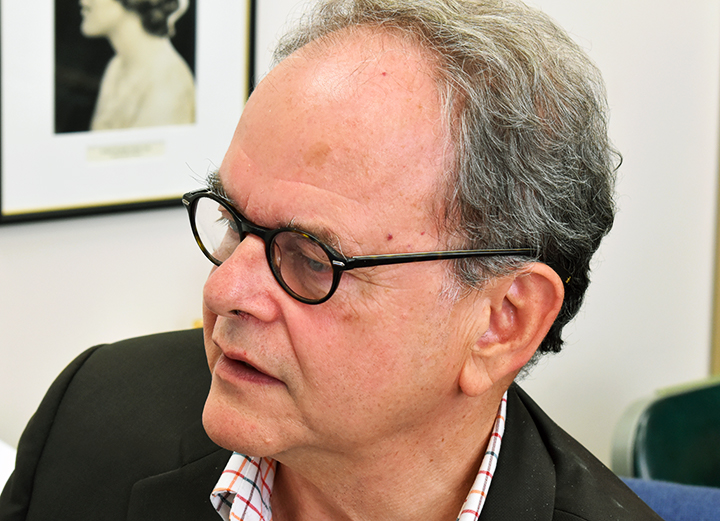 David Shields spent three years researching the lost plants of the American South in Thomas Cooper Library. This research culminated in a list of approximately 45 ingredients used in traditional southern cooking to locate. 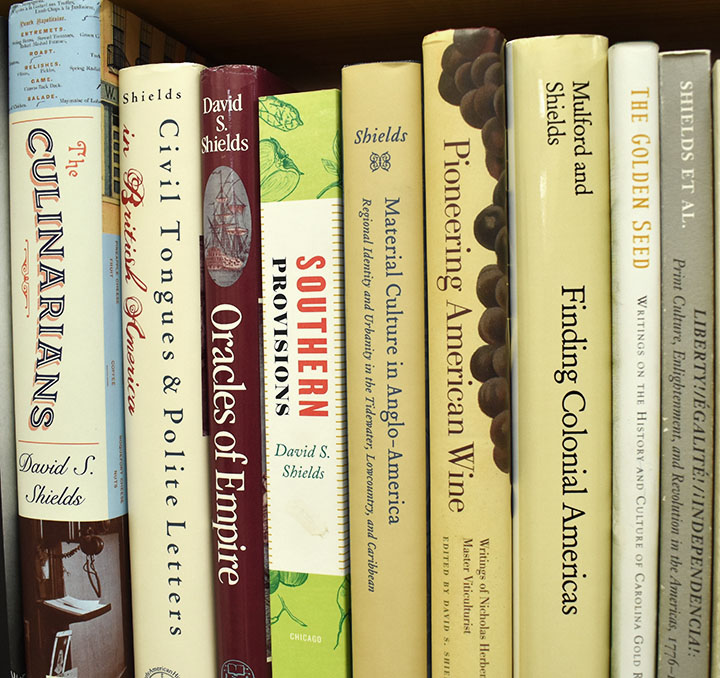 David Shields is the author of several books on a variety of subjects, including “The Culinarians,” the first ever compliation of restaurateur biographies. 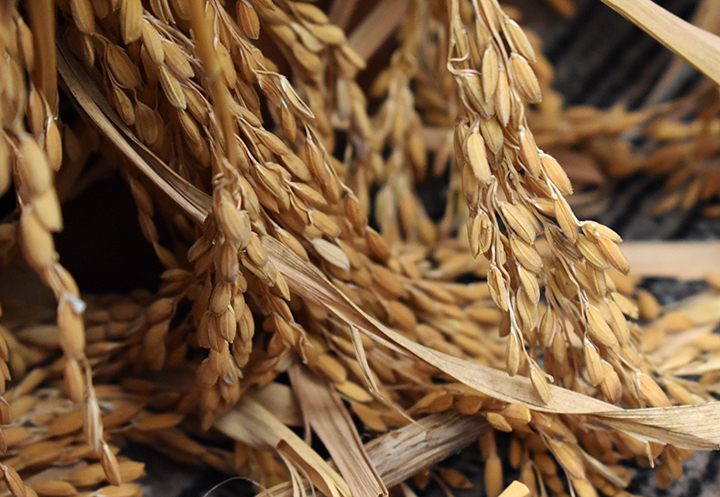 David Shields is the Chairman of the Board for the Carolina Gold Rice Foundation, an organization created in South Carolina to rebuild local culinary heritage and named after the Carolina gold rice grain, above. 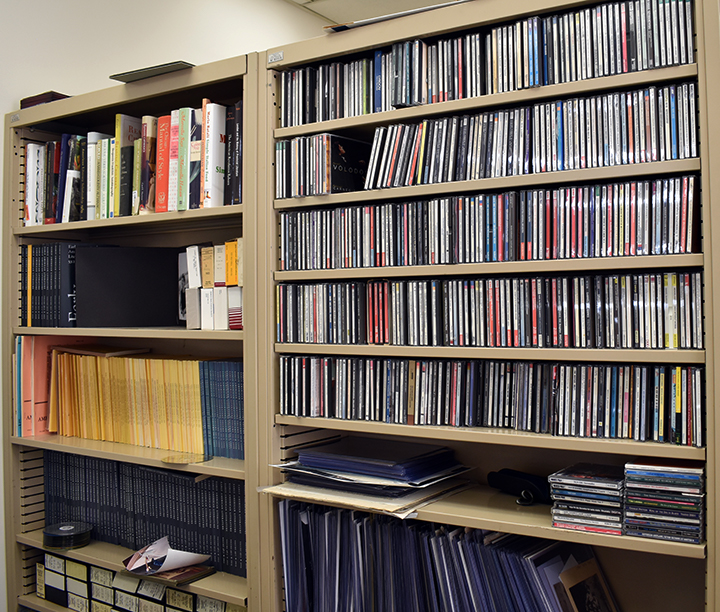 David Shields’ office has evidence of his many areas of study, including a classical Russian piano music library and American literary journal collections. 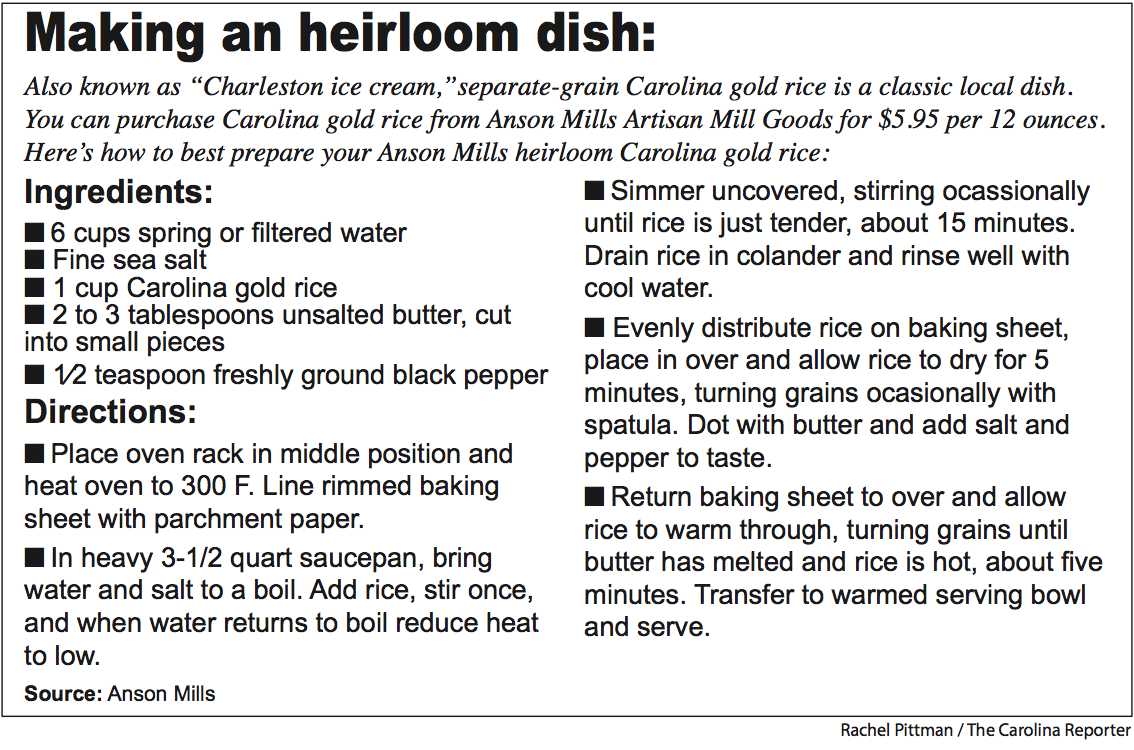