For many residents in the 29203 neighborhood along Columbia’s North Main Street, something as routine as a trip to the grocery store can be an ordeal.

Sydell Humphries lives off North Main Street.   With no car and a prosthetic leg, trips to the grocery store come few and far between.  It takes her nearly an hour to walk to the nearest grocery store, a Piggly Wiggly – something she’s only tried to do once.

“By the time I got back home, I was in so much pain, I chose not to do it again,” she said.

She’s even tried public transportation, which came with its own complications in the Columbia heat.

“My grandkids love ice cream.  So going to the grocery store without a car and getting ice cream, by the time I come back it’s soup,” she said.

Many of her neighbors have found themselves in the same predicament – carless and foodless.  North Main Street is one of Columbia’s most prominent food deserts, or a low-income area in which many people don’t have cars and the nearest grocery store is too far.  There used to be a grocery store, Harvey’s Supermarket, within walking distance from Humphries’ apartment.  But ever since that shut down in the last year, many locals have struggled getting access to fresh food.

The City of Columbia’s Food Policy Committee is working to improve food access by hosting public forums to hear directly from the people about how things can improve.

At its latest monthly meeting, committee members discussed possibly bringing a grocery store to the neighborhood to fill the void that Harvey’s Supermarket left.  But if no grocery chains are willing to come to the area, the committee is considering bringing a mobile food market to the area.  A mobile food market is a grocery store on wheels that could bring fresh food directly to the people.  It’s a model that has worked well in food deserts in the Lowcountry.

Food Policy Committee member Carrie Draper believes that the locals should have the power to decide what happens in their neighborhood.

“People are the biggest experts of their lives and their experiences and they should have control and self-determination over their lives,” Draper said.

Food is one of life’s most basic needs – a need that simply isn’t being met for people like Sydell Humphries in the North Main Street area, and in other food deserts across the state.

Humphries got her friend to drive her to Harvest Hope, a local food pantry, for her latest grocery haul.  Where will she have to go to get her groceries next time?

Even she isn’t sure. 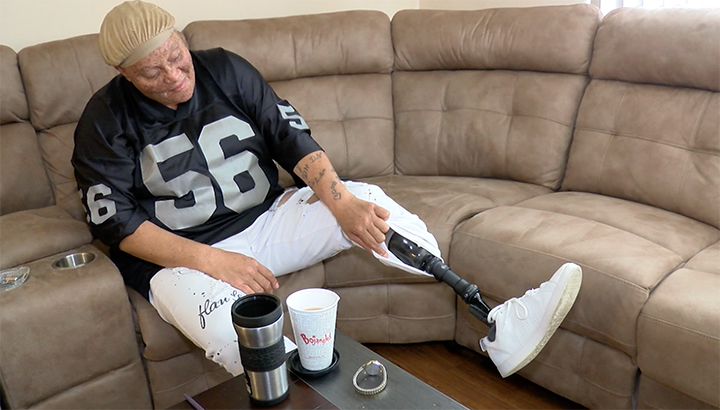 Sydell Humphries lives off of North Main Street and has difficulty walking to the nearest grocery store with her prosthetic leg. 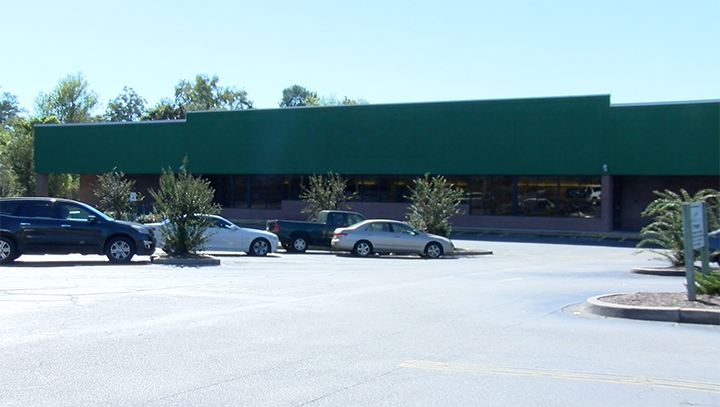 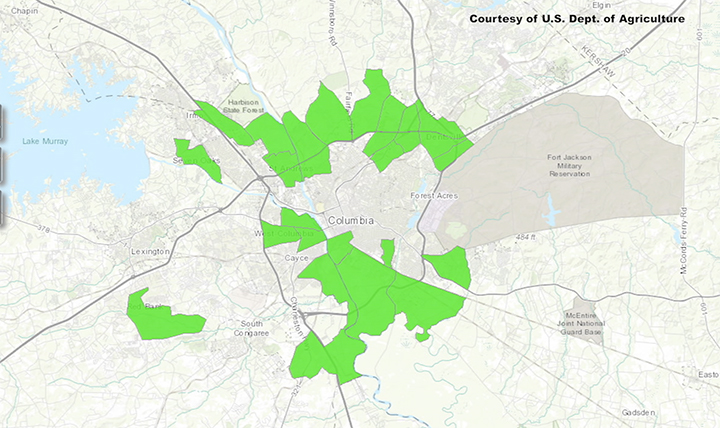 The green areas are food deserts located in the Columbia area. Credit: U.S. Department of Agriculture.