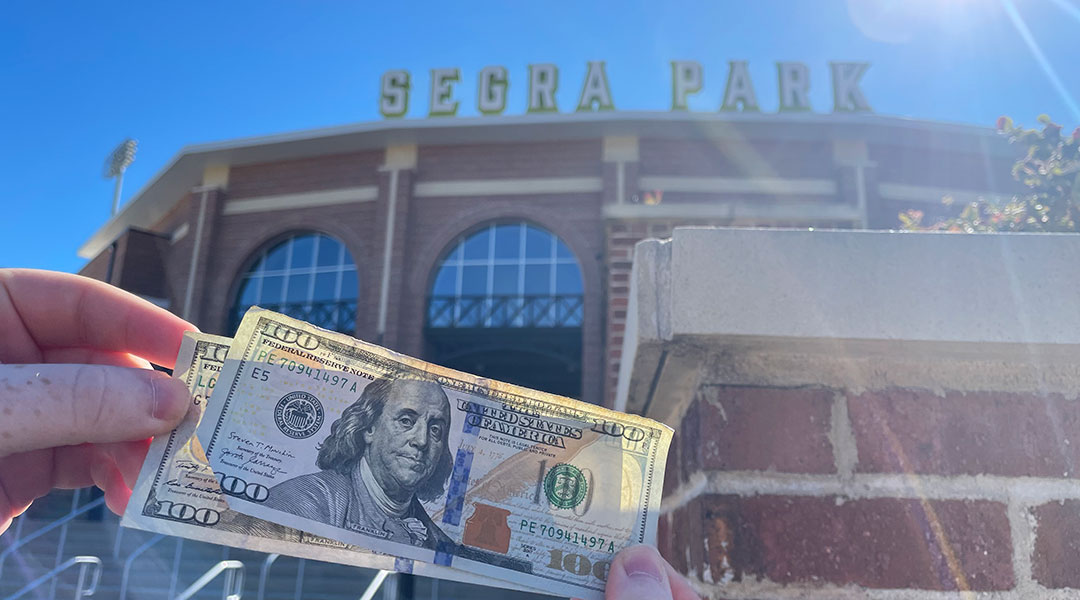 After already seeing increasing salaries increasing thought out the minor leagues in 2021, the MLB announced that they will be requiring minor league teams to provide housing to their players. Photo by Noah Patheja

In a monumental move for players’ rights, the MLB announced on Oct. 17 that minor league teams must provide housing for their players beginning next year. The move is a response to increasing pressure surrounding players’ rights.

John Kocsis Jr., the broadcast and media relations manager for the Columbia Fireflies minor league baseball team, views this as a step in the right direction.

“Obviously, it’s a positive for the players,” said Kocsis. “If you look back prior to the pandemic, the major league teams were probably paying them 300 dollars a week. Prior to this season, they had worked out a deal where single A players are now paid roughly 600 to 700 dollars a week, so making a living wage.”

Earlier this year, the MLB made a decision to increase minor league wages by 38-72 percent because some salaries hovered far below poverty wages. Currently minor league players earn an average salary of around $12,000 a year.

Noah Campbell, a former Gamecock baseball player, lives with his parents and stays in hotels for away games to handle the low salary that minor league players are given. Campbell plays for the Carolina Mudcats, a single-A affiliate for the Milwaukee Brewers. The average salary for a single-A player is $6,000, which is less than half of a minimum wage salary.

“After playing a season, it’s pretty clear that it’s tough to find places to live and find affordable places to live on top of that,” Campbell said. “It’s a pretty big deal to have all that [housing] covered for you. That’s one less stress off your mind. Baseball is already a super stressful game … it’s a really big step forward.”

There is no standard housing plan throughout the baseball organizations. Though major league teams have various plans to provide housing, many minor league players are left to find housing on their own.

“I was very fortunate to play for the Mudcats, and that happened to be 40 minutes from my parents’ house,” Campbell said. However, many of his teammates were not as lucky. The Milwaukee Brewers require their minor league players to stay in hotels during the season. The problem is, the players are required to pay for it themselves.

“A lot of the guys were staying in the hotel for $30 a night and they would have to check out every time we played away,” Campbell said.

Kocsis thinks every team will have a different housing plan for players in their organization.

“Honestly, I think it is different team-to-team,” said Kocsis. “For example, San Jose is a lot more expensive to live in than Columbia. Columbia is more expensive than Davenport, Iowa, where our high-A affiliate is. You can buy an acre or two acres of land in Davenport and you can build a building on it for a relatively cheap price.”

Kocsis anticipates the minor league teams will implement temporary fixes until they are able to establish long-term solutions. While this is a significant feat in the battle of players rights, the pay increase is still insufficient, according to Campbell.

The Advocates for Minor Leaguers called out the MLB for the unappetizing meals served to minor league players in one organization.

Players in the Oakland A’s organization shared these photos of their recent post-game meals.

No employer would serve these meals to employees they care about. Why are the A’s serving them to their future Major Leaguers? pic.twitter.com/cIFqiPg6iX

“A lot of MLB players are standing up for minor leaguers because they’ve played through it,” Campbell said. “There are a lot of independent organizations that have been started that want to help minor leaguers. Whatever they’re doing is working, so it’s really helpful.” 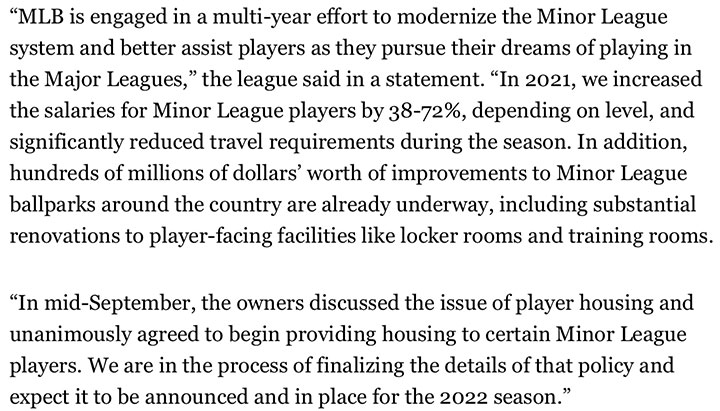 The official statement made by the MLB on Oct. 17. 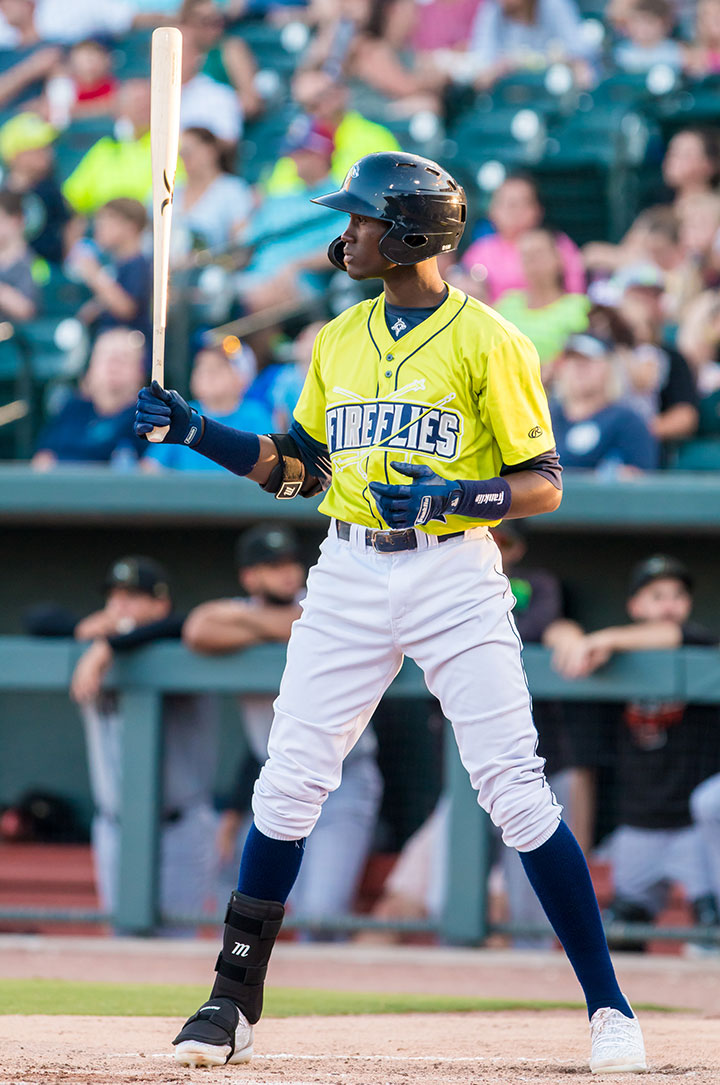 The Kansas City Royals, the major league affiliate of the Columbia Fireflies, announced that they had finished 150 apartment units that will solely be used by the players, according to Kocsis. Photo courtesy of Columbia Fireflies